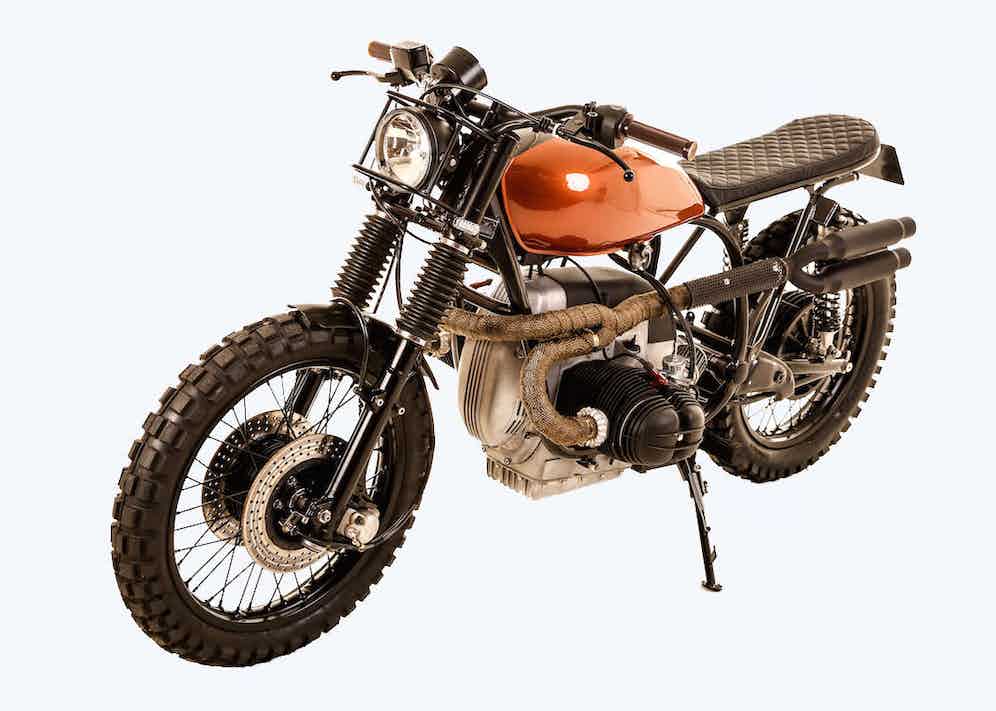 Kevin Hill, the proprietor, chief fabricator and sculptor of motorcycle art and the head visionary behind Kevil’s Speed Shop, is not an easy man to meet. Simon de Burton, The Rake’s contributing writer and a man of some repute on the motoring scene, was left baffled and thwarted on several attempts. Hill explains: “Many days I’ll leave the door to the workshop closed, so I can focus on building the bikes; otherwise I’ll never get any work done.”

The bikes in question, vintage BMW boxer twins characterised by their signature architectural flourish, protruding horizontal air-cooled heads, are re-imagined, re-designed and reborn through the aesthetic blueprint in Kevin’s mind. Hill is the René Redzepi of custom BMW builds, a man whose trailblazing status is belied by his earnest affability. (Indeed, the deal for Lava was concluded with one highly jovial three-minute phone call.) As such, The Rake saw fit to invest in a Kevin Hill creation as its first steed to populate the London-based stables of The Rake Motorcycle Club.

The machine in question, based on the 1979 BMW R100/7, is called Lava, in deference to its stunning orange paint, which is labelled ‘Vesuvius’ on the Land Rover colour chart. Hill’s prevailing philosophy while designing Lava was to express lightness and maximise negative space contrasted with a brutally elegant muscularity. As such, he eschewed the typically monolithic BMW gas tank, replacing it with a 1970s Kawasaki KZ400 unit while simultaneously replacing the top cover of the engine and leaving the airbox free-breathing. The battery has also been tucked under the frame to enhance the sense of dynamic transparency, while an all-new sub frame, designed and crafted by Hill, lengthens the wheel base, creating a dramatically menacing long, low stance enhanced by Lava’s minimalistic ultra-thin diamond-stitched seat and L.E.D. rear-turn signals and brake light masterfully integrated into the rear frame. Burnt decomposed dinosaurs exit through a titanium-wrapped two-into-one high-level exhaust.

As with all of Hill’s bikes, Lava’s frame was stripped bare then powder coated, while all mechanical components, including the engine, transmission and differential, were rebuilt. Hill upgrades every electrical component, replacing the fuel system and overhauling the brakes, resulting in a motorcycle that rides as beautifully as it looks. 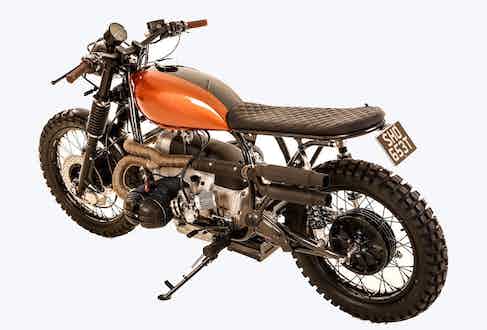 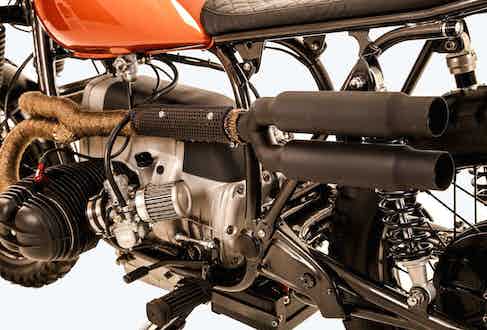 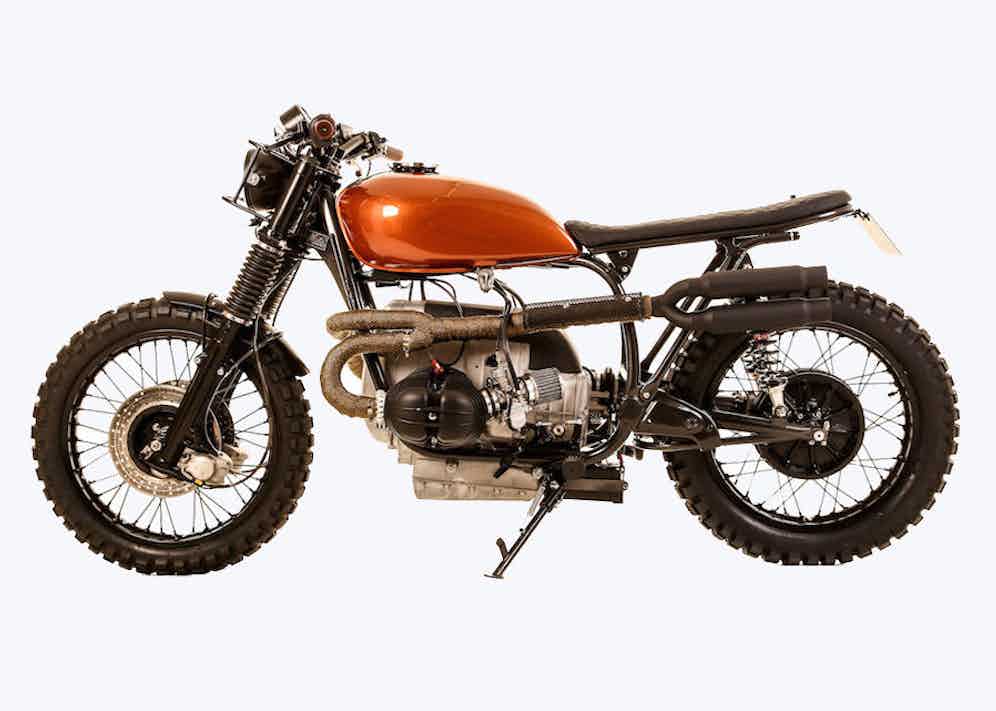