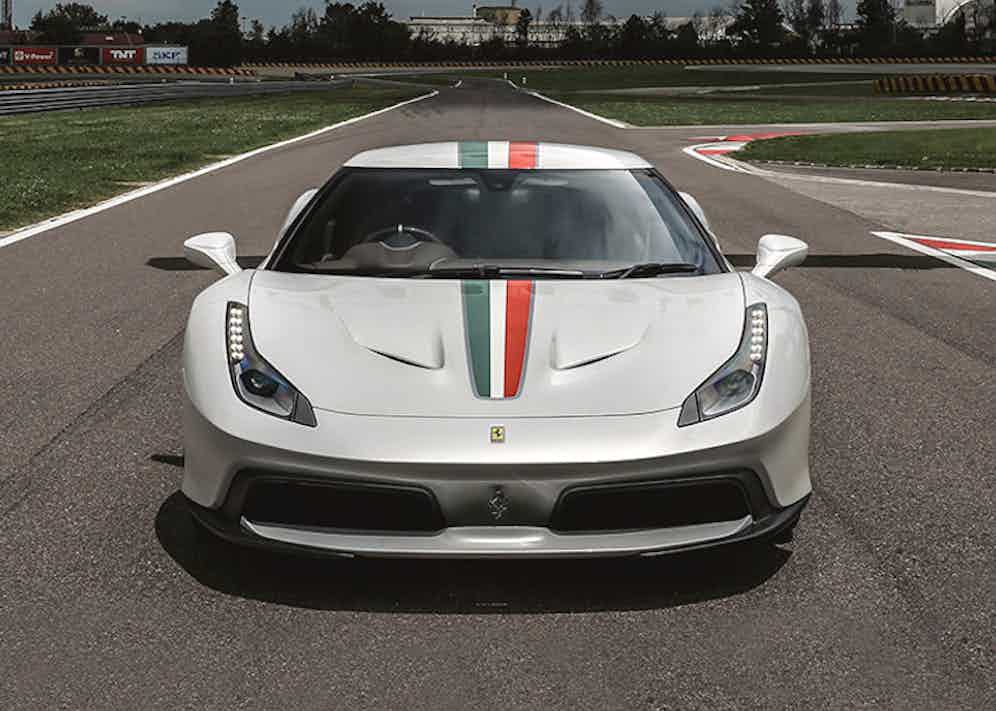 Ferrari are well into production of their new generation mid-engined supercar, the turbocharged 488. Instead of shunning its 458 predecessor though and its banshee Speciale edition, Ferrari is in fact celebrating it. At the request of a secret British client a one-off 458 has been built and designed in-house by the Ferrari Styling Centre, encompassing all that was great about the award-winning naturally-aspirated V8 screamer.

Named the 458 MM Speciale, the car is essentially a standard Speciale under the skin, yet it features completely redesigned bodywork that acts as a testament to the willingness and sheer creativity of Ferrari’s One-Off programme. In the same way that you can bespeak a suit from your tailor of choice, you can approach Ferrari and essentially build a car from the ground up, specifying anything from choice of leathers to steering wheel designs and in some cases exterior bodywork. This is exactly what this car’s enthusiastic British owner has done, and the result is rather spectacular.

As far back as the 1940s and ‘50s, Ferrari clients would insist upon adding personal touches to their cars, and with huge choice of fabrics, leathers, woods and finishes to their car, this was easily achievable. Perhaps the most famous example of this was when film director Roberto Rossellini charmed his beautiful wife, Swedish actress Ingrid Bergman, with a Ferrari 375 MM painted in a unique gilded grey colour of her choosing. This colour is now known as ‘Grigio Ingrid’ in Maranello. Ferrari is doing well to bring back this tradition of tailoring one’s supercar to one’s taste. The 488 MM Speciale features an even more dramatic silhouette to the standard car, with sharper lines and a more aggressive aero package. Most noticeable is the new ‘visor’ style front windscreen, which is reminiscent of the 1984 Ferrari GTO. With a black painted A-pillar, the windscreen appears to sweep around the side of the car, offering a streamlined look and the appearance of a lower roof line, all of which results in an aggressively poised stance.

"It features completely redesigned bodywork that acts as a testament to the willingness and sheer creativity of Ferrari’s One-Off programme."

The striking paint job is known as Bianco Italia, a pearly white paint that does well to showcase the revised angles and crevices, and running down the middle is a stripe that pays tribute to the Italian flag. The new bodywork is crafted from aluminium and composite carbon fibre making it exceptionally light, as you would expect of a high-performance Ferrari supercar.

It’s a risky business for Ferrari to take on commissions from its clients, especially when redesigned bodywork comes into play. Each car that leaves the factory is a marker of Ferrari’s work of course, and if it’s too out-there (electric pink is a possibility) or isn’t in line with their design ethos then it could reflect badly in the same way an ill-fitting bespoke suit would cause a more than few frowns. In tweaking the design of the 458 Speciale subtly though, Ferrari and their lucky British client have created something equal parts beautiful and desirable. It’s just a shame they won’t be making more.