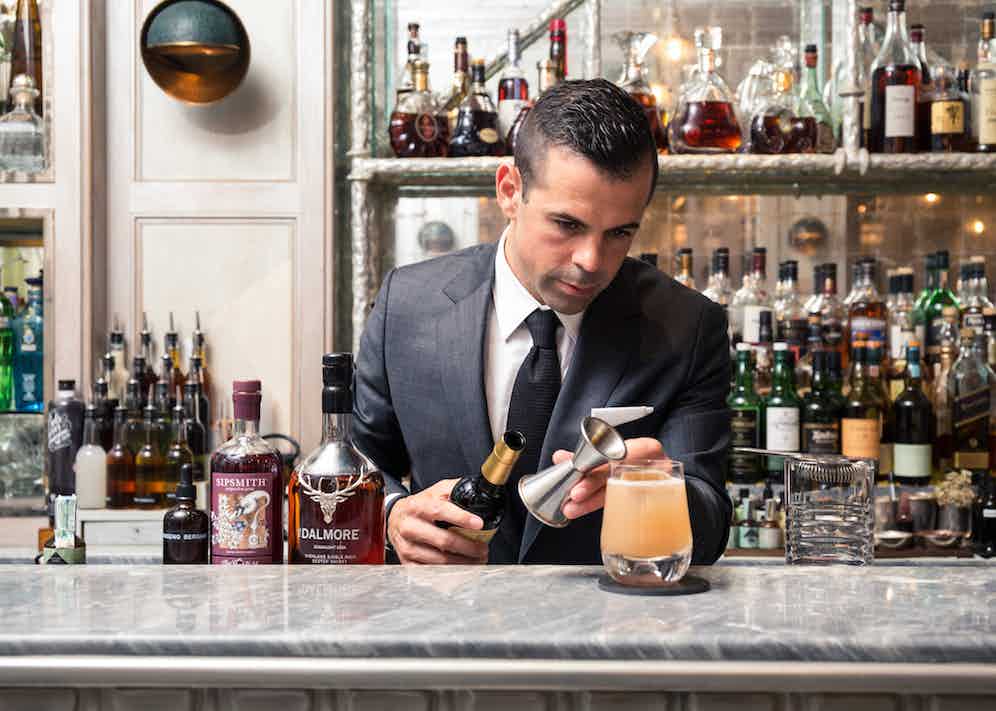 You might well ask, what does one of Britain’s foremost luxury automotive marques have to do with fine cocktail mixology? The answer, I reply, is more than you might think.

Indeed, Bentley has a long and illustrious history when it comes to cocktail making. When, during the early part of the twentieth century, noble Bentley drivers of old used to return victorious from Le Mans (as they did on countless occasions), they’d naturally want to celebrate in a suitable fashion – returning to Blighty and making straight for some suitably fitting bar or other – to partake in a celebratory cocktail or two. To this end, the first official ‘Bentley Cocktail’ on record was created by Harry Craddock, one of the most famous bar tenders of the Jazz Age, and was served in the Savoy from 1930. Purportedly a firm favourite of the hell-raising ‘Bentley Boys’, it was a cocktail very much of its time – a punchy blend of Calvados and Dubonnet Rouge.

Now, to coincide with the start of London Cocktail Week 2016 and in partnership with The Connaught hotel, Bentley has decided to resurrect this time-honoured tradition and breathe life once more into the legend of the Bentley driver’s victory cocktail. This truly is a partnership of greats, Bentley’s reputation as one of the foremost luxury car brands in the world speaks for itself, and the Connaught Bar, (a long-time favourite of The Rake’s) has just been voted the best bar in the world, at the prestigious 2016 Spirited Awards.

The man largely responsible for claiming this prize, The Connaught’s master mixologist, Agostino Perrone, has created an all-new take on the Bentley cocktail, adding a new stalwart to the bar’s expansive cocktail list. Perrone is nothing less than a master craftsman; boasting decades of experience, a natural affinity for the mystical science of mixology and the effortless sense of suavity that is the preserve of only the very best bar tenders in the business. He is then, arguably the perfect individual to bring to life the iconic Bentley cocktail once more.

"Perrone’s take on the eponymous cocktail is a creation that relies on the careful combination of finely tuned and delicately balanced elements."

Mirroring the pioneering combination of elegant design and precision engineering that characterizes the production of each and every Bentley automobile, Perrone’s take on the eponymous cocktail is a creation that relies on the careful combination of finely tuned and delicately balanced elements, working together in harmony to create a cocktail that stimulates every element of one’s palette. Dalmore Connaught Cask Scotch (blended by Perrone exclusively for the hotel), is combined with Sipsmith Sloe Gin, the best fresh lemon juice, egg white and a dash of the hotel’s signature ginseng & bergamot bitters in a shaker filled with ice. This is then shaken well and strained over a thick chunk of hand-cut ice (stamped with The Connaught’s own ice-stamp no-less), before a dash of 30-year-old Paolo Cortado Sherry is added and a garnish of green Mandarin essence and lemon peel. The result is a cocktail that feels particularly rich, savoury and complex, with notes of smoke, oak and peat from the scotch, deep, well-rounded fruitiness from the sherry, multi-faceted fragrance from the bitters and a glorious smoothness care of the egg white.

This new cocktail also chimes with the arrival of Bentley’s latest automotive offering, the exquisite Flying Spur V8 S, a sportier, performance driven version of the Flying Spur, which boasts more power care of increased engine output and sharper handling thanks to the car’s revised suspension, yielding one of Bentley’s most precise and dynamic driving experiences to date. Tuned for more power, the marque’s famed 4.0 litre twin-turbo V8 S engine now delivers 521 BHP, jettisoning the Flying Spur V8 S from naught to sixty in 4.6 seconds with a top speed of 190mph. The V8 S’s styling has been tweaked to reference its enhanced sporting credentials and to lend the car its dark, dramatic edge. Not that the requisite touches of signature Bentley luxury are forgone - for example, amongst other things the car features a beautiful bespoke Mulliner drinks cabinet for a touch of old-schoolmodern British elegance, a fixture which served the first ever Bentley cocktail mixed by Perrone. For those not in the know, Mulliner is Bentley’s specialist coach-building department – the place where customers send their cars to be fettled and fine-tuned to suit individual tastes.

Fun and frivolous though this may seem, the pairing of this newly resurrected cocktail with the Flying Spur V8 S does serve to illustrate a serious point; the Bentley cocktail draws upon the same dexterous blend of finely poised and composed elements as the cars which the marque produces, as Perrone explains, “creating a new cocktail is a balancing act. Handcrafting the bitters from aromatic herbs; seamlessly blending the flavour of the alcohol and mixers; and even ensuring that the ice is cut correctly – attention to detail is all important.” In short, the Bentley cocktail encapsulates the same luxurious values of a Bentley automobile, referencing their enduring sophistication, uncompromising precision and effortless composure, and that is no mean feat. 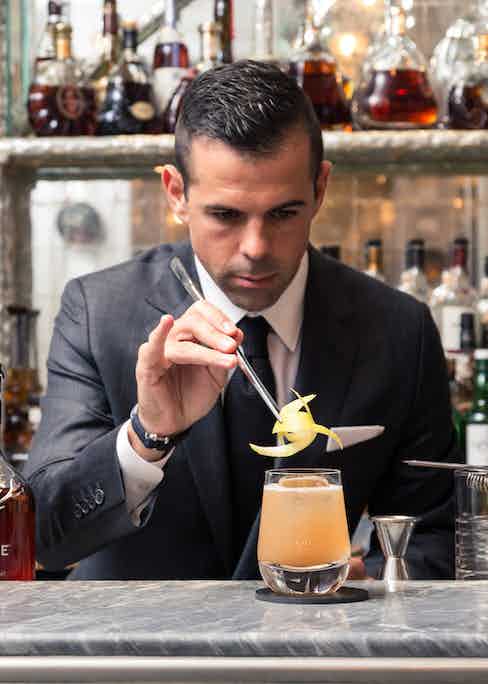 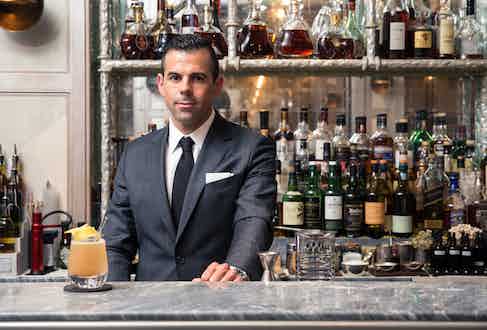 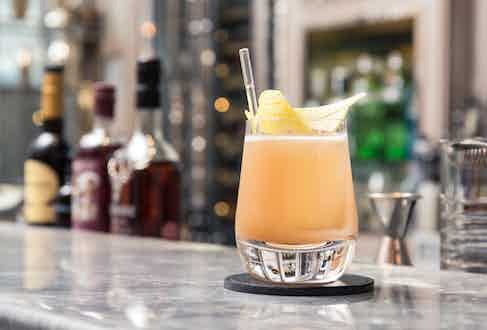 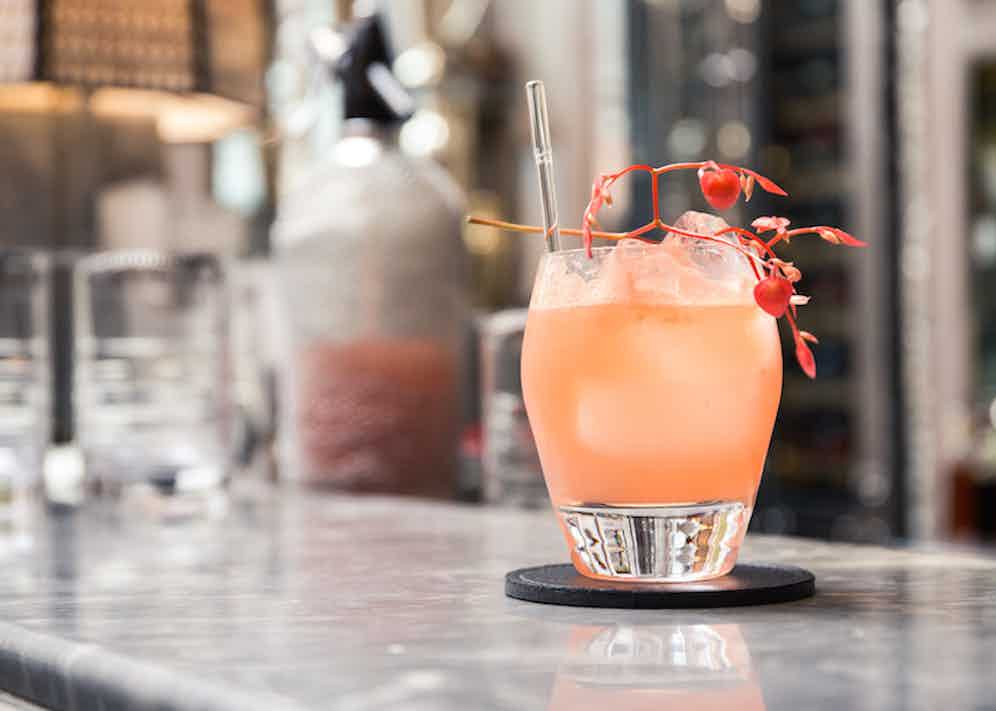 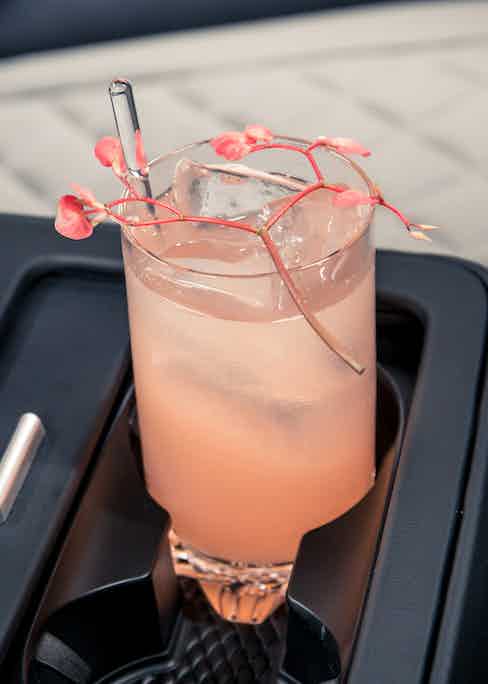 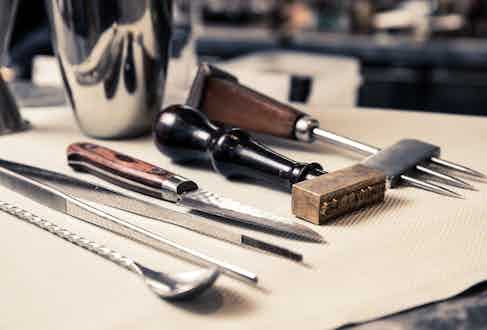 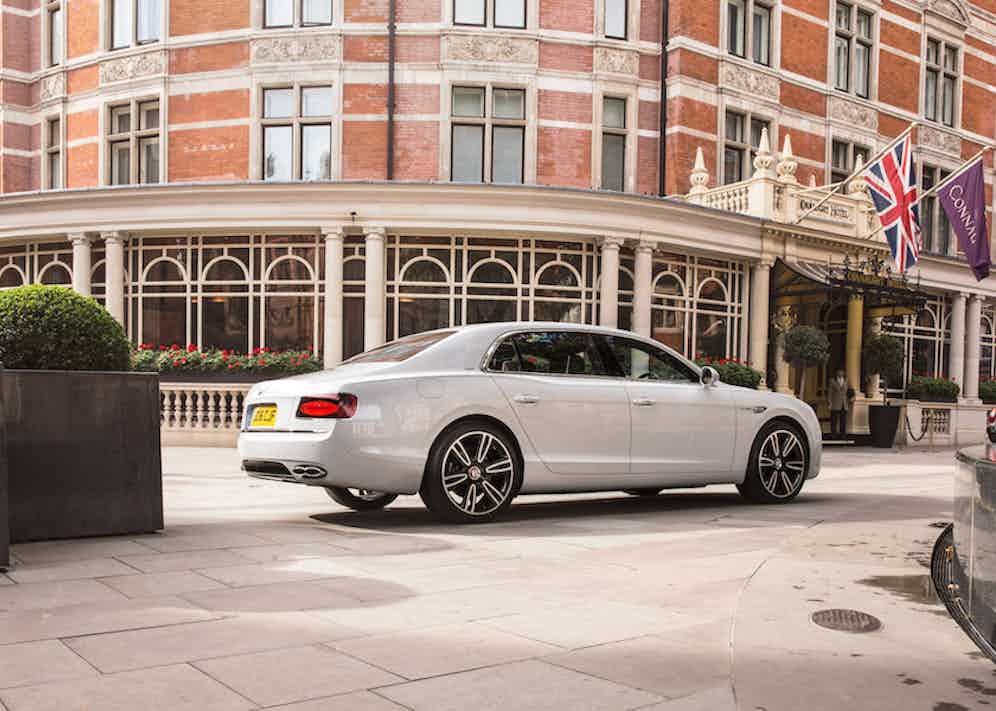 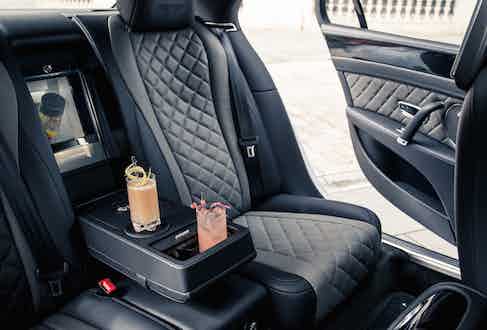 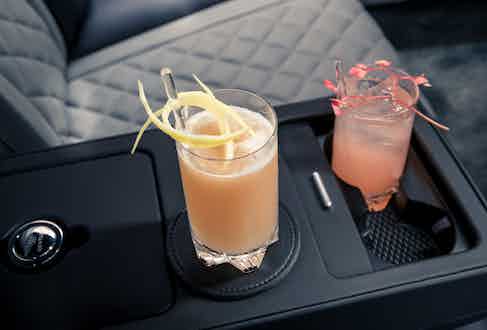