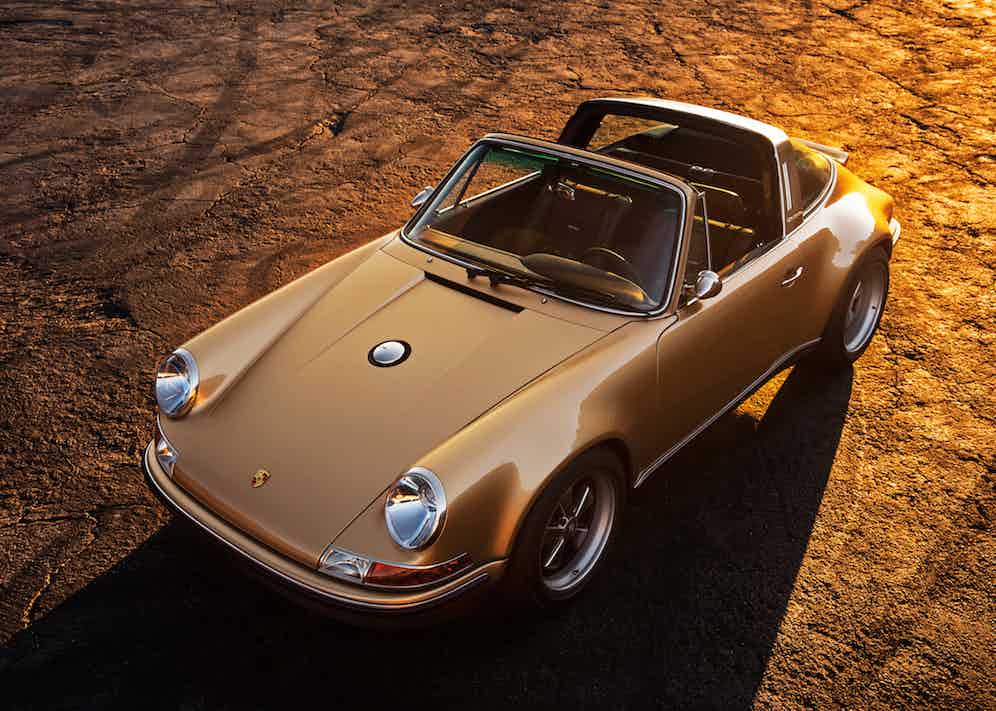 It’s hard to put into words just how beautiful a Porsche 911 by Singer is the first time you see one in the flesh. You’d be forgiven if your initial thoughts were of a sexual nature, such are the arresting curves that have become the signature of these automotive works of art. The question your fumbling brain produces will likely be, ‘How is this possible?’ How is it possible that a small, independent Californian outfitter has managed to take the greatest sports car of all time and improve the way it looks? How is it possible to achieve such a minute attention to detail, from the tapered nickel door handles to the sculpted fuel cap? The answer is time, money and an unwavering dedication to perfection, spearheaded by company founder Rob Dickinson. The next question you might ask yourself is, ‘Why couldn’t I think of this?’ Because when you think about what Singer have done, it’s the greatest idea in the history of mankind: to take the best bits from every-era Porsche 911 and splice them together to form what is surely the ultimate road-going sports car.

The recipe is this: take the underpinnings of a 964-era 911 (the best driver’s 911), strip it back to the bare metal, fit carbon fibre body panels modelled after the 1960s’ 911s (the best looking era), and throw in a meticulously restored mechanical package including a completely re-built flat-six boxer engine. The result of this automotive gene splicing is a car that looks as though it’s straight out of the sixties but with a driving experience more akin to performance cars of today — the best of both worlds.

Dickinson says of the process: “The client’s tired old 911s are stripped, appraised, re-engineered, strengthened, and dressed in carbon fibre. The drivetrain is rebuilt to state-of-the-art specifications along with the entire mechanical and electrical package. State-of-the-art componentry, along with the best Porsche parts, are incorporated along with the most meticulously executed interiors. Every inch of the car is considered, restored and optimised to fulfil the owner’s dreams of the ultimate driving experience”. Basically, Dickinson is the fulfiller of dreams. “We restore many components from the client’s car in addition to installing many new Porsche parts, state-of-the-art new parts and parts we generate ourselves,” he says. “It’s a complicated process that involves a special partnership between the owner and Singer, focused on renewal, restoration, re-engineering and re-invention to make the owner’s dream a reality.”

Only the finest parts from the most esteemed manufacturers are utilised. While every Porsche 911 by Singer is different and built to the owner’s exact specifications, a typical car will feature Brembo brakes, Öhlins dampers, Hella xenon headlights, Recaro seats, Cosworth-tuned engines, and carbon fibre made by Aria, who supply to the likes of Mercedes-Benz and Tesla. It’s a potent combination and one that creates a car that drives as well as it looks.

"Every inch of the car is considered, restored and optimised to fulfil the owner’s dreams of the ultimate driving experience”.

Speaking of the engine, it comes in three guises: the ‘standard’ 3.6-litre Cosworth-tuned flat-six pumps out 300bhp, which is a fair heft more than the 247bhp unit found in the original 964 Carrera. The middle-of-the-road engine is bored out to 3.9-litres and produces a healthy 380bhp, which is perhaps the perfect combination for road use and the occasional track day. For full-on savagery, though, Cosworth can amp up the engine to 4.0 litres with a power output of 425bhp, which is well and truly supercar territory, especially when you consider the car’s meagre weight of just 1200kg. With an estimated 0-60mph time of well under four seconds, in this guise the Singer is a tarmac-eating track animal. Singers are, of course, designed to be driven, despite the museum-ready attention to detail — they are, as Dickinson calls them, “rolling, durable weapons of love, art and performance”.

There are certain commodities within the sphere of luxury that are truly exceptional. A bespoke suit, perhaps, which can take up to 110 man hours to create, all stitched and produced by hand. Or a luxury Swiss timepiece, with its hundreds of minuscule parts, all of which harmoniously work together to perform the art of keeping time. Cars only rarely fall into this category, of objects that leave no stone unturned and with no detail deemed too insignificant. Singer cars almost certainly do, however, and this is what makes their models special. Every aspect of each car that leaves their workshop is meticulously contemplated, from the hand-stitched, quilted leather engine bays to the centre caps of each Momo Prototipo steering wheel, which are machined from a solid piece of billet and embossed with the Porsche insignia.

The signature wheel arches you see now were originally hand-clay-sculpted to achieve the perfect shape, and the wheels themselves are special 10 x 15’’ Fuchs alloys, which deliver the perfect level of tyre stretch over the more usual 9 x 15’’. And you just have to take one look at the bespoke interiors to realise the kind of perfection that is being achieved here. Dickinson explains the mentality: “I scrawled ‘everything is important’ on our shop wall one evening after realising that no single area of the car is more important than another. We share obsessiveness with our owners. I believe we are one of the few companies that obsess equally about the weight of the engine’s con rods and the grain of the leather on the seats.”

Obsession is generally deemed to be a negative trait, yet when employed in Singer’s manner, it produces remarkable results. Clients will pay upwards of £250,000 for them. Is this worth it, for what is essentially a rekindled Porsche 964? Absolutely.

Originally published in Issue 47, available on newsstands now or you can subscribe here. 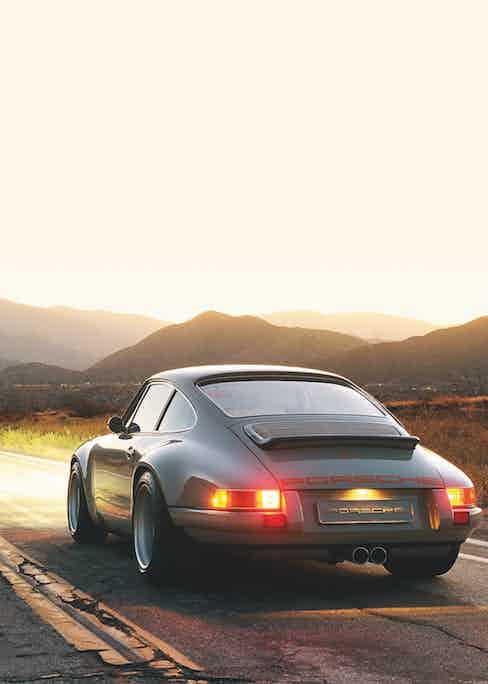 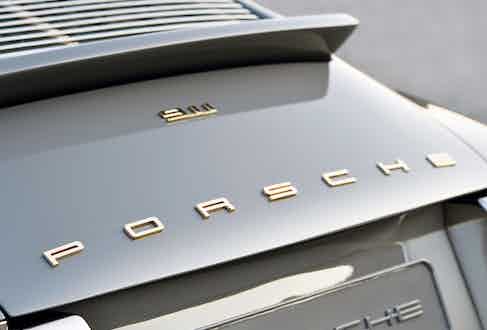 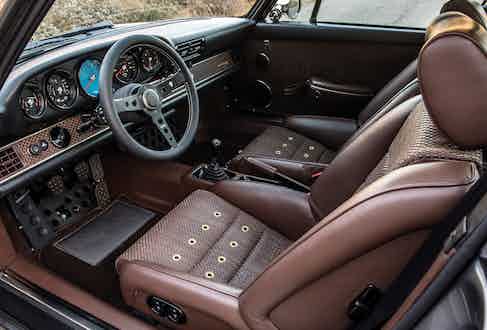 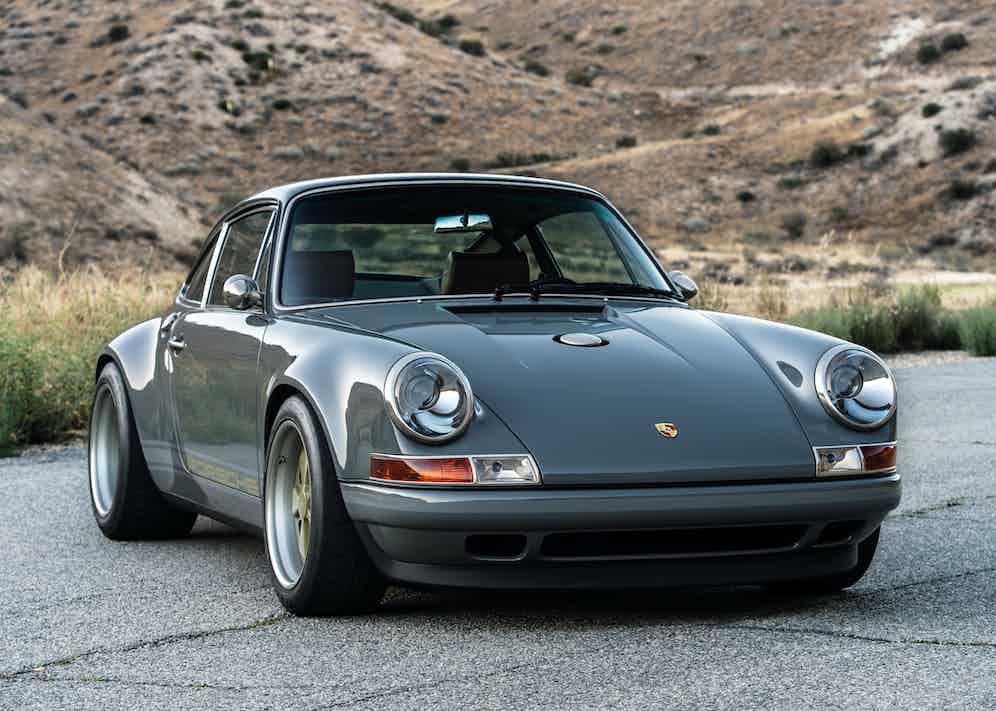 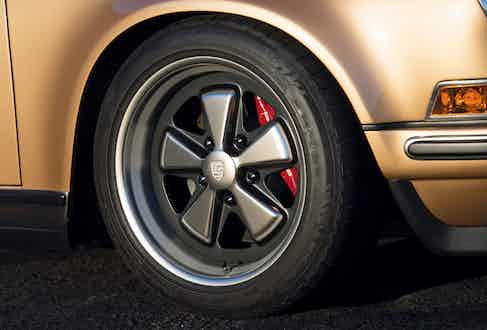 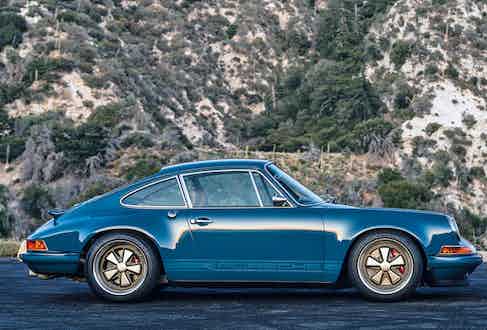 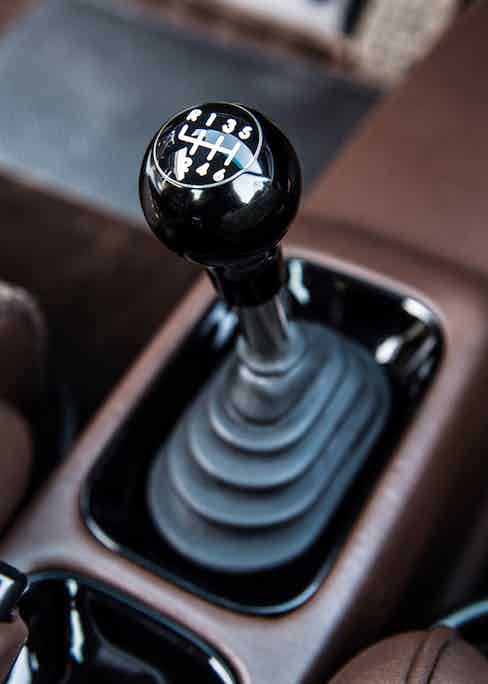 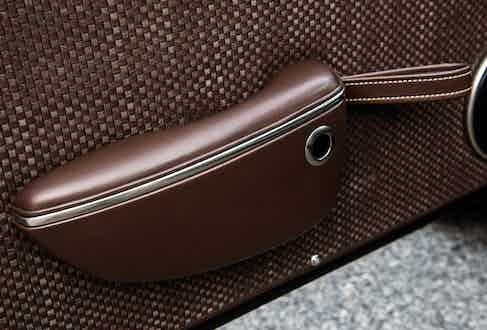 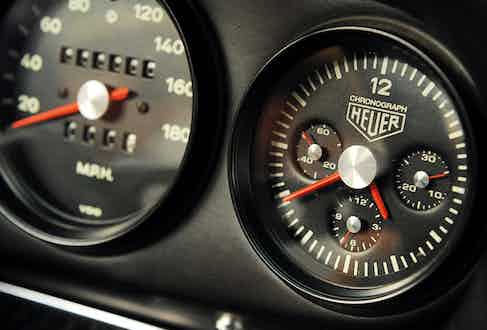