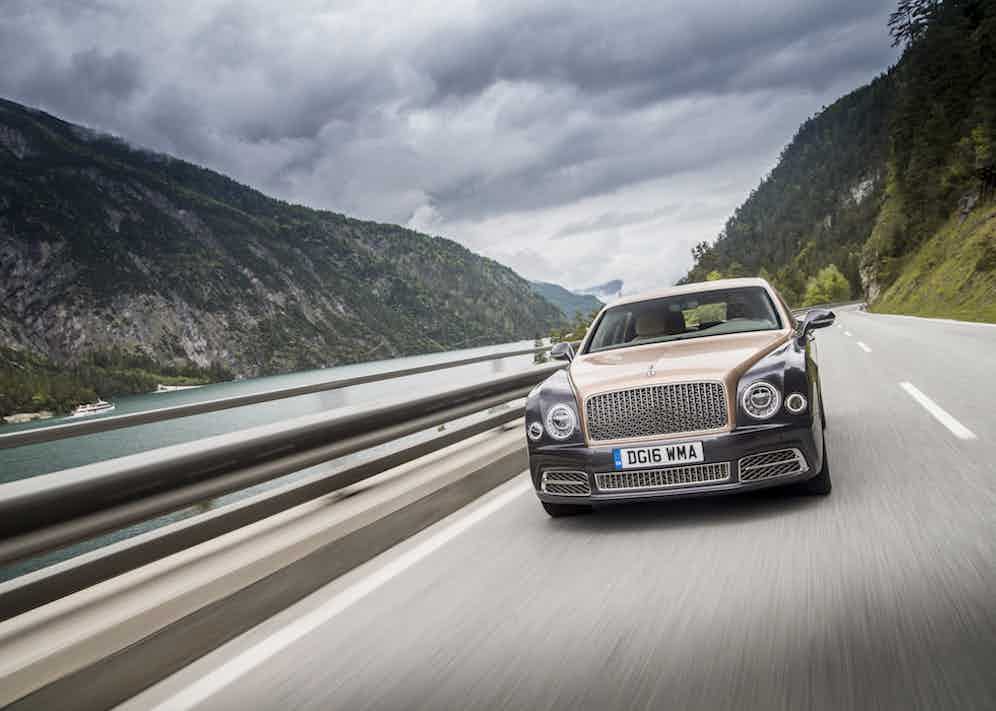 You know how the most upmarket pub in a moderate sized British town is so life-restoringly peaceful on Sunday lunchtimes, as compared to the rambunctious Saturday night before – the congenial calm after the fluorescent-shirts-and-Stella-vomit tempest? So it is with The Alps’ glorious charm in the summer months, as compared to the machismo, crap techno and sheer thrum of human interaction that dominates much of Europe’s longest mountain chain during the ski season.

During the Alpine summer, bears and lynx roam the abundant wild zones; thousands of vibrant plant species, invisible under layers of soil and snow during winter, bloom and flourish. The air quality is even better and, during this visit, the sun was out with a vengeance. So it was a perfect setting into which The Rake set off from the Schloss Elmau Luxury Spa Retreat and Cultural Hideaway, about an hour’s drive from Innsbruck, Austria, to test the new Bentley Mulsanne’s credentials.

We put pedal to the metal, so to speak, with pretty high expectations. Bentley is asserting that the 2017 version of the Mulsanne, in terms of refinement, performance and comfort, raises its flagship model up to a new echelon. In fact, the changes made are the most extensive since the Mulsanne replaced the Azure, swanky new rear-drive architecture and all, back in 2010. So how does the driving experience measure up to the marque’s swagger?

The Autobahn is the perfect setting to test improvements such as the new noise abatement technology. As governments both sides of the Iron Curtain learned during the Cold War, expensive technical brilliance creates the need for further expensive technical brilliance, and Bentley’s progress in ditching the decibels has been so successful – think hydraulic bushings applied to rear sub-frames and other such inducements to fake nods of understanding – that in-house test drivers began complaining of the noise of the tyres on the road.

"It demonstrates neatly the painstaking, every-nanometre-counts approach to the pursuit of excellence, a core tenet of this title."

Hence, the tyres here have a new layer of specially developed sound-absorbing foam that reduces what can be heard of the wheels rolling over Tarmac by 50 per cent. I mention all this not because it’s beard-fingeringly interesting in itself, but because it demonstrates neatly the painstaking, every-nanometre-counts approach to the pursuit of excellence, a core tenet of this title.

The technology does make a noticeable difference to the driving experience – the in-cabin sound levels at 160kmph call to mind being in a Prius doing 10kmph. And talking of the foot-down autobahn experience, performance junkies will revel in the handling and responsiveness of a vehicle whose adjustable shocks (there are three settings: Bentley, Comfort, and Sport), 8-speed automatic transmission, carbon ceramic brakes and 530 horsepower, twin-turbocharged 6.75-liter V-8 engine make for a ride which feels hair-raisingly zippy despite the serenity afforded by the aforementioned high-tech hush, not to mention the palatial splendour afforded by touches such as the church-organ dash switches, quilted leather panelling and concertina blinds which, for the privacy of back-seat passengers, glide across the rear side windows.

Were it to feature on the markedly grunt-oriented Top Gear, the Mulsanne Speed version would steal the show, boasting as it does the handling and performance of a scaled-up sports-car; the Extended Wheelbase model, with its Air Force One-style rear interior – think pop up entertainment tablets, extending leg-rests, fold-out tables and an optional fridge with three crystal champagne flute - will be favoured in the markets in which well-heeled consumers are generous enough to let their chauffeurs take the wheel.

For The Rake, though, purring through the foothills of Bavaria, around the shimmering splendour of Lake Constance, being in any seat but the driver’s would have been an act of automotive blasphemy. 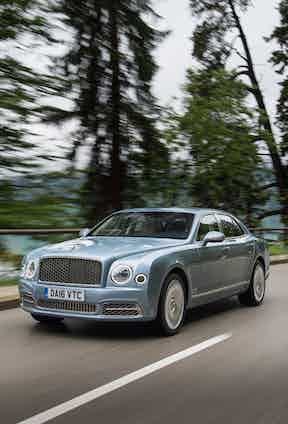 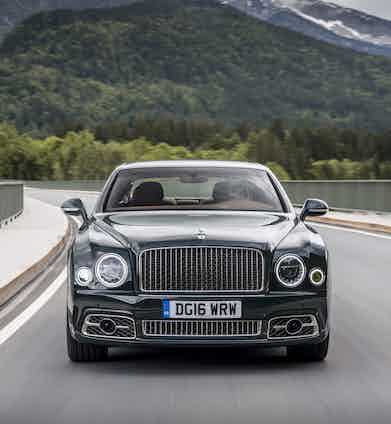 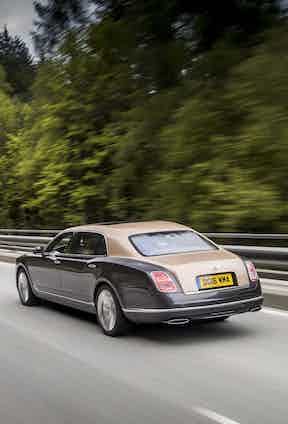 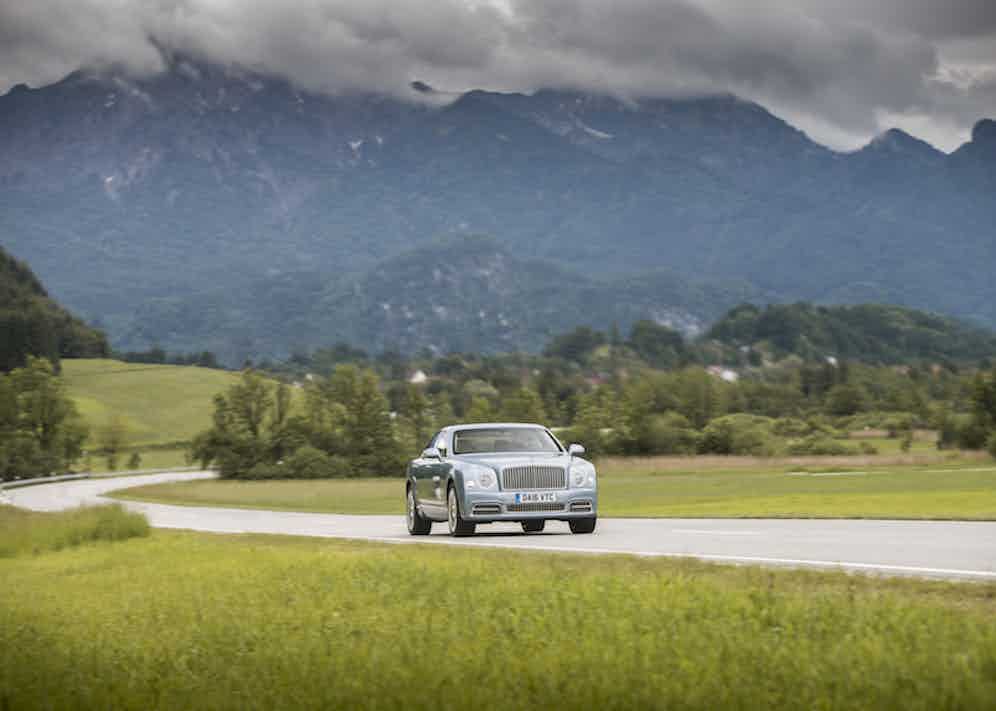 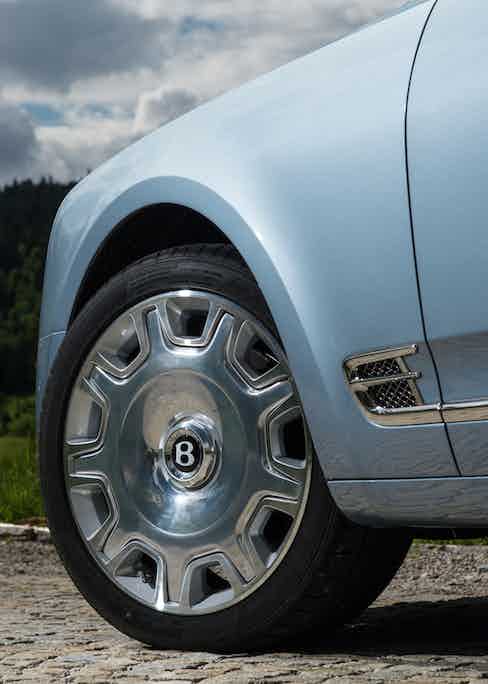 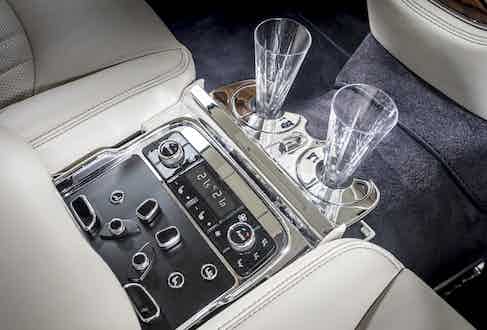 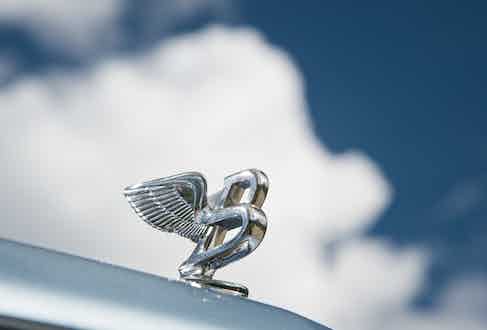