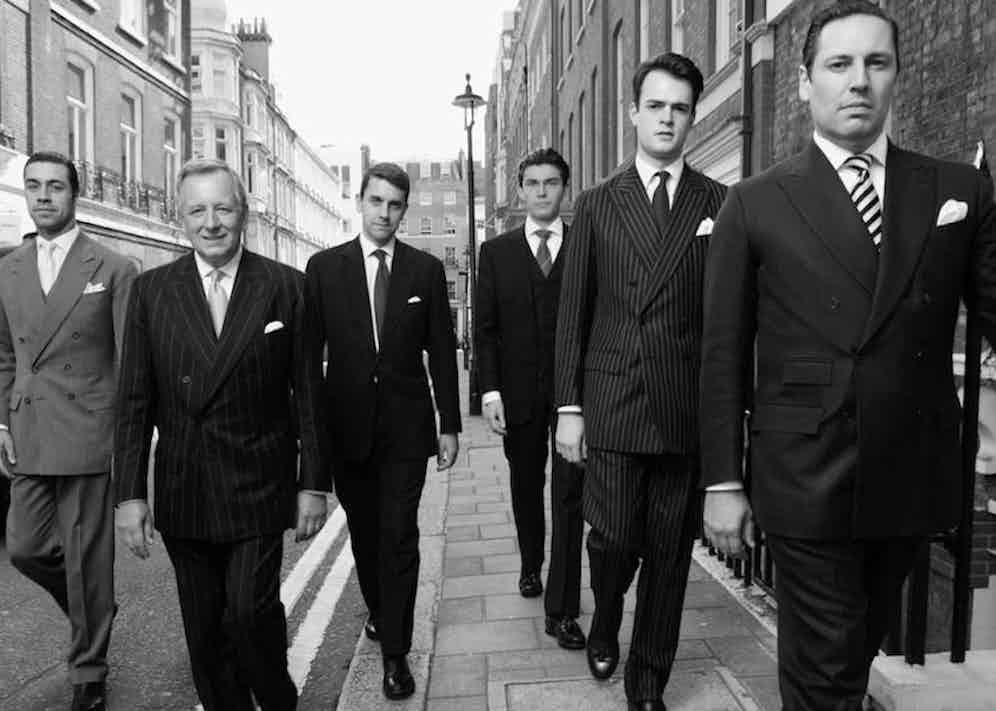 The Rakehas always been a proponent of what one might call sharpness when it comes to tailoring. A cleanness of line, a neatness of silhouette, a certain nobility when it comes to structure and to shoulder. A heroic quality. However there is another school of thought when it comes to tailoring, and never let it be said that it is held in anything less than the highest regard either. I speak, of course, of British drape. Today it is only practiced in its purest form by a few, but when executed with élan, British drape offers a uniquely relaxed and individual approach to elegance.

British drape’s creation is usually credited to Mr. Frederick Scholte. Scholte, a Dutchman working out of Savile Row, designed the style for Edward VIII, then the Prince of Wales. The style’s fundamental features are a small, high armhole with additional fullness given instead through the sleeve head, a natural shoulder line and a full chest with a distinctive vertical drape, from which the style takes its name. Colin Heywood, Managing Director at Anderson & Sheppard (which was founded by Scholte’s protege, Peter Gustaf Anderson), elaborates: “Basically what we like to do is incorporate drape through the chest. We cut a high armhole and what that does is help keep the body of the jacket in position and give you good, free movement. In a sense, it sounds like a contradiction when you say the armhole is high, because customers sometimes think that means it’s going to be restrictive, but it’s not; it actually enables it to fit like a glove. The thing with the drape is that it allows that movement because of the high armhole and it also looks elegant as well.”

That soft, malleable approach to tailoring may be par for the course for many makers today, but when Scholte introduced it, it was nothing short of a revolution. British tailoring, by and large, was and is known for its structure and rigidity, stemming from the craft’s military heritage, so for this naturalistic, almost impressionistic style to be introduced - at the behest of a Royal, no less - caused its share of commotion. “A lot of tailors come from a military background,” says Heywood. “They would have been around and made a lot of military uniforms and things like that. That kind of tailoring is much more structured, and it needs to be so from an appearance point of view as it’s portraying a physique. It’s building everything up and making the person that’s wearing it look powerful. With drape we use a very soft canvas, it’s only really serving as the foundation, it’s not controlling the fabric in any way.” 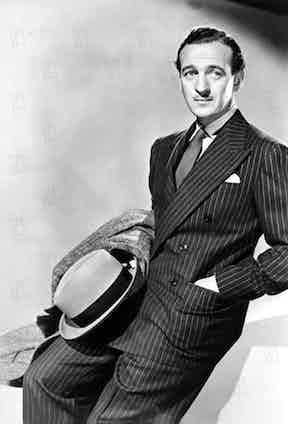 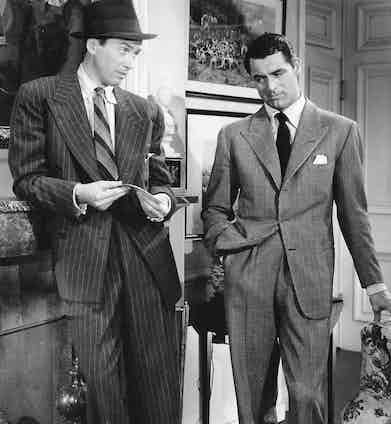 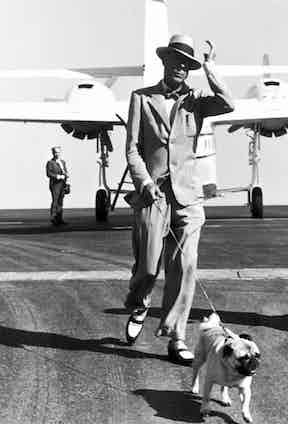 British drape was created, of course, when most tailoring cloths were between 13oz and 20oz - extremely heavy by today’s standards. This weight was part of what allowed the cloth to drape so elegantly when cut in this way, but modern cloth’s ever-lighter and ever-finer nature has offered its own challenges for contemporary tailors working in the style. “You’ve got to have the techniques and the cutting skills and the tailors. The craftsmen have got to be even better than they were thirty or forty years ago,” says Steven Hitchcock, whose eponymous firm has built it’s reputation on the style. “When you look at [one of our suits], hopefully it will look the same as Cary Grant, Fred Astaire and the Duke of Windsor, but the tailoring is actually much better. With more lightweight cloths, the tailoring is much more luxurious now, but it’s very difficult to achieve - we can only make 150 suits a year. You have to be a much better craftsman today.”

What British drape offers is a fit and feel closer to what one might find at one of the great Neapolitan houses. Indeed, it’s no coincidence that Rubinacci’s insignia features the initials LH, for London House, such is the debt they owe to the style. “The Neapolitan tailors, although they do it very soft, they use less drape than we would do,” says Heywood. “We cut a wide shoulder as well. Although it’s minimal padding, we prefer to start wider and come in.” That easy-wearing comfort, however, is something both styles have in common. “The drape cut, when it’s cut correctly, is soft and moves with you,” says Hitchcock. “If you’re wearing something soft and drape-y it just moves with you. You sit down and it shifts with you. You stand up and it looks fantastic. You’ve got movement. That’s the whole thing; the comfort of the cut.” And that comfort, and indeed that personality, is what makes the style so enduring and so special. “It doesn’t look uniform,” says Hitchcock. “You don’t get the same silhouette or shoulder line as everyone else, you get your own. When you walk into a meeting, it’s you. It’s not a clone. That’s what this suit will give you - an individual look. For me the soft coat, it’s unparalleled. Nothing else touches it.” 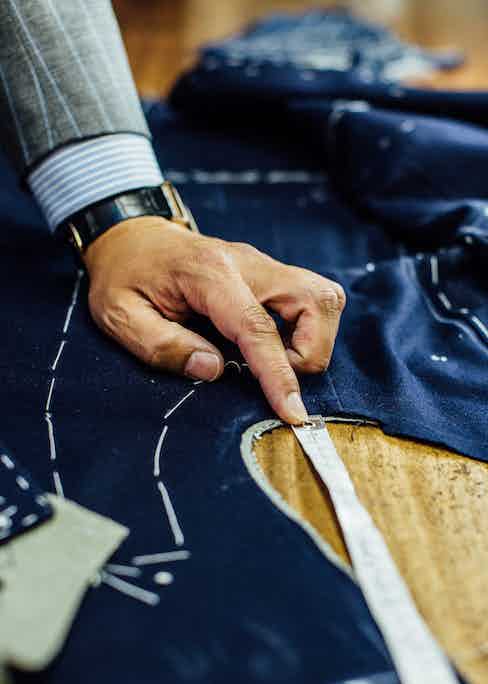 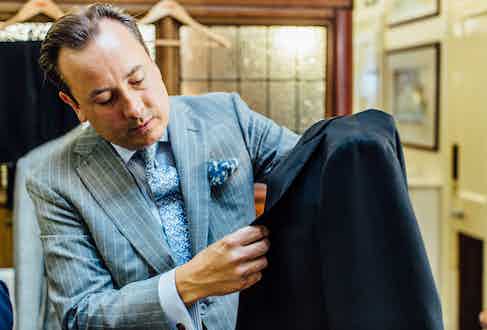 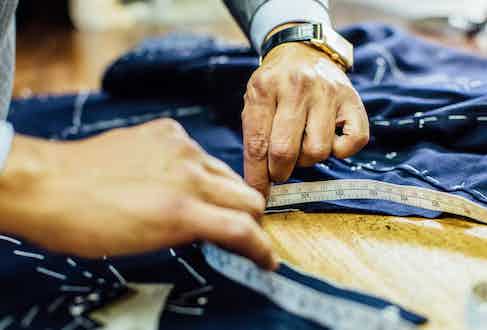 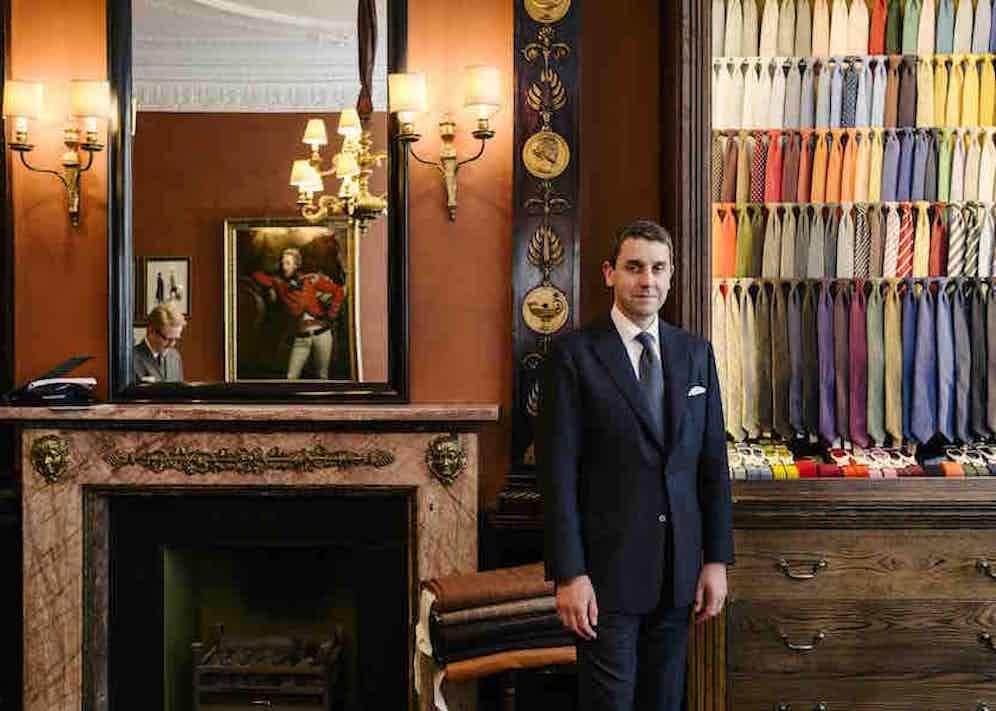 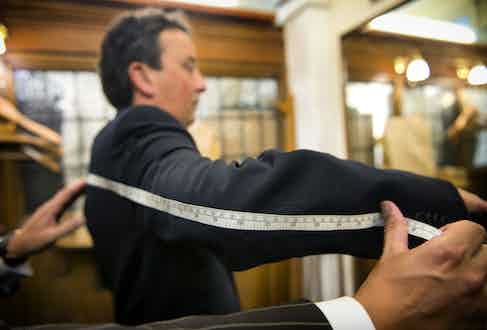 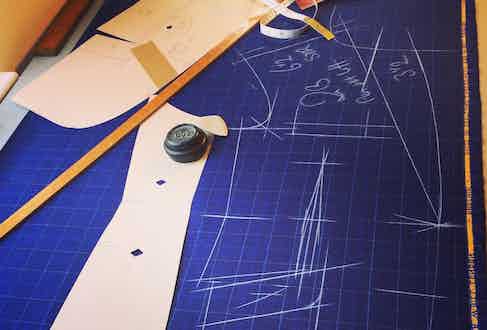