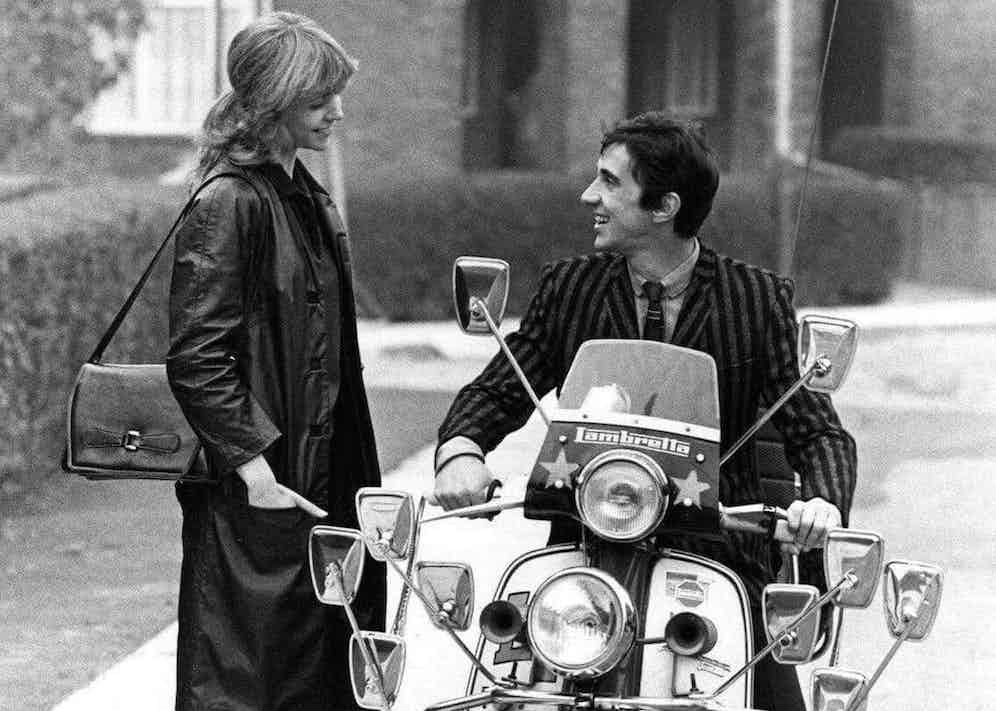 I remember the first time I watchedQuadrophenia. It was 1983 and my family had recently purchased a VHS player (a very nice JVC toploader) and joined the local video club. Amongst the usual fodder of action movies and college sex comedies I rented and enjoyed was the British filmQuadrophenia. Chosen by my father, who was amodin the sixties, it was a startling contrast to the American films I had been viewing. I loved it. The language, the music, the style.Set in 1964 and based on the 1973 concept album by The Who, it tells the story of a young suburban lad by the name of Jimmy Cooper, played with such enthusiasm by Phil Daniels.Frustrated by his surroundings, he takes great pride in being a mod as it gives him a sense of identity away from his parents’ normal existence. The dialogue is razor sharp, very realistic (at least to anyone from London) and very quotable.

Stylistically the film is as much about the mod revival of 1979 (when it was released) as it is the 1960s, and is littered with historical inaccuracies, but that doesn’t matter. The low production values only add to the film’s charm - if you can call a movie that drops the c-bomb regularly ‘charming’. The scene where Jimmy talks with passion and excitement about the suit he is having made - to impress Steph (played by a young Leslie Ash) - is priceless … “three buttons, side vents, sixteen inch bottoms, dark brown”, he raves. With this suit he is no longer just a junior in the post room of a Soho advertising agency. He becomes a “face”; a well-dressed mod to be admired by his contemporaries.

There is another great scene where Jimmy goes to the tailors to pay the last instalment on his suit. Before the days of credit cards or free bank accounts this was the way for the working class to obtain made-to-measure. Another truthful historical nugget is how the tailor isn't some Carnaby-esque boutique selling ‘fab gear’, but the local men's outfitters. In the scene, another young mod is having a fitting and is arguing with the tailor about the suppression in the waist as he wants a closer fit. “Fuckin’ rent-a-tent, innit”, mutters the customer’s mate to a very harassed tailor. Even getting a suit made to your specifications is a battle but this only adds to the siege mentality of the mod. It is them against the world. I would also point out how well-fitted the suits are compared to the recent high street skinny suit fashion. The mod suit was slim but the only person in the 1960s who wore his tailoringthatshort and tight was Norman Wisdom. 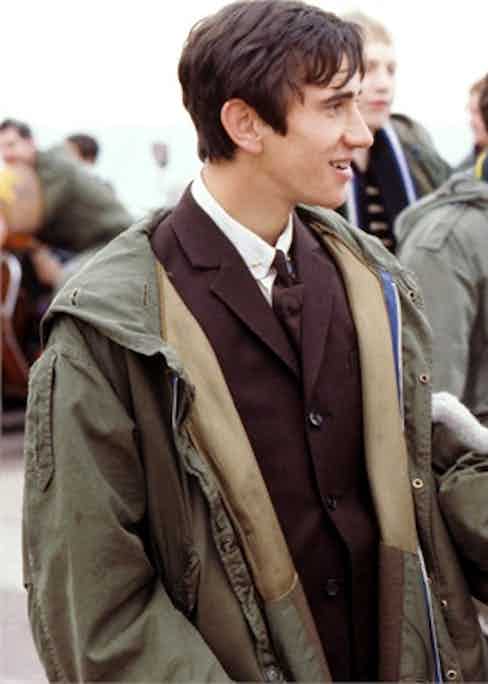 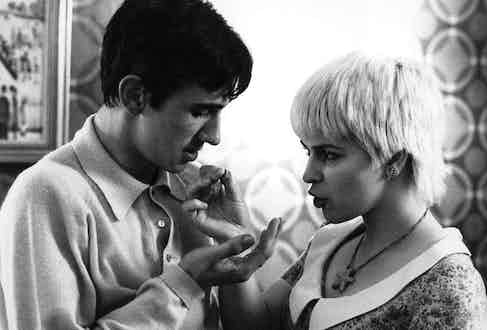 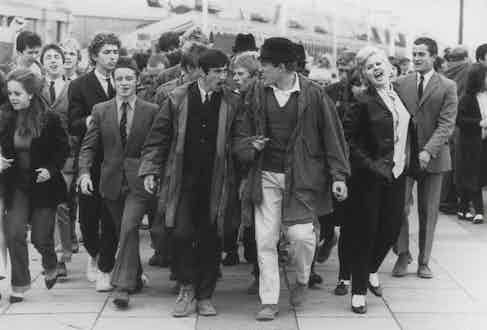 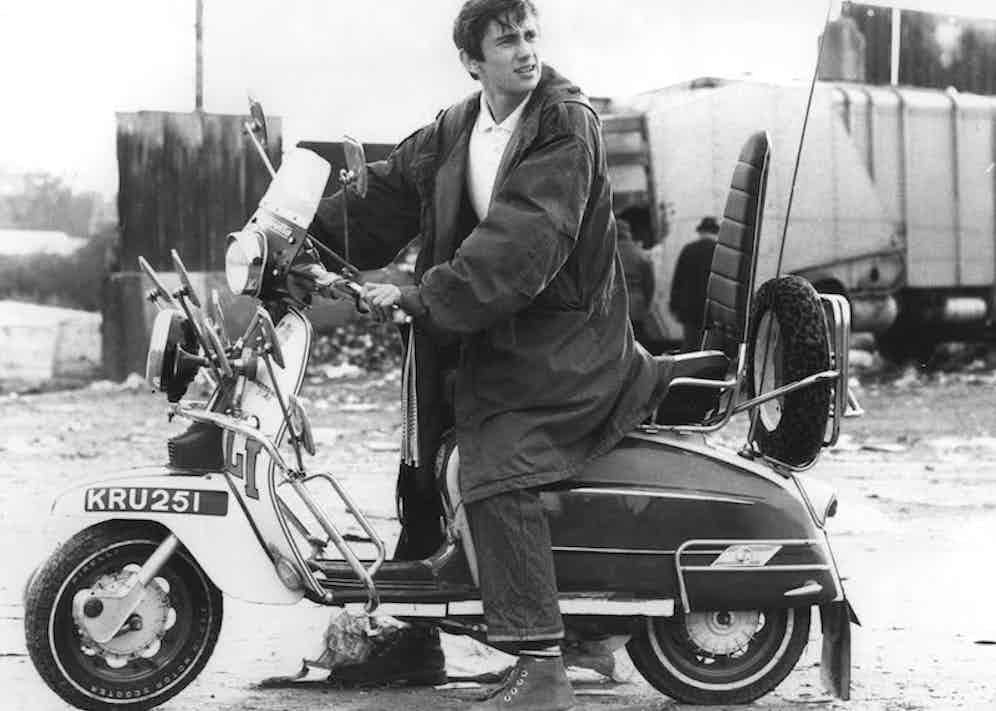 The other notable suit of Quadrophenia is the one worn by Ace Face in Brighton. Ace Face is the uber-mod and is played to sneering perfection by Sting. He sports an iridescent silver/grey number in a mohair-blend that shimmers in the light. Three buttoned, like Jimmy’s, and cut with very slim lapels and a high notch, the side pockets are flapped and slanting with a ticket pocket. A master of details, Ace Face has a small pin keeping his narrow dark tie in place and wears a slim wristwatch. Like James Bond and Frank Sinatra, he keeps his smokes in a metal cigarette case and he even carries a cheque book, a very sophisticated affectation for a working-class guy in the sixties. But the most striking feature of his initial appearance, apart from his bright blond hair, is his full-length black leather coat which stands out amongst the ubiquitous green parkas. Readily available and affordable, the M-51 fishtail parka has become the most recognisable item of mod clothing and was the ideal coat to protect your mohair suit whilst riding your Italian scooter. Like plenty of military-issued clothing of the era, the parka now has cult status amongst aficionados.

Jimmy’s casual clothing is of interest in that it looks quite contemporary. The Levi’s jeans are shrink-to-fit and we see Jimmy in “sopping wet trousers” watching the TV to the amusement of his father and bemusement of his mother. These are worn with polo shirts and suede desert boots; a classic casual combination regardless of your age or background. But the one thing we can all admire and learn from Jimmy is how to leave a job in style. When confronted by his pompous and uninterested boss about his absenteeism, our hero advises him to “stuff it right up his arse”, in true rebel style. 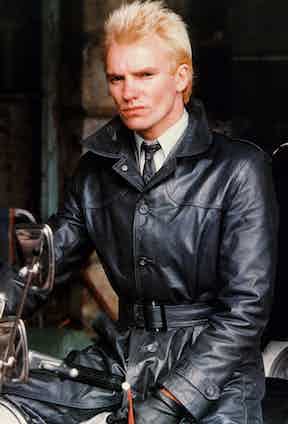 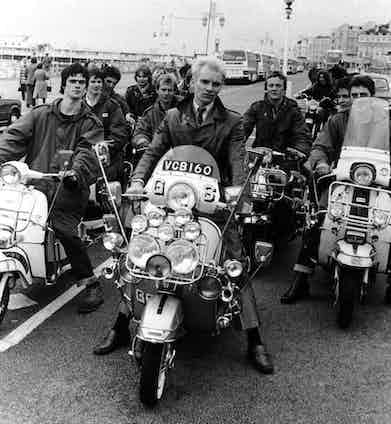 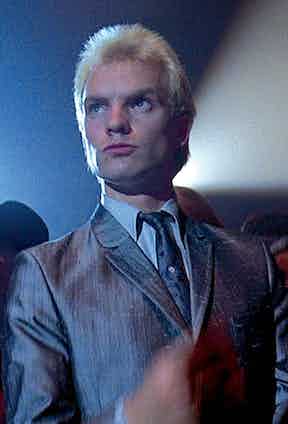 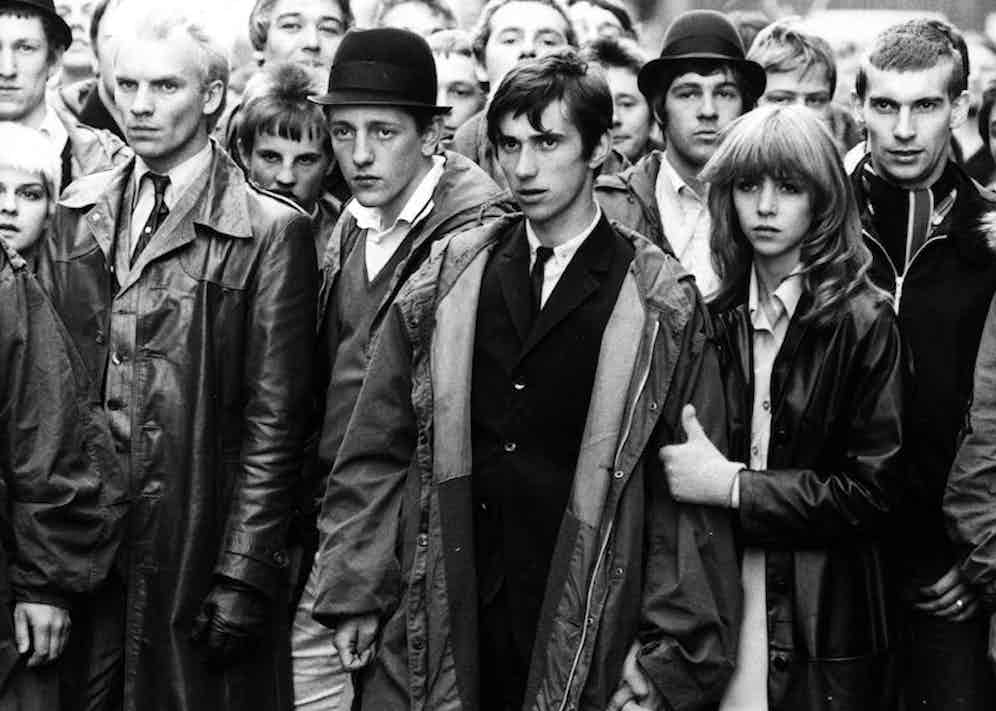