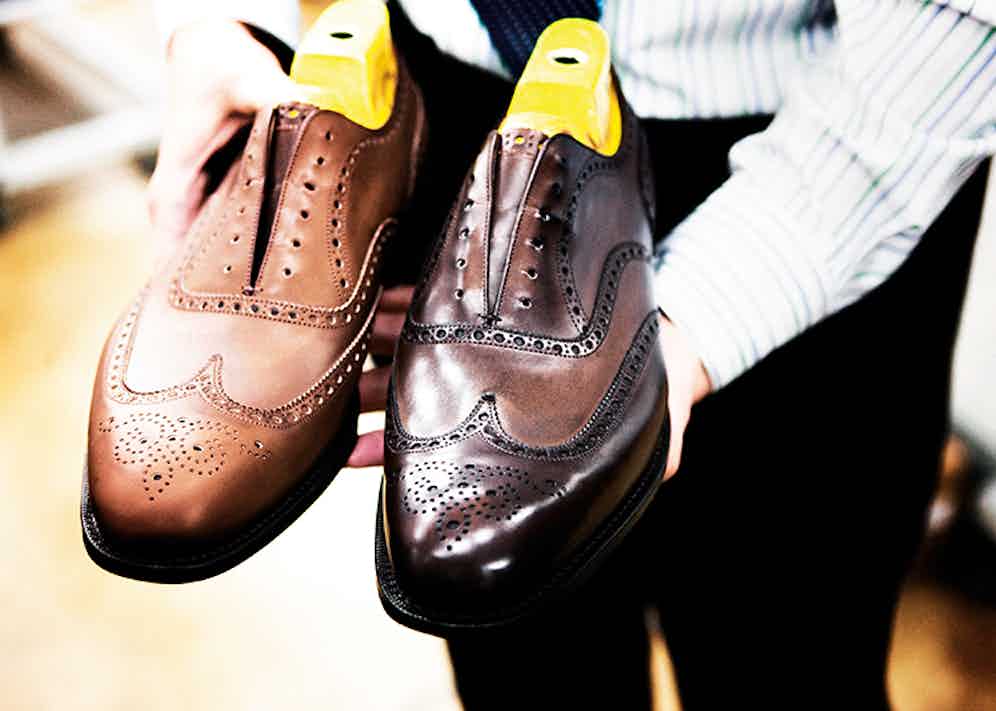 My wife recently came home with a pair of shoes from one of those footwear labels that make the women folk go weak at the knees (and not merely due to the staggeringly high heels). You know, one of those gob smackingly high-priced brands that the gals on Sex and the City are always ooh-ing and aah-ing over.

“They’re nice,” I said when she giddily showed the shiny patent stilettos to me.“But see here?” I asked, taking a closer look and spotting a slight gap a few millimetres wide and a centimetre long where the upper didn’t quite meet the sole. “They’re imperfect, and considering the amount of money you must’ve paid—no, please, don’t tell me exactly how much you paid—you should expect perfection. Exchange’em, babe. 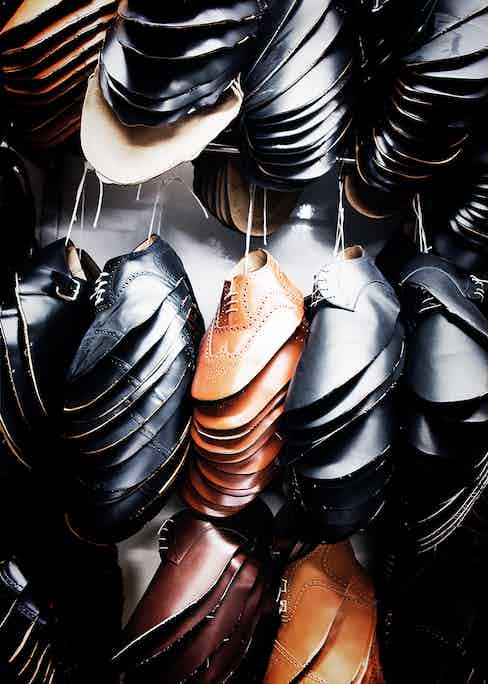 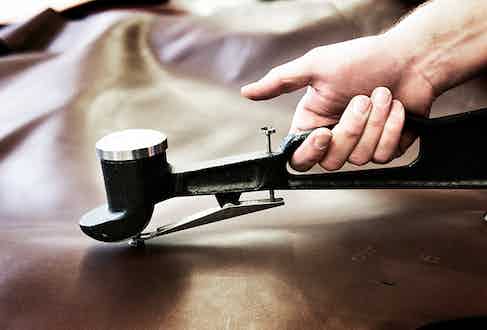 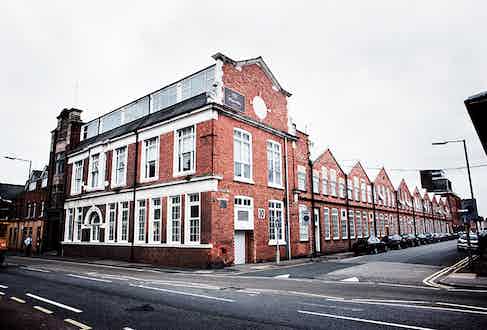 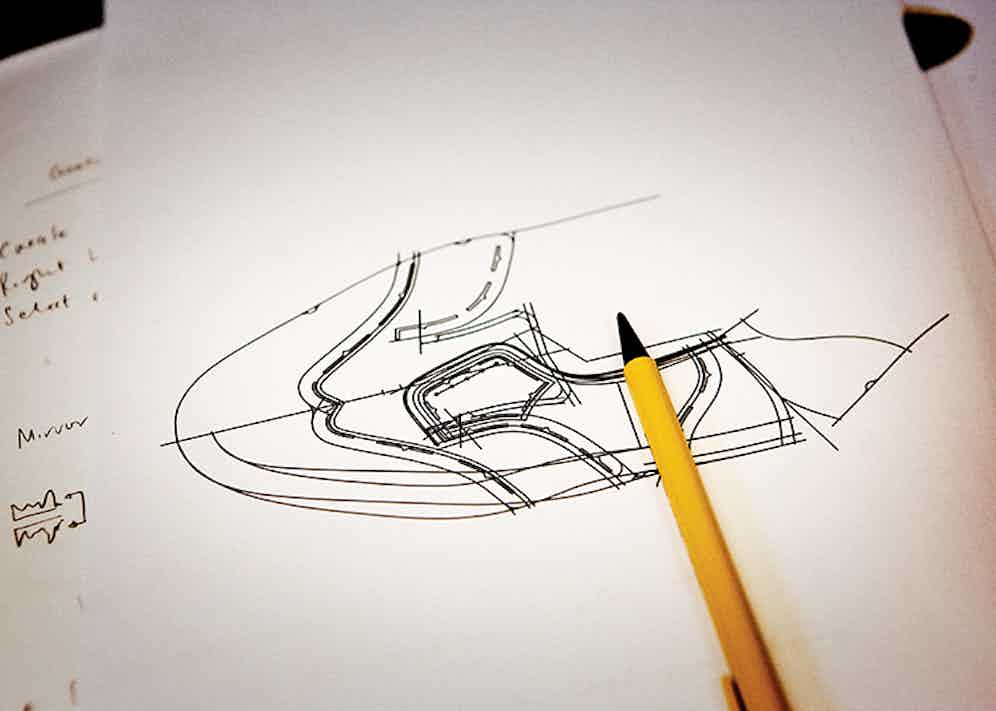 The sort of flawI spotted on Mrs.Barker’s new shoes, though pretty minor, would never, ever have made it past the quality control desk at Church’s shoes. Here, at the conclusion of a factory tour where I’d witnessed the history- rich shoemaker’s wares go from design to hide, clicking and stitching, to lasting, soling, and finally, highly-shined handmade shoe Utopia, I was shown a line of what looked to me to be perfectly fine footwear. These, I was informed, were the rejects. My guide on the tour picked up a few examples, and asked me to find the faults. Even with the perfectionist’s eye that working on The Rake has given me, I was unable to discern a single defect. Not so Church’s quality controller, who proceeded to point out the various minor blemishes that had made these shoes unworthy of the Church’s marque— primarily, minuscule scars in the leather that are impossible to detect until the finished shoe is polished, one of the very last stages of the production process.

Of course, this sort of excruciating attention to detail runs right through Church’s production process, meaning that of the several thousand pairs of shoes produced each week at the factory in British bench made Mecca, Northamptonshire (also home to the likes of John Lobb, Edward Green, Loake, Tricker’s, and Crockett & Jones) only a tiny percentage are found deficient when they reach the end of the line. 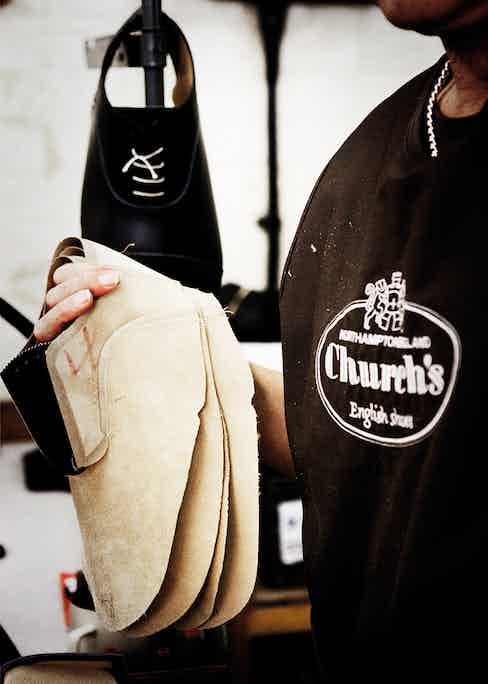 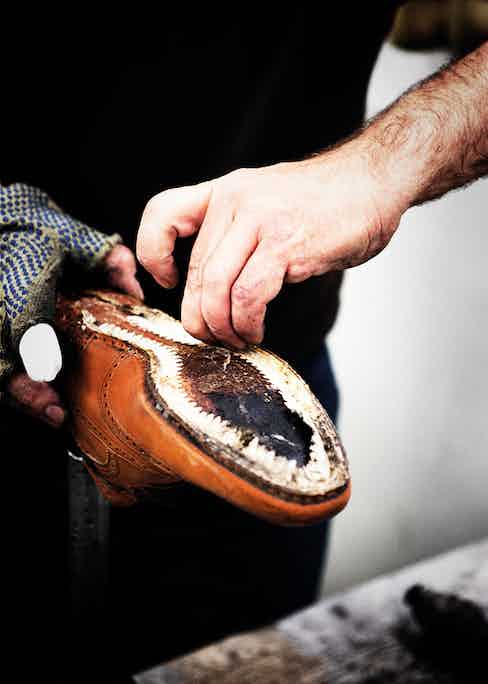 At the very earliest stages of production, hides—sourced from the finest producers, many of whom raise their cattle in European countries where the beasts are less likely to be blemished by insect bites — are assiduously checked for flaws, with only the best sections subsequently passed on for ‘clicking’, where the leather is hand cut to pattern, these sections again checked for imperfections before being perforated (if the shoe’s to be a brogue), then stitched and ‘closed’. The upper is then humidified to add flexibility, and stretched over a last (the form that will give the shoe its shape), to which the insole has already been tacked.

Various stages in affixing the sole follow: a welt is sewn through the edge of the upper, a metal shank attached to the insole, and shock-absorbing cork filler applied to the base of the shoe; a leather sole is glued on, and roughly rounded to shape, before the sole is stitched to the welt (the hardy Good year method being Church’s specialty, though not the only means of soling employed here; rubber crêpe soles are also very popular), and the heel is attached.

The sole’s jagged edge is then trimmed away using a mean-looking, whirring multi-toothed blade, and painted; a decorative pattern is stamped into the rim of the sole, a wax applied, and the sole polished to a high sheen before being stamped with the Church’s logo. Finally, the upper is buffed and polished, laces inserted, and the finished shoes subjected to the exacting gaze of the quality control passer, before being boxed and dispatched to one of Church’s 30 or so stores in the UK, US, Europe or Asia.

Though this reasonably concise whip-through of the production process may suggest otherwise, the production of a single pair of Church’s shoes takes not hours, or even days, but up to eight weeks.(Shaping uppers on the last alone takes an average of 14 days.) And while the shoemakers are aided by various machines—a lot of which appear to be of a similar vintage to the company’s current factory, built in 1957 (heck, some of them look like they could possibly date back to Church’s foundation in the late 19th century)—every stage in the process is guided by the hand of a skilled crafts person, each shoe undergoing some 250 manual operations. 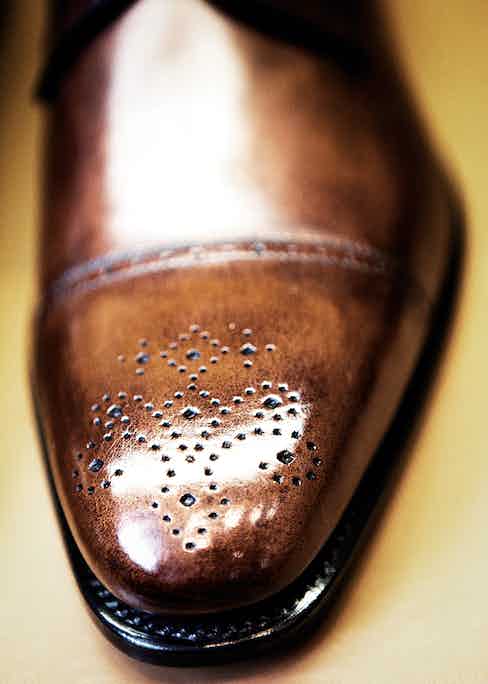 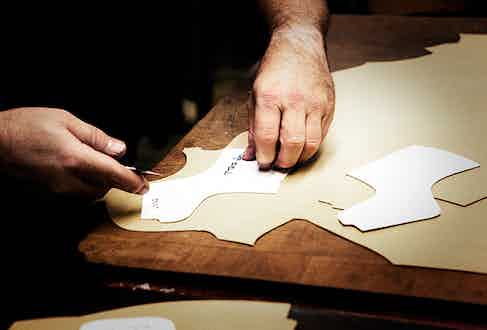 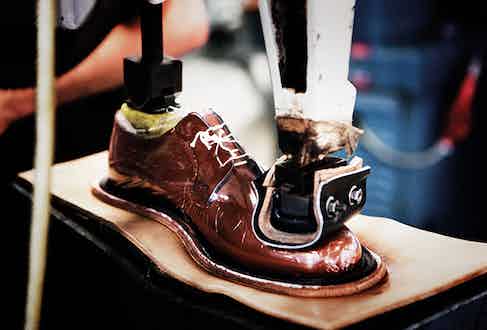 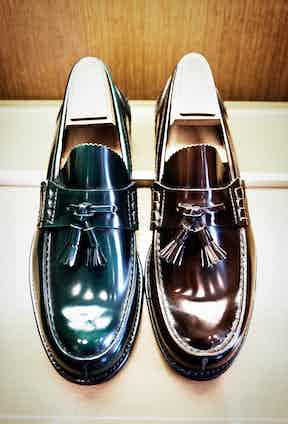 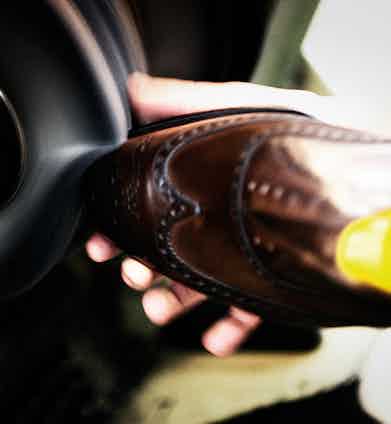 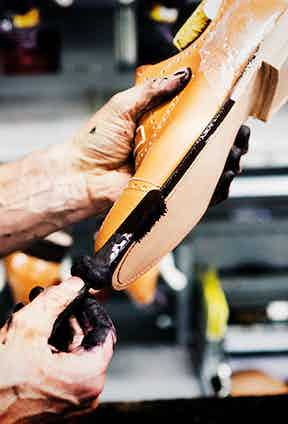 This patient craftsmanship, this keen-eyed, precise attention to detail, coupled with the sturdy renewability of the brand’s signature Goodyear-welted sole, results in a product that should last a lifetime—maybe more. (My guide told me of a family that has passed down a pair of century-old Church’s shoes—hewn from hardy elephant hide, no less— through four generations of first born sons, each returning the still-wearable shoes to the factory for resoling and resizing.) Indeed, Church’s is renowned for its excellent reconditioning service, where shoes are returned to the original last, resoled and lovingly restored to immaculate condition.

These outstanding shoes aren’t, it should be noted, exclusively available to males—Church’s also offers a rather fabulous women’s collection. (No high heels in the line, mind you, but there are some very spiffy, colourful brogues, handsome knee-high boots and rather lovely loafers there.)

So, when next your spouse returns home in possession of an impossibly beautiful yet very probably imperfect pair of scanty, strappy, extortionate stilettos, you might advise her to visit the local Church’s concession on a subsequent shoe binge. There, she’ll discover chic, beautifully crafted, long- lasting, timelessly elegant footwear, the antithesis of the farcical chaussure confections Carrie Bradshaw covets. And perhaps, just perhaps, she’ll come to the realisation that what she once thought was fine shoemaking was really (as the Brits would put it) just ‘a load of old cobblers’.