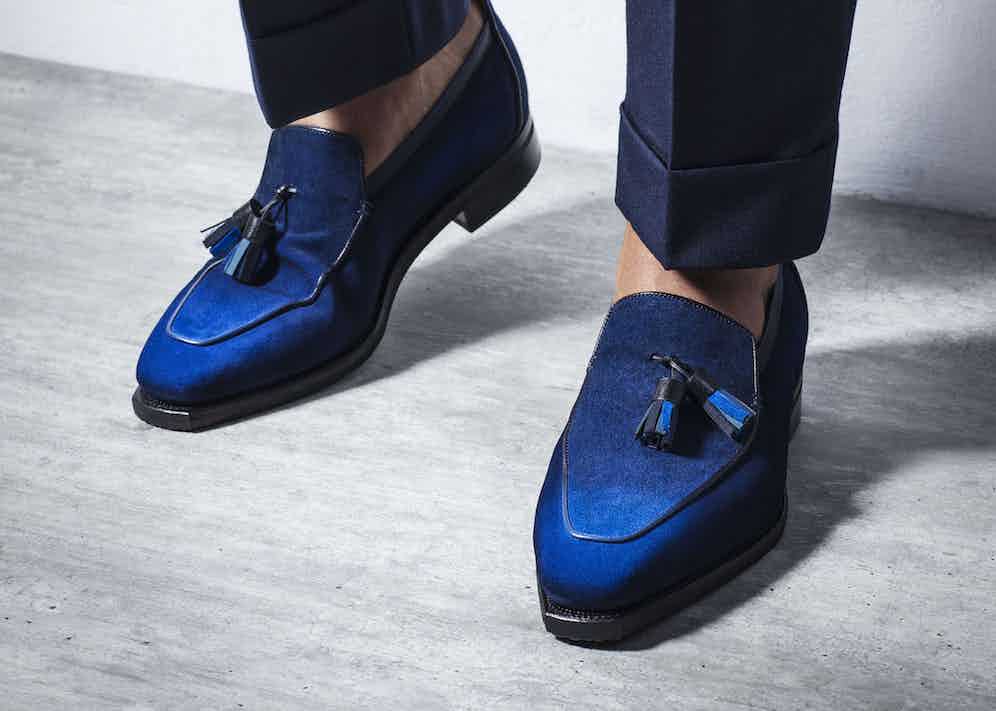 “When Matisse dies,” exclaimed Pablo Picasso, “Chagall will be the only painter left that really understands what colour is.” Because Marc Chagall, who rose to artistic prominence during Paris’ golden age, and along the way immersed himself in the multitude of mimetic languages including Fauvism, Symbolism and Cubism, understood the colour was a transportive device. Says legendary shoemaker Pierre Corthay, “What I love about Chagall’s work was how he empowered one colour by placing a subtly different contrasting but complementary shade next to it and by doing this created such powerful emotional expression.” And so it was that Chagall’s chromatic brilliance related to his use of blue, in paintings such as Loves in Blue Sky inspired the very first collaboration between Maison Corthay and The Rake.

Corthay continues, “Immediately I thought we need to do a blue shoe that invokes all the rich expression in these paintings.” But rather than applying a multitude of blues to a traditional calfskin shoe, Corthay turned instead to suede. He says, “We’ve been really pushing the boundaries of what is artistically possible with applying patina to suede.” What emerged from the workshop of Pierre Corthay was nothing less than a breath-taking example of an artist at the very height of his creative powers.

"What you're really investing in - as well as a versatile staple for summer - is a piece of this magazine's folklore."

Such is the patina application that a rich, vivid Prussian blue at the front of each shoe graduates into a deeper midnight blue towards the heel, an effect that juxtaposes stunningly with the blood-red lining, a nod to Chagall’s frequent use of this colour in many of his blue themed paintings. The heel tab can be worn folded down so as to offer an insolent glimpse at the concupiscent lining. The soles, meanwhile, are rubber and Goodyear welted, yet are created using a lighter construction method yielding an astonishing level of comfort.

Based on the elegant French shoemaker’s ‘Brighton’ model — whose name is a reference to the pragmatically inappropriate but impossibly stylish footwear that mods would wear to kick some sartorial sense into their rocker counterparts in the Sussex town during bank holidays in the 1960s — these are classic loafers but feature the signature chiseled toe that makes a pair of Corthays instantly recognizable at a mere glance. The Rake edition, though, has an extra peacockish flourish in the form of tassels. “It’s our first use of tassels on a ready-to-wear model,” Pierre Corthay tells The Rake. “I’ve personally selected every shade of the blue that you see in the tassels.” Chagall was quoted as seeing his art as “the dream of not one people but of all people,” and we hope that this homage to his transcendent expressive abilities inspires similar universality in your affection for them.

These being unique to The Rake Shop, what you’re really investing in — as well as a versatile staple for the summer — is a piece of this magazine’s folklore. 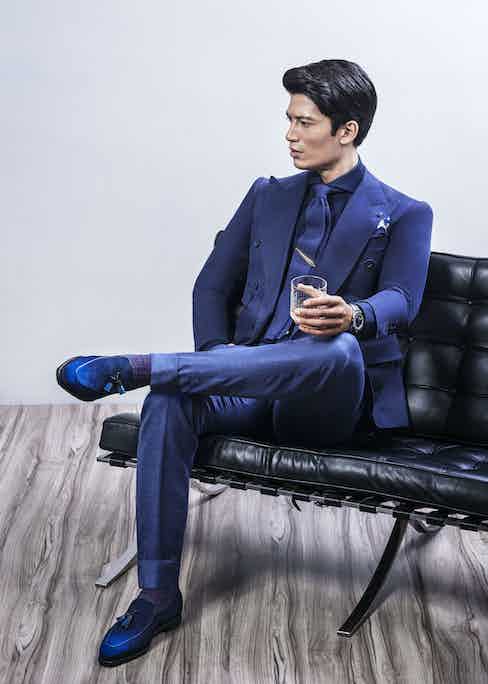 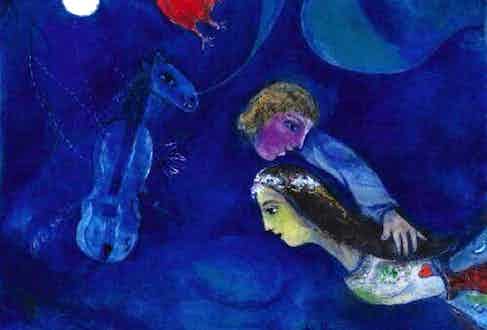 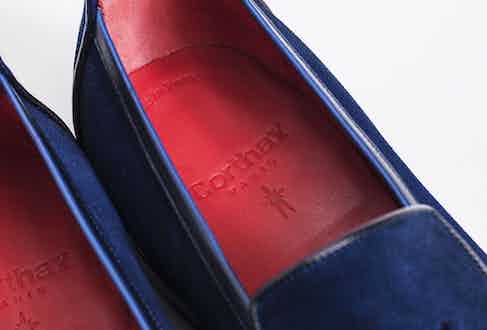 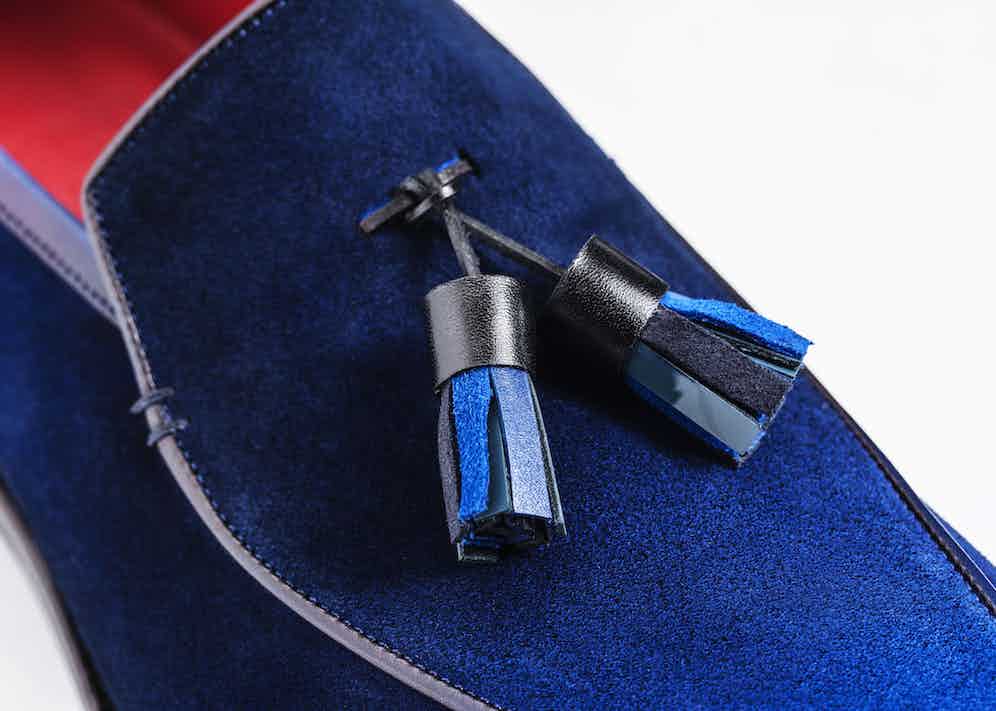 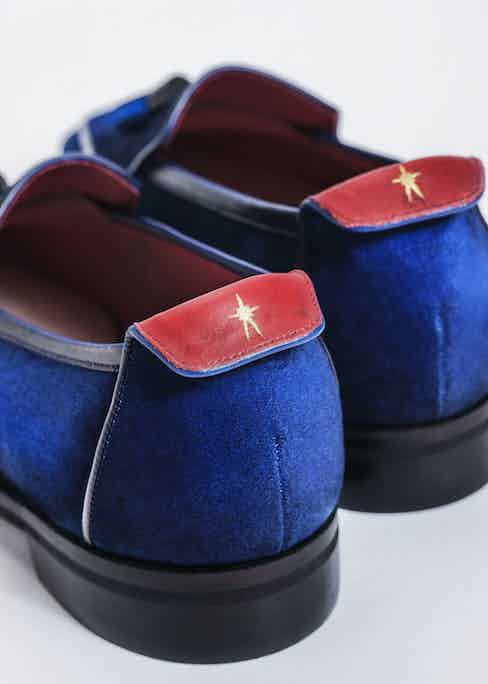 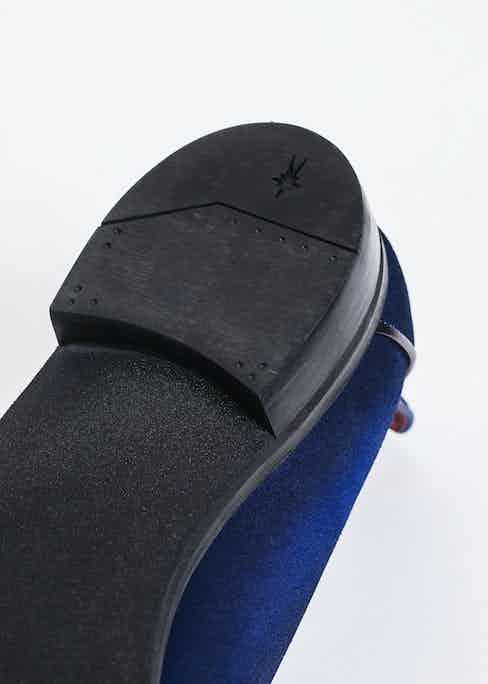