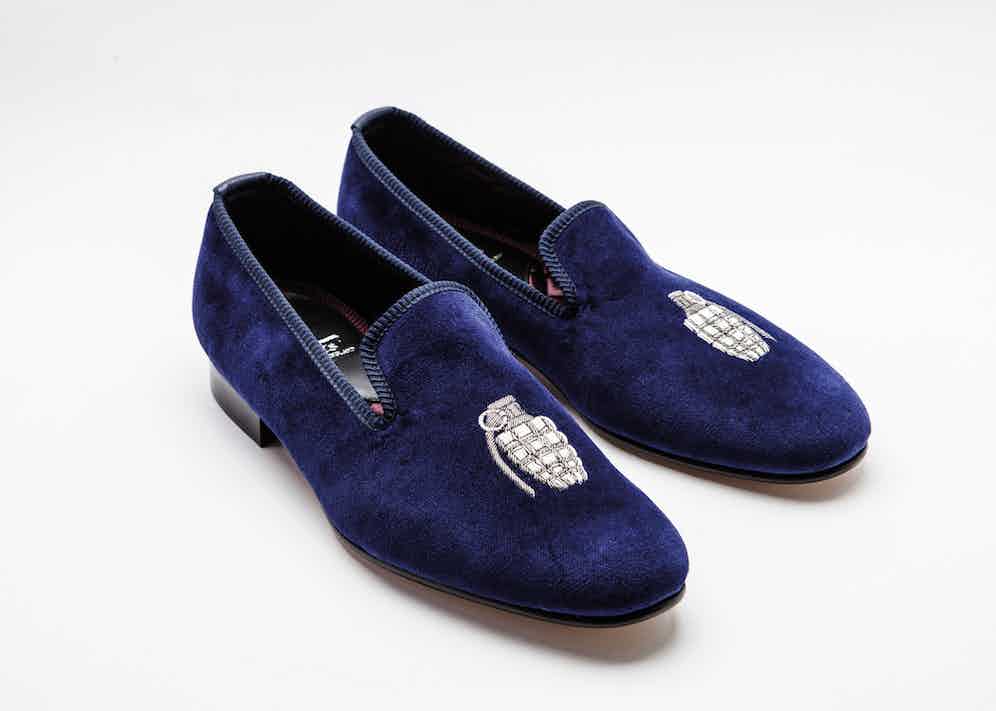 While the modern hand grenade is one of the most ubiquitous small arms, the very first grenade-wielding soldiers emerged in the late 17th century. In France they were named “Grenadiers” and because of the mental acuity needed to activate and detonate the grenades precisely, as well as the physical prowess needed to loft these heavy handheld bombs, they were amongst the most elite soldiers in the military. They were often vital parts of breaching units dedicated to storming enemy lines and overcoming fortified obstacles and because of their integral role in leading assaults, they were amongst the most respected soldiers. Particularly dashing were the British, Argentine and French mounted grenadiers who specialised in charging into the fracas on horseback and decimating the enemy with their mighty bombs.

While the use of grenades dates back to the Ming Dynasty in China it was Louis the XIV who first established the first dedicated company of grenadiers. Although the use of dedicated grenadiers began to diminish in the late 18th century, they still formed an important part of elite assault troops. So respected were they in the British Army that when any regiment is on a parade ground, The British Grenadier march is always played when Trooping the Colours.

The most iconic of all modern hand grenades is the pineapple shaped Mills Bomb No.5, which was first used by British front line troops in 1915. It was designed by William Mills who segmented the grenade to provide better grip as well as more effective fragmentation when it exploded. The Rake could think of no better motif to emblazon upon its very first collaboration with legendary British shoemaker Crockett & Jones.

"They can be worn with dark jeans and a blazer for the added touch of nocturnal louchness, paired with eveningwear to add that resplendent soupçon of playboy elan"

Today the velvet slipper has become one of the de rigeur yet extraordinarily adaptable articles of footwear for the modern rake. They can be worn with dark jeans and a blazer for the added touch of nocturnal louchness, paired with eveningwear to add that resplendent soupçon of playboy elan, or even with tailored shorts lounging at the cigar divan in magnificent degage cool. But the irony is that the majority of velvet slippers are not particularly comfortable, as they need to hug the foot for a proper fit.

Crockett & Jones resolve this with the most deliciously decadent quilted silk lining in each pair of their handmade velvet slippers. Just as important is the perfect shape of these slippers, with toes that are neither comically elongated nor too foreshortened but which are perfect expressions of Euclid’s golden rational for mathematical harmony. For this summer The Rake is proud to present this collaboration in royal blue velvet featuring an antique silver hand embroidered motif of a Mills Bomb hand grenade, in our tribute to those most dashing of soldiers, The Grenadier. This is the perfect footwear for the modern man, soldier or not, who is always at the frontline of any situation, and who is defined by his courage, intelligence, mental dexterity and physical prowess. In other words, a man like you. 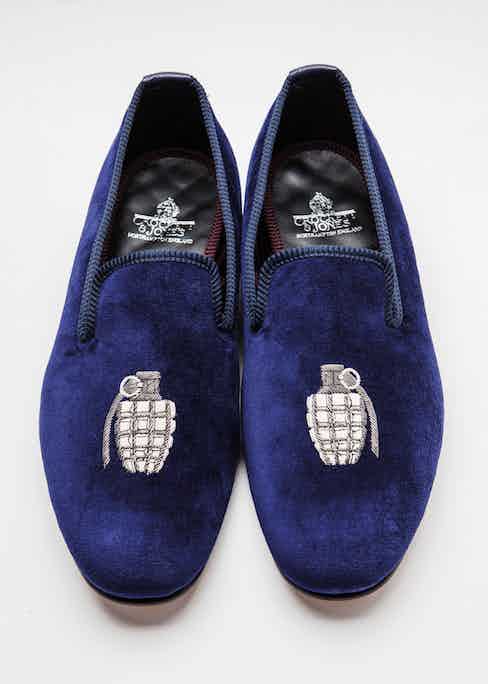 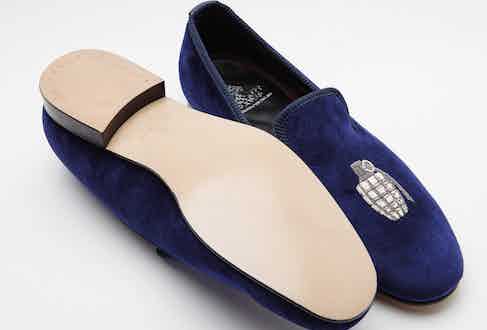 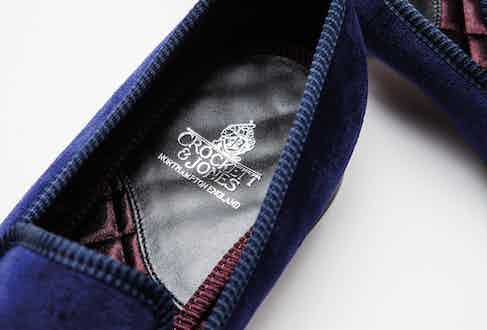 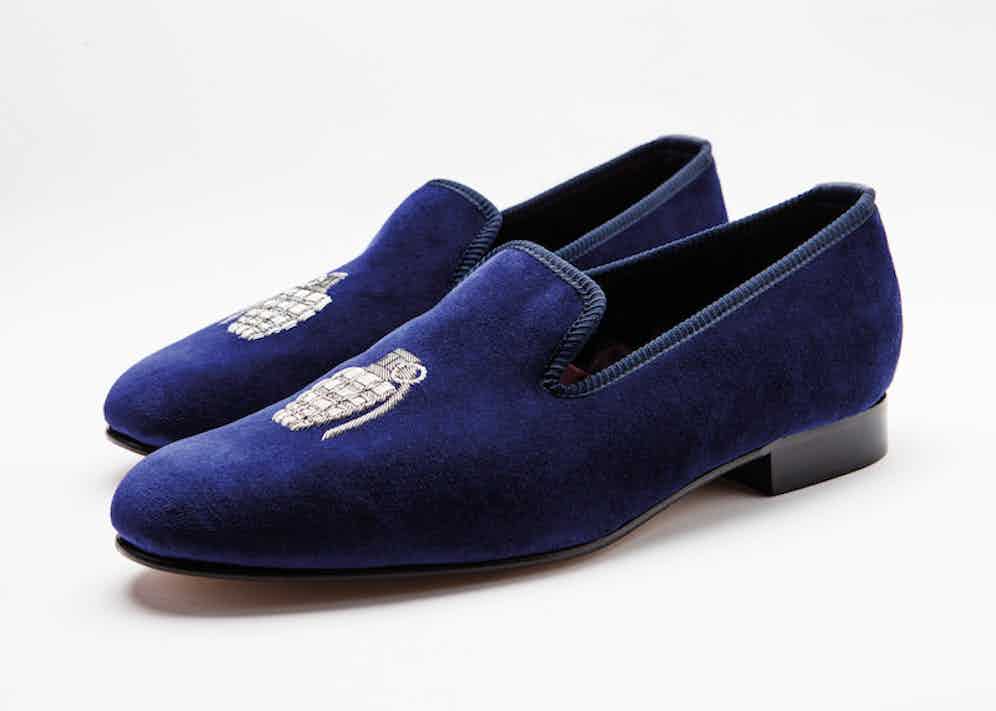