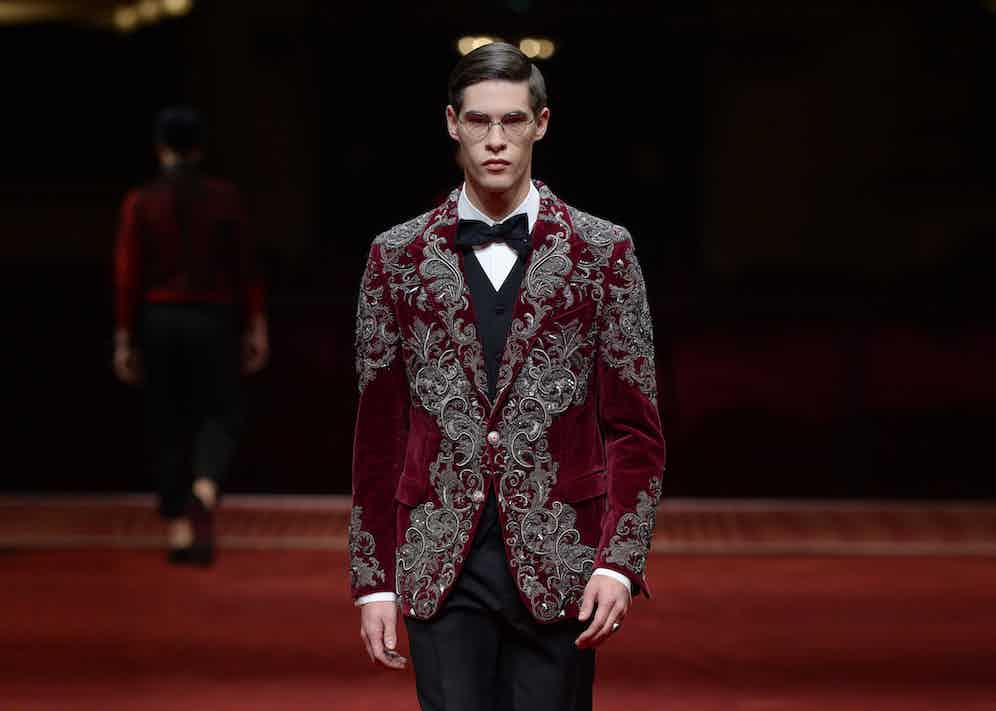 As an opera fan, Dolce and Gabanna’s Alta Sartoria show had me at La Scala. There is no opera house quite like it. The soaring, almost never-ending boxes, the crimson upholstery with golden embellishments, an ostentatiously large royal box, the glorious stage and the unequalled history, the latter of which was at the centre of this fanfare of a fashion show.

Alta Sartoria is inspired by something different each collection. This time last year it was the intricate fresco designs in Milanese Palazzos. This year it was all about opera and specifically, the life of Giuseppe Verdi.

Verdi was a revolutionary in terms of the development of opera and Classical Music. His work in particular, crowned by the austere Verdi Requiem but also including the Brindisi in La Traviata and the Gypsy Chorus in Il Trovatore, elevated chorus music. He somehow understood how the whole is a sum of its parts in a way that even Bach would have doffed his cap to. And so it is with Dolce and Gabbana. Alta Sartoria is as much about the fine detail as the grand final result. And they were very brilliant in the way they made the link.

The show was one rousing choral crescendo after another; all of Verdi’s greatest choral hits to accompany the 101, yes 101, looks on 101 models. The entire stage and stalls concourse was the runway, with the stage set up for a full length opera and the onlookers such as myself acting as both audience and chorus for the protagonists, the Alta Sartoria looks.

The first look was typically classy of Dolce and Gabbana, simple, elegant, top hat and overcoat, with a large white cravat. It was an homage to Verdi inspired by the famous Boldini portrait. What followed after was the grand Dolce and Gabbana Alta Sartoria fare that harmonizes classic sartorial lines with the most energetic patterns and embellishments. Gowns with the La Scala programme designs printed onto it, which were frankly spectacular; the crimson and gold palette that floods the opera house ran through the whole show, frock coats, evening wear, capes, jackets, socks and slippers all entertained the majesty of these rich colours and juxtaposed the equally brilliant, albeit more somber suits that also rallied the emotions of the day. Jumpers with opera posters printed to them next to opulent velvet green ones with oversized golden embroidered medallions may seem to contradict each other but in the setting of La Scala it all worked and seemed right. It was all elegance, but not as we know it.

So who is it for? Well there is in the world a clientele that genuinely seeks out the extraordinary, the unique and the exclusive. Alta Sartoria is just that and more. The price tag for items are more often than not kept under wraps, but the work does go into them, Dolce and Gabbana aren’t wont to overcharge and under deliver and the buyers for this show are as seasoned and picky a line-up as any fashion editor. Speaking to them after, they are frank in what brings them to all these shows, and the same thing is said over and over again, from the American tycoon, to the Swiss Scion or Chinese mogul, they ask ‘where else can you get anything like this?’

Coming up with a suggested alternative is challenging as, frankly, it’s a fair question. Who else injects such verve, such passion, such nostalgia and modernism into clothing? Who can take you through over 100 looks and leave you with a longing for some more? These are questions worth pondering, but if after your machinations you are found wanting, it’s probably because you have come to the conclusion that the clients have, which is that Dolce & Gabbana sit on a higher plain, unmatched, and this latest Alta Sartoria show reinforces this. Bravo, Encore! 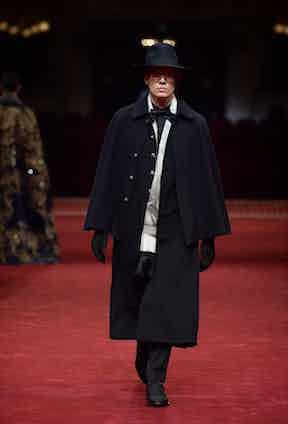 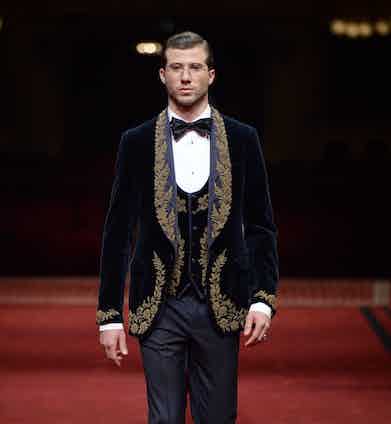 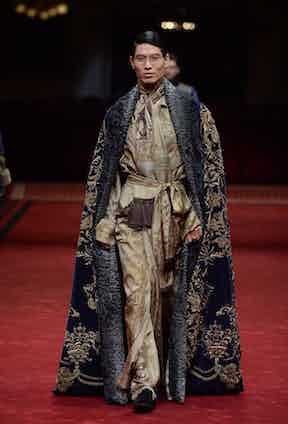 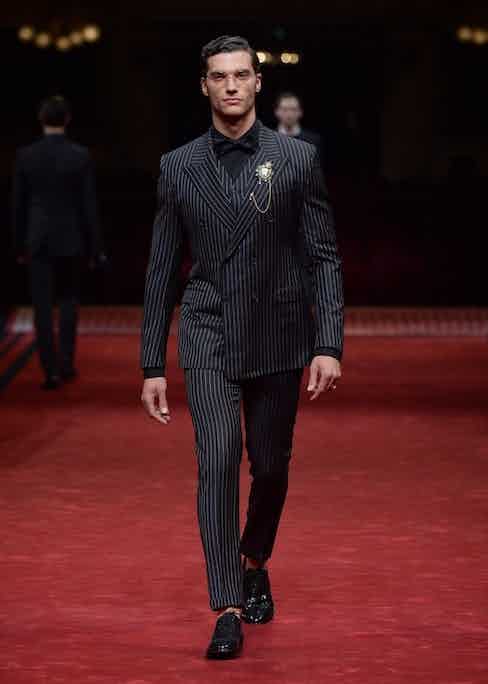 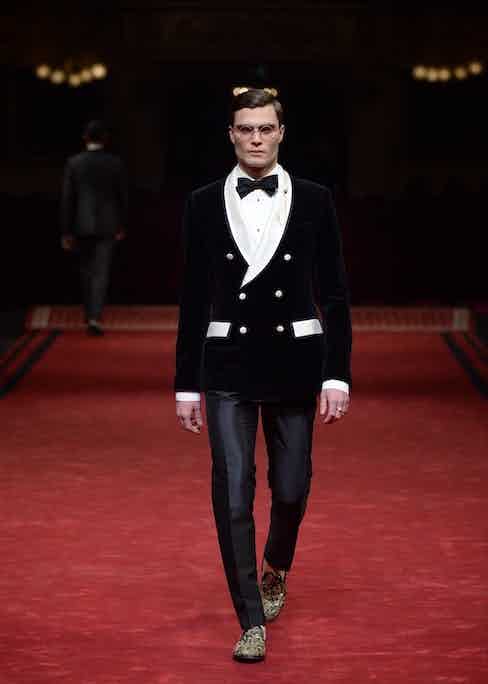 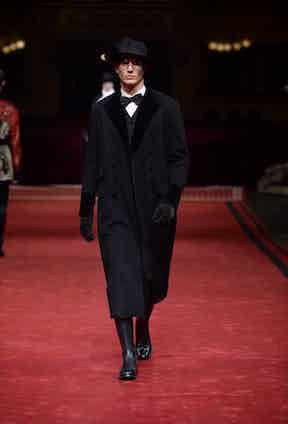 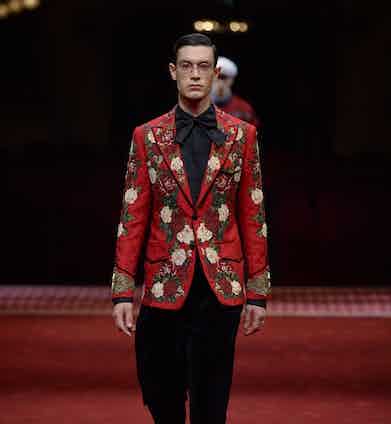 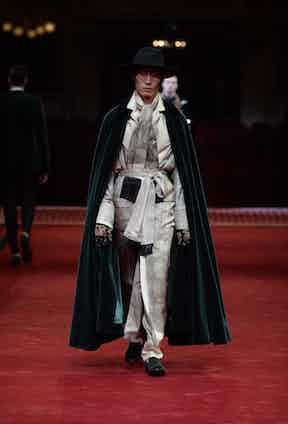 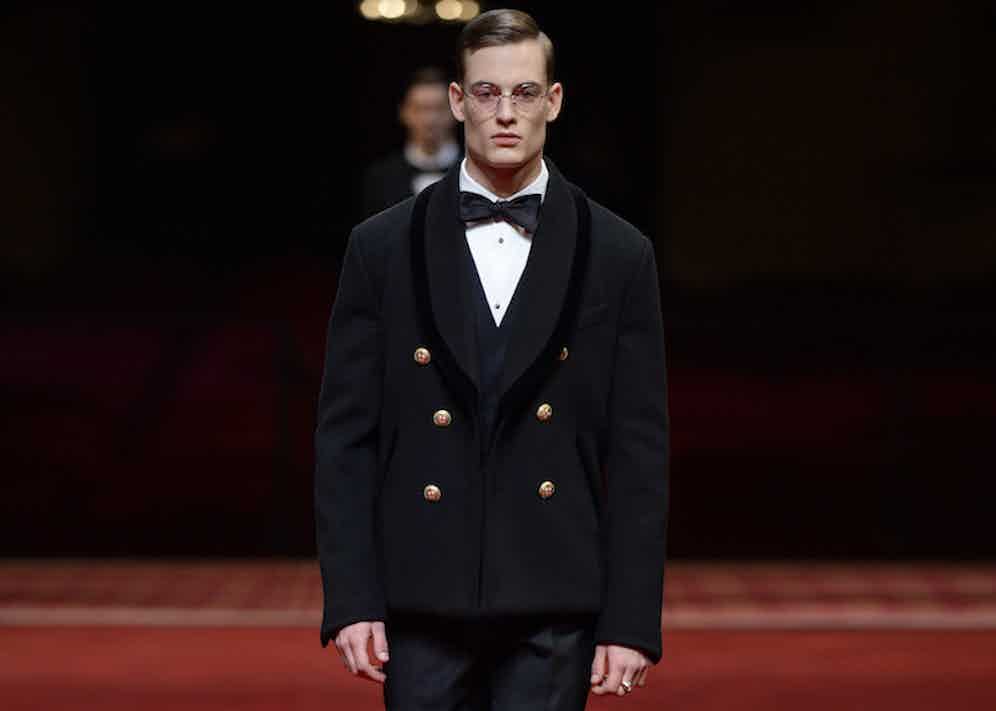 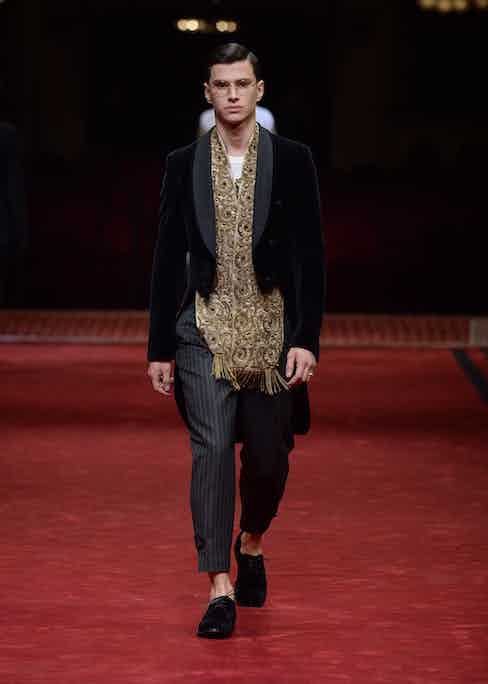 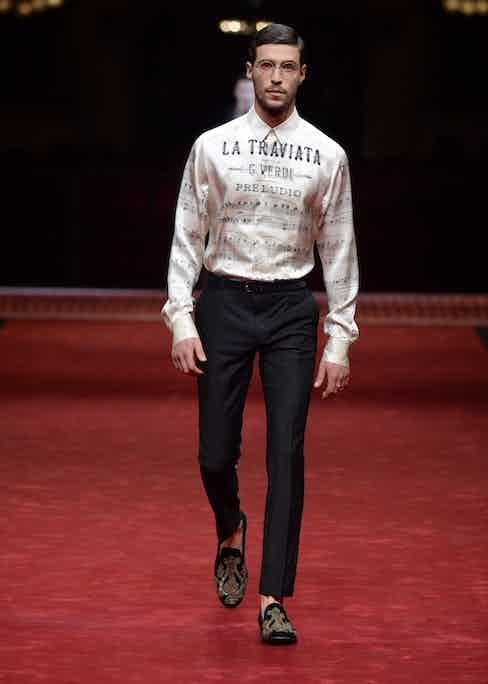