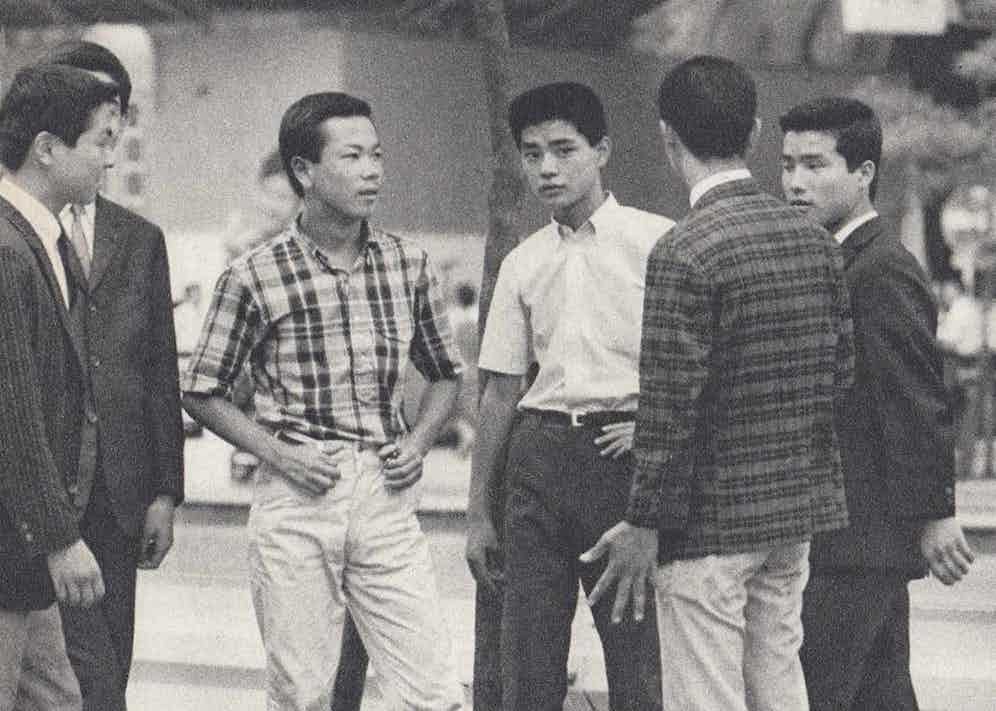 A group of the Miyuke-zuku, a youth sub-culture movement that emerged around Ginza's Miyuke Street in the 1960s.

Japan is famous for its mastery of Ivy League style. Brought over during the American occupation following World War II, it represented an exciting and, at the time, dangerous way of dressing. Fuelled by the panic around the supposedly-compromised morals of the style’s early adopters (the Miyuki-zoku) and supported by brands like VAN Jacket, it became the uniform of the young, hip and well-to-do. The Ivy Style story is still a big part of what makes the Japanese sartorial scene so fascinating today, but there is another aspect of Japanese tailoring that’s equally as fascinating and as worthy, and its influences are squarely European. Indeed, it’s not an overstatement to say that Japan produces some of the finest Italian-style tailoring found anywhere in the world.

Tailoring has been a cornerstone of the Japanese dress since the latter days of the Meiji Restoration, a period of imperialist reform beginning in 1863, during which Japan ‘threw open its doors’ to Western influence and technology. By the 1930s, most urban Japanese men wore suits. Suits were exclusively tailor-made, heavily influenced by British tradition and, even up until the 1950s, very much of a conservative bent. Following the Ivy explosion in the early ’60s, however, the sartorial landscape started to look decidedly different. “Once VAN Jacket had become the ‘Ivy brand’, a lot of the other companies that popped up needed something to make themselves distinctive and needed a different kind of style,” says Tokyo-based culture writer W. David Marx, author ofAmetora: How Japan Saved American Style. “They got into what was called ‘continental’, and being continental was essentially ‘British mod plus Paris, St. Germain student’. This became a counterpoint to VAN Jacket - VAN would be what a normal rich kid wore, whereas the fashion industry insiders were very into European fashion. From there on every time that American fashion would come in, there would be a counter-wave of European fashion.” 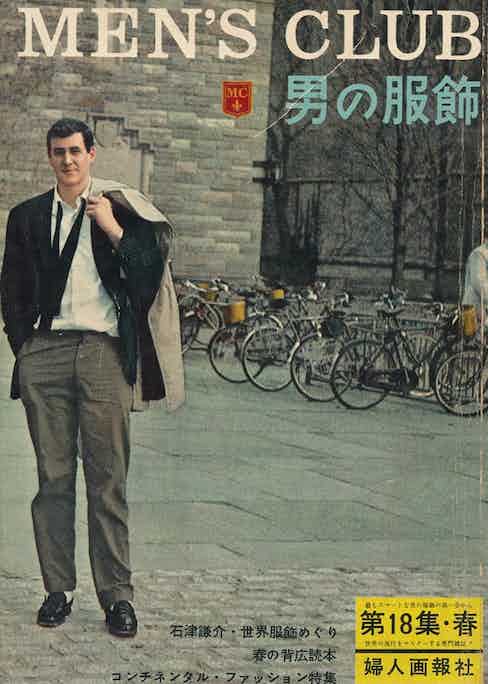 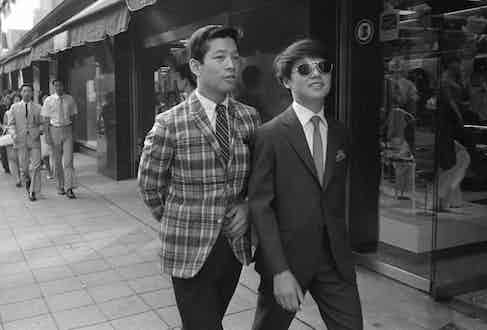 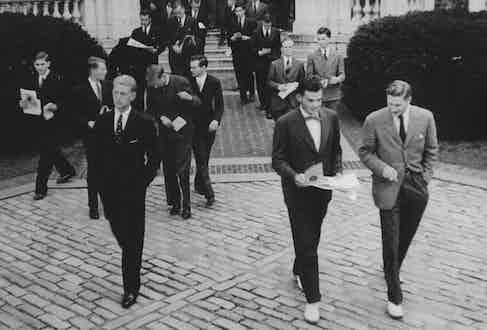 By the ’80s and ’90s, Japanese style had become much more sophisticated. America (and to a lesser extent Britain) was still a major sartorial influence, but kick-started by Armani’s meteoric rise, many tailors also began looking to the soft shapes coming out of Italy for inspiration. “Lots of tailors started going over to Italy and many of them actually trained there,” says Marx. “The idea of going to the source and studying, training and learning the craft and bringing it back and just mastering it – that, I think, is an old pattern [in Japan]. What was new was having Italy in their eyes.” This had a huge influence on both bespoke tailors such as Tailor Caid, Tailor & Cutter, Sartoria Ciccio and Pecora Ginza as well as larger, more established makers like Ring Jacket, which today is famous for its distinctively Neapolitan influence.

Anyone who has worn a Ring Jacket garment knows how expertly they’re constructed, from the beautiful collar-shoulder-sleeve line, to the gently suppressed body shape and beautiful cloths, many of which they weave themselves. The lines are distinctly Neapolitan, but there’s possibly an even greater emphasis on extremely fine hand-work that belies the country of origin. Where Italian tailoring is louche, here it is both soft and sharp at once. “If you look at Ring Jacket, it’s a good time for them because they’ve spent decades behind the scenes honing a lot of stuff that now people are educated about and really care about,” says Marx. “It’s given them an opening to emerge and make that story of really beautiful construction and elegant style be enough.” It’s a trend that Marx calls the “cult of production”. “Suddenly it’s not about the designer or brand name, it’s about how it’s made, who made it and what it’s made from – those kinds of things that 15 or 20 years ago people might not have cared about.”

How did the Japanese become so good at this kind of tailoring? Firstly, there is an undeniable culture of craftsmanship in Japan, with a great many businesses and traditions leveraged around making very intricate things at a very high level of quality. Secondly, it’s important to remember that to learn a foreign craft, the Japanese often have no choice but to learn it at its point of origin. “If you think of Neapolitan tailoring, if you grew up in Japan, you have no actual experience of seeing the people around you wear this clothing,” says Marx. “So if you’re suddenly like, ‘I’m into Neapolitan tailoring and this is my thing’, the only way to know how to legitimately do it, because there’s no natural and organic way, is to go to the source and try to be as detail-oriented as possible about learning what makes it perfect, so that when you go home to make it or teach it to other people, you’re beyond reproach because you learned at the source and you know it as closely as anyone else.” 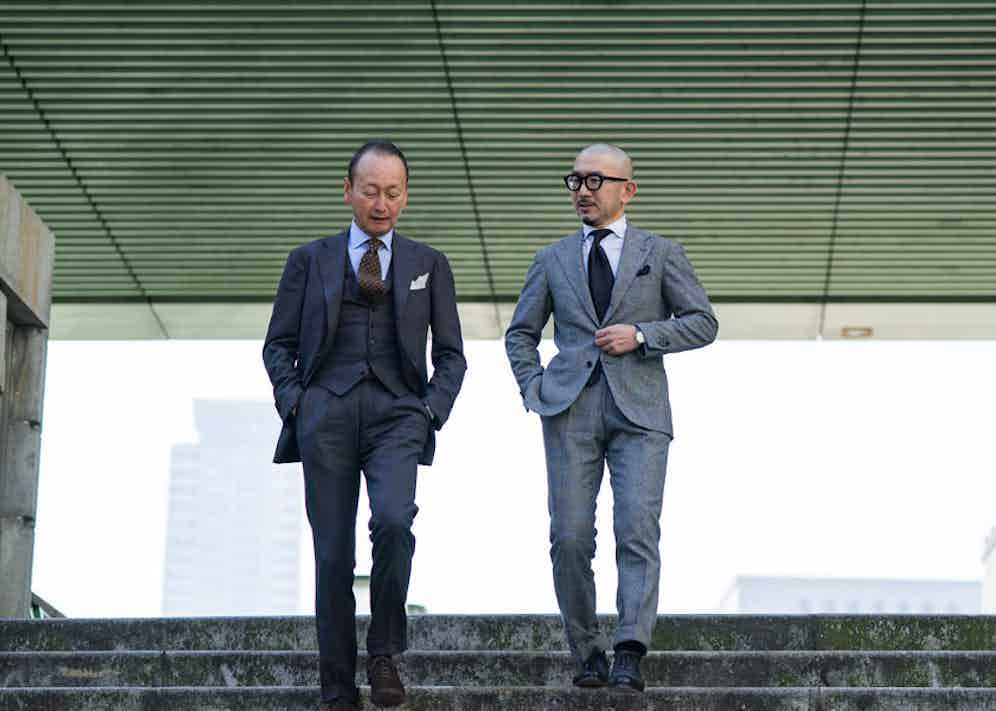 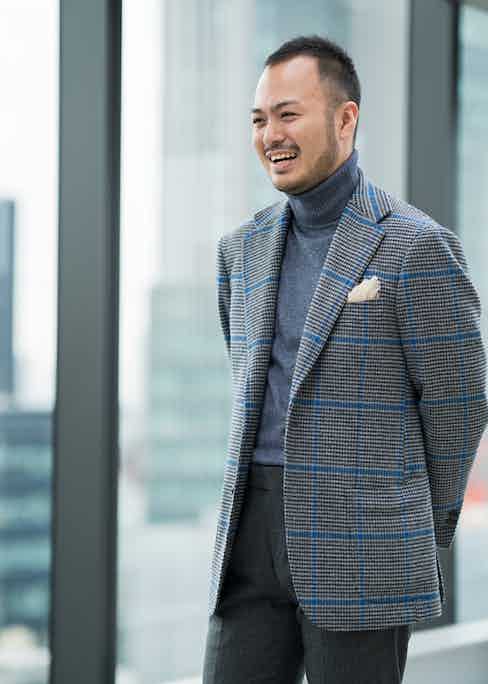 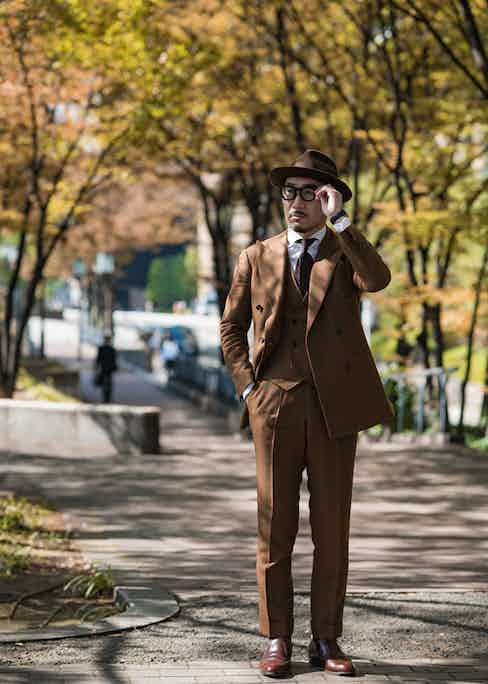 The Japanese tailoring fraternity is also famously competitive, with makers striving tooth and nail to make the most American or most Italian garment possible. It’s an environment that has driven makers to greater and greater levels of sophistication, and to both master authentic techniques and grow beyond them. “They’ve got all the knowledge in the world but they’ve also got this creative, competitive impulse,” says Marx, “so they are just ahead of the curve. The best Japanese tailors are so far past the ‘just-make-replica’ kind of stage of interest in this stuff. They’re now into ‘let’s push it somewhere new’. By virtue of being so far ahead in that men’s traditional heritage clothing world, Japan can’t help but be influential.”

More than anything, it’s created a sartorial subculture that caters explicitly to style obsessives; guys who understand the intricate techniques of the craft and its history. Japanese culture is one of the most dressed-up in the world, but this tailoring tradition speaks to those who love to dress up in a way beyond what’s required. “[In Japan] the suit is kind of a boring uniform for most people,” says Marx. “What you see with these tailors is that, not only the tailors themselves, but their clientele are people who really loveclothing and want to build around really interesting, distinctive suits.”

After years of catering exclusively to a Japanese clientele, it’s exciting that this elegant sartorial subculture is finally drawing international attention. Tailors like Sartoria Ciccio are now beginning to offer international trunk shows, and brands like Ring Jacket now command a cult-like international following. They may not be the originators of the styles they create, but just like with Ivy, when it comes to fine tailoring, Japan’s dedicated students are proving to be the ones worth learning from. 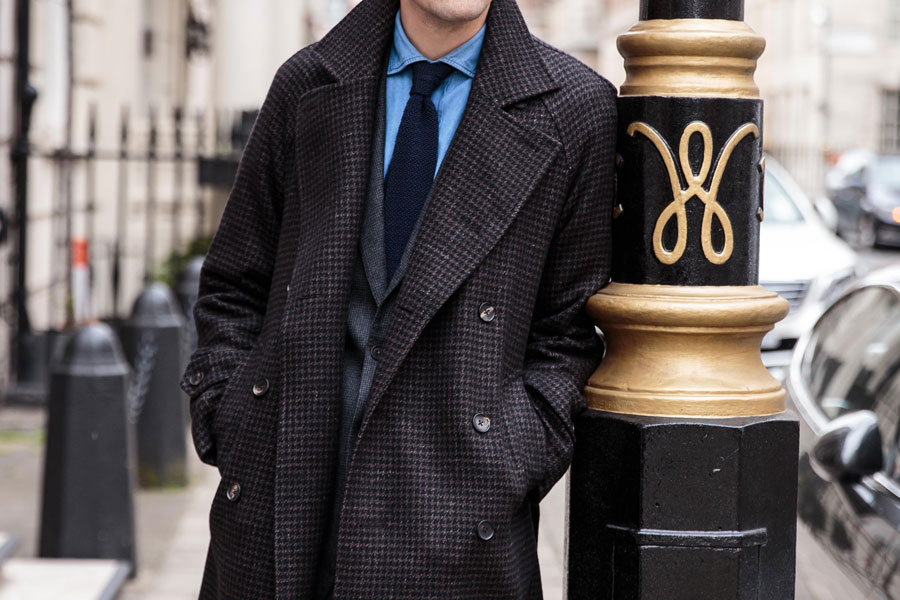