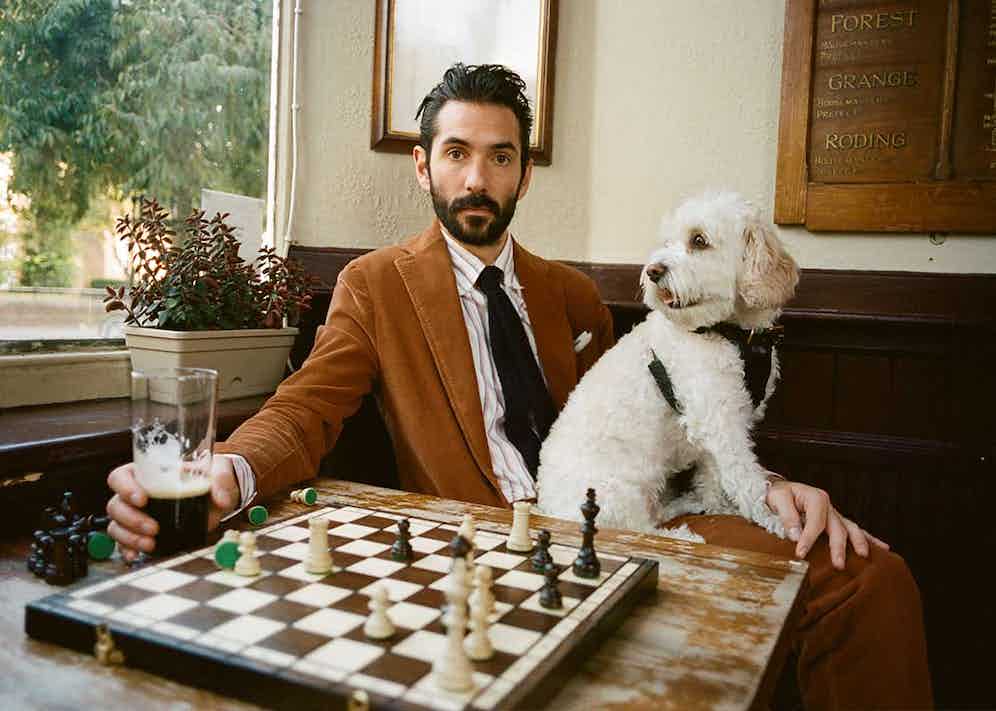 WhenThe Raketeam sat down with Drake’s Creative Director Michael Hill to begin planning our second capsule collection, everyone agreed on one thing - let’s do corduroy again. There is just something about the fabric that seems too charming, too alluring to get away from.

“It's one of those rare fabrics that seems to work whatever it's used for,” says Hill, “whether casual trousers, tailoring, outerwear, even shirts. My favourite, though, is a corduroy suit: it has a hint of formality, but still maintains that sense of relaxed elegance that is so important. Thanks to a recent renaissance, it seems to have shed its stuffy connotations, but it feels like something that's always been a big part of my wardrobe.”

So again we turned to corduroy’s de facto home for inspiration - New York, the cinematic denizens of which became practically synonymous with the stuff in the 1970s, and where it feels just as at home today. “Oh yes, I can definitely imagine wearing it to dinner at the Minetta Tavern in the Village, or going for a burger at JG Melon after a meeting,” says Hill. “It's incredibly versatile.” Cut from tobacco needle cord with the house's now-trademark soft silhouette, the result is a striking and yet wildly versatile two-piece suit - and, vitally, one that functions just as well split into separates. We’ve paired this with a smart Oxford button-down shirt, featuring a pink and blue double stripe - great with tailoring, especially the suit - but ideal for tucking into jeans on the weekend as well.

If the suit is a homage to a timeless classic, and the shirt is simply a brilliant staple, the tie is something, well, a little bit different. Similar in shape and tone to the iconic Drake’s silk knit, our exclusive tie is actually made from navy terry cloth - a beautifully tactile companion for the cord. “Four decades into the tie-making business, it's very gratifying to still be experimenting with new ideas and I think the terry cloth tie is certainly a first for us,” says Hill. “It's not a formal tie by any means: it's whimsical and light-hearted, perfectly complementing the character so inherent in the corduroy suit. That being said, the terry cloth is actually a blend of silk and cashmere, so that sense of luxury is still there. It actually ties a fantastic knot and looks great on - like a classic silk knit with some added texture.”

Have Drake’s andThe Rakemade something boldly experimental with this new capsule? No. But that’s not the point. What we have instead is a chic set of damnably wearable clothes that nod appreciatively to the past while being effortlessly relevant for today. “A casual suit, button-down Oxford and knitted tie is one of those effortlessly stylish combinations that is hard to beat,” says Hill, “but it's the little details that make this just a touch out of the ordinary: the brown of the corduroy suit that borders on burnt orange; the unusual contrast of blue and pink in the stripe of the shirt; the remarkable texture of the tie. Look a bit closer and these pleasing idiosyncrasies reveal themselves. That's what I love about it as an ensemble. With a well-cut corduroy suit on you can go almost anywhere.” And therein lies its raison d’être. 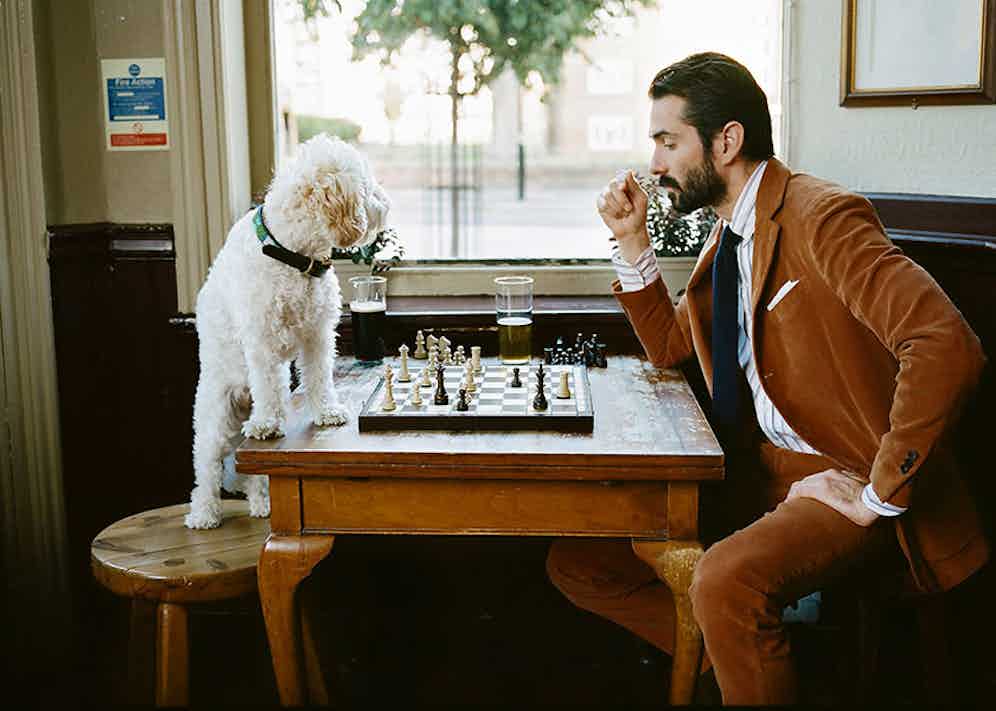 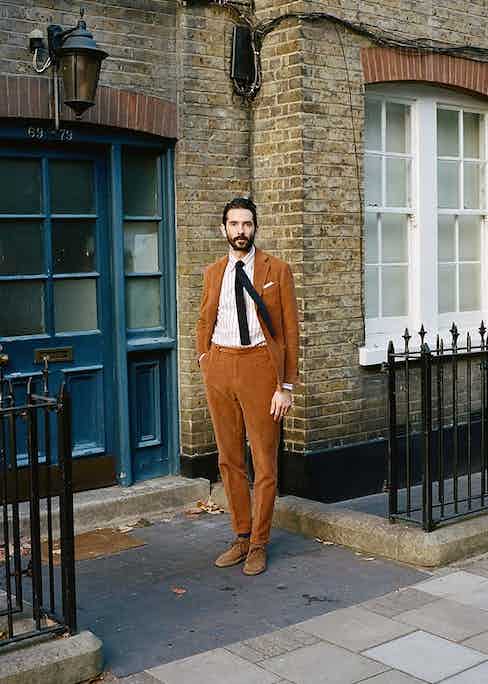 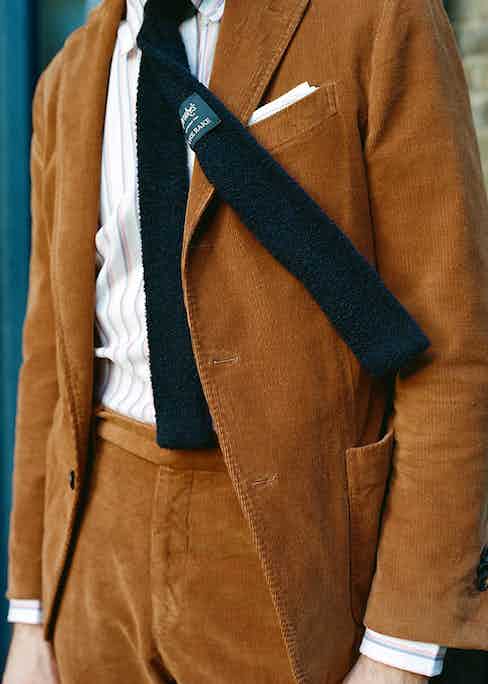