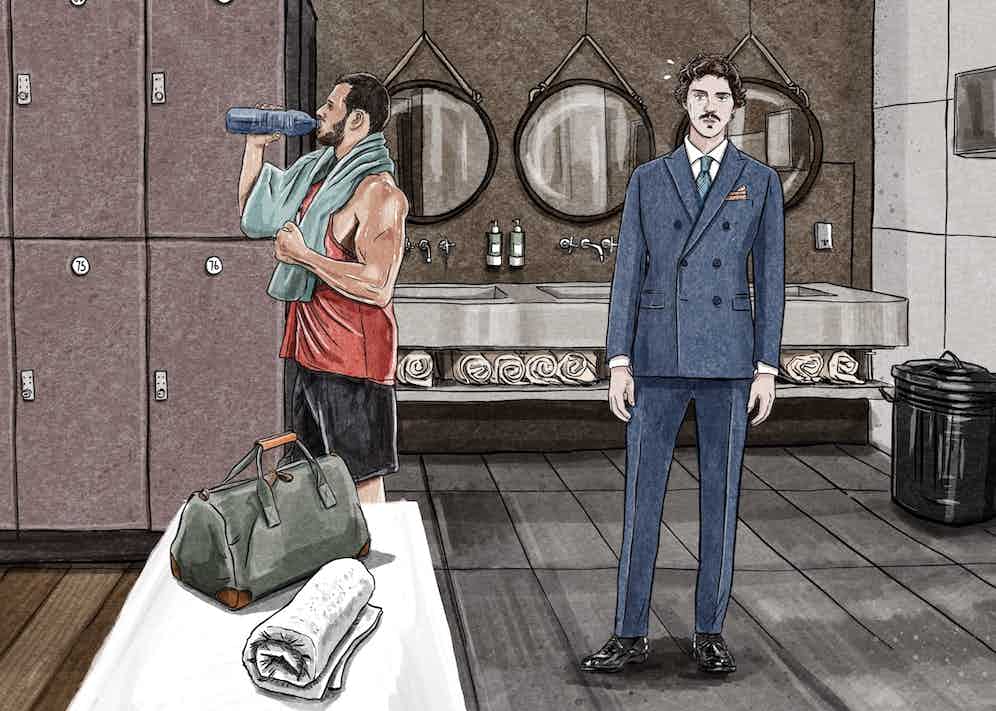 Let's be real, shall we? The summer can present one with a lot of social anxieties. After all, with impending hours spent on the beach or poolside fast approaching, unless you opt to swim in a wet suit, your body is going to be on show. And, if you’re like most of the male population, you might be carrying a little bit of extra and unwanted timber - a hangover from winter’s diet of beige carbohydrates and alcohol.

Which brings me, or rather you, to the gym. If you’re just getting into exercise then congratulations, as the hardest part about exercising is getting the ball rolling. As someone who has a mild addiction with exercising and boxing (although I have to admit I’ve been a little bit lazy these last few weeks) and trains at least five times a week for mental clarity and unashamedly vain reasons, I have a lot of sportswear and dedicated draws for it at home. Much in the same way that I like to dress up and take pride in my appearance each day, I still like to look good in the gym. Moreover, I like to look good post-workout, which in itself requires a gym-friendly bag that doesn't take up too much space.

The aforementioned draws are composed of plenty of T-shirts and tank tops in technical fabrics and dark tones that help keep the appearance of perspiration at bay (it’s not a good look being the sweatiest at the gym), lightweight running jackets and gilets for when I’m up at the crack of dawn and if it’s a little bit chilly, base-layers and shorts.

If you're struggling with it, one of the best ways to get the ball rolling is to invest in the right kit as it will plague you with guilt if you don’t use it. So, here’s a short and concise list of suggestions as to what you'll need to help you get the ball rolling from the likes of Aeance, Iffley Road, Soar and British Vintage Boxing Club.