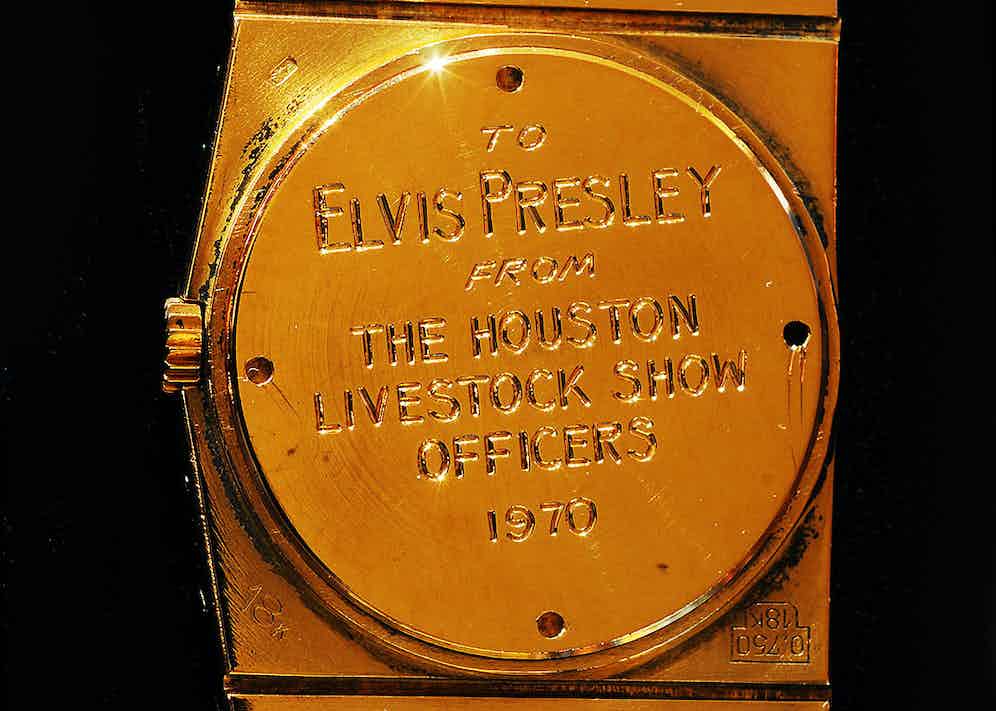 It was the watch of choice for 'The King', Elvis Presley, and 'The Duke', John Wayne; at the time of its production it was the most expensive watch Rolex offered; and upon its release it was the heaviest gold watch available anywhere. It is the ref. 9630, the first Rolex King Midas.

The striking design of the thin, manual winding, everyday timepiece was unlike anything else offered by the brand until that point. Described as 'daringly different', its smooth lines, asymmetry and integrated bracelet all help make the piece in question an exercise in minimal but opulent design. It is easily one of Rolex's most wonderfully decadent watches.

For the ref. 9630, its famed designer, Gérald Genta, drew inspiration from Greek mythology. This is most apparent in the font used for 'MIDAS' on the dial, the watch's apt namesake and its ancient Greek urn-inspired presentation box.

The King Midas made its debut in 1964 and was produced in an edition of 1,000. Weighing in at approximately 200 grams, each and every one was crafted out of a single gold ingot. It was manufactured in several different configurations: in yellow gold (with a champagne dial), white gold (with a silver-coloured dial), and also with the winding crown situated on either side of the watch's polygonal case. Some examples are said to feature a pavé diamond setting, others bi-metal (both white and yellow gold) construction, and at least one is thought to have been produced in white, rose and yellow gold for the renowned retailer Bucherer. 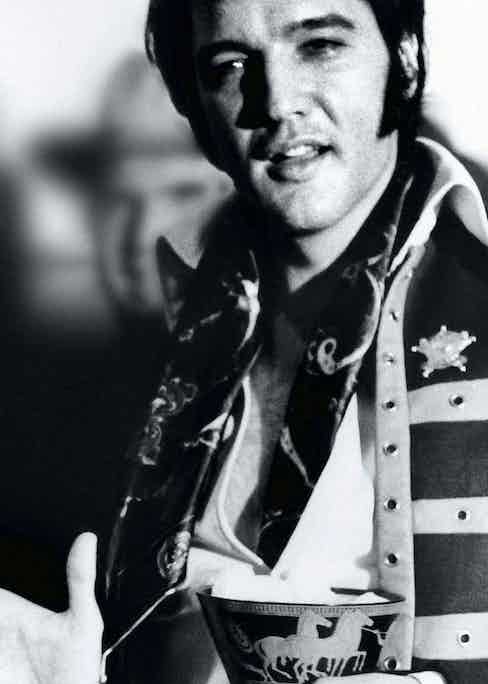 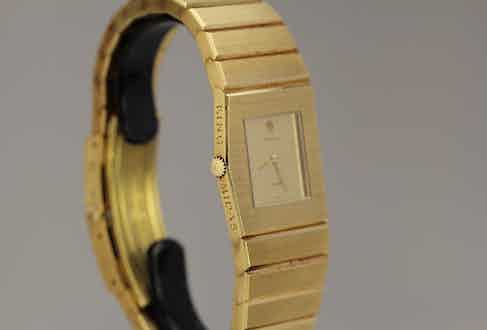 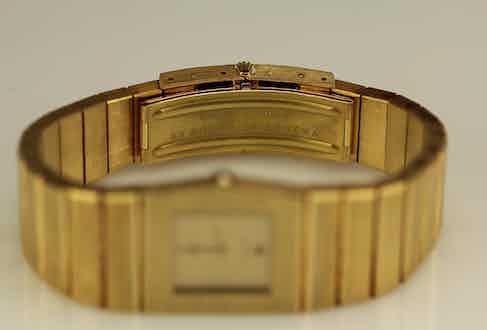 In 1962, approximately 20 of the world's leading watch manufacturers collaborated to form the Centre Electronique Horloger. The Neuchâtel-based consortium, which counted Patek Philippe, IWC, Omega, Piaget and Rolex in its ranks, aimed to develop and produce the ultimate Swiss-made quartz movement, one that met the high standards of its participants. One of the resulting movements was the Beta 21. Completed in 1969, it lacked the ticking second hand associated with quartz; instead it mimicked a mechanical movement, with a sweeping second hand.

The Beta 21 was used by several of the contributing brands' wristwatches, including the Omega Electroquartz and the Patek ref. 3587. Rolex employed the movement in the ref. 5100 - known simply as the Rolex Quartz, it was first presented at the 1970 Basel watch fair (the precursor to Baselworld). The manufacturer's first quartz timepiece was produced in an individually numbered limited edition of 1,000 pieces. All 1,000 are gold - the majority are yellow gold, but a few examples were produced in white gold. As with the King Midas, the Rolex Quartz was also milled from a single gold bar, though it superseded the King Midas as the most expensive watch in Rolex's catalogue.

It featured a unique President-style bracelet, and was described by the brand as 'a masterpiece in which the case unites and harmonises with the bracelet to form a wristwatch of unprecedented elegance and class as well as accuracy'. It was also one of the first Rolexes to feature a quickset date function (allowing rapid changing of the date display), a sapphire crystal (providing far greater resistance to abrasion) and a hacking seconds hand (meaning that the seconds hand stops while the time is being set, facilitating more accurate time setting). 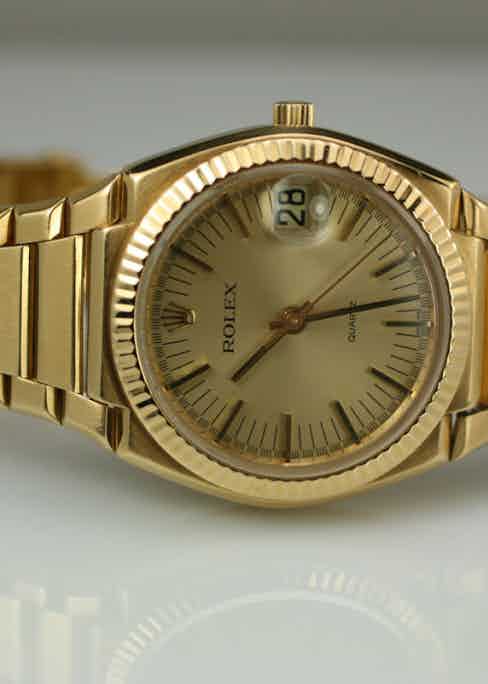 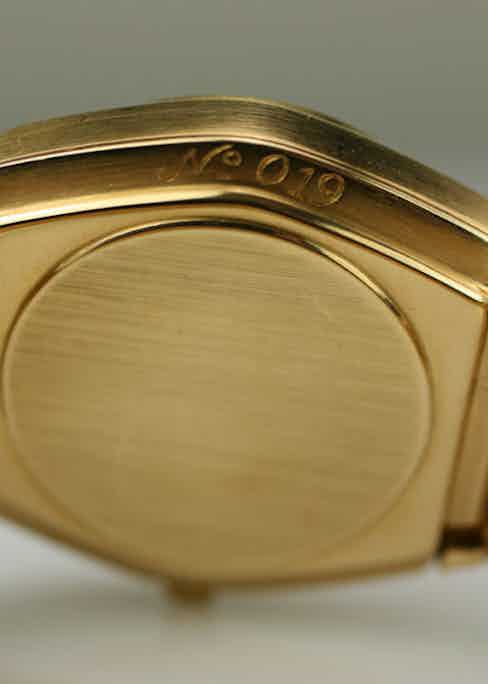 The Rolex Quartz is the only timepiece produced by Rolex to feature the Beta 21: all of their subsequent quartz models featured in-house movements. The ref. 5100 was marketed as an exclusive piece, and that was backed by its limited production run and high price point. A 'Golden Register' was kept at the company's Geneva headquarters, a who's who of clients who proudly counted a Rolex Quartz among their most precious possessions. This who's who formed the brand's Rolex Quartz Club, with membership immediately conferring an invitation to Rolex in Geneva.

Upon a member's first visit the individual would be invited to sign the 'Golden Register' and 'enjoy a personal tour of the Geneva world headquarters'. We at The Rake know of a gentleman who purchased a Rolex Quartz but has never been. If the 50-odd-year-old invitation still stands, it is surely an opportunity not to be missed.