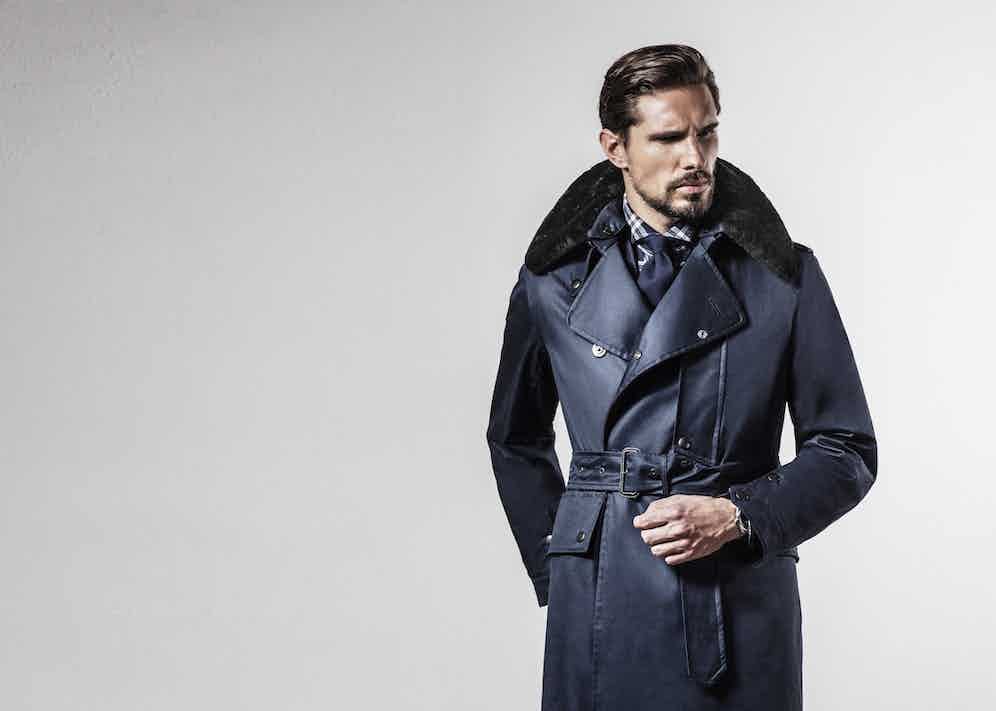 Grenfell, excitingly, is a brand that you might not be that familiar with. We have to admit that it’s even new to The Rake, which isn’t something that happens every day. We discovered the brand a few months back when on the hunt for new potential collaborators at Pitti Uomo (proof by the way that we don’t just go there for a jolly twice a year), and were immediately struck by the sense of gravitas that it’s glorious London-made overcoats and outerwear commands.

For context, Grenfell is a British heritage brand at its finest, with a lengthy and pioneering history – though it was only revived from a period of dormancy around a year ago. The Grenfell of old shot to fame in the 1920s, when the intrepid Sir Wilfred Grenfell (known for his expeditions and medical missions to Newfoundland’s Labrador coast) collaborated with Walter Haythornthwaite, the owner of a Lancashire textile mill, to develop a revolutionary new weatherproof cotton cloth that was capable of standing up to the toughest of conditions, but which was nonetheless breathable. The company capitalised on the success of its unique ‘Grenfell cloth’ for much of the following century, and was universally lauded as a leading outfitter to explorers, aviators, mountaineers and automotive giants. Both Sir Malcolm and David Campbell broke the land speed record whilst wearing Grenfell coats, and it is this extraordinary history that informs the contemporary designs of the company today.

The remarkable thing about Grenfell cloth is that despite its near miraculous weather-resistant properties, it’s an entirely natural fibre, pure cotton, free from coatings or synthetic treatments, which is weather-proof simply thanks to its extraordinary density. The cloth takes the form of a super-tight gabardine woven with 600 threads per linear inch both in the warp and weft. Consequently, it keeps out the wind and rain effortlessly and yet breathes beautifully, more than making-good on Dr Grenfell’s belief that “you could not keep a statue warm by putting a fur coat on it; clothing must be windproof but must breathe.” The development of the original Grenfell cloth was no mean feat, taking several years of research and development; special yarns were required, which had to be spun from scratch, before the looms destined to weave the stuff were specially strengthened. Then the resulting cloth proved itself so naturally waterproof that it wouldn’t take on any dye. Finally, one fateful day in 1923, the code was cracked and Grenfell cloth was born.

What better fabric then to cut The Rake’s inaugural collaborative trench coat in, The Grenfell for The Rake Weatherproof Despatch Rider? Drawing upon a pattern held in the Grenfell archives, the trench is a faithful replica of those imposing articles worn by runners and motorcyclists responsible for perilously running orders between the lines during WWI. The coat is something of a technical masterpiece, not only thanks to its navy Grenfell cloth composition (ideal for keeping the wind out when dashing between from forward to rear command on your faithful Norton), but also thanks to its impressive specifications. Apart from the obvious; its imposing length, generous double-breasted wrap and belted closure, the coat is equipped with military-grade brass snaps, designed to eradicate the possibility of buttons falling off and be easier to use when wearing gloves. The coat also features the requisite pair of storm flaps to keep the rain from penetrating the top of the coat or saturating the upper back and the all-important despatch pocket, which belies its use. A tartan detachable wool inter-liner woven in Scotland by Begg & Co. adds weight and warmth when required. For this special edition of the Grenfell dispatch rider, our coat has also been equipped with an enlarged collar for extra impact, covered in a black detachable fur over-collar, for those days that feel particularly arctic.

A garment of heroic proportions, handmade in London in a world-beating cloth (the recipe for which has remained unchanged for decades), this is a powerhouse of a trenchcoat, unique in its impact and robust composition. Only ten pieces have been produced and are entirely exclusive to The Rake. For those in search of a coat with a very definite sense of drama about it, we can think of nothing better this season. 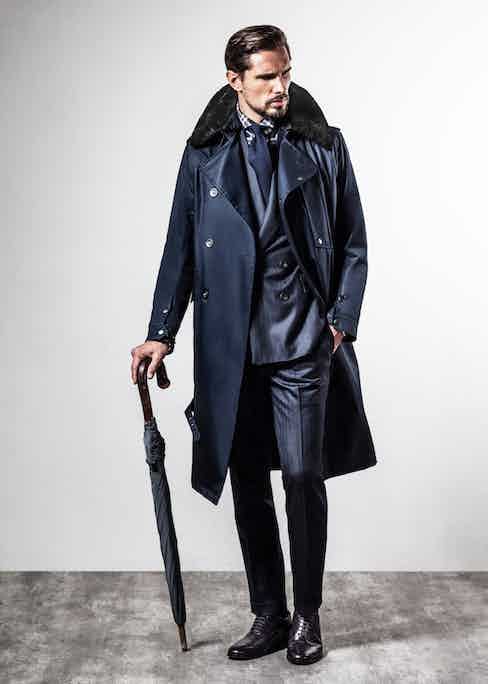 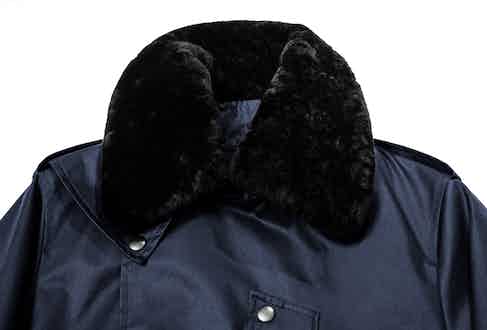 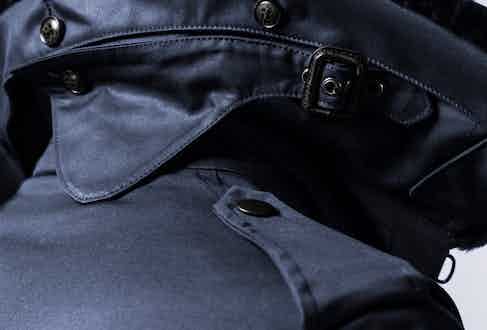 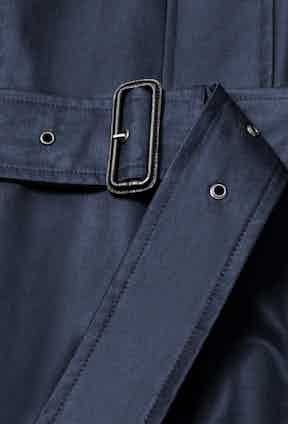 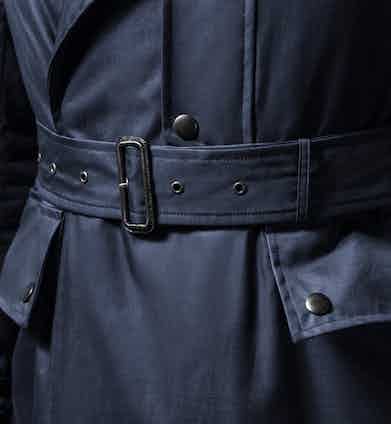 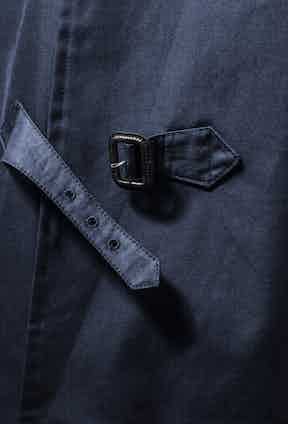 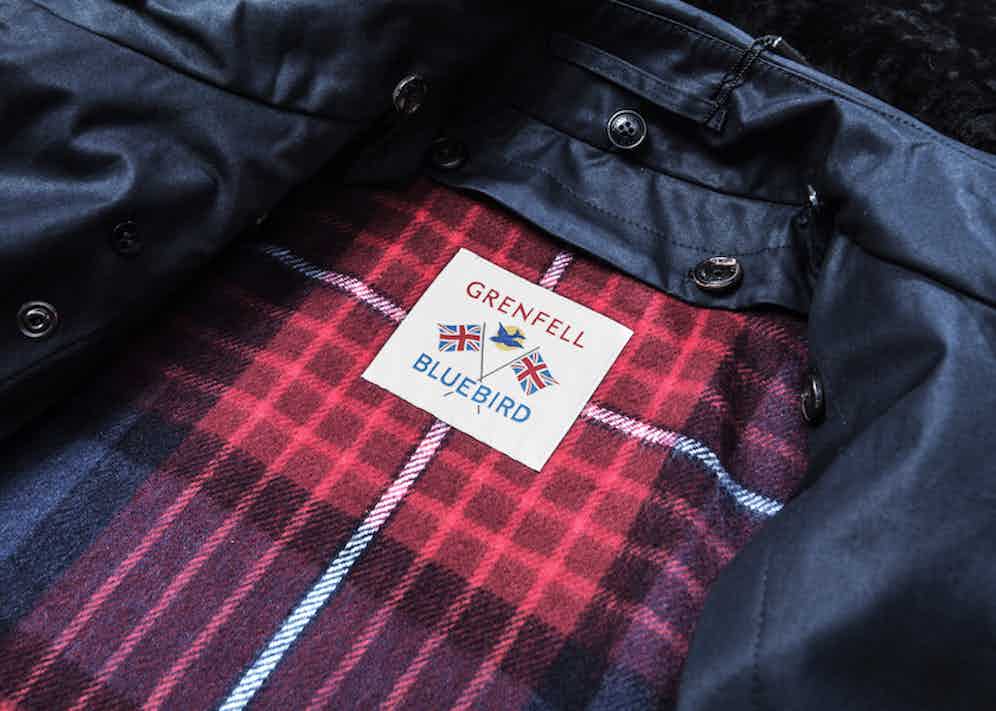 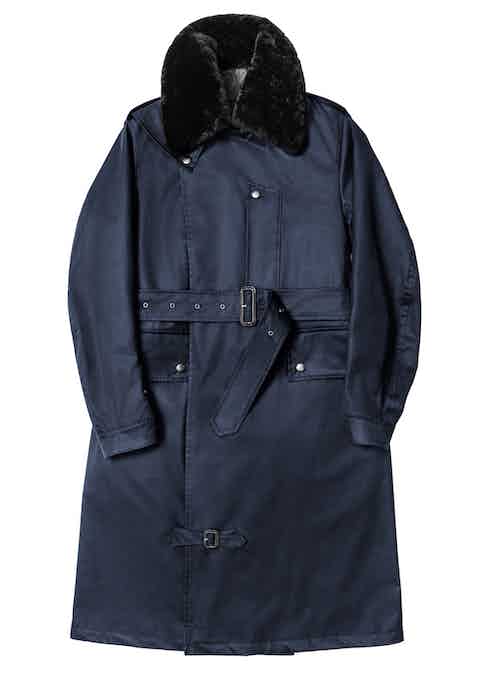 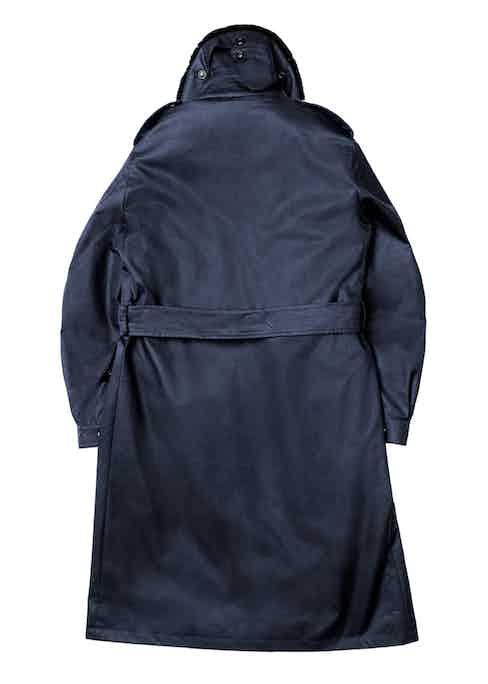 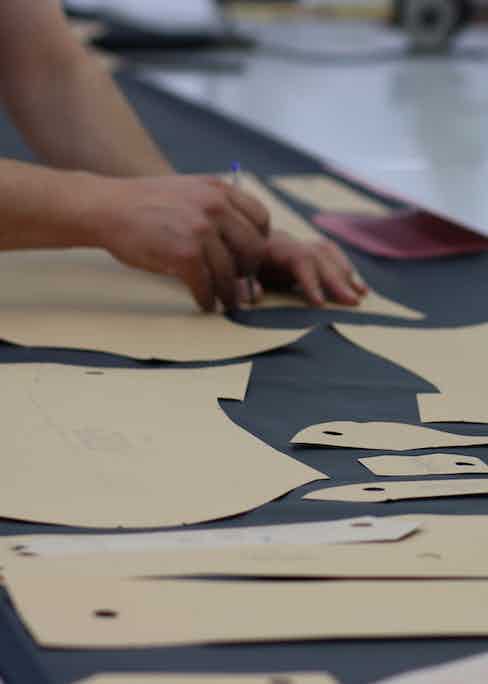 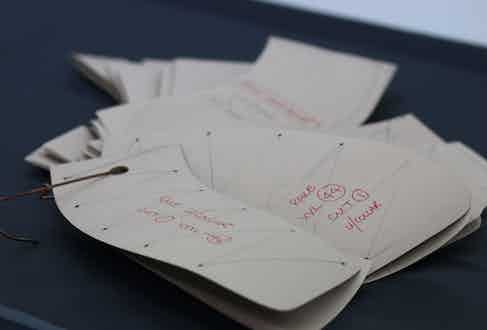 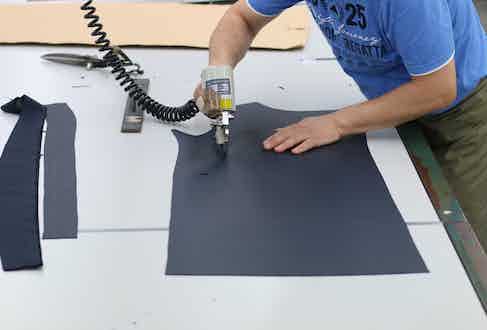 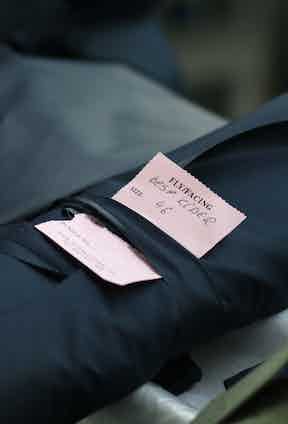 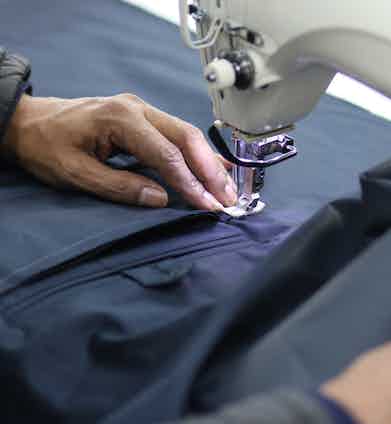 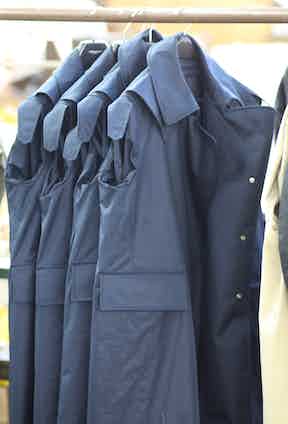 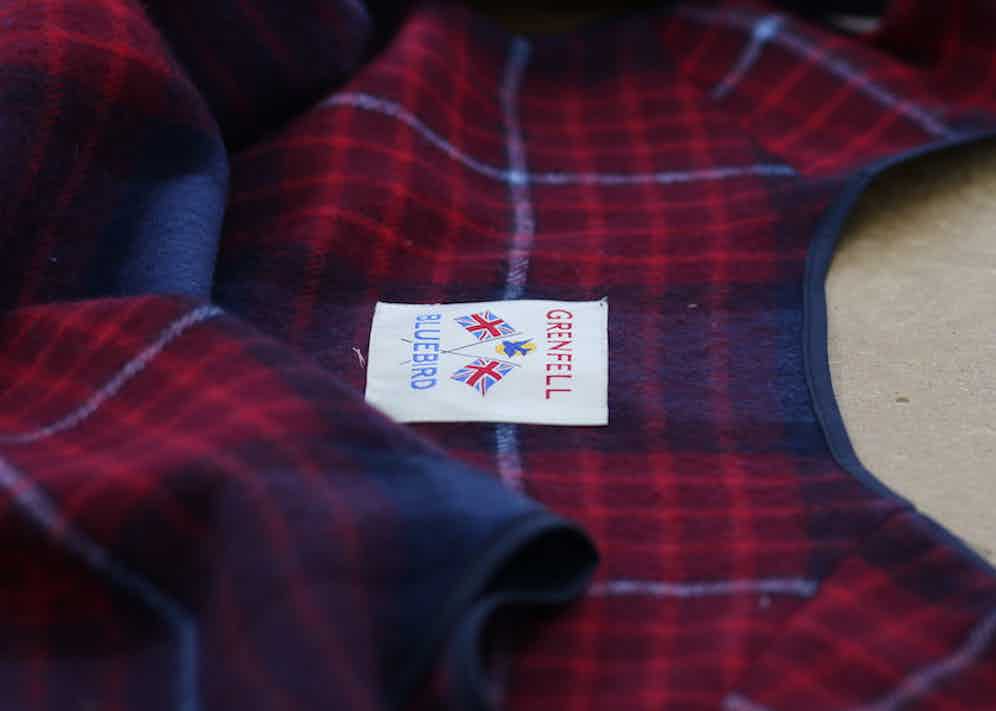