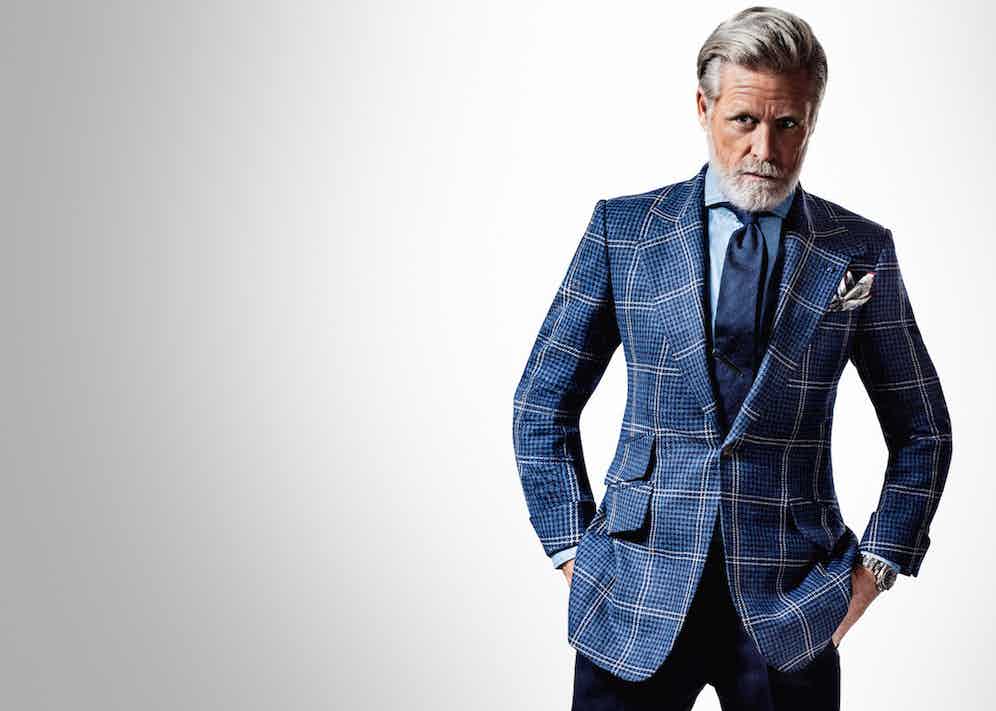 There are certain garments in sartorial culture that are near mythical. If there was a Valhalla for tailored garments, lining the halls of this pantheon of greats would be the Anderson & Sheppard double-pinstripe drape suit, the A. Caraceni transformable double-breasted suit, the concave-shoulder cigarette sleevehead Cifonelli smoking jacket and the Rubinacci shirtsleeve shoulder three-roll-two blazer, each worn by a legion of boulevardiers and style juggernauts throughout the 20th century.

But residing on Odin’s throne, seated at the very cynosure of stylistic aplomb is the Huntsman House Tweed Hacking Jacket. Adopted as part of the rakish arsenal of luminaries like Cecil Beaton, Louis Lord Mountbatten, Gregory Peck and even Katherine Hepburn, the Huntsman Hacking Jacket is descended from the firm’s halcyon tradition in both military and hunting clothing. As such, the resulting jacket is noble of bearing - priapic of shoulder, Herculean in chest, gliding into an Adonis-like waist before flaring out into proud, virile skirt.

For The Rake’s first collaboration with Huntsman, Savile Row’s most glamorous and storied tailoring firm, we set about creating the ultimate expression of the Huntsman’s Hacking Jacket. First we capitalised on Huntsman’s long-standing partnership with the oldest tweed mill in Islay, off the west coast of Scotland to craft our very own House Tweed. Designed by Huntsman’s Creative Director Campbell Carey, our stylistic directive was to conjure up a pattern that defined our concept of an urban tweed, which is to say tweed that is more at home in a smoky boite, or tumescent twilight tryst, than it is in the country lane. Our mission was to arrive at a tweed that would have been worn by Gunther Sachs on an evening out at Regine's in the 1970s. This is intended to be urban tweed, louche, boulevard prowling, haute-monde demoiselle seducing tweed.

"Our mission was to arrive at a tweed that would have been worn by Gunther Sachs on an evening out at Regine's in the 1970s."

The resulting pattern is a palimpsest of blues ranging from midnight blue to sky blue with a silver over check. Says Campbell Carey, “Since The Rake wanted a nocturnal tweed, we decided to use the colors of twilight, while the overcheck is meant to evoke the luminous moon and stars in the night sky. Also since this was a jacket that would be worn indoors we ensured that the handle of the cloth was soft to the touch and that its weight was suited to this need.”

Again, it was the halcyon era of the 70’s when the cities of Paris, New York and London were the stomping grounds of legendary playboys ranging from Warren Beatty to Serge Gainsbourg that defined the style of The Rake’s Hacking Jacket. Says Campbell Carey, “The Rake wanted us to reinterpret a typical Huntsman hacking jacket from the 70’s, when the legendary cutter Colin Hammick presided over our house. As such everything about the coat is a little exaggerated. It’s a Huntsman jacket on steroids. The shoulder is a bit more heroic, the sleevehead a soupcon more roped, the chest a bit prouder, the waist a little bit more nipped, the skirt a bit more insolently flared and the lapels are clearly more generous - as are the proportions of the pocket flaps and the turn-back cuffs. At the same time, it was important that the hand-construction of the coat ensured that it was soft and comfortable to wear despite its sculptural silhouette.” Indeed the Huntsman for The Rake Hacking Jacket appears not so much cut and painstakingly sewn from cloth but hewn from some transubstantiate multi-hued marble by the great sculptor Bernini, such is it’s beauty. As a nod to the Hacking Jacket’s equestrian roots the collar also features a fully functional throatlatch allowing the lapels to be buttoned over each other a feature tested extensively by The Rake’s team during the London Distinguished Gentleman’s Ride astride our motorcycles.

The Huntsman for The Rake House Tweed Hacking Jacket is not for the faint of heart, but for those looking for the ultimate execution of one of Savile Row’s most legendary garments, as well as a jacket to symbolize their dominion over all they survey - this is the coat for them. The Huntsman for The Rake Hacking Jacket will be tailored in just ten examples in a cloth exclusive to The Rake. 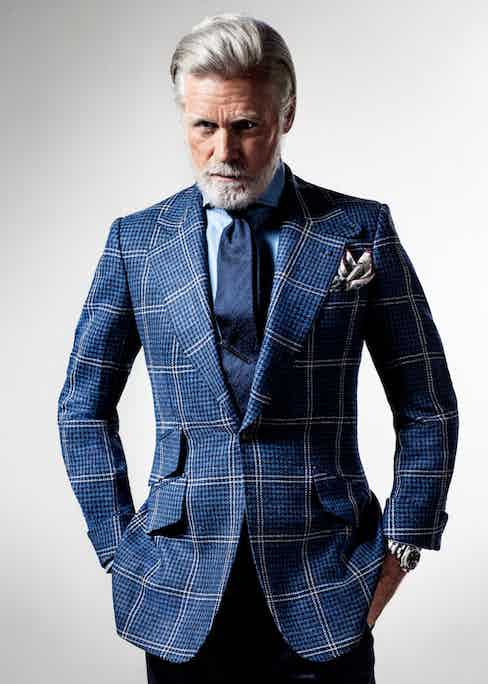 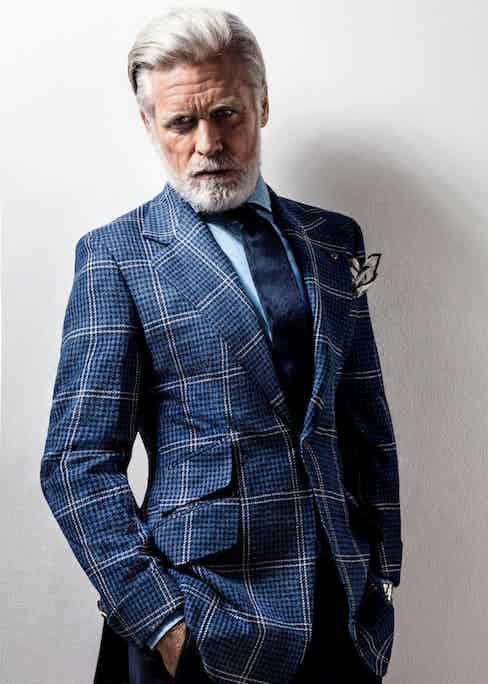 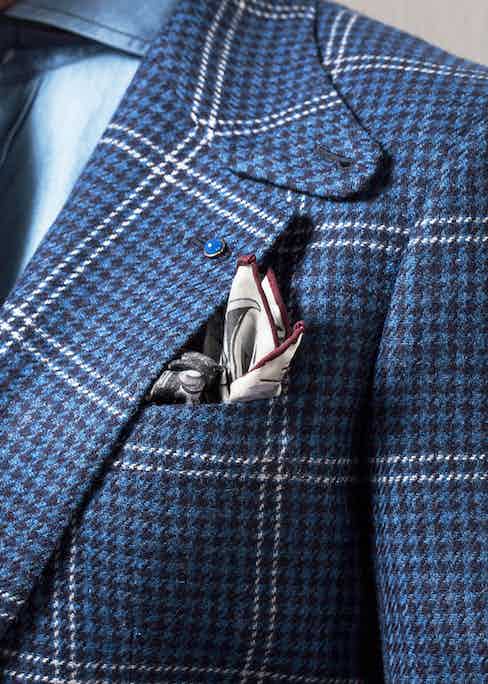 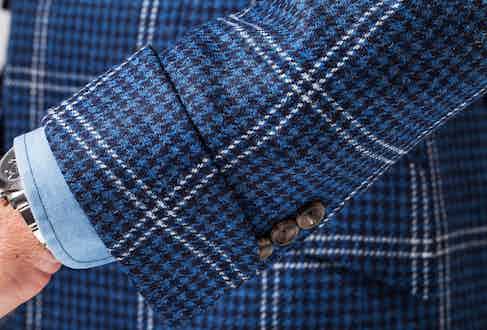 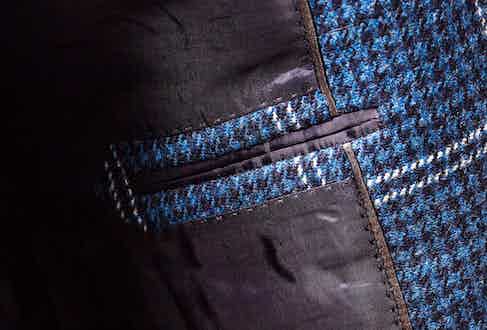 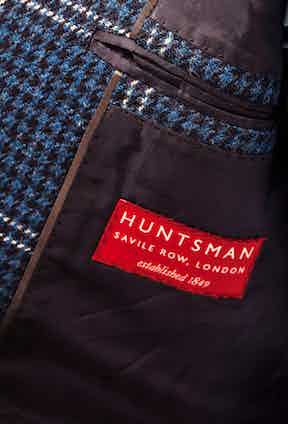 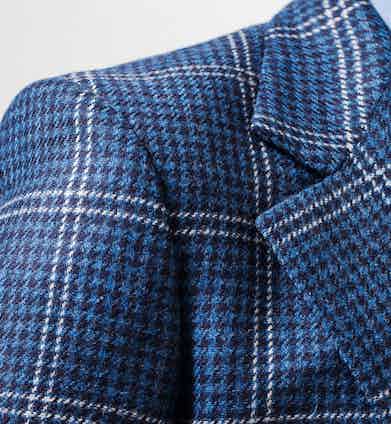 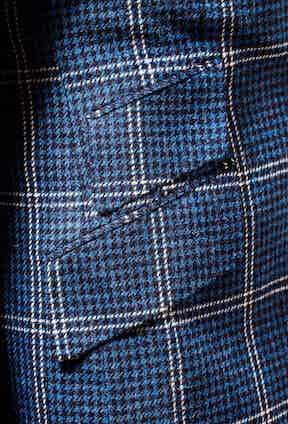