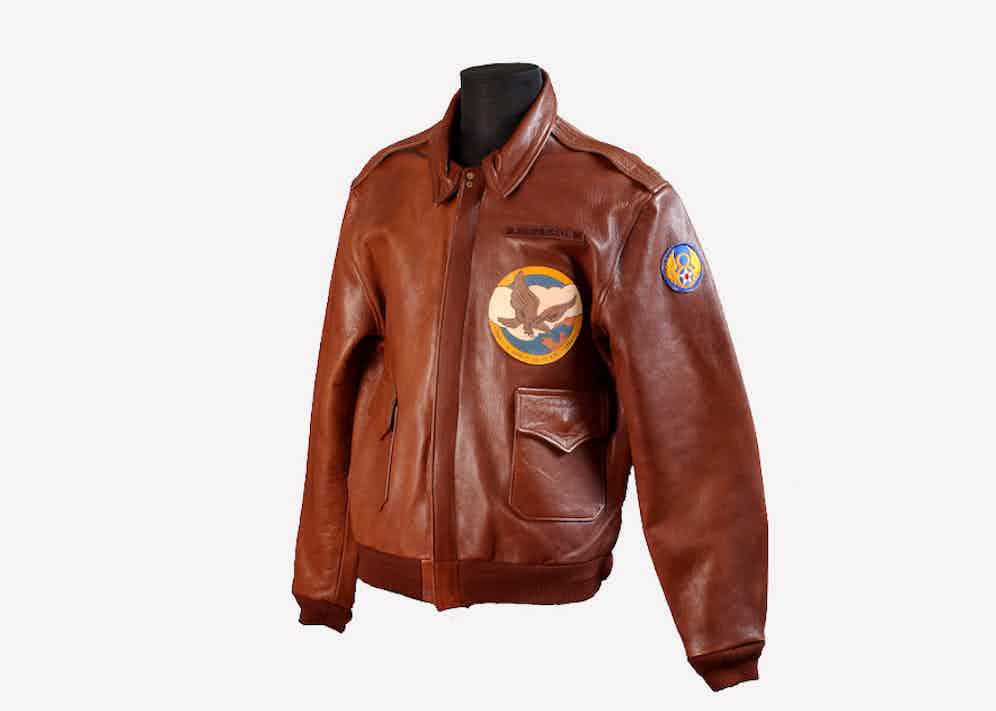 The United States Army Air Force was established in 1941, and whilst the propaganda depicted handsome, pigeon-chested young men, shoulders back and hair flowing in the altitudinal breeze, the reality wasn’t all derring-do and bravado; flying a fighter plane in the early days was no leisurely stroll in the park. Today, shock absorbent seats, Bose headphones, heated cabins and GPS mean navigating a fighter plane differs dramatically to the open-cockpit, single-seat, parachute-free setup of past generations – so it’s no surprise that pilots required a little support in the sartorial department.

The bombardier refers to a jacket originally created for military pilots, designed specifically to protect them against harsh conditions. The A2 model was standardised by the US Army Corps in 1931, and is distinguishable by several elements; a snap-down collar, epaulettes and a military spec tag beneath the leather hanging strap. A ribbed waistband and cuffs maintained maximum warmth, along with heavy-duty leather. Constructed with a single panel in the back, the jacket’s limited seams aimed to resist stress on the garment and increase longevity, whilst the position of the pockets was intended to discourage the wearer from placing his hands inside, a reproachable act of insouciance for a respectable pilot. Nevertheless, pilots aimed to lend their all-important flying jackets their own individual identities, so aviators spent time adding accoutrements such as squadron patches, stripes and insignia to depict loyalty, rank and patriotism.

The Chapal A2 is no different, upholding these traditional features and including the necessary emblazoned badges; one displays ‘1944 - June 6 th’, a date more commonly known as D-Day, a respectful nod to the French heritage of the brand, and another displaying a gold-winged World War II symbol of the US Army Corps, from where the jacket’s design originates.

Across the pond, Chapal is recognised for boasting its own tannery and fur factory, a rarity in the realm of manufacture today, in which it famously invented the coating applied to shearling to make it water resistant (later supplied to the US air force and used on their B3 bomber jackets). With seven generations of innovation, knowledge and design behind them, this is a brand that has taken quality leather goods to unparalleled heights, both figuratively and literally.

"The bomber jacket pulls through season after season, passing the endurance test of time with – pardon the pun – flying colours."

Made with glossy, natural brown goatskin, Chapal’s A2 is a garment of both beauty and tenacity. In a world where ‘fast fashion’ regrettably seems to be taking over, the bomber jacket pulls through season after season, passing the endurance test of time with – pardon the pun – flying colours. Considering the A2 design has survived almost a century with few changes to its design and with little lost in translation between countries, it is in itself a testimony to the strength and success of the style.

A great many luxury brands including Dior, McQueen and Armani have revamped the classic bomber in opulent silks, satins and suedes for Spring/Summer 2016, but the Chapal blouson remains unsurpassable with its timelessness and, let’s be frank, inherently badass reputation. Be it Pete ‘Maverick’ Mitchell in Top Gun (1986) or Steve McQueen’s Captain Virgil in The Great Escape (1963), the Chapal evokes the charming rebellion of the self-sacrificing underdog, worthy of a fawning adolescent girl’s lust but without the inherently negative connotations of anarchic skinhead leathers or biker-boy danger.

More than this, the beauty of any leather jacket of quality is its ability to become a second skin, mould to one’s figure and move with your body’s rhythm. This closeness of fit and design is second to none, and particularly so with creations like Chapal’s unfussy A2 classic, especially as the brand provides a bespoke service and complete exclusivity. What’s more, the extraordinary handpicked leather that Chapal insists upon will age as beautifully and elegantly as its owner (one hopes). In the words of the designer himself, Chapal’s owner, Jean-Francois Bardinon “it embodies the diktats of contemporary aestheticism. Pure lines, technical details and natural materials.” Exactement. 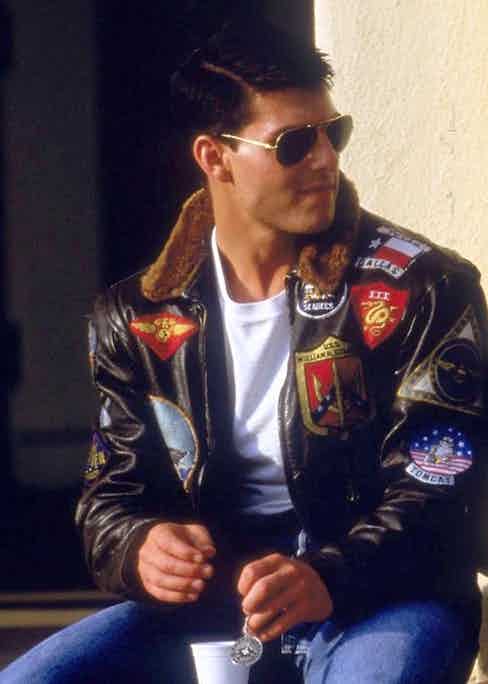 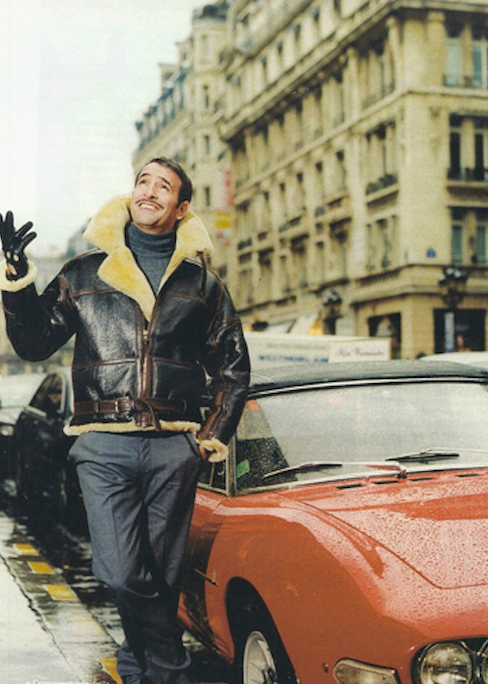