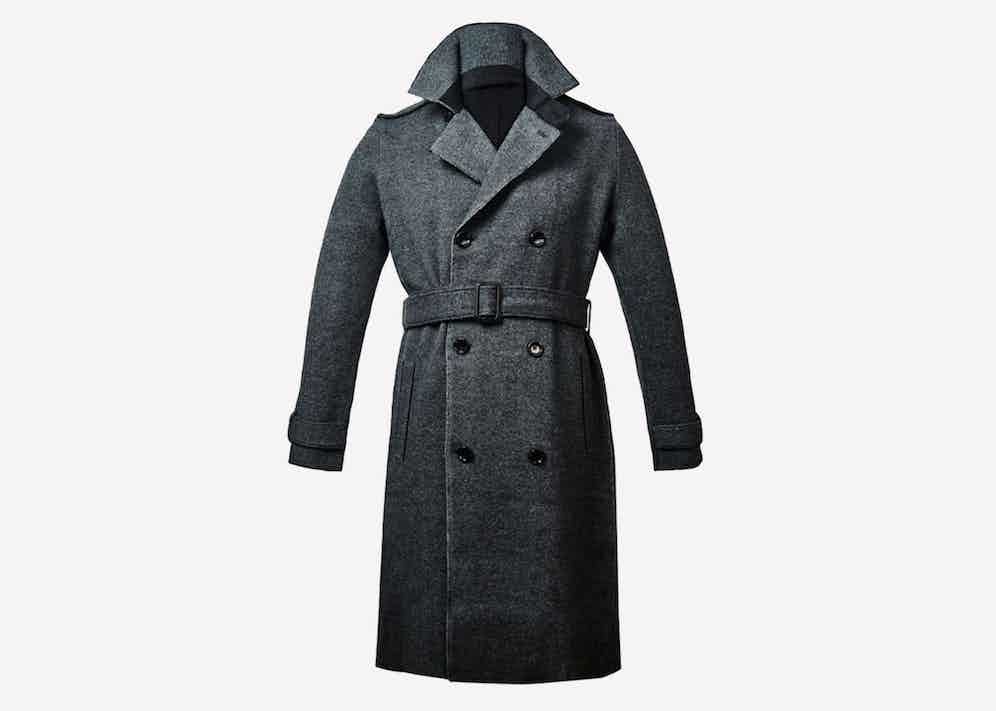 With a plethora of designers, tailors and artisanal brands all fighting to carve out their niche in the highly competitive luxury market, it can be hard to stand out from the crowd. However, four-generation family-owned house, Falke, have found a way to confidently stake their claim by creating a garment so unique, our attention was piqued at the very first glance.

Falke has made the unusual decision to craft a trench coat from 100% Merino wool, a fabric normally associated with knitwear. It was a risky decision that contrasts with the long and prosperous history of the traditional cotton gabardine trench – but the risk has paid off. It features all the same aspects of the original trench including double-breasted buttoning, shoulder epaulettes, adjustable cuffs, slanted side pockets and a single back vent. These details were once put to practical use by soldiers during World War One, yet they now add a sense of smart sophistication and structure. The belted waist is also stolen from the original design, but in a contemporary environment it creates a level of cool refinement by accentuating the figure.However, Falke has gone a step further and – in some ways – improved on the decades old design. When compared with the thinner and cooler properties of the traditional gabardine cotton so used by Burberry andAquascutum, the two-tone Merino wool utilised by Falke gives both a textured finish and unbelievable warmth. The tougher properties of the Merino also allow for the collar to be worn down or turned up as an effective windbreak during the bitter winter months.

One of the most impressive aspects of the knitted trench is its versatility. Thanks to its double-breasted closure and knee-length finish, it’s essentially an outfit in its own right. What instantly comes to mind, however, is to pair it with a navy three-piece suit, channelling Michael Caine’s brooding, mysterious look inGet Carter. The dark grey metallic-like hues of the wool lends the coat well to an urban environment and will complete a tailored ensemble. Alternatively, the minimalist nature of the coat means it could be used in a more relaxed setting,perhaps for a weekend escapade out of the city. In which case, wear it open and layer with a woollen blazer and dark turtleneck for a more casual get-up.

For more than a century, the trench coat has remained primarily functional and relatively unchanged. Looking back at images of WWI, the resemblances with this coat are clearly apparent. However, Falke has taken the basic idea of this classic garment and turned it on its head. Demonstrating innovative thinking and craftsmanship expertise, Falke has arguably begun the much-awaited modernisation of the trench coat, and we atThe Rakewant in. 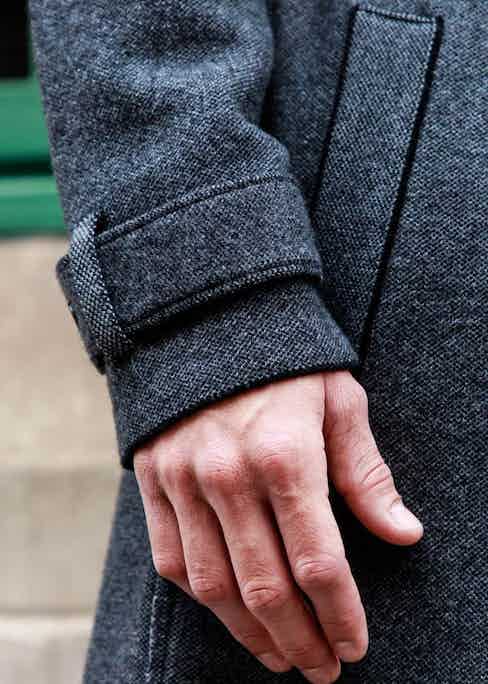 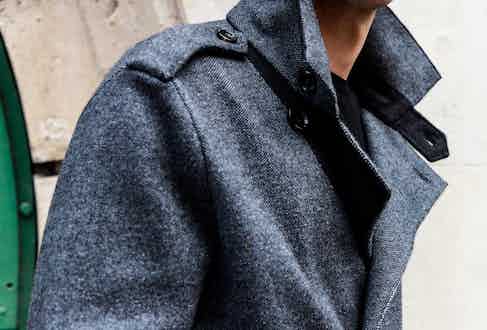 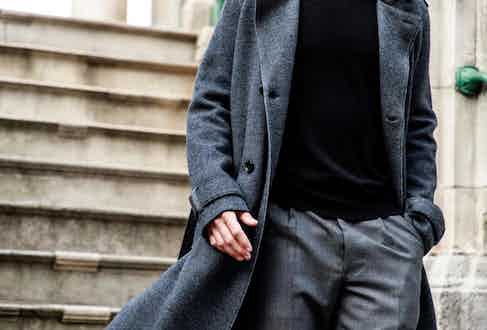 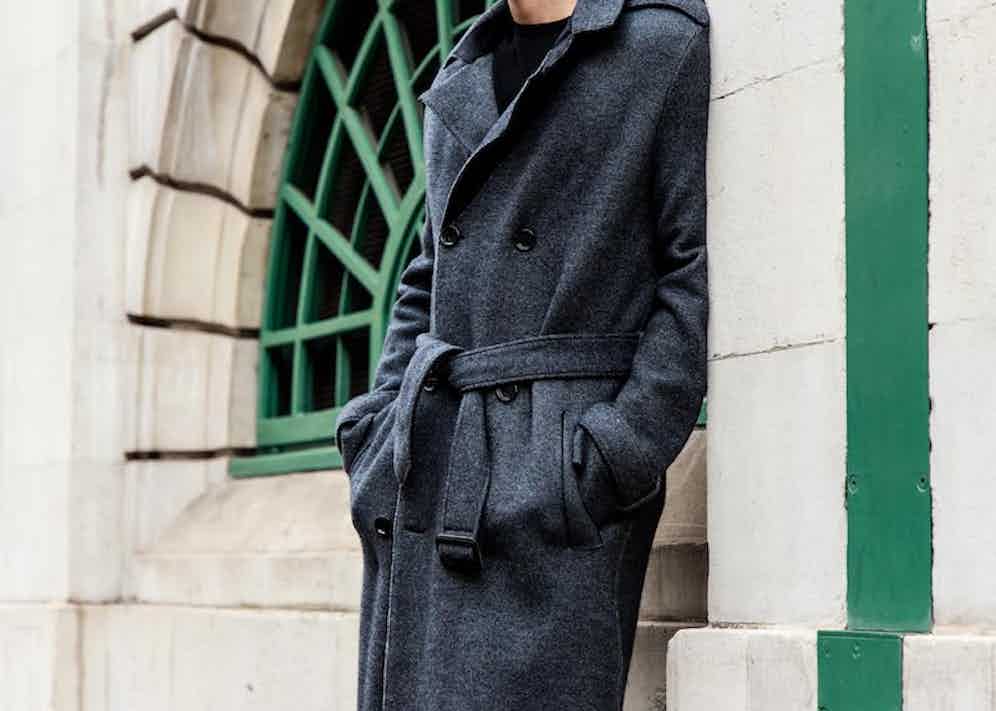