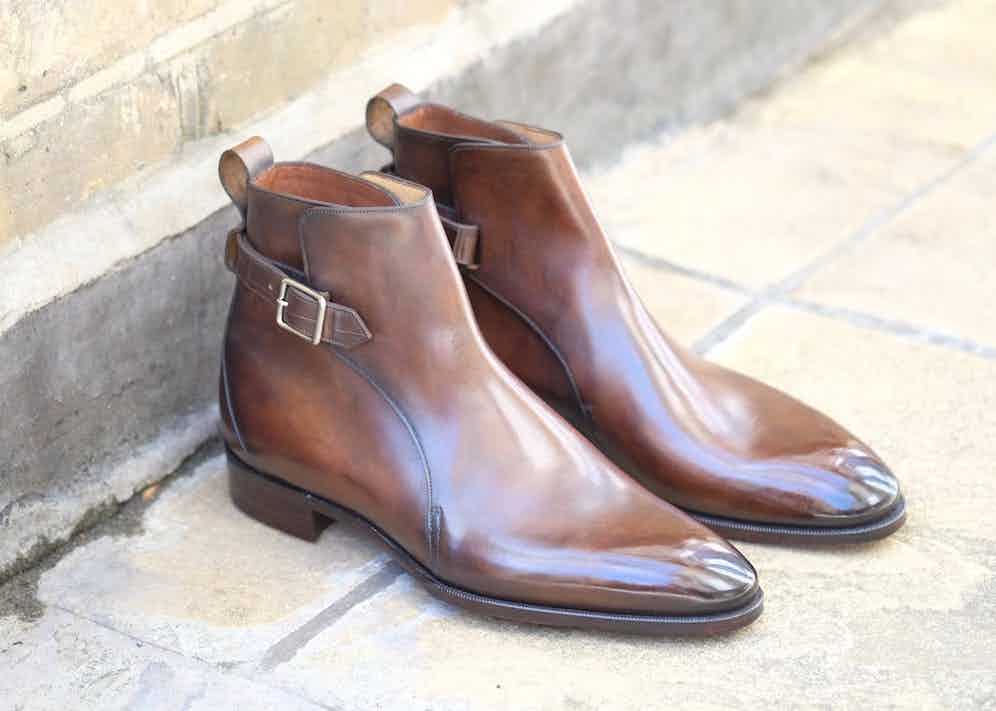 Built on the DG70 last (aka the Astaire, a man as light on his feet as he was stylish),Gaziano & Girling’s London boot is a contemporary Jodhpur which represents the way boots in the recent past have moved towards a more informal, less uptight code of dress for gentlemen (and women). Taking pride in making a boot that is sexy as well as entirely multifunctional, founder Tony Gaziano explains, “it’s the equivalent of wearing jeans instead of trousers; the London boot is still incredibly elegant, but the beauty of it is that it works just as well under a suit or in a professional setting. Lots of men may like the idea of a boot, but it takes a particular line and refined shape to make it comfortable to wear with trousers and suits.” After all, Tony points out, “most boot designs have traditionally come from outdoor workwear.”

Named in honour of the “centre of the sartorial world”, the boots are available in a generous range of materials from rich calf skins to seasonal suedes, and the removable strap buckles three different ways. The flexibility of the design reflects both the diversity of the city and Gaziano & Girling’s defiantly British craftsmanship. “Almost 200 processes go into making the boot,” Tony tells us, “and they’re always a tricky product to make. Blocking, or moulding the front, requires manipulating the leather using heat and steam, and the individual sections of the boot are so large that they can only be cut from clear skins – finding areas of skin this big without flaws is extremely hard.”

“Personally, I’d get them in a dark navy blue, with the strap in a textured grain leather, and wear them with a charcoal grey flannel,” Tony says, sounding more than a little wistful at the idea. By changing the style and material of the strap, customers can have total control over the finished appearance, and a completely individual pair of shoes at virtually bespoke levels of quality. “The London boot is very much in line with a lot of tailoring presently coming out of London; it stands out on its own and it’s left the competition behind.” As a fundamental part of the Savile Row ecosystem, G&G’s customer base is largely built of made-to-order commissions, so it’s no exaggeration to compare the divinely sculpted London boot with some of the finest tailoring in the world.

“At the moment I feel London is the centre of the sartorial world, not just for English brands but brands from all over the world – the square mile of Mayfair that covers Savile Row, Jermyn Street and Bond Street has grown into one of the most focused luxury shopping areas in the world.” Maybe he’s biased, but having produced the most elegant pair of men’s boots we’ve seen in a while, I’m willing to let him off just this once. 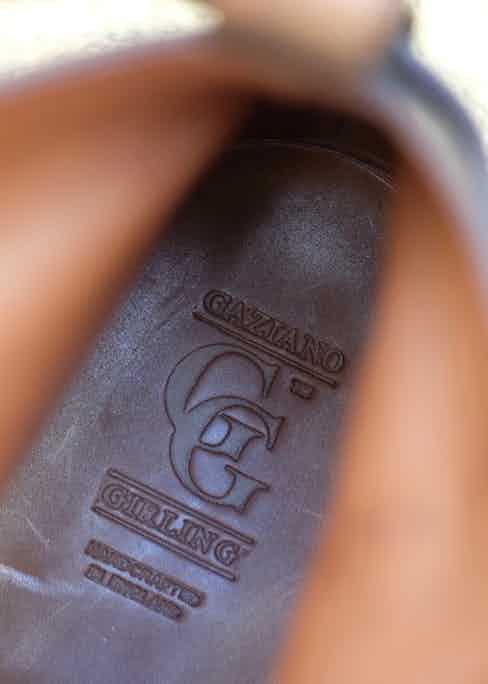 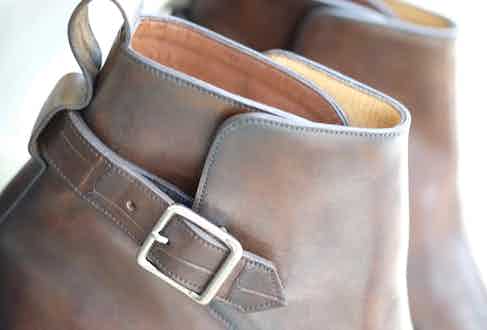 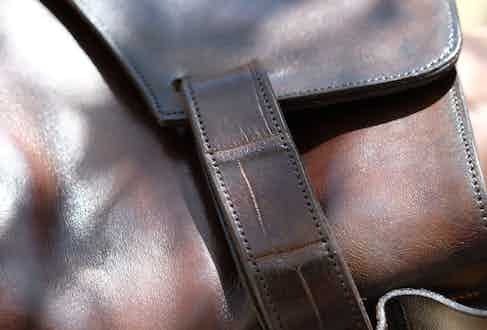 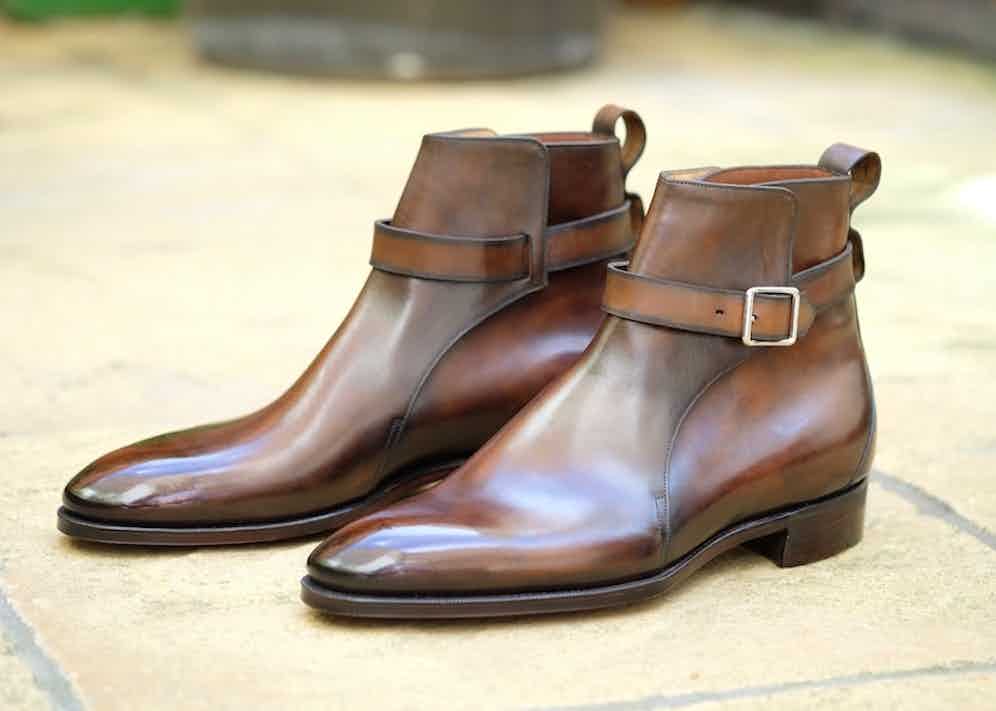 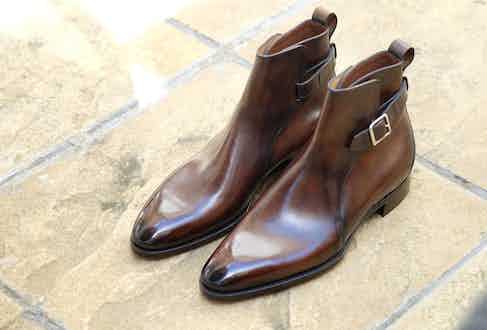 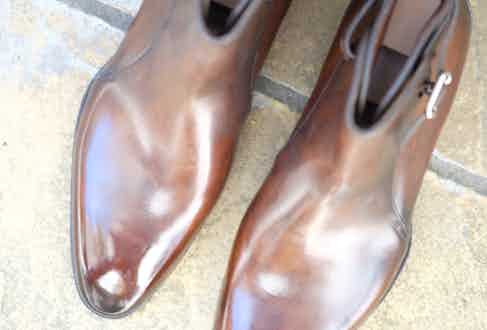