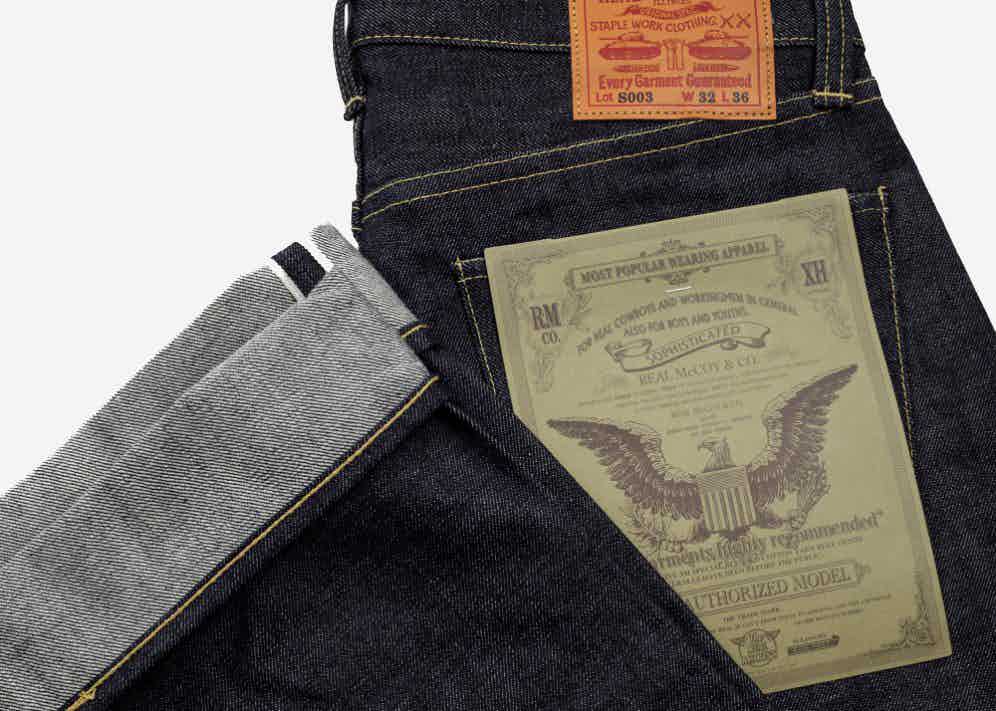 Denim is a fabric like no other. Since its genesis in the mid-19th Century, it has transcended all social, racial and generational barriers, suitable for any reason and any occasion (with some very small and particular exceptions). More specifically, raw selvedge denim is a sure investment, simply because it gets better and better with time, turning into a second skin that moulds to your body, a fabric finger print of your DNA, and material evidence of your very own existence.

The Japanese are specialists in the fabric and have been obsessed with American culture ever since World War II, when American GI’s marched through their streets in military uniform and engineers went to work on their vehicles in their appropriate western-esque work attire. Indeed, this obsession with Americana has reached such an extraordinary height that Japan is producing workwear which has even more longevity, drawing upon an acute attention to detail and quality of materials which surpasses its American counterparts. Does Japan do Americana better than the Americans? Quite possibly.

The Real McCoy’s is a brand that perhaps you are less in-the-know about. However, they deserve to be on your radar, simply because they are the ultimate high-end American workwear brand. All their products are custom made with the utmost care. Hitoshi Tsujimoto founded The Real McCoy’s, and to say he is obsessed by Americana would be a massive understatement. He refers to the invention of denim as “the biggest innovation in clothing history”, and has spent hours trolling through countless vintage stores across much of the US and Asia. Moreover, he has been collecting rare pieces of workwear ever since he was a young teen. His mission is simply to take workwear and military dress staples, and to make them better, the Japanese way.

In terms of denim, the brand is bifurcated into two lines, their sportswear line, Joe McCoy, and their military influenced denim. The latter of which these Lot.003 indigo Japanese selvedge jeans are from.

Based on an old military pair of denim jeans from World War II, they are laced with a golden yellow stitch. Made in 14.3oz denim, teetering over the mid-weight level, they are suitably robust, strengthened by copper rivets. On the back of the jeans there’s a deerskin patch; a nod to Levi's and a tongue-in-cheek reference to their tan yellow and red label, which has been cut in a similar shape to their iconic 1947 501. They’re a sure-fire investment, spiritually if not financially and will simply become more aesthetically pleasing wear by wear; an heirloom of quality, documenting your life in creases. 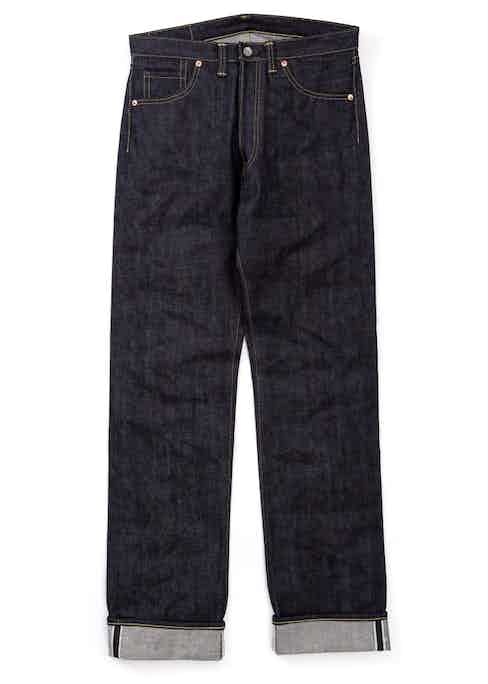 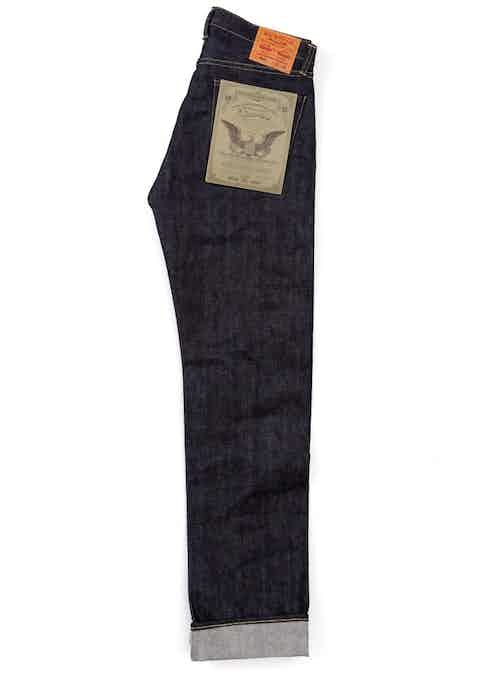