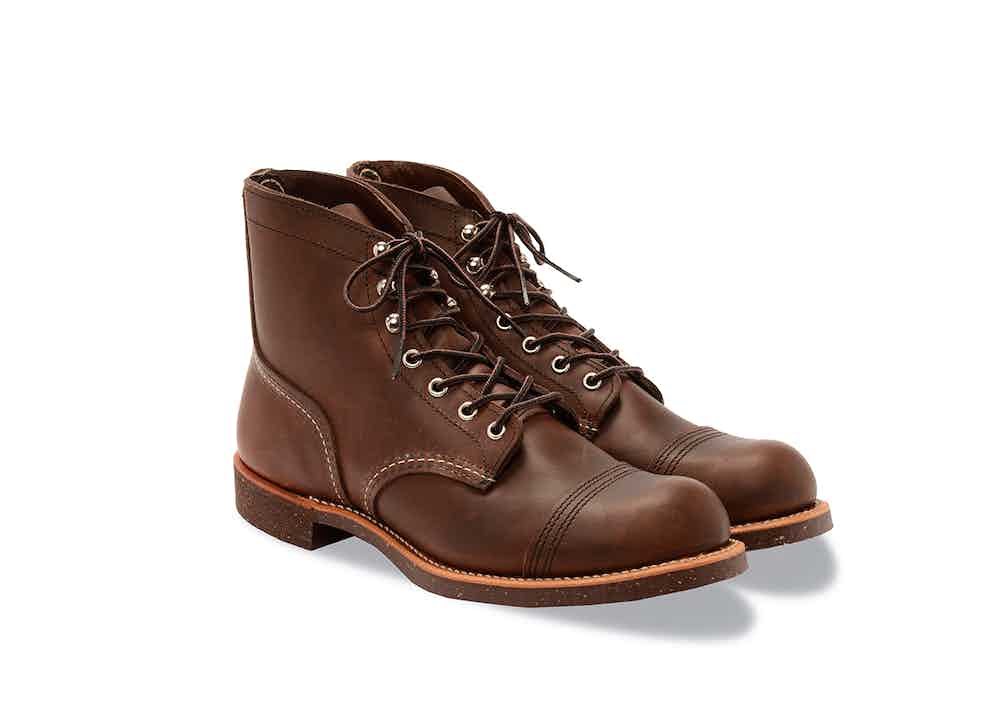 Similar to how Levi Strauss created an immensely successful operation supplying his denim jeans to gold miners in the late 19th century, Charles H. Beckman of Red Wing Shoes established an enviable reputation for quality, offering his hand-made boots to iron ore miners, farmers and manual workers at the turn of the century. Established in 1905, Red Wing was named after the Southwest Minnesota city in which it was founded, with the idea being that the firm would produce highly durable, long-lasting boots for those who work in particularly demanding environments. The boots were up to the challenge, not least because they were made from premium quality leathers and manufactured using time-worn handcrafting techniques. Of course, the same can be said of Red Wing boots today.

Red Wing are no longer only favoured by manual workers. The brand are constantly delving into their rich archive of designs, reproducing classically styled shoes and boots that embody the American working class spirit in which they were conceived. Of the brand’s impressive collection, the Iron Ranger is a highlight and has been for some time. The quintessential work boot, it was first intended for iron ore miners of the Mesabi range in Minnesota. Having changed little over time, the Iron Ranger 8111 today is made from Red Wing’s heavyweight Amber Harness leather, which as a quick Google search will reveal, will age beautifully over time. The toe cap has been layered twice for added protection and durability and the sole is made from nitrile cork. Made from a mixture of rubber and cork, these soles are known for their oil resistance and they generally don’t feature tread patterns, so nothing will get stuck to your shoes reducing grip in the process. Other noteworthy design elements include the large chrome eyelets and speed hooks at the ankle, which allow for a swift tying action. The 6’’ ankle of course provides support yet allows for a comfortable range of motion, whether you spend all day lifting or typing.

Whilst function is at the heart of the Iron Ranger boot, its design is beautiful and simple, allowing the quality of the construction to take centre stage. Like many pieces of clothing originally made for hard graft, the Iron Ranger’s design has endured and similar to the jeans they were once paired with in the mines of early 20th century America, they've ironically and successfully entered the realm of modern luxury today. And they look just as good with jeans, too.