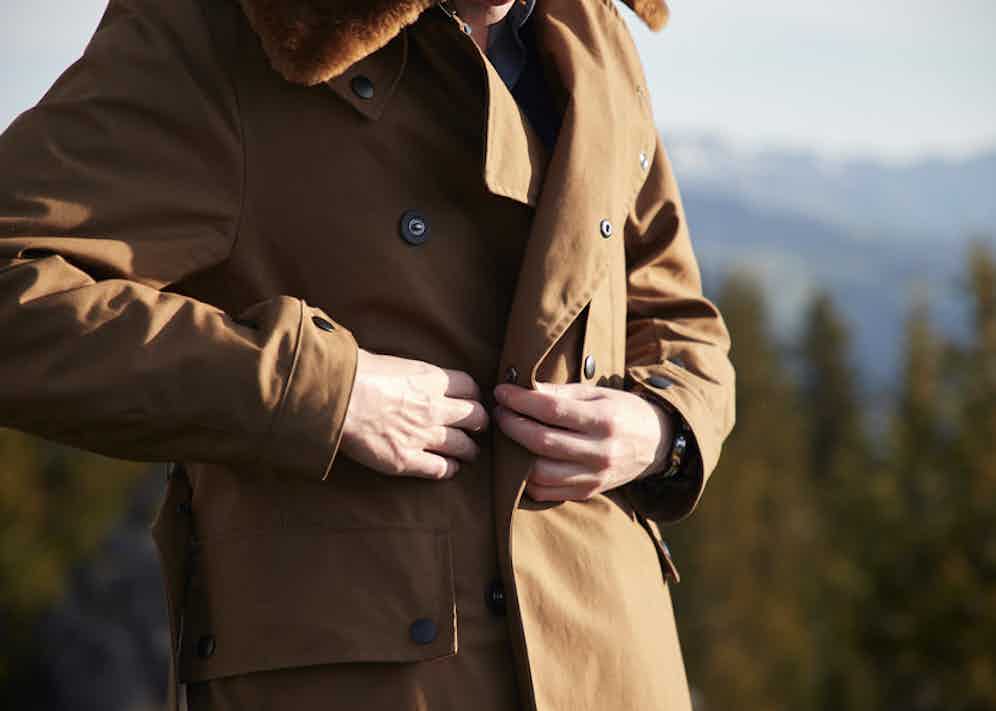 In a manner reminiscent of denim’s reinvention from sturdy Wild West workwear to gentlemen’s wardrobe staple, raincoats have gone through more than their fair share of aesthetic reinvention in the time that has passed since Glaswegian inventor Charles Macintosh first came up with a waterproof fabric by rubberising sheets of material, and from it created his eponymous garment in the early 19th century. From ‘anoraks’ derived from traditional Inuit designs to the stunning trenches pioneered by Burberry and Aquascutum via all manner of capes, ponchos and oilskin or waxed countrywear, the need to combat the elements from neck to knee has brought out the smarts in recent history’s sartorial innovators.

The now not-so-humble raincoat, though — a garment that should, in the modern era, lend your outdoor silhouette an imperious, gumshoe-chic bearing — reaches a new pinnacle with Grenfell’s Despatch Rider’s Coat. The garment is a nod to Sir Malcolm Campbell M.B.E., a diamond trader and part-time motorcycle racer who served in the British Army in world war one as a despatch rider, then went on to earn his ‘King of Speed’ moniker as a result of his death-defying world record attempts on land and water.

This model, exclusive to The Rake, comes with a tobacco waterproof dry wax cotton shell made from British Millerain, offering an elegant alternative to the ubiquitous black or tan found on the modern trenchcoats with which it shares much of its DNA. Another major draw is its versatility: the coat’s generous shoulders and double-breasted closure make it layering-friendly in a formal context, its fly front, two large map pockets on the hips and belted waist adding to its raffishly functional elegance. Pop-close windproof sleeves, storm flaps, detachable quilted lining, and brass military pocket snaps, designed for easy access when wearing gloves, make it perfect for easy riders who tear up the Tarmac east rather than west of the Atlantic’s notoriously discriminatory weather systems. The fur-lined collar that covers up to the ears and throat latch (also detachable) make it stand up to sub-zero temperatures, while the aforementioned pockets and suitability for different climes mean it’s also great for air travel.

It is a sartorial investment that will become your friend, protector and travel companion, one whose familiar pressure points on your body will fill you with confidence, and renew your vigour and swagger levels each time you take it out of the wardrobe. 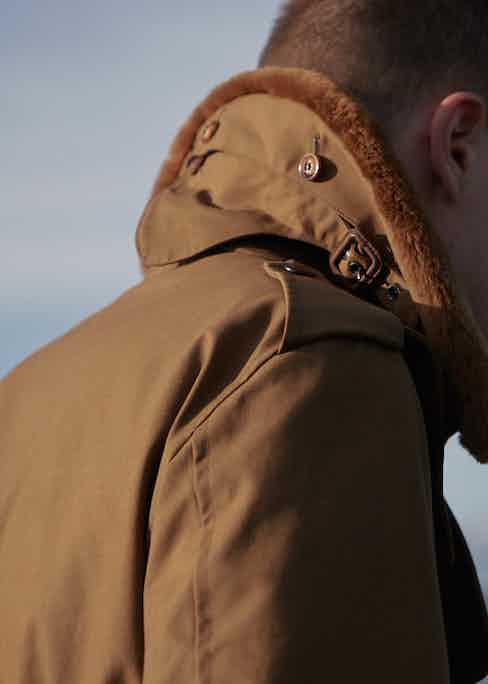 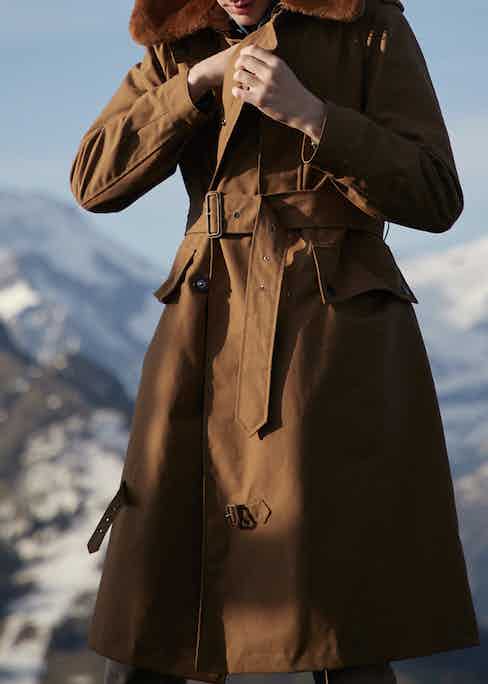 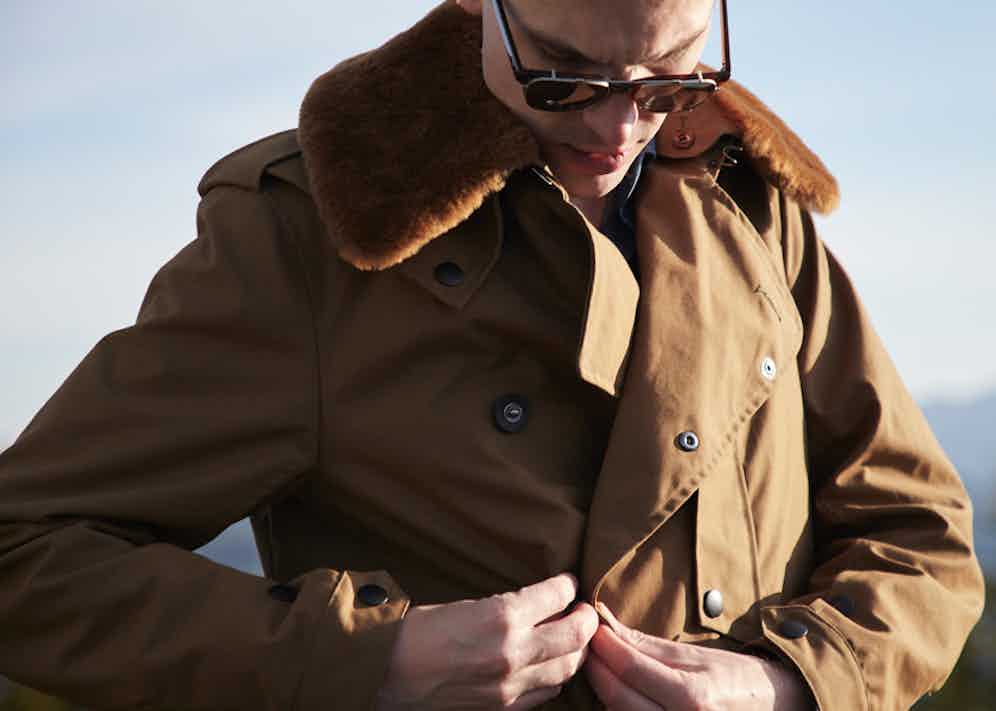