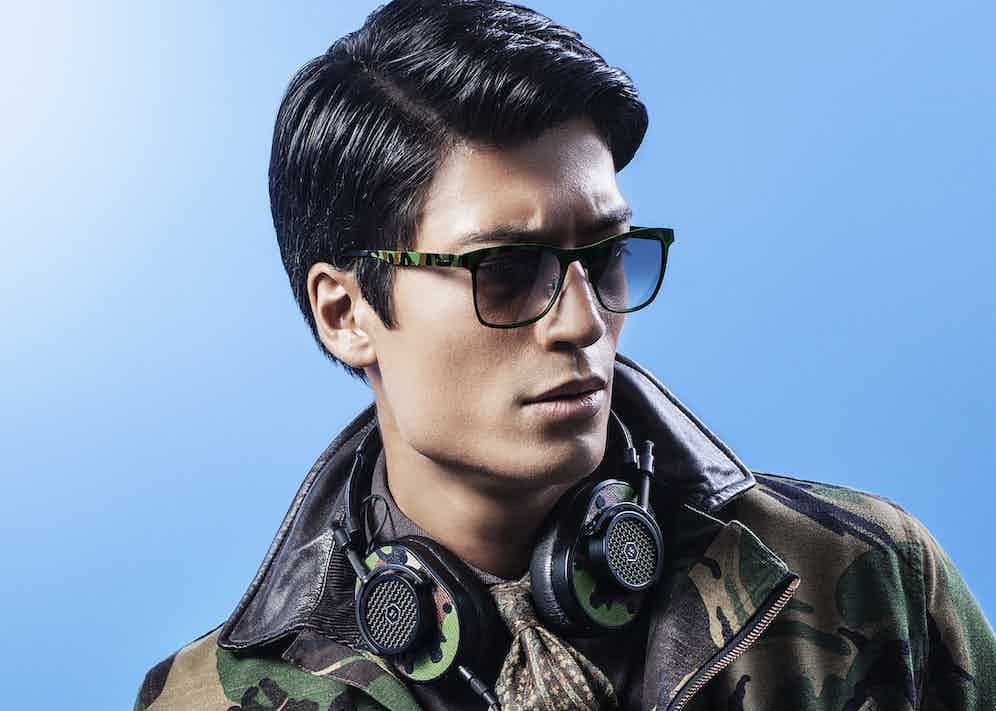 Incredibly enough it was the cubist and fauvist artists in the French Post-Impressionist era that helped create the modern camouflage pattern, as we know it. Their work particularly related the to fracturing and obliterating of traditional shapes and outlines was deeply influential to the French military in the development of early forms of camouflage. It is funny to imagine Georges Braque or Picasso being the spiritual grandfather of this pattern which has taken the great leap forward from a symbol of military aggression for most of the 20th century, to civil protest in the 70’s and 80’s in its ironic usurpation by the counter-culture scene, to its gentrification and emergence on the luxury landscape. No one individual has been a greater protagonist in elevating the status of camouflage from the banal to the beautiful than Italian style icon Lapo Elkann. Close to a decade ago, he had already painted his Ferrari 458 in camouflage and has been photographed amid the haute monde glitterati in perfectly tailored blazers in camouflage fabric. Says Lorenzo Cifonelli, co-owner of the iconic Parisian tailoring firm Cifonelli, who has embarked on a whole new vision for tailored camouflage clothing, “Wearing beautifully made camouflage clothes tells the world you are a connoisseur with a rebellious heart.” 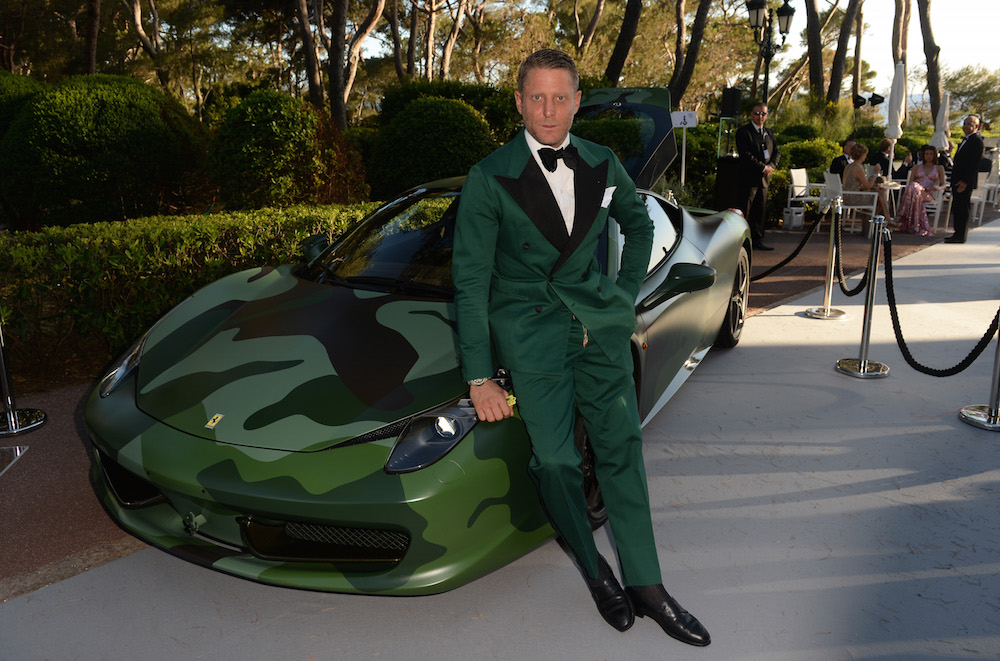 Today the numerous examples of camouflage as seen in street wear and emblazoned on the flanks of luxury products, demonstrates the motif’s massive popularity. Says Elkann, who has just created a series of Hublot Big Bang watches in three shades of camouflage texalium, “Today camouflage is a statement that a luxury brand is connected to the very zeitgeist of the modern world. That a brand possesses extraordinary craft, history and authenticity but also can inject tremendous youthful energy and some amount of street wear excitement into its identity. That it knows how to be cool.” Because thanks to Elkann and the other champions of camouflage ranging from Japanese street wear guru NIGO of Bathing Ape fame, and Valentino designers Maria Grazia Chiuri and Pier Paolo Picioli what’s clear is that camouflage has taken permanent occupancy in the lexicon of the sartorial and style culture. In the words of Brandon Flowers it allows us to all express that we have souls even if we aren’t soldiers.

The Rake is proud to showcase a range of camouflage products, that we hope you will find cheeky, disruptive, provocative and hopefully as heart-breakingly cool as we do. We worked with some of the world’s most extraordinary craft based brands to achieve these including the kings of cashmere Begg & Co. of Scotland, the fabled Italian shoemakers Santoni and perhaps the world’s most iconic maker of swimming trunks Vilebrequin. But the very first products to inaugurate this concept are these incredible hand-painted green camouflage Italia Independent sunglasses - yes every pair is slightly different - in our favourite ultra-light and incredibly comfortable metal-framed model 0024. 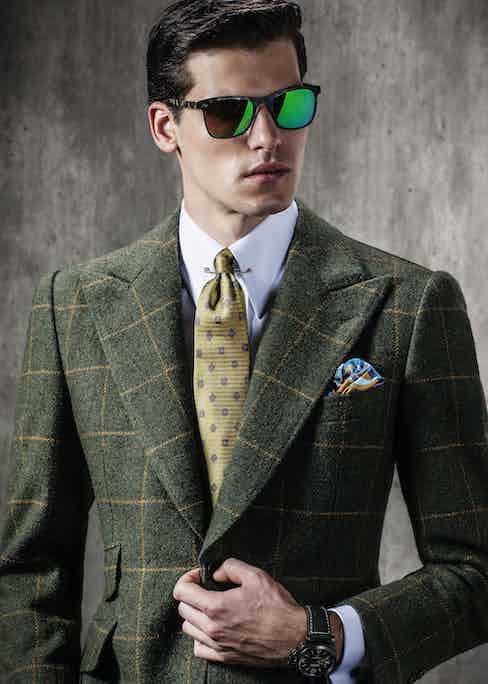 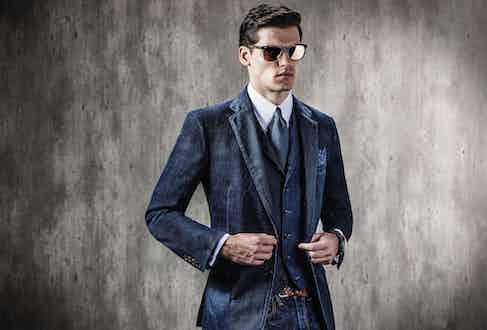 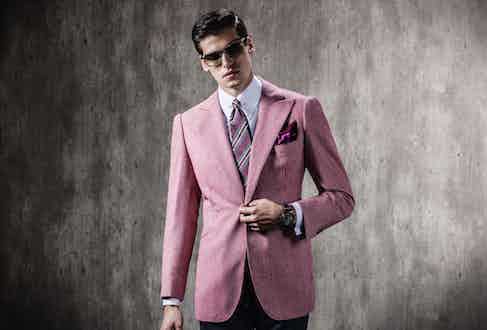 Says Lapo Elkann, “As soon as I heard that The Rake was going to start a e-commerce vision to create unique executions of objects with their favourite brands and artisans I knew Italia Independent had to be their first eyewear partner. I love the idea of doing a hand painted green camouflage model because this something we’ve never done and uses a theme that is one of the signatures of Italia Independent.” But finding the right pantone of green proved a challenge. Says Italia Independent’s Head of Global Licensing Marco Tolentino, “We went through so many shades of green. We made a full set of prototypes and then had to remake them all over again until we arrived at exactly the shade that Lapo thought was perfect."

Tolentino alludes in this to the fact that these amazing sunglasses are offered in not one but five different lenses choices. Gradient black, gradient green, brown, mirror gold and mirror green. Four of these have been selected by Rake team members and one of them by Elkann himself. Each lens option is made in just 10 pairs for a total of only 50 pairs of these sunglasses in existence. Says Elkann, “I am really pleased with the result, these glasses have such a strong presence on the face. They epitomise rebellious chic to me.” 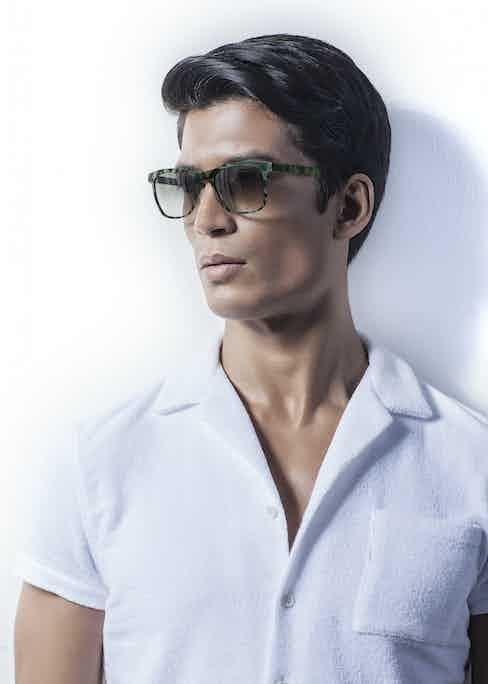 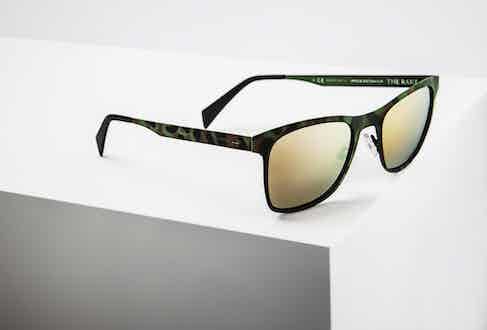 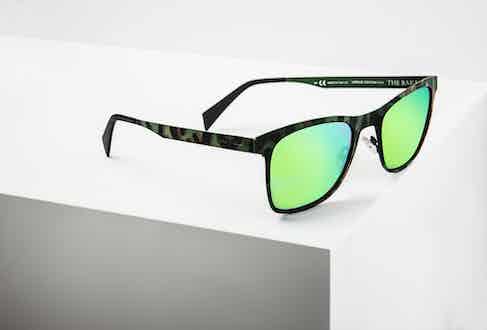 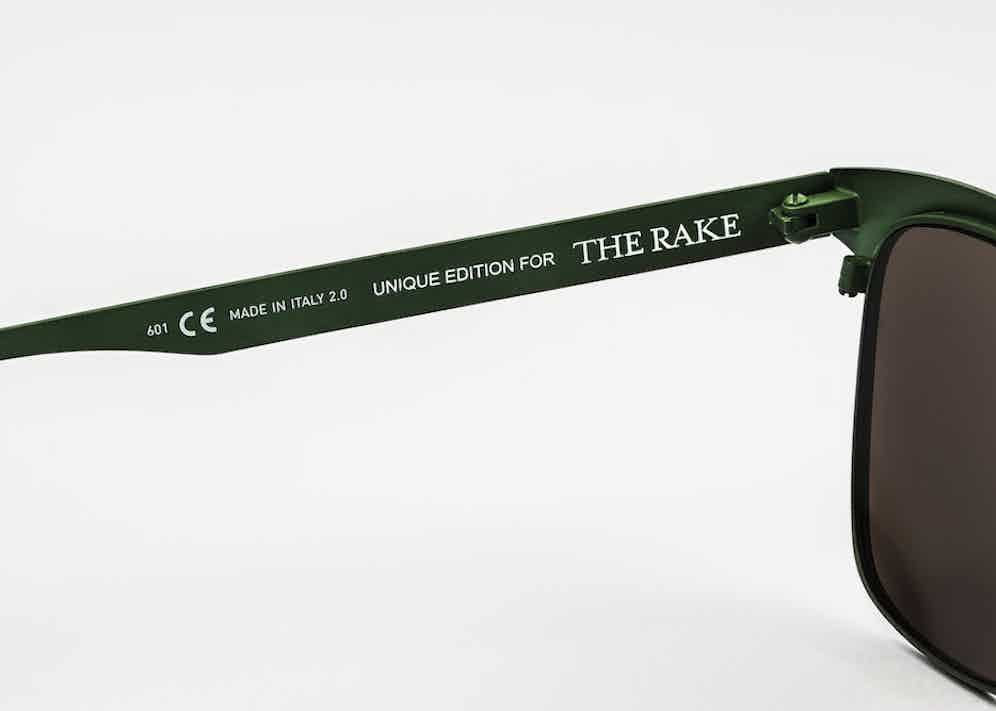 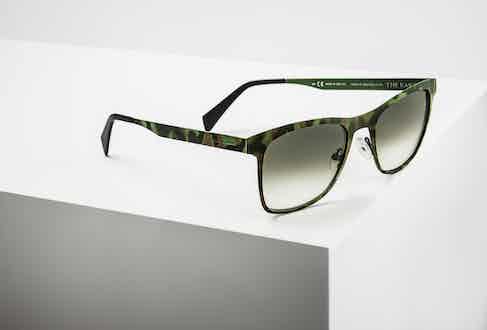 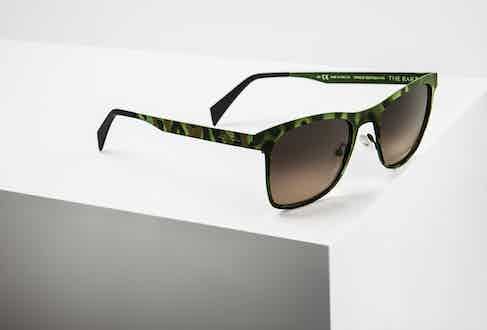