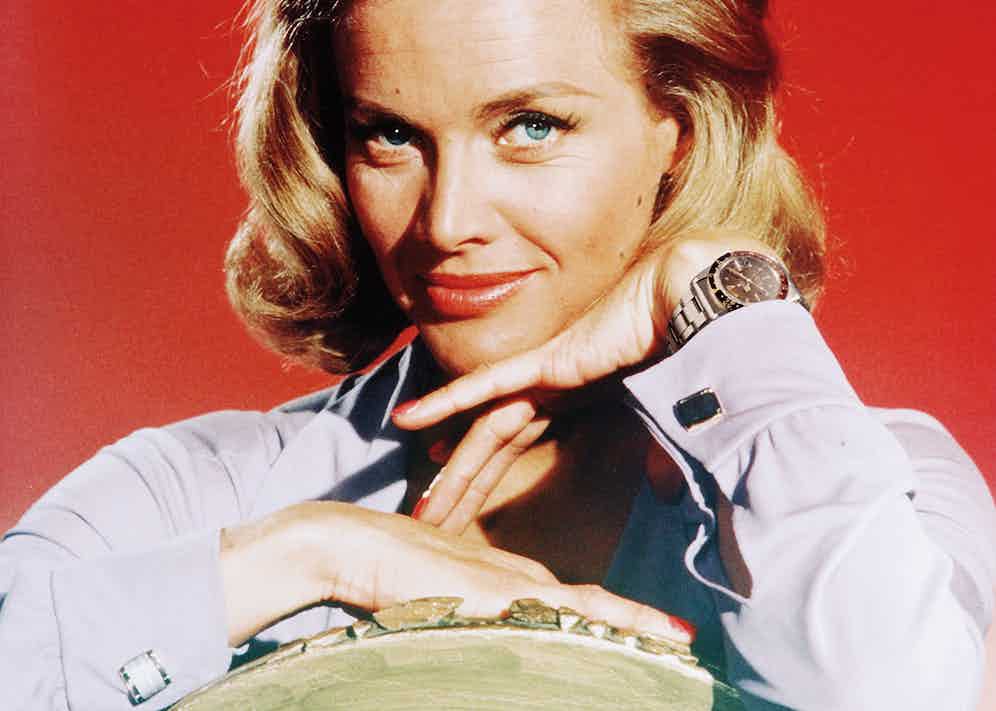 Then think of Goldfinger's Pussy Galore, the Bond girl in a class of her own. As portrayed by the pneumatic, deliciously naughty Honor Blackman - a very grown-up 39 at the time of filming - she's a tough, sophisticated woman where the rest are delicate, vulnerable girls. She also has a backstory that lifts that name from a double entendre so thin it barely qualifies as such into whole new realms of adult-only meaning and genuine resonance. And the key to it all is on her wrist.

We first meet Pussy after Bond (Sean Connery, of course) has been shot with a tranquiliser gun by the evil Auric Goldfinger (so called, as Shirley Bassey points out in the theme song, because 'he loves only gold'). Emerging from a full-screen blur, her face comes into focus gradually: first we see the frame of coiffed Swedish-blonde hair, followed by the structure of perfect cheekbones and straight, elegant nose. Then we see the gleam of mischief in her eyes and her beautiful lipsticked mouth curl, almost despite itself, into a smirk. Who is this? As if on cue, we see Bond's eyes widen and he asks just that. 'My name is Pussy Galore,' she purrs, drama-school English enunciation brought down an octave or two. 'I must be dreaming,' he replies.

In fact, he's on Goldfinger's private plane and she is the arch villain's personal pilot. And when he implies that this is some sort of euphemism ('just how personal is that?') he receives a curt 'I'm a damn good pilot - period.' And Pussy, as a proper pilot (and, indeed, the leader of her own all-female Flying Circus), wears a proper pilot's watch, namely the Rolex GMT-Master ref. 6542. Produced between 1954 and 1959, this model has since become known as the 'Pussy Galore', but was in fact a men's watch. This was possibly the first time a woman wore a watch of its kind in public, so it's a pretty bold style statement. It's also pretty damn sexy, a reinforcement of Pussy's girls-on-top sassiness. 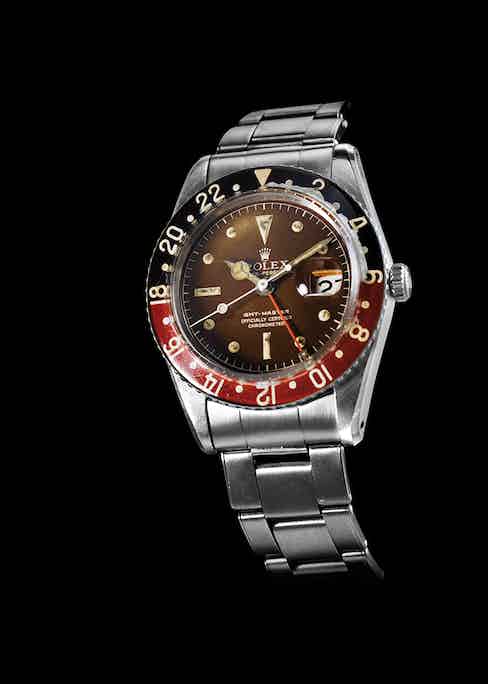 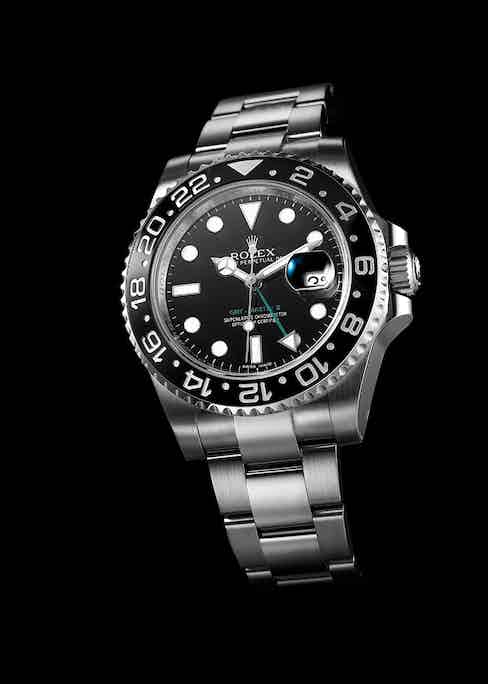 There's more, too. In the very male James Bond universe, that watch is a symbol of Pussy's substance and seriousness. Pussy is, to put it in terms even sweet old '60s chauvinist James might understand, not just a pretty face, nor is she the usual pushover. 'You can turn off the charm,' she tells him, 'I'm immune.' Back on the ground, Bond can't let it lie. 'What would it take for you to see things my way?' he asks. Her answer unveils another of her skills: judo. With a Bond-ish quip of 'You've asked for this,' she throws him to the ground.

Yes, James wins and gets his roll in the hay (literally - they're in a barn, for some reason), but then, this is his movie. Pussy is at least a match for him, an action girl of the kind Blackman had played on British TV's The Avengers. And her men's Rolex may signify more; though it's never explicitly stated in the film, Pussy's 'immunity' may be rather more than self-control. In the novel she's a crime boss, running an all-female gang of not pilots, but circus-trained cat burglars (The Abrocats), and a lesbian organisation called The Cement Mixers. Yes, that kind of immune. Fleming's Pussy isn't turned by Bond, and doesn't help him foil Goldfinger's plot. Whereas the film ends with the couple stranded on a desert island, moving into a clinch as the credits roll, the novel leaves them as the sole survivors of an air crash, but with Pussy headed for jail, and Bond not about to pass 'Go'.

Pussy was based on Blanche Blackwell, a lover of Fleming's who had married a member of the Crosse & Blackwell foods family and lived near Goldeneye, his home in Jamaica. She may have inspired Honey Ryder too, and gave Fleming a boat she had christened Octopussy. She was also the mother of Chris Blackwell, the founder of Island Records who signed Bob Marley and was responsible for focusing the world's attention on an aspect of Jamaica diametrically opposed to Fleming's life of cocktails on the veranda and colonial-hangover luxury.

Pussy's sexuality came from Fleming's imagination, but Blanche was more than capable of dealing with him, and by extension Bond. By the time she reached the screen, she may have been scaled down from fetish figure to glamour puss, but she was still miles away from the Bond-girl bimbos that followed. However lovely they were, you couldn't see them carrying off that Rolex.