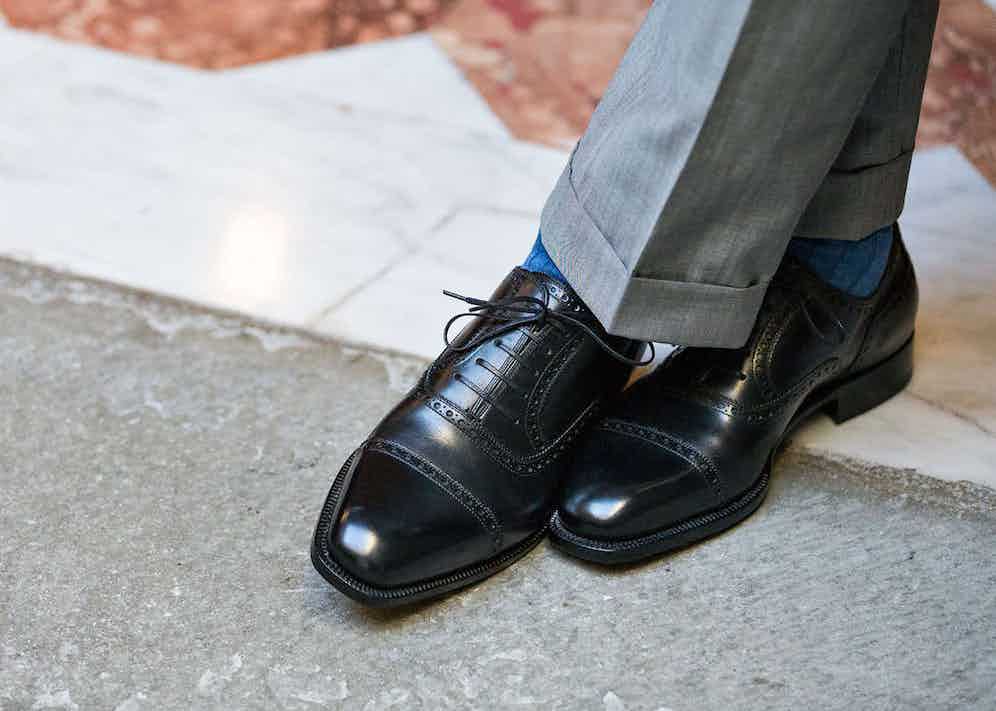 The debate about which style of shoe is the most fundamental, the most essential, the most unimpeachable, is one seemingly doomed to play out eternally, Ouroboros-like. It’s also a debate that misses the entire point - and indeed the joy - of footwear. There are many different and wonderfulstyles of shoe- each worthy and timeless in their own right, and each with their own time and place. However, if you forced my hand and told me to I had to pick just one for every occasion for all time, it would probably be the Oxford.

The Oxford - elegant, unassuming, stalwart. Characterised by its closed vamping - that is, eyelet tabs attached underneath the vamp - it offers a sleek and elegant silhouette, most commonly completed with a capped toe. It is a clean, classic shoe, offering a great canvas for leather to shine, with the construction adding soft touches of delineation. Tradition holds that its formality sits above that of a monk strap or a derby shoe, and this is mostly true, though obviously the leather plays a key factor. A cinnamon suede pair, for instance, would still be comfortably worn with weekend separates where a high-shine monk strap would not. 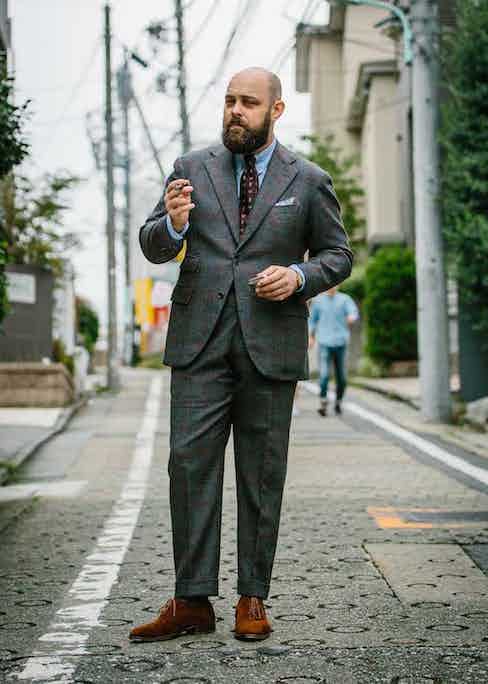 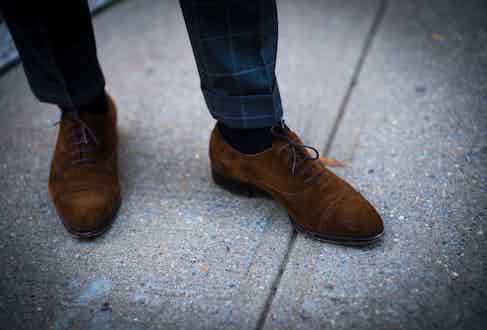 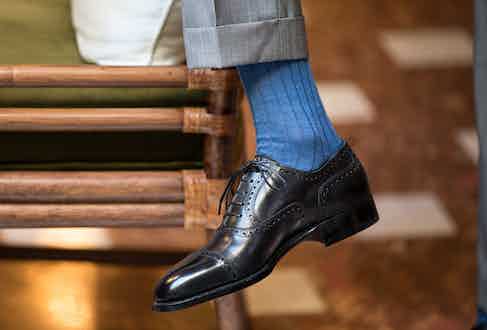 As with many traditional items of dress there is no clear story of the Oxford’s origin and no shortage of apocryphal stories. What is clear is that it’s a descendent of the heeled boots worn in both the French and British courts during the 17th and 18th centuries. As early as 1830, there are reports of Oxford University students sporting a ‘half-boot’ variation on this style that lost much of the original’s height called the Oxonian Shoe. The Oxonian was prized for its comfort, and whilst there is no clear record of when (or where), over time the closed vamp lacing system was added, the heel lowered and the boot height whittled down to it’s current form.

There is also the matter of the Balmoral - the Scottish name for the captoe, which takes its name from Balmoral Castle. Balmorals, or ‘Bals’ as they are sometimes called, are for all intents and purposes the same shoe as the Oxford, and there is no small amount of debate as to whether they predated the Oxonian or were simply a regional variant. Nonetheless, by the late 1800s the name for what we now call an Oxford was in circulation in London, and thus here we arrive.

For those looking to add an Oxford to your collection,The Rakemeets you with a triumphant ‘yes’. Abrown Oxfordshould be considered a foundational item - perfect for pairing with navy, flannel grey and charcoal, appropriate for the office and the weekend. However, the Oxford should really be a shoe for tailored trousers only. Its uncluttered shape sings when paired with tailoring, but looks ill at odds when matched with, say, denim, or even a more relaxed chino. Ablack Oxfordmakes a perfect companion to traditional suiting and can be applied to black tie dressing as well, should your glaçage skills be up to snuff. It’s a shoe that can do so much. It's not going to turn heads at first blush, but that understatement is also its greatest strength. Invest in a good Oxford - the initiated will know. 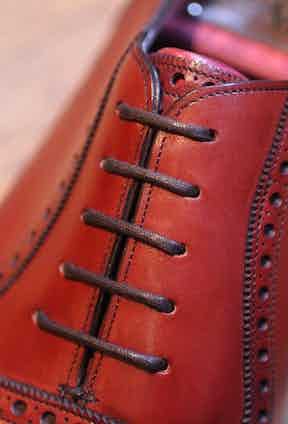 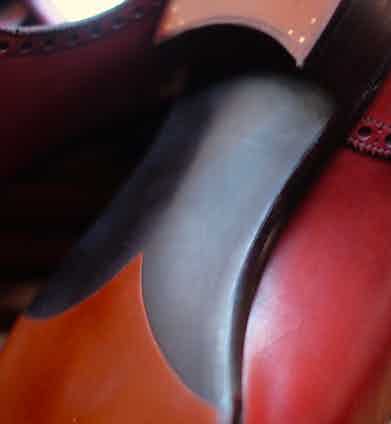 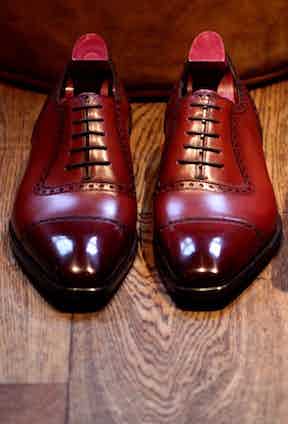 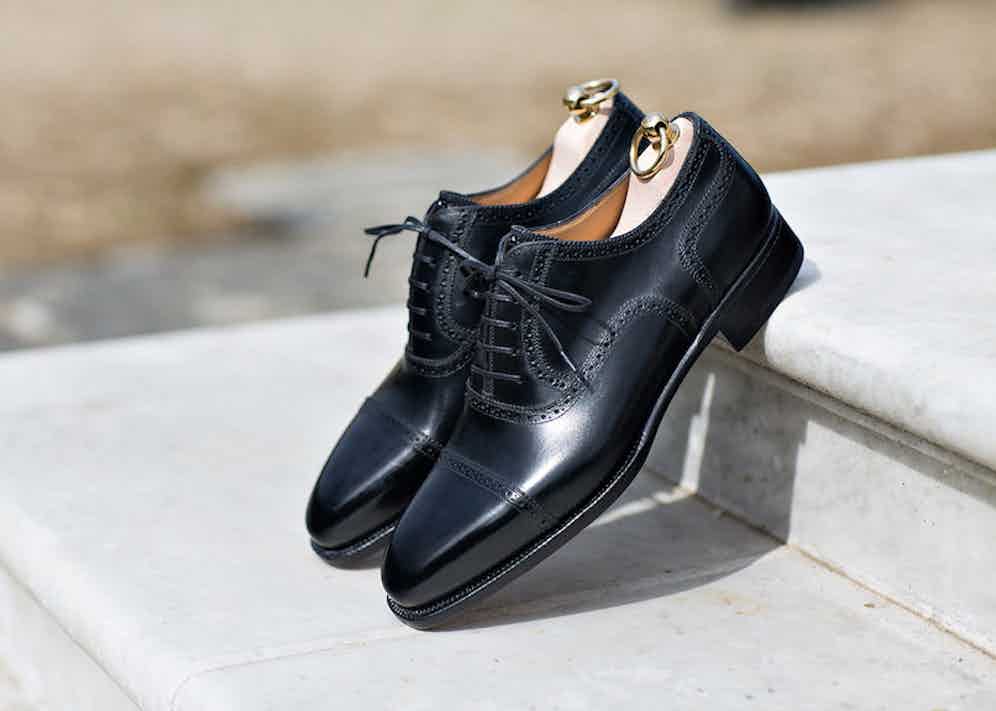