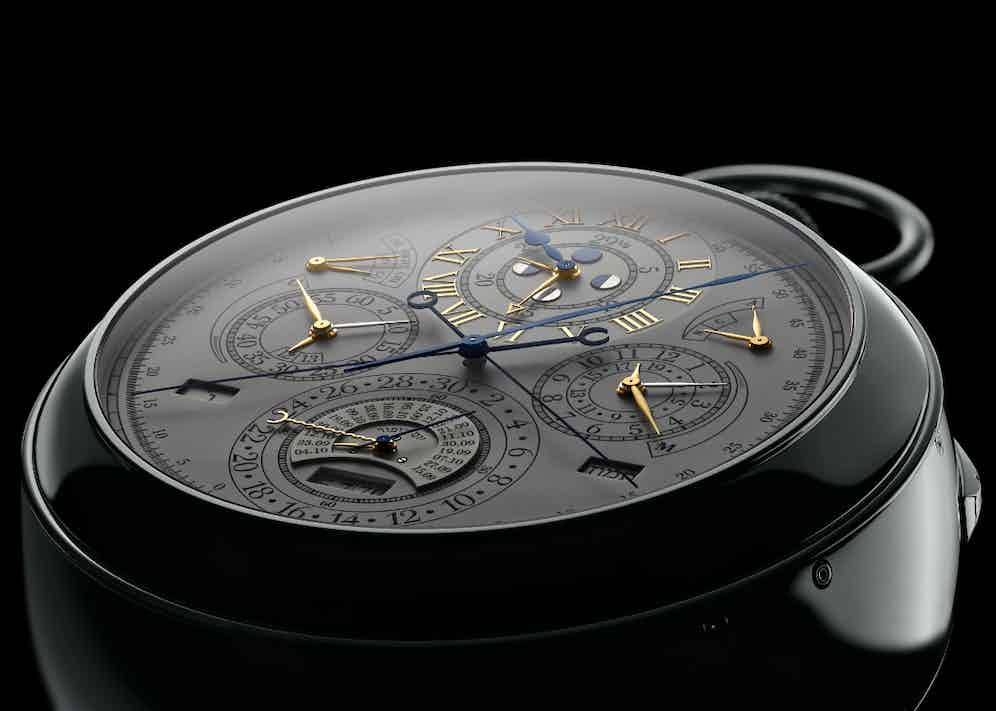 Like most industries, the world of fine watches is constantly looking to improve itself, changing and evolving on a seemingly continual basis. The process is a steady one, and unlike fashion there are no seasons as such, but new watch releases crop up throughout the year, giving horological enthusiasts plenty of opportunity to salivate. The last few months have been no different, with some of the most prestigious names knocking up some truly landmark timepieces, which have nudged at the usually merciless boundaries of watchmaking. These four caught our attention most.

The Lamborghini Countach was a seminal automobile. With it's radical styling, dramatic engine note and outstanding performance, it broke the mould, resulting in many hailing it the first true supercar. Two years after the release of the Countach, a strikingly similar notion occurred in watchmaking. In 1972, Audemars Piguet released the Royal Oak, a timepiece deemed to be the first ever sports watch, complete with a complex integrated stainless steel bracelet and (at the time) an oversized 39mm case. The Royal Oak has since seen numerous developments including, for its 20th anniversary, a line of (actually) oversized Offshore models, which have proven especially popular. For the second half of 2015, AP have once again adjusted the goalposts with the unveiling of the new Royal Oak Perpetual Calendar.

Despite the recent return to smaller case sizes, reminiscent of gentleman's timepieces of the mid-20th century, Audemars Piguet has decided to upscale their latest model to 41mm. The all-new automatic caliber 5134 movement is still impressively thin though, resulting in a slender case and a well-balanced overall design. Being that it is a perpetual calendar, the watch's brain automatically adjusts the date according to each month's fluctuating length. AP have been producing perpetual calendars for over a century, and the complication is embedded in the DNA of the Royal Oak itself with the first one being introduced to that family in 1978. It seems fitting then that they would continue the tradition with a brand new model for 2015.

Chronograph watches are hardly few and far between. Indeed, the chronograph is one of the most popular complications not least because of its timing abilities, but also because it adds a sophisticated yet sporty element to one's choice of wristwear. IWC are purveyors of some particularly rakish chronographs, and their latest is more than worthy of a mention. For one, it features a first for the brand; a single push-button chronograph, or 'monopusher', which differs from regular chronographs in that it features only a single button for timing purposes, as opposed to the twin pushers usually found at two and four o'clock. IWC has seamlessly integrated this rare method into their typically elegant Portofino case design by embedding the monopusher into the crown, causing it to protrude slightly farther than usual. Being that the watch is powered by a hand-wound movement, IWC has handily introduced a power reserve indicator too, visible at eight o'clock, allowing the user to keep track of exactly how much juice is left in the tank. The Santoni made alligator leather strap finishes the watch off beautifully, ensuring it's more than a welcome newcomer to the already stellar Portofino family.

The new Vacheron Constantin 57260 is special. It's won the title of 'the most complicated watch in the world', ensuring Vacheron takes first place in the never ending horological rat race. It boasts a total of 57 complications, over 2,800 individual parts and 10 patents, the likes of which allude to the several all-new complications that were created entirely from scratch. Whilst this watch deserves an in-depth essay on its inner workings, some of its premier features include a double retrograde rattrapante chronograph - a first of its kind - twin perpetual calendars (one Gregorian, one Hebraic) and numerous chiming options. The 57260 has been constructed from solid 18-carat white gold, with the dials of both sides made from solid silver. Only three master craftsmen have lent their handiwork to this unique piece, which has been in the works for eight years. It would be almost offensive to label the 57260 as simply just a 'watch', instead, it's more of an exquisite exercise in what the human hand is capable of. 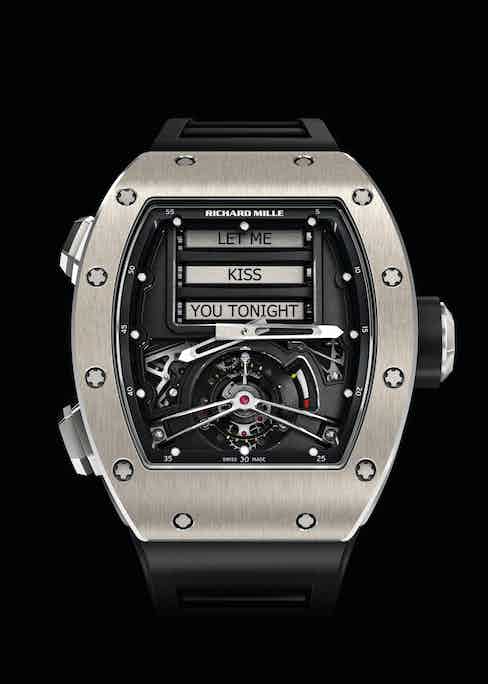 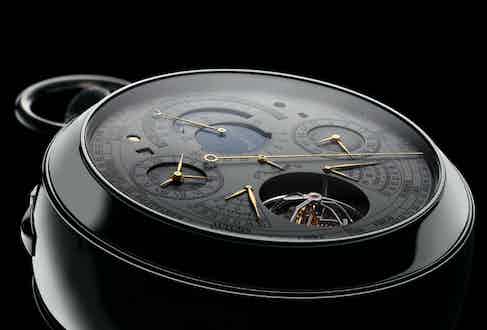 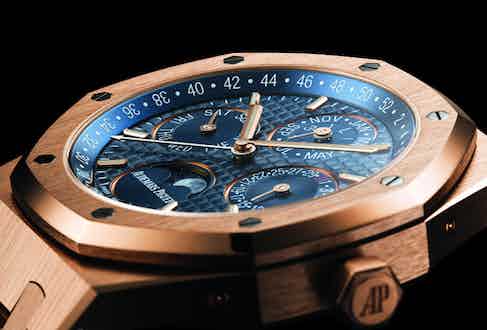 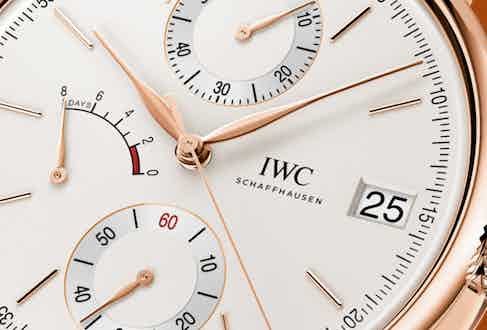 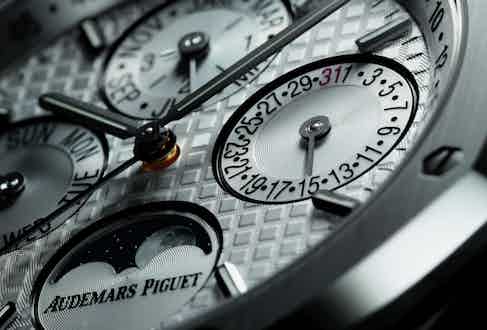