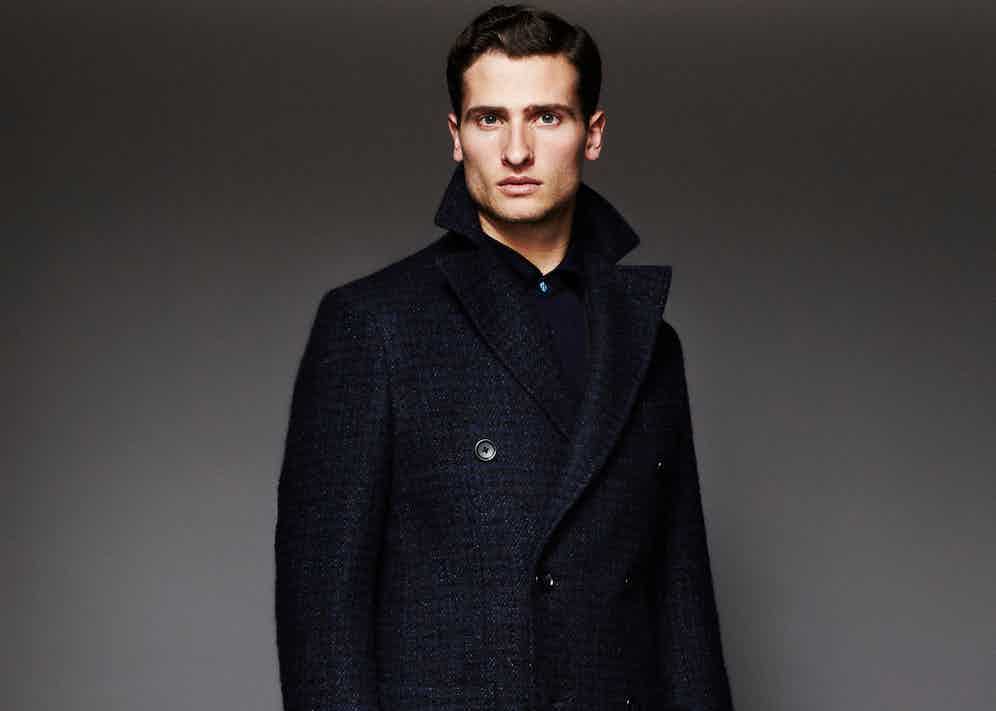 Gentlemen's outerwear was, quite naturally, born out of a necessity to stay warm and dry, protecting the wearer's clothes beneath folds of heavy, dense fabric. Whilst this was all well and good, overcoats were just that; heavy. This was largely due to their length - traditionally, they'd finish between the knee and ankle - and the relatively limited choice of cloth, the likes of which typically weighed north of thirty ounces per yard. Nowadays, advancements in fabric technology have resulted in far lighter weight options, which provide a still commendable amount of warmth. Men have changed too though, with comfort playing an all too important role in modern day wardrobes. The modern man will no longer put up with sacrificing comfort to look good. There's a strong argument that it's no longer necessary to don a heavy wool overcoat, not least because of the fact they're inherently cumbersome. The Rake's esteemed founder Wei Koh put it perfectly: 'With the abundance of climate-controlled environments, the idea of super-heavy winter clothing is largely anachronistic and, frankly, needlessly exhausting.'

Many designers have recognised this, introducing coats cut in familiar single or double breasted styles reminiscent of the mid-century, but finished with little to no structure and made from lightweight, breathable fabrics that allow one to move at ease. Traditional overcoats, particularly of the Chesterfield or Guards Coat variety are defined by their strong padded shoulder, but for AW15 the likes of Berluti and Thom Sweeney have gone the unstructured route. The foundations of these coats are rooted in tradition, yet being unlined and with a natural shoulder they play with the predetermined 'rules' of traditional gentlemen's outerwear of the past century or so. They are also undeniably comfortable, and far from feeling restricted as one would previously, donning an unstructured overcoat lends a feeling of ultimate freedom.

Berluti are a brand that embody a laid back yet tailored aesthetic, offering louche separates and luxury leather blousons alongside their famous patinated shoes. Having been under the creative direction of Alessandro Sartori since 2011, Berluti have gone from strength to strength and their current collection is particularly well rounded. Their unstructured outerwear is an undoubted highlight for AW15 though, with our favourite being a double breasted top coat finished in a blue and black wool and mohair blend. Details include a two-by-two button closure, slanted side pockets and generous, rounded notch lapels which double up as a handy wind blocker when flipped up.

It's widely believed that the Italians are masters of 'soft' tailoring. This may be true, but Mayfair stalwarts Thom Sweeney give them more than a run for their money. Bespoke may be their bread and butter, but the brand's ready-to-wear collections never fail to impress, perfectly encapsulating all that they're about. That is; quality construction, use of rousing materials and, of course, an unstructured silhouette. Thom Sweeney's 'Maddox' coat is perhaps the perfect example of this laid back take on formalwear. It's essentially a contemporary take on the traditional paletot, featuring a six-button double breasted front, but with a shortened hem, notch lapels as opposed to peak, and large patch pockets. The latter are a particularly casual detail, allowing the coat to be effortlessly dressed down. When finished in a dashing Italian-woven grey herringbone wool, it's an exciting proposition indeed.

Speaking of Italians, Mr Brunello Cucinelli is one of the world leaders in luxury, specialising in some of the finest ready-to-wear garments in the world, hand-made in his Solomeo work rooms. Of course, his outerwear is of an exceptional standard, which is reflected in his price points, some of which run well in to the thousands. Opting for a single breasted cut, Brunello Cucinelli's Solomeo coat is a stunning example of what the brand are capable of; the soft shoulders, hand-rolled notch lapels, fitted waist and cashmere/silk-blend fabric combine to create an elegant coat, and one that somehow blends the boundaries of formal and casual.

Traditional overcoats will never truly die. Rather, their unstructured siblings are a louche alternative for days when style is important but comfort takes precedence.