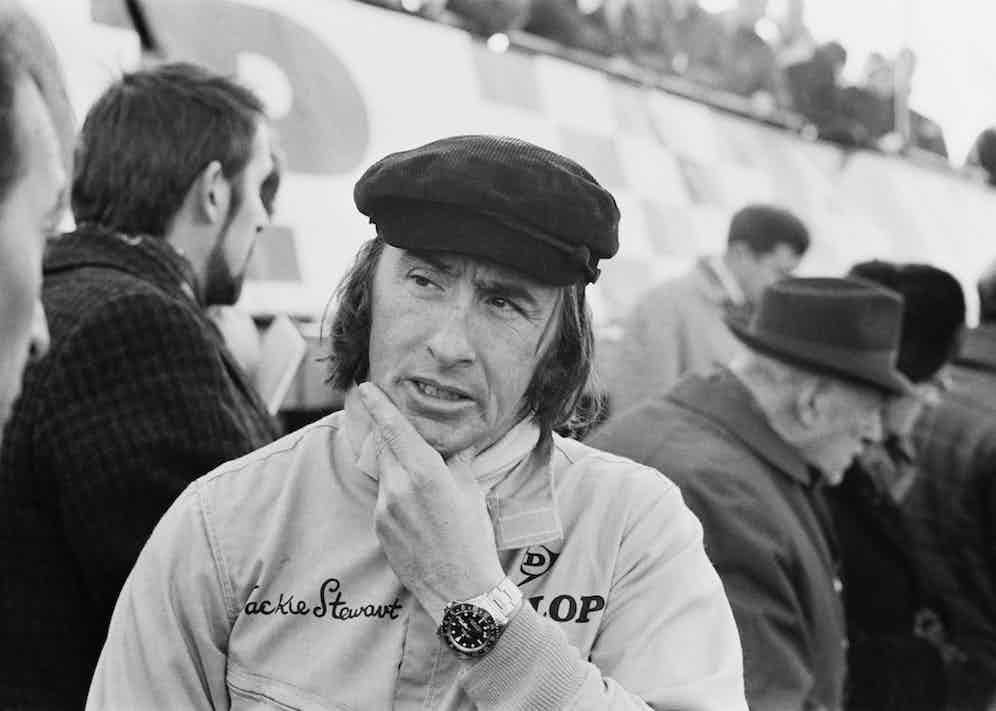 Sir Jackie Stewart’s love affair with Rolex stems from the early 1960’s. Without hesitation, he circumnavigates the obvious topic of motorsport and opens with,“the first Rolex I ever saw was a gold Day-Date.” The confident answer comes as no surprise. A race between Rolex and Formula One would make for a tight contest for the winners’podium in Sir Jackie’s heart. Nicknamed ‘The Flying Scot’, he is approaching his golden anniversary with Rolex, which as far as brand ambassador tales go, is a phenomenal achievement. He grew up just outside of Glasgow, immersed into a four-wheel obsessed family. His father was a car dealer and his brother too was a racing driver, so it’s not surprising that he went on to win three Formula One Championships (1969, 1971 and 1973) - he is arguably the greatest British racing driver ever. Gone are the days when the sport was a highly dangerous bare-knuckle ride, rife with tragic crashes and untimely deaths…you can thank Sir Jackie for that progress.

His career as a racing driver was short, yet he won practically everything he raced in; the aforementioned three Championships, 27 races (including the Monaco Grand Prix three times) which is undeniably the most challenging race on the circuit. He turned professional in 1965 and then stepped way from the wheel in 1973 to take a more senior role behind the scenes. His intention was to install and improve safety measures into the sport, and to call such changes necessary would be an catastrophic understatement. Between 1960-1980 there were 27 deaths in Formula One, this drastically dropped to six deaths between 1980-2000 and then four deaths since 2000. The catalyst for that change was undeniably Sir Jackie’s unfaltering efforts to introduce vital safety measures into the sport, such as better safety barriers, qualified and well equipped emergency teams on hand and the mandatory use of seat belt and full-face helmets. He has been quoted to say “If I have any legacy to leave the sport I hope it will be seen to be an area of safety, because when I arrived in Grand Prix, racing so-called precautions and safety measures were diabolical.”Tied to that legacy is Rolex.

He tells me that he admires Rolex in particular thanks to the brand’s “sophistication, style and its finesse.”I ask him why did he move to Rolex in the first place, to which he replies, “I saw an advert in the International Herald Tribune, there was a photograph of the United Nations building in New York and the only words were ‘If you were speaking here today, you would be wearing a Rolex.’That impressed me - it was just a great statement of quality and style.” Cultural history tells us that there’s an inbuilt psychological longing engrained in us all; that we as humans aspire to obtain items that represent the elite in their respective field. So the Rolex on Sir Jackie’s wrist became a constant theme in his life, neatly in place beneath his tapered left sleeve. Clearly, it was a no-brainer for him, in 1968 he officially became a brand ambassador for Rolex, along with golfing great Arnold Palmer, and king of the slopes Jean-Claude Killy.

"Formula One technology is constantly changing in a very sophisticated, but practical fashion. It is the most advanced form of technology in the world of motorsport."

“Rolex’s history, attention to detail, and the sophistication of its technology makes a robust statement and yet has faultless style,”says Sir Jackie when asked what makes Rolex stand head-and-shoulders above its competitors. Since 2013, Rolex has been the sport’smain sponsor. This is in some small part due to Sir Jackie surpassing his brand ambassadorial role to court Sir Bernie Ecclestone, Chief Executive of the Formula One Group, into agreeing to take Rolex on board as the sport’s main sponsor. A wise move, as the brand’s iconic emblem of the five-pointed crown is now positioned all over the track, thus entering the subconscious of an astonishing 500 million viewers (roughly) per race, a deserved audience.

As we finish up our conversation, we move onto a more technical and engineering-centered concern. What are Sir Jackie’s thoughts on the design parallels between Rolex and Formula One? Both, of course, are exceptionally well-made pieces of engineering, requiring the most accurate calculations and measurements. “Formula One technology is constantly changing in a very sophisticated, but practical fashion. It is the most advanced form of technology in the world of motorsport. It has to be reliable to the finest extent, to be friendly to the driver with continuing improved performance in the finest form of engineering, which I feel makes the association between Rolex and Formula One a very comfortable fit.”

For almost 50 years now, Rolex has played a major role in Sir Jackie’s life. As an advocate for the brand, he’s a shining example of what the moniker ‘ambassador’should entail. There aren't many, if any, personalities out there who have achieved so much in their respective field, in this case both on and off the racetrack. All the while, his compatriot on his left wrist keeps him not only on time, but also acts as a timely reminder of the characteristic traits that Rolex embodies and that he reflects; sophistication, style, performance and long lasting legacy. 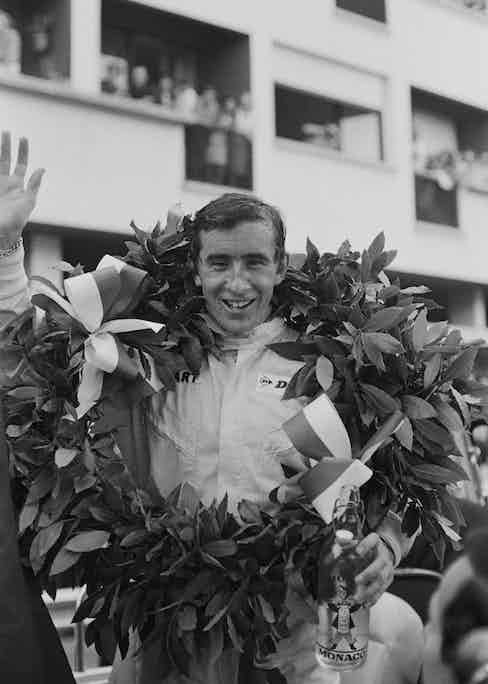 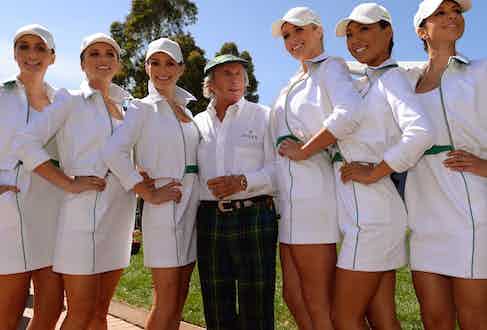 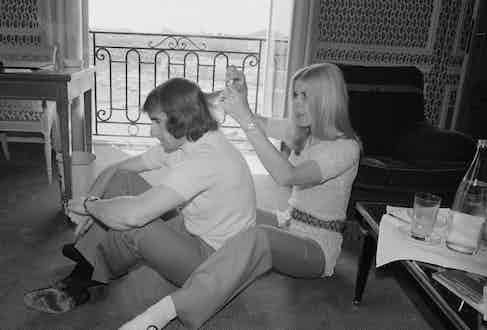 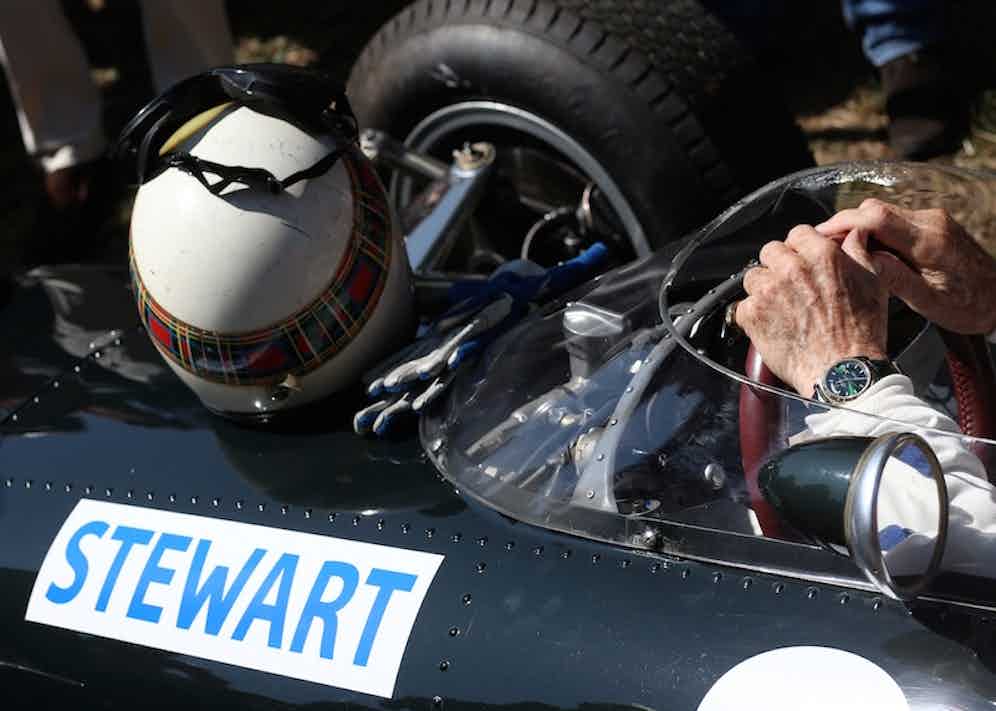 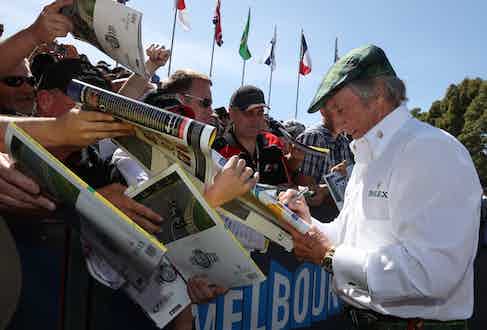 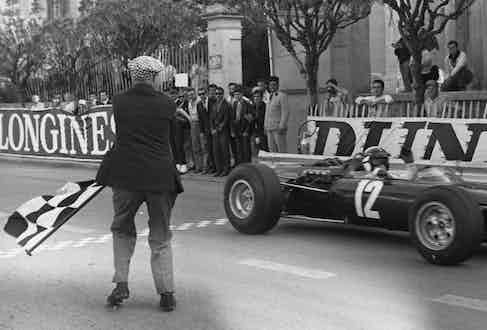