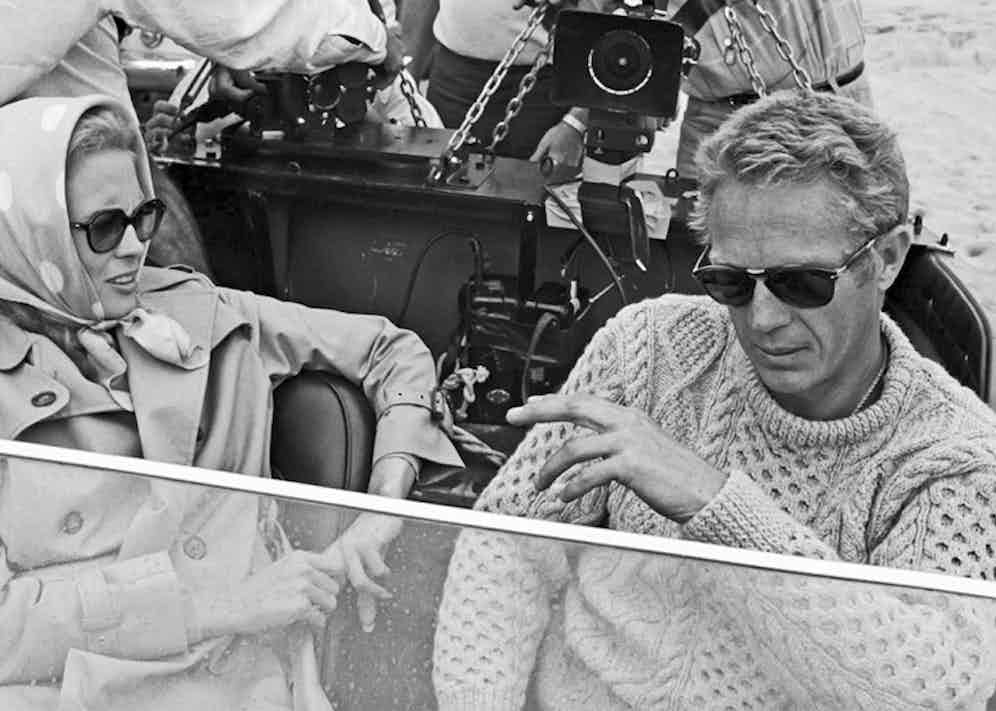 The ever-changing, treacherous landscape of style trends mean that few garments successfully retain a steady presence on the scene. One anomaly, however, is the dependable cable knit jumper. Boasting a rich, albeit elusive, history in 19thcentury Celtic and Gaelic fishing communities, the cable design has since featured in varying forms in multiple materials, yet has remained timeless nonetheless. Taking rise from the everyday fisherman’s sweater, you would be pushed to find a modern brand that has not attempted to leave their sartorial mark on the humble stitch.

Legend has it that the design dates back to the ‘Aran sweater’ of the 1800s, with different Celtic clans having a unique cable pattern. This, in turn, was said to provide a way of identifying the bodies of fishermen who drowned at sea. Although romantic, this is now recognised as a mere tall tale. The sweater was most likely crafted by a group of Aran women predominantly for export purposes in the early 1900s, and has since become associated with Irish culture. In fact, the cable design appears just as much in the Gansey jumper worn by fishermen on the east cost of England in the Victorian era.

Traditionally knitted from worsted yarn, the dense sweater could withstand the turbulent weather of the open ocean, while a tightly knitted stand-up collar and cuffs kept out gale force winds. The cuffs were usually finished short of the wrist to avoid getting caught on fishing equipment and from becoming drenched in sea water as they worked, making this a garment dedicated to practicality. As with the Aran sweater, the cable pattern was painstakingly hand-stitched and was thought to represent the fisherman’s rope and tools, as well as adding a decorative element.

Although the Aran and Gansey sweaters were both originally crafted for spirited seafarers, once demand for fashionable knitwear rose in the 1920s, mass production meant the motifs became less complex. This enabled the cable stitch to become a garment in its own right, leading to the simpler versions we see today. 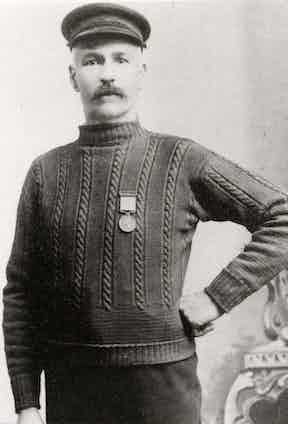 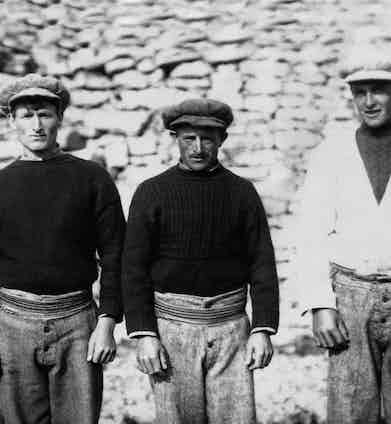 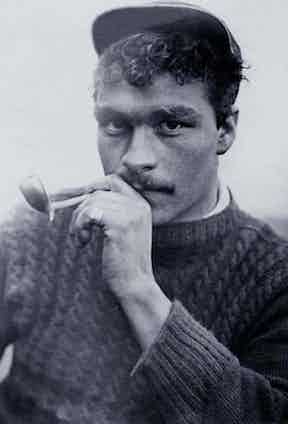 Although Elvis undoubtedly gave the knit a rock ‘n’ roll edge inJailhouse Rock(1957), the design saw its largest resurgence in the 1960s, fuelled by Irish folk singers The Clancy Brothers. Later in the ’60s, John Lennon gave the sweater an artistic and bohemian edge while on holiday in the Scottish Highlands, which provided a perfect backdrop and a nostalgic nod to its Gaelic heritage.

The design’s defining role in film came a few years later in 1968, when Steve McQueen wore a vintage Aran sweater inThe Thomas Crown Affair,featuring the traditional rope weave running throughout the body. Ryan O’Neal’s interpretation inLove Story(1970) as the upper class American jock was preppy but romantic, and it was, perhaps, at this point that the knit began the transition from a utilitarian, casual garment defined by practicality to a more luxurious piece.

The cable found further reassurance for its wearability with female icons. Marilyn Monroe’s character, the illustrious siren inLet’s Make Love(1960), gave the stitch an enduring sensuality as the oversized knit moulded to her voluptuous curves. With more subtle sophistication, Jean Seberg added an endearing charm to the pattern, wearing an oversized turtleneck version in the French filmBreathless(1960). 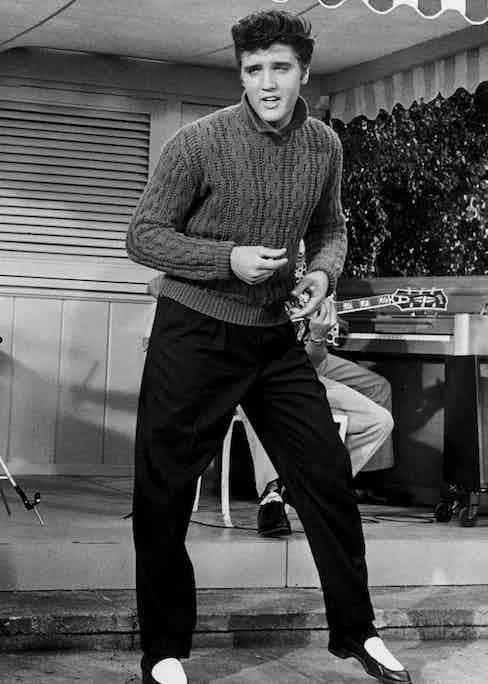 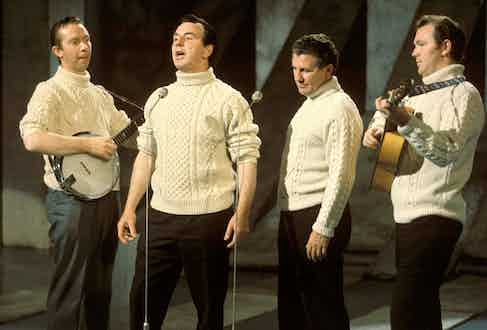 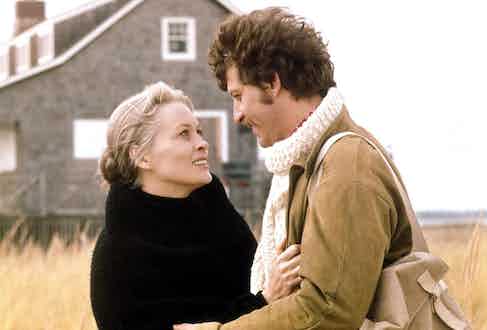 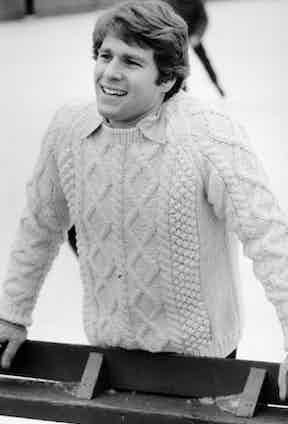 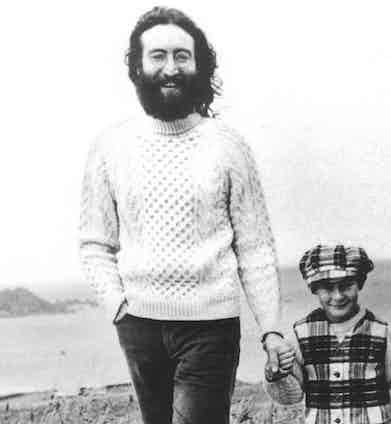 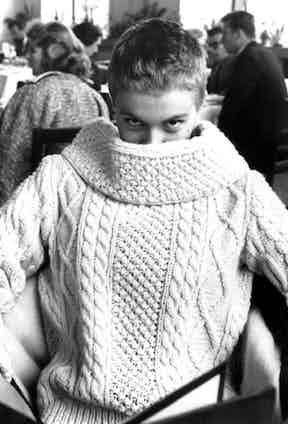 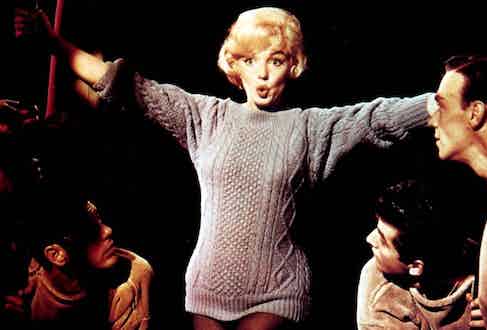 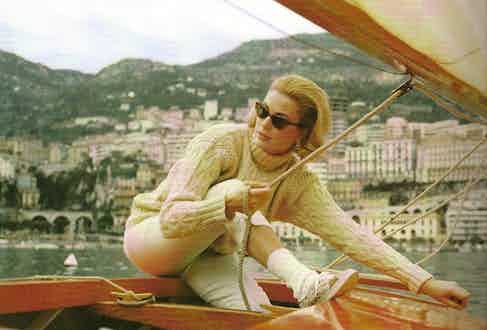 Crafted from coarse wool, the authentic cable knit is chunky and rough and undeniably casual. However, the pattern has taken a turn from practical to prestigious as modern brands incorporate it into more luxurious materials. “I don’t believe the cable knit has ever really dated,” says New & Lingwood’s Product & Marketing Director, Simone Maloney. “It has transcended the dense oily Aran sweaters of old and can now be enjoyed in wool, cashmere or cotton blends. There’s an undeniably ample luxury in the look.”

One of the first to the game was Ralph Lauren, creating its iconic cashmere cable knit sweater with the contrasting embroidered logo at the chest. Refined with a slim-fitted silhouette, it is a seminal piece now representative of the label. “True to their philosophy, they always have a great colour palette that is influenced rather than defined by fashion,” says sartorial menswear expert Christopher Modoo, although he strongly recommends wearing one on its own as opposed to layered. “The jumper-over-shirt thing is cool if you are an athletic undergrad at Princeton but more ‘off duty policeman’ on a middle-aged guy.”

On the other hand, Pip Jenkins, Head Designer at John Smedley, believes, “The chunkier you go with the cable the better.” Bespoke tailoring house Edward Sexton has the same belief, also opting for a heavier cable in its ready-to-wear collection, praising its sculpting abilities. “If you have a look at the way our navy cable knit catches the light, it produces rich and deep variations in shadow and light as the full cable weaves in and out of itself,” says Sexton’s Cutter and Creative Director,Dominic Sebag-Montefiore.

From its hardy, seafaring beginnings on the stormy shores of Victorian fishing communities, the cable knit has sailed its way to the catwalks and shiny-floored stores of today. Whether you’re channelling a classic look with an authentic Aran or opting for a modern, refined cashmere version, it’s certainly a trusty piece to be able to fish out of one's wardrobe. 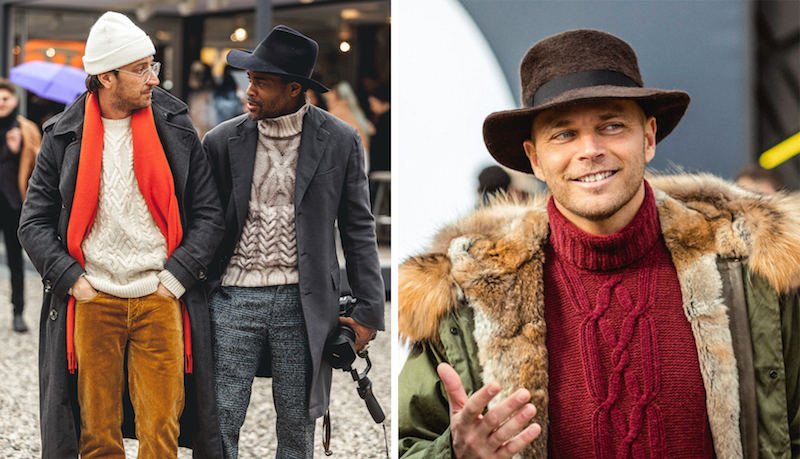