Alain Delon wears a taupe double-breasted trench coat with a belted waist and epaulettes, paired with a grey single-breasted suit and fedora hat in Le Samourai, 1967.

Wind- and rain-battered denizens of northern Europe: next time a sun-kissed expat ridicules you about the adverse climate in your domicile of choice, point out to them the sartorial benefits of it regularly being necessary to sport one of the most iconic garments in the menswear canon: the trench coat, a concept whose evolution began when men still wore puffed sleeves and breeches.

The story of the trench coat begins a good while before they were worn by officer-class denizens of the hellish ditches in Flanders, after which the garment is named: as early as 1823, in fact, when Charles Macintosh invented weatherproof outerwear made from rubberised cotton. Later that century, London-based gentlemen’s clothier John Emary patented a superior element-cheating fabric, and thus renamed his company ‘Aquascutum’, which derives from Latin for ‘water’ and ‘shield’.

The next development came with a little shy of six decades still to unfold before The Great War would erupt when – inspired, improbably enough, by the lanolin-coated waterproof smocks worn by Hampshire shepherds – a 21-year-old draper by the name of Thomas Burberry invented gabardine. A twill fabric that is simultaneously breathable and weatherproof, Burberry achieved its remarkable properties by coating each individual strand of fibre instead of the whole fabric. Notable aviators, explorers and adventurers of the time (Sir Ernest Shackleton braved Antarctica in 1907 using coats and tents made from the fabric) gradually cottoned on, so to speak. Long-range weaponry available by The Crimean War saw garishly conspicuous uniforms slip out of fashion, and by World War I the need to blend into the landscape was imperative, as was the mobility to burst into action at short notice. Hence, the utilitarian, functional, camouflaged coat we know and love today, with shoulder straps and D-rings, came into being. 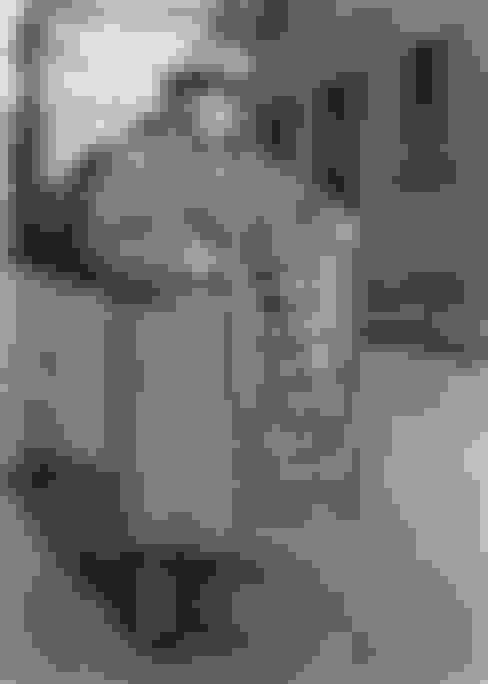 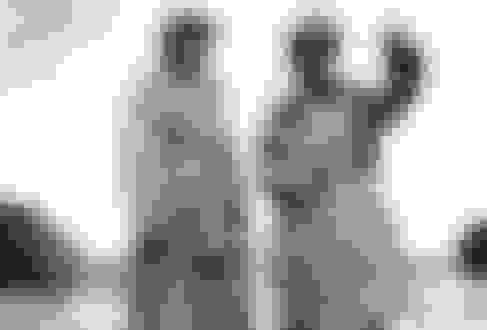 But what made a garment with such starkly utilitarian origins – and worn in a context of such abject suffering – become the iconic and desirable apparel we know it to be today? Inevitably enough, the short answer is Hollywood. It was the great Humphrey Bogart (sporting a beige, double-breasted Aquascutum number in The Maltese Falcon and Casablanca) who made the trench coat emblematic of beleaguered underworld movie characters, later combining it with a fedora to make up the classic film-noir sleuth’s silhouette (raised collars to symbolise the big screen gumshoe’s need to be clandestine came later, in the Inspector Clouseau era: it’s telling that the look became emblematic enough for Blake Edwards and Peter Sellers to satirise it).

Alain Delon ensured the trench coat was recast in its leading role in neo-noir thanks to an imperious performance in 1967 crime thriller Le Samouraï, before Get Carter demonstrated that the trench could, by the '70s, drape the form of the movie gangster anti-hero as adroitly as it once did the beleaguered detective’s. Harrison Ford’s Rick Decard in Blade Runner, along with Keanu Reeves’s Neo in The Matrix franchise, saw that the trench could hold its own in sci-fi milieu with a little adaptation; and let’s not forget the number of leading ladies (most notably Audrey Hepburn, who wore a short version for the conclusion of Breakfast at Tiffany’s) who have proved the trench’s unisex appeal - unusual with so idiosyncratic a garment. 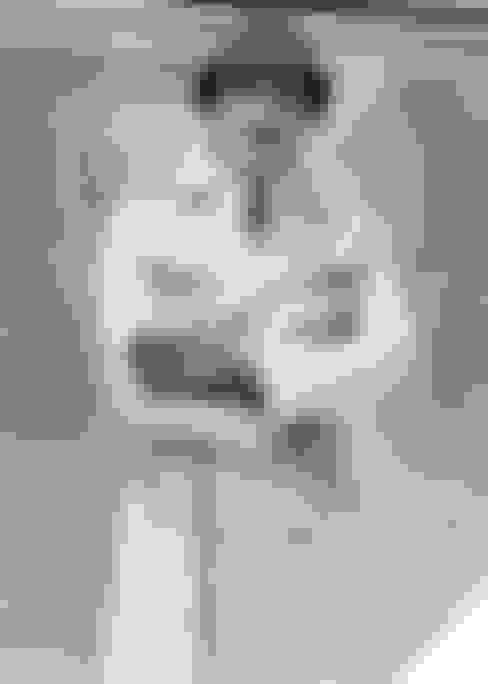 These days, it’s not just Burberry and Aquascutum who are taking the form to ever loftier levels. Hackett’s cotton-mix Mayfair cut pays dividends towards a formal ensemble, as do many of Ermenegildo Zegna’s outerwear options, while Dolce & Gabbana’s spin on the genre offers to inject edgier aesthetics into a gentleman’s guise.

British outerwear specialist Grenfell is another brand which has embraced the trench with some gusto. “The trench connects to yesteryear's iconic military and glamorous film worlds, to the bygone romantic heroes of Bogart, Alain Delon and so on,” says Head of Design Joslyn Clarke. “Crucially, it’s a classic icon that delivers a weatherproof silhouette, is superbly versatile in terms of fabric choices, and has [the kind of] added signature detailing that men love. There’s nothing to match it for comfort and function with a degree of swagger.” Grenfell offers both the classic variant or a more contemporary take, crafted in London in the brand’s own Grenfell cloth, with any climates catered for thanks to wool lining and fur collar options.

Carlo Simeone of the eponymous Italian brand - whose check pattern waterproof trench is rendered in pure virgin wool – believes that the trench has remained relevant because of its versatility. “Every gentleman has a trench in his wardrobe because it can be worn formally for business attire and casually, for example with denim trousers and a comfortable knit,” he says. “A tailored trench, especially, can be spread across the full range of look categories because it has the potential to class-up the look and maximise comfort.” With companies like Simeone and Falke (which offers a knitted version in two tones of Merino wool) making the trench repertoire ever broader, this is one garment whose star is only set to rise further.