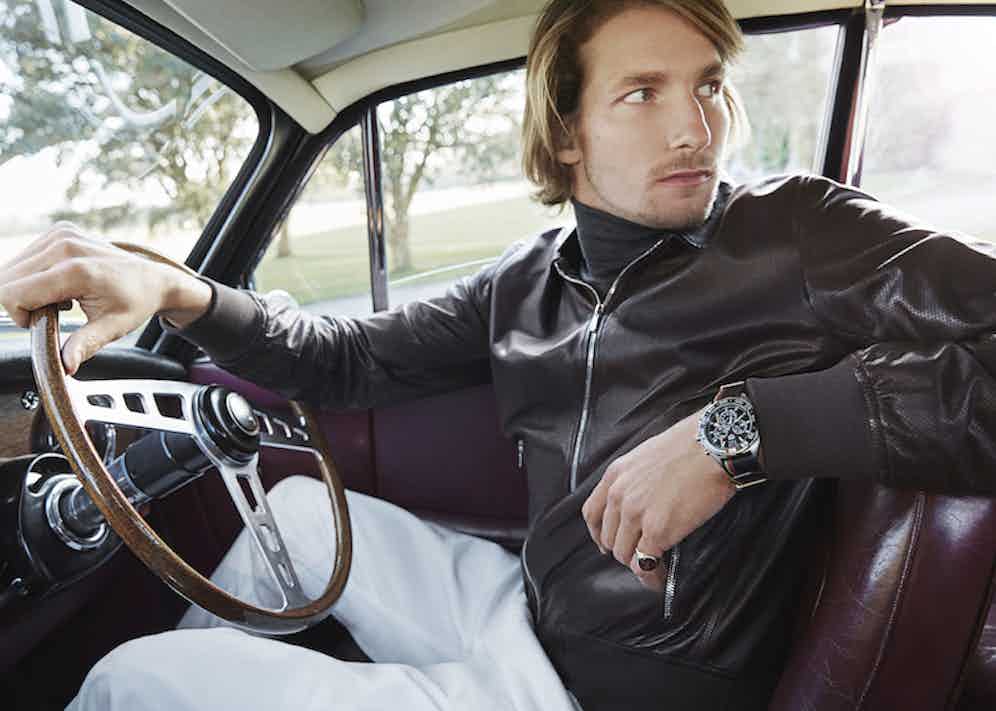 This last weekend just gone, Tag Heuer took us to the Goodwood Festival of Speed, to celebrate first and foremost the 40th anniversary of James Hunt’s historic Goodwood win.

We were able to catch up with his now racecar driver Freddie Hunt, who in his father’s memory has created two unique timepieces with Tag Heuer. The watches have been designed to coincide with the 40th anniversary, an extraordinary race that Hunt famously won. Freddie recalls with no small hint of pride how it was a different time in 1976, with limited technology in comparison to today; the cars were not as easy to drive. During this particular race, conditions were poor due to torrential rains, forcing other first-class drivers such as Nikki Lauda to pull out, stating his life was worth more than a win, quite some achievement for Hunt senior then.

We celebrate this memorable race this weekend with Freddie Hunt and his brothers. Freddie talks about his passion for Tag Heuer, his first watch being one given to him by his godfather for his 13th birthday. Unfortunately the watch was lost only a week later during a surfing trip. He is pleased to once again own a Tag, a brand which was associated closely with his father’s striking career and that consequently holds many fond childhood memories for him.

The two new timepieces were launched exclusively this weekend in a limited number. Each piece has been numbered on the watch’s underside and imprinted with James Hunt’s signature. Freddie admits to us that his older brother Tom was given the 001 numbered watch, his younger brother 040 symbolising the 40th anniversary, and Freddie himself was given the 076 numbered watch - a significant number for each son.

The two polished steel chronograph Formula 1 models are available with either a fabric NATO strap or full stainless steel bracelet. Both models feature a black sunray dial with the three colour vertical stripes, inspired by that of James Hunt’s, which were featured on his victorious racing kit and helmet. 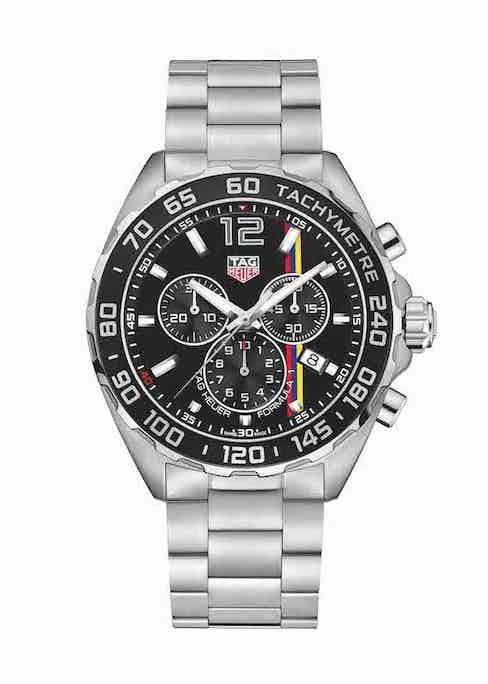 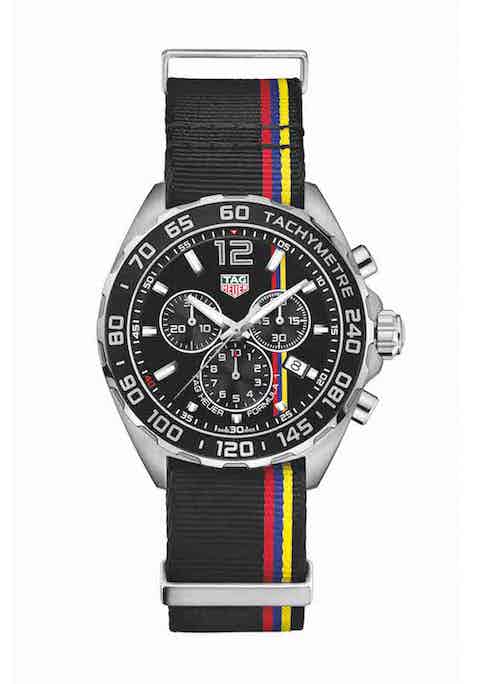