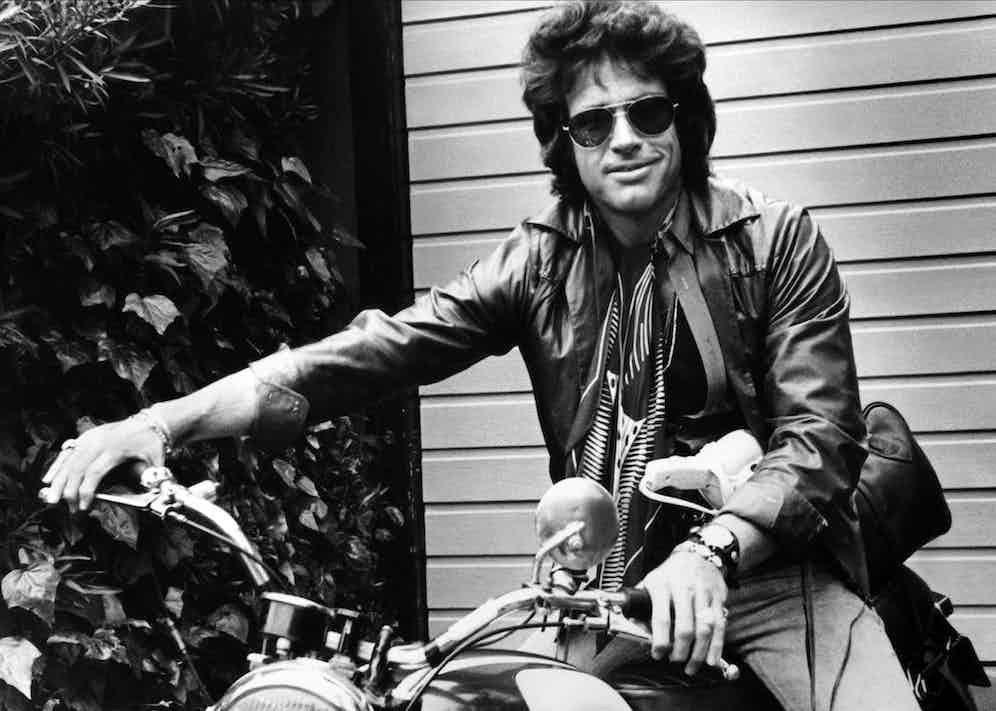 Warren Beatty riding a Triumph motorcycle on the set of Shampoo, 1975.

Like oxygen rushing into a vacuum, like high pressure water filling a void, the space evacuated by the heads of the Hollywood studio system and the directors they relied on to perpetuate the mythology of the American dream - the cinematic opiate of the masses - a new breed of directorcame to the forefront of Hollywood in the '70s. And they brought a new kind of filmmaking with them.

Informed by the French New Wave, their mobility and liberation of the camera, the rejection of sets in favor of gritty locations and the use of a frenetic editing style that became the driving sledge hammer heartbeat of the narrative, individuals like Sidney Lumet, Martin Scorcese, Michael Cimino, William Friedkin, Peter Bogdanavitch, and Warren Beatty– yes, Warren Beatty - unleashed a new kind of screen hero in the 1970s.

An era of social unrest stemming from daily protest against the Vietnam War, Watergate and the massive collective distrust of government and authority – not unlike the current Trump era – gave birth to the ultimate screen rebel with a cause, the ‘anti-hero’. Equally informed by the existential writing of Camus and the prison riots in Attica and harkening back to the era of social protest expressed by John Steinbeck and Woody Guthrie, the anti-hero could take the form of a bank robber as inDog Day Afternoon,Butch Cassidy & the Sundance KidandBonnie & Clyde, a government official or news reporter gone rogue as inThree Days of the CondororNetwork, a deranged war veteran as inTaxi DriverandThe Deer Hunteror even a philandering sex-addicted hairdresser as inShampoo. 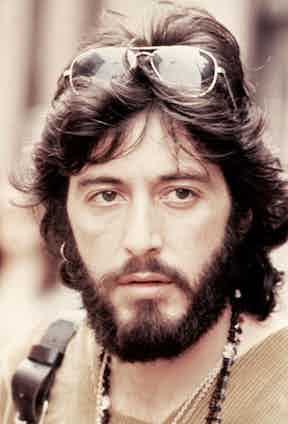 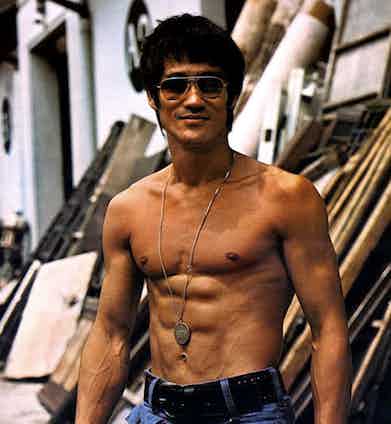 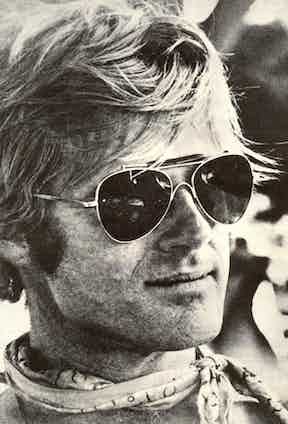 To fill their shoes came actors both established like Paul Newman, Robert Redford and Warren Beatty – yes him again – as well as a new breed of actors freshly sprung from the hot gates of Lee Strasburg’s method school like Al Pacino, Dustin Hoffman, Robert De Niro, Harvey Keitel and Christopher Walken. Hollywood even welcomed foreigners like Bruce Lee, who in the '70s became the first Asian cross-over star since the silent film era with Sessue Hayakawa.

And as their film personas changed, so did their attitudes as well as their sartorial dictums. Stars could be found prowling the boulevards, their shaggy manes of hair in open defiance to the preening immaculateness of the Hollywood system of the ’50s when every aspect of their identity was defined for them by in-house identity police. Their style was decidedly open necked and denim-centric and their scowls honed to artistic perfection permanently ensconced behind a very specific kind of slightly oversized, suggestively sinister and definitively badass sunglasses. Oliver Goldsmith, the brand that made its reputation fabricating the iconic glasses of screen icons such as Michael Caine, clearly has a big part of its heart entrenched in the halcyon era of 1970s screen rebels.

Says Claire Goldsmith, “I love this period when the famous paparazzi Ron Galella was stalking actors like Jack Nicholson, compelling everyone to wear their sunglasses at all times.” Famously Galella was punched in the face by Marlon Brando, hosed down by Brigitte Bardot’s security guards and court mandated to stay 50 feet away from Jackie Kennedy Onassis at all times. And it was thanks to his perennial intrusions that actors like Beatty, Redford and innumerable more started to don sunglasses 24/7, to erect a barrier between themselves and his lens. The irony is the images of the actors best known for playing screen rebels and anti-heroes invariably feature them wearing the ultimate rebel accessory: 1970s-style sunglasses. Indeed the cover of Galella’s book features no less than a clearly pissed off Robert Redford getting out of a limo, his mirrored shades affixed to his stony visage.

Today Oliver Goldsmith creates a collection of sunglasses that are the single greatest tribute to an era where being wild, being a rebel, thinking for yourself and raising the middle finger to authority was the prevailing philosophy of the day. It only lasted the decade, and by the early '80s the release of George Lucas’ Star Wars heralded the new era of the blockbuster, but never were men more compelling and cooler than in the decade of rebel cinema known as the 1970s. 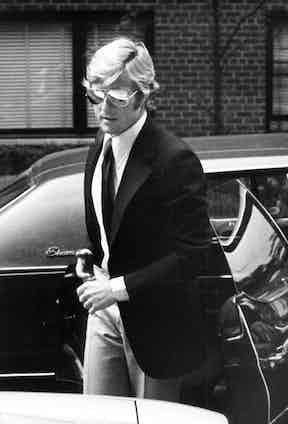 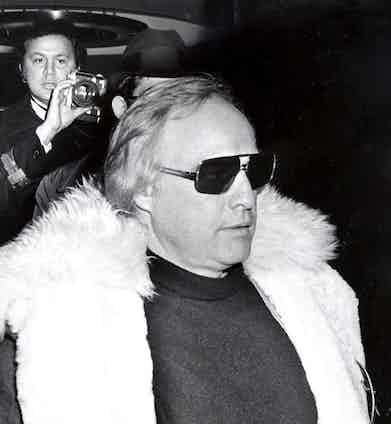 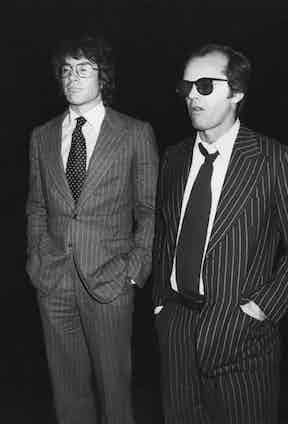 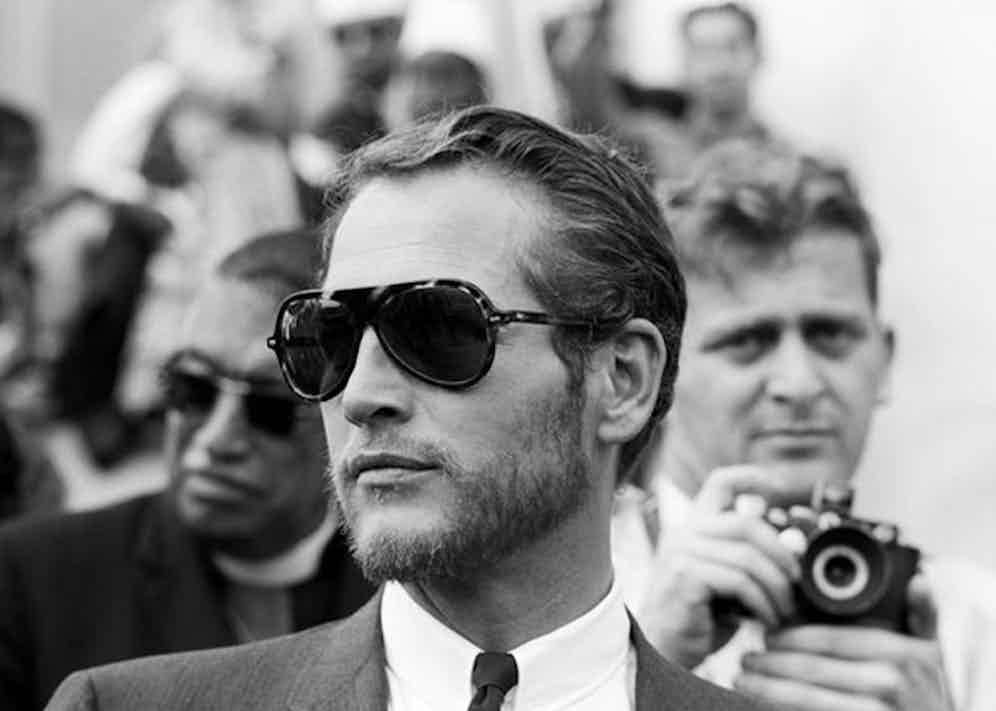