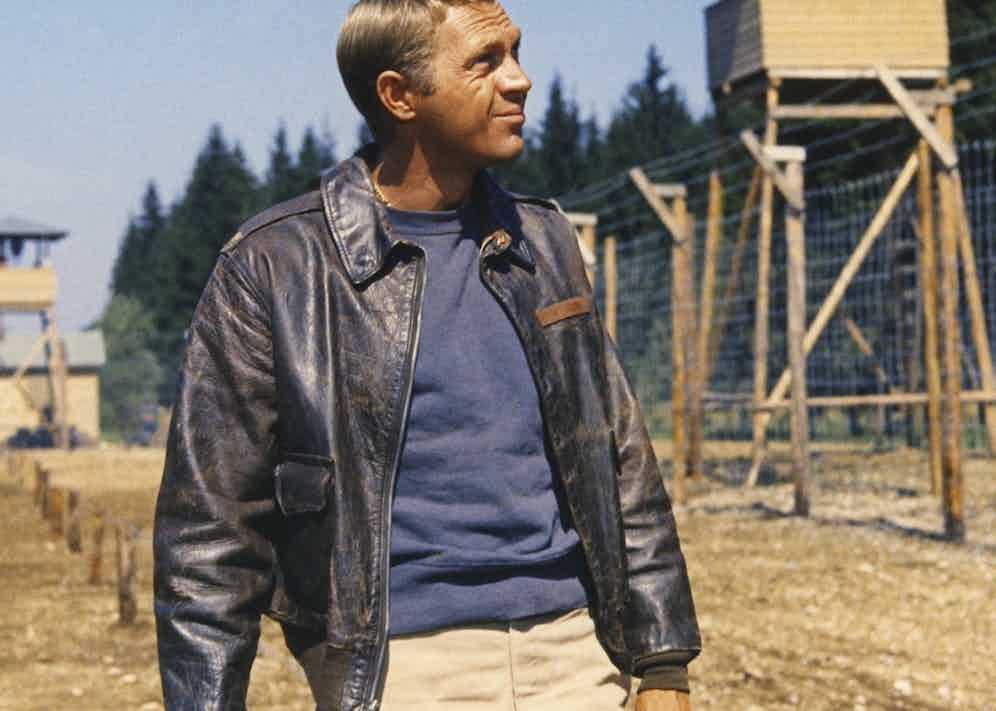 It is endlessly quoted, endlessly emulated and endlessly on TV. The Great Escape (1963) may have had an all-star cast, but few could have predicted that what was otherwise a romp of a WWII war film (despite the true life heroism and bleak ending) would not only become a pop culture staple but also a benchmark of style. What is more remarkable still, is that the man who made it so, Steve McQueen - an actor then only just on his way up but already with a reputation for scene stealing by any means necessary - would do it by way of merely an A-2 aviator’s jacket, sweatshirt, khakis and M-43 rough-out service boots. Yet these simple, workaday garments made Captain Virgil Hilts a sartorial icon.

During filming McQueen was more McQueen off-set than on, of course - he was repeatedly arrested for speeding by the Bavarian police and wrote off six or more cars, while fellow Great Escape actor Tom Adams expressed his bewilderment at the star’s appeal. “I couldn’t put my finger on it,” he noted. “There he was, about five foot seven, skinny, but on nights out in Munich, if he walked into a bar, the women - whoomph - would be around him.” But on-set McQueen was just as ballsy - invited to view early rushes, and realising how thin his character actually was, he angrily declined to film further scenes until his were re-written.

"Steve McQueen - an actor then only on his way up but already with a reputation for scene stealing by any means necessary."

That’s what gave him the infamous motorcycle chase - while insurers wouldn’t let McQueen perform the actual jump sequence, the actor, an accomplished motorcycle rider and all-round outdoorsman, did play German riders in pursuit in a couple of stunts. That ballsiness - or bolshiness - almost also gave McQueen a change of costume. The character played by James Garner, already a huge star, was distinctive for his white sweater - “McQueen was upset about that sweater,” as Adams recalled. So director John Sturges offered to reshoot some scenes with McQueen wearing the sweater, and Garner McQueen’s sweatshirt. Thankfully - for McQueen’s reputation as the king of cool - his tantrum abated and the swap never happened.

Would McQueen be considered the exemplar of style he is today if it had? Many cite the mac, black polo neck and Hutton Playboy boots of Bullitt (1968), or the rather more dapper, tailored form of The Thomas Crowne Affair (1968) as the looks that made his reputation. But it’s unlikely he would even have been offered these parts had he not made such an impact in The Great Escape. 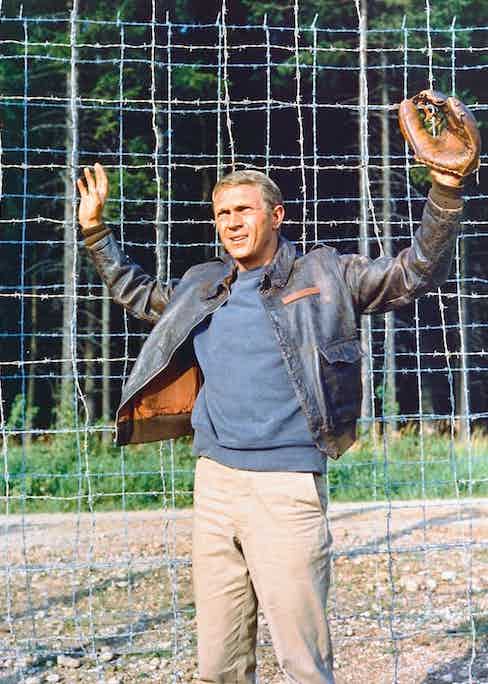 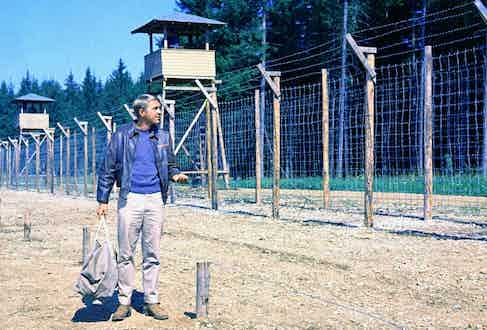 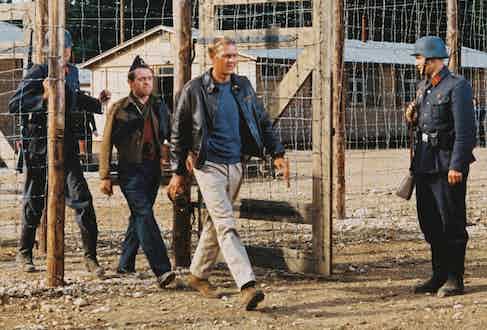 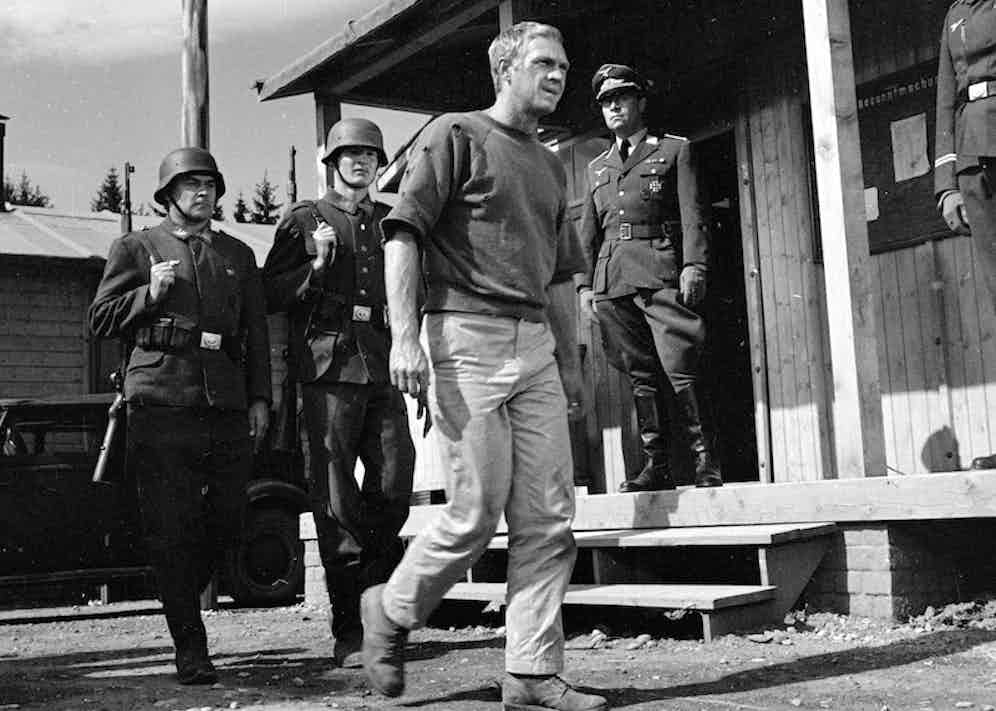 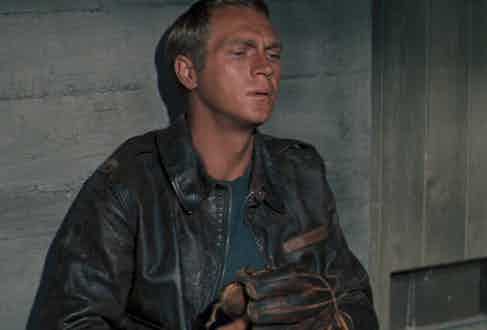 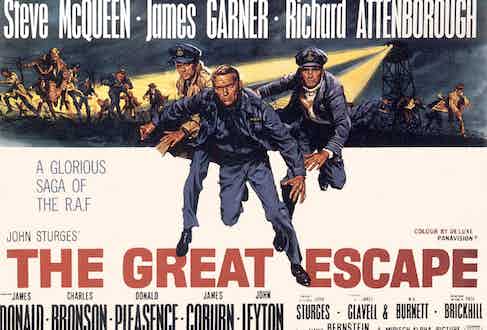 It is, after all, McQueen’s attire in this movie that has inspired collectible dolls and limited-edition reproduction clothing lines from Japanese makers the likes of Toys McCoys, or from Grand Prix Legends - offering a “totally accurate replica of the sweat worn by Steve McQueen in the every scene of The Great Escape, or of Eastman Leather’s copy of McQueen’s RoughWear Clothing Company flyer’s jacket. It’s the popularity of this attire that in turn would see Belstaff launch a SteveMcQueen Trialmaster capsule collection, not to mention allow the likes of Persol, Baracuta or Tag Heuer to make hay of fleeting associations with the man. Few actors at their peak half a century ago have managed a power an active licensing business today that has seen the likes of Gap, Triumph and, inexplicably, Renault Trucks come calling.

But then McQueen made sure he made an impact in The Great Escape. While film-making of the times was only just beginning to consider period accuracy as a value to cherish in its own right, still McQueen flouted any attempts at authenticity to suit his own ends. Standard issue USAAF khakis would have been loose and wide-legged; McQueen had his tailored more in keeping with 60s tastes, and his burgeoning reputation as a sex symbol. Few flyers would have worn a sweatshirt under their leather jacket during operational duties (at least not without flouting regulations) and even fewer would cut the arms off into short-sleeves; but, as McQueen’s then wife Neile Adams’ suggested, this better allowed the showing off of one of his best assets, his forearms.

"McQueen flouted any attempts at authenticity to suit his own ends."

Indeed, embracing anachronism to improve his presentation would become something of a trait for McQueen: five years later he was wearing a velvet-collared waxed jacket in The Cincinnati Kid, despite the film being set in the Depression era. Certainly McQueen would understand the importance of on-screen clothing to his off-screen image better than many actors of the time: Theodora Van Runkle and Ron Postal, who dressed him in Douglas Hayward suits for The Thomas Crowne Affair, recalled McQueen working his way through 30 pairs of trousers until he was satisfied that a pair showed his butt in the best light.

But perhaps McQueen never really topped The Great Escape - in clothing terms - precisely because the style most closely reflected him as an individual, rather than as an actor playing a part. If casting for The Thomas Crowne Affair prompted deep doubts in film-making circles that McQueen could be unconvincing in a tie, no such concerns would arise from him wearing the type of rugged, man-of-action clothes he chose to wear off-screen. He was in a second skin. And it is surely this that so many men seek in their own dress: a little machismo, plenty of relaxation and a touch of Captain Hilts. 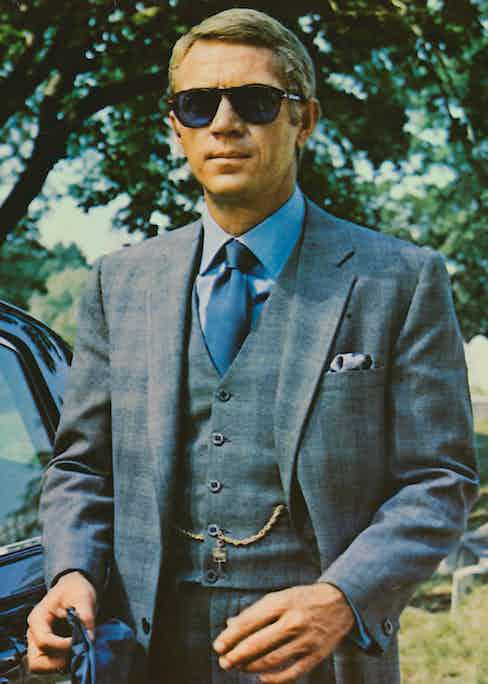 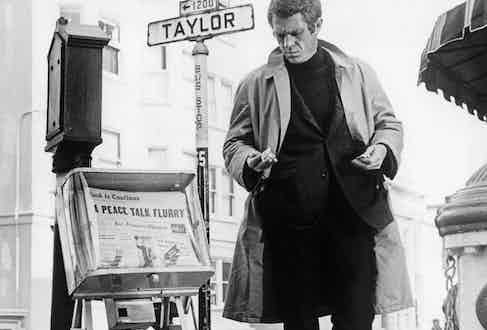 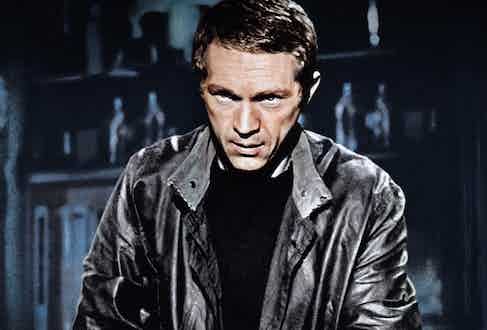 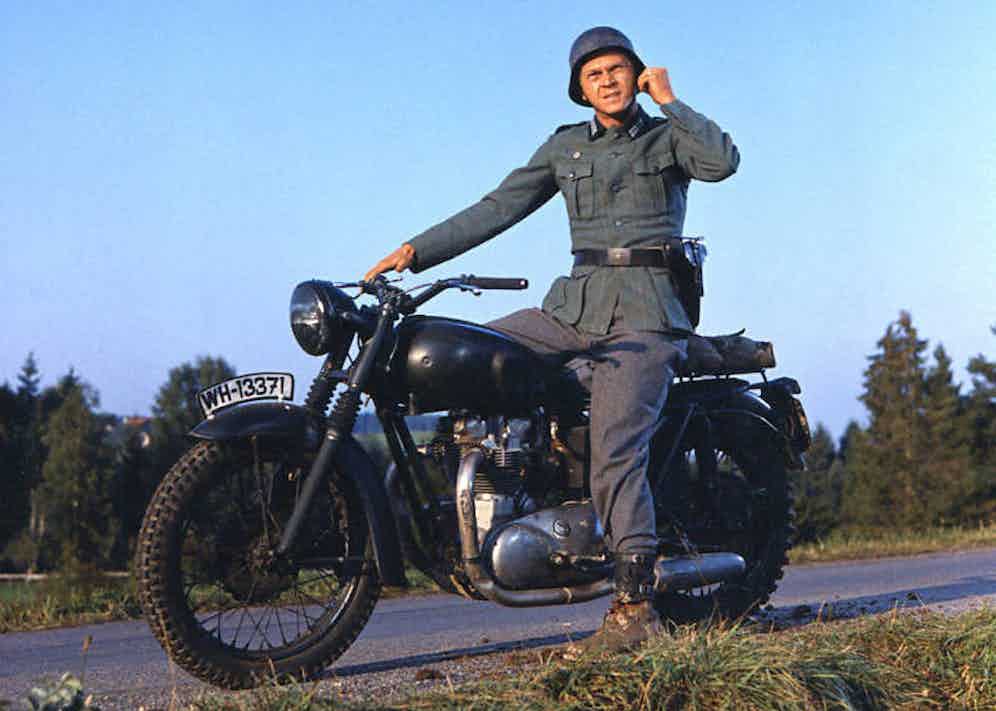