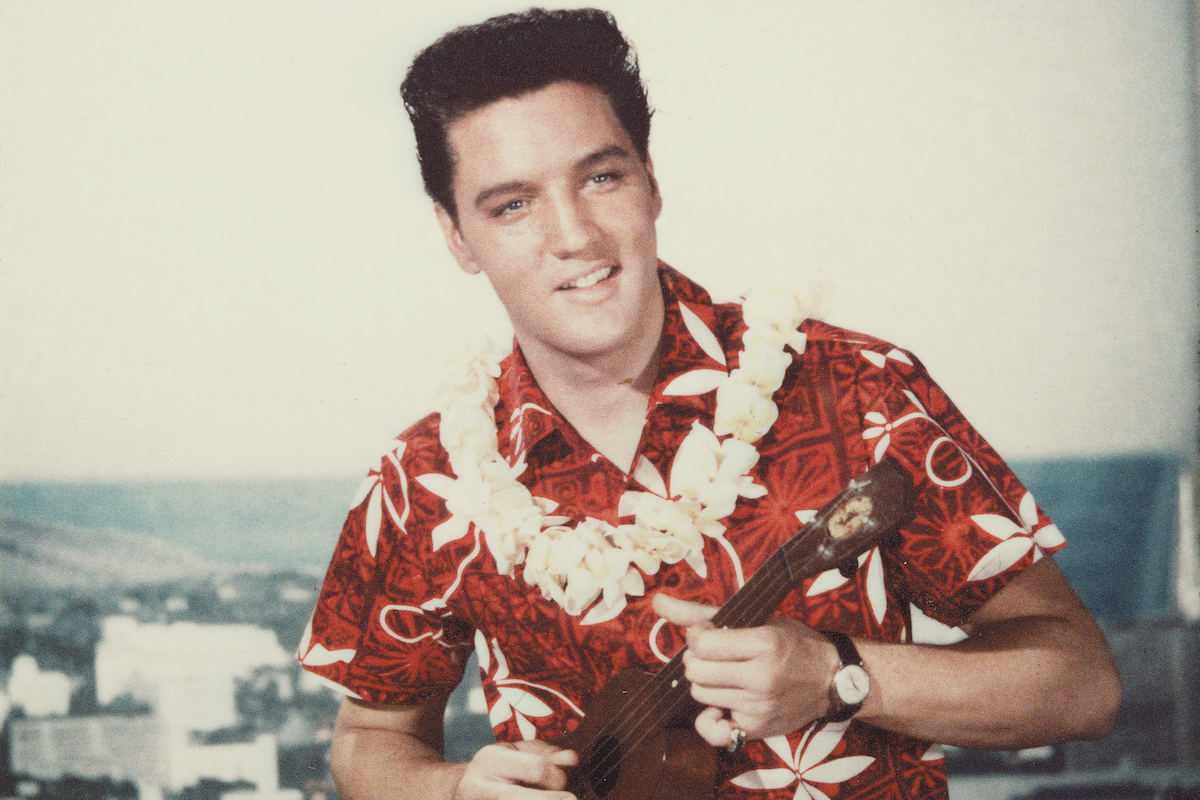 If menswear has a joker in the pack, it is perhaps the Hawaiian shirt. Loud, sometimes verging on raucous, it embodies everything that sophisticated men’s dressing is meant to reject: bright colours, loose fits and wild patterns. That perhaps makes every shirt produced by Tori Richard, Hawaii’s most esteemed shirtmaker, something of a gamble. With some pay-off: one Tori Richard shirt, with a wave pattern akin to a Japanese woodcut print, has sold more than 500,000 units over 20 years and become so well-known that it has appeared on a series of credit cards for a Hawaiian bank.

Functionally speaking, of course, the aloha shirt – as it’s colloquially known – is ideal for the humid climates in which it is typically worn, that disruptive pattern even perhaps helping to disguise the occasional sweat patch. But stylistically, it belongs to a world of its own. “For some, the aloha shirt will always be a novelty item or a kind of costume,” says Tori Richard CEO and President Josh Feldman. “For others it’s part of a regional identity — obviously the aloha shirt is worn in Hawaii, but you also find it widely worn in Florida and in Japan, for instance, as part of that culture by which the Japanese dress more American than Americans. And for others it’s a bold statement. Sure, it’s an extrovert act, even in Hawaii. But there’s a counter-cultural aspect to wearing the aloha shirt. It says that you just don’t give a shit what people think.”

That is certainly how the trope of the aloha shirt is used in popular culture. On the one hand there is the wearing of the shirt to fit in, perhaps as an expression of group identity, maybe even of positivity and open spirit: think of George Clooney in The Descendants (which Tori Richard outfitted), Tom Selleck in Magnum, P.I., and, of course, Elvis Presley in Blue Hawaii. But, take the Hawaiian shirt out of Hawaii and on the other hand is something much darker — it’s clothing as passive-aggression, fabric as fuck-you. It’s Robert de Niro in Cape Fear, Al Pacino in Scarface, Frank Sinatra in From Here to Eternity, John Travolta in Pulp Fiction, and Tony Curtis in, well, just about every publicity shot he did. Even as worn by Jim Carrey in the Ace Ventura movies, it seems to suggest a potentially threatening mania. 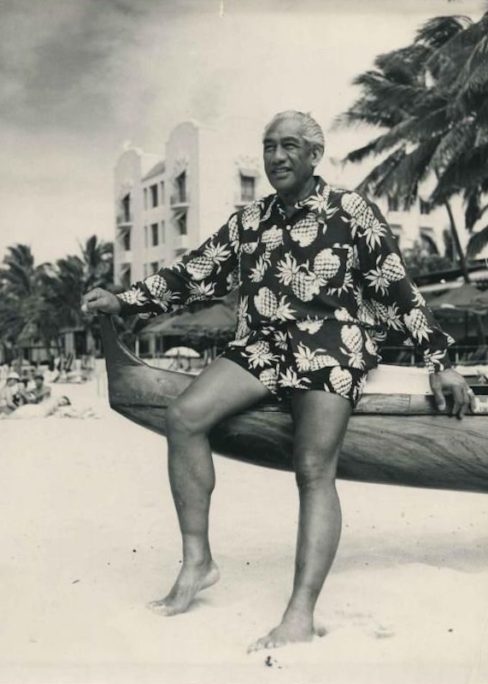 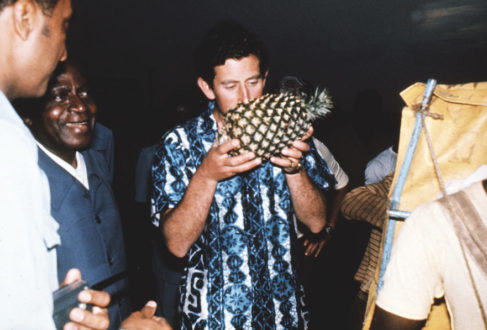 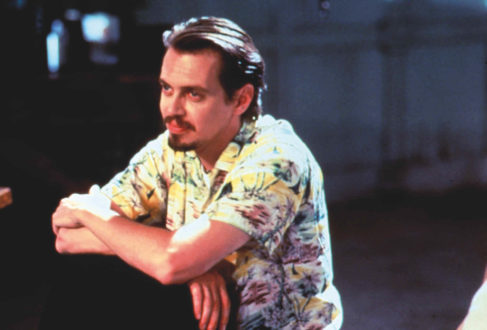 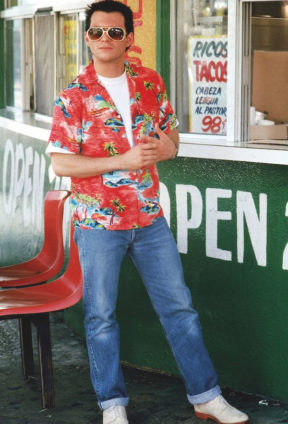 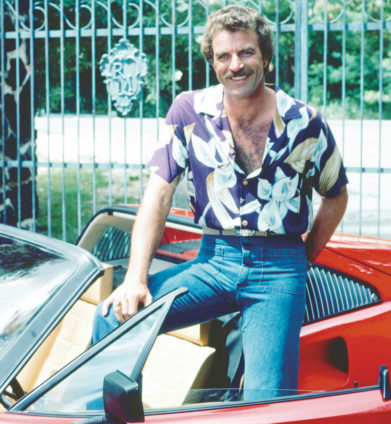 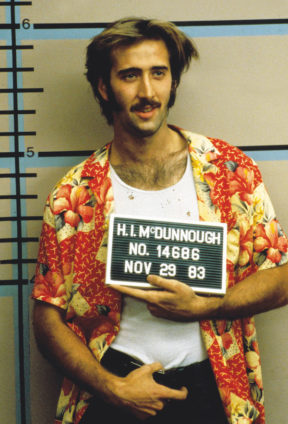 What is perhaps remarkable about such a distinctive and regional garment is its survival into the 21st century. But as Feldman notes, as for accents, so for modes of dress: while some predicted that globalisation would prompt the demise of local accents, some studies suggest that they are in fact becoming more pronounced. And so it is, Feldman contends, with clothing. Look at the revival in the wearing of lederhosen in Germany, for example, he says. While the aloha shirt’s international popularity rises and falls on the same cycle in menswear that embraces or rejects print in general — every seven years, reckons Feldman — it never entirely goes away.

“Every generation has its own way of dressing,” says Dale Hope, one-time Creative Director of Kahala, one of the most important brands in aloha shirt history, now owned by Tori Richard. “But it’s really hard to argue with a good aloha shirt. Someone once said that if everyone wore an aloha shirt there would be no wars. The shirts are positive, fun things that inspire a certain gregarious mindset. It would be an interesting phenomenon for a psychologist. People just love them, especially here, when the shirt is Hawaii’s great ambassador.”

People didn’t always love them. Nor, as it turns out, did they do much to stop a war. Indeed, the public’s first awareness of the aloha shirt was founded on an act of rebellion: it was one Gordon Young who, in the mid 1920s, prompted the earliest known recording of the shirt style precisely because he’d made the news by wearing one to the University of Washington, sending the campus authorities into apoplexy. But the origins of the shirt are more murky. Some say the first was made by a Japanese tailor in Hawaii from kimono cloth, others that it derives from the so-called ‘tails-out’ shirts native to the Philippines. Still others have argued that it migrated from Tahiti, where images of hibiscus, breadfruit and other exotica have long been printed on cloth. Further back, early Hawaiians would stain their barkcloth clothes with kukui nut tree juice to create red and yellow ochre shades. 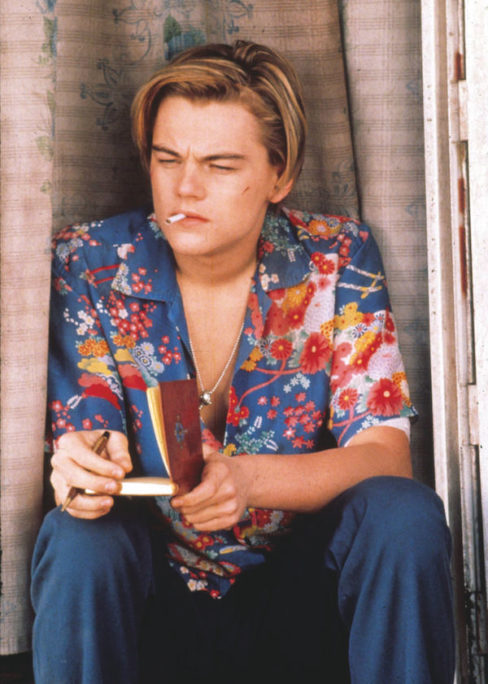 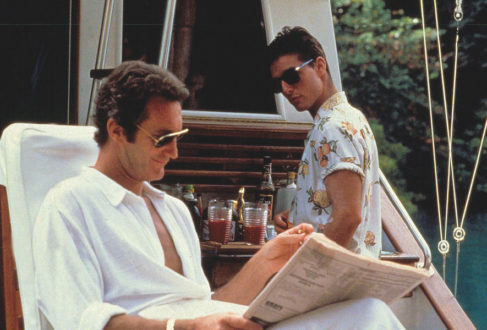 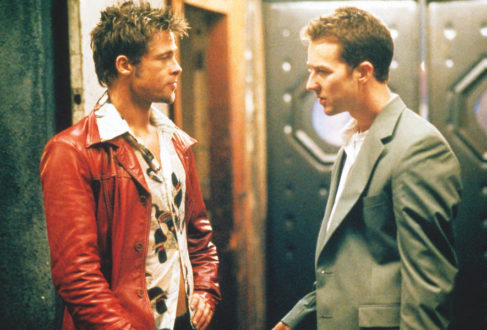 It was the British mariner Captain Cook who introduced the western shirt to the islands following his unexpected visit in 1778, with missionaries subsequently teaching the Hawaiians how to sew. Finally, Chinese and Japanese immigrants brought in to work on the islands’ sugar and pineapple plantations introduced not only their own printed silks and traditional fabrics but the art of tailoring. But the ‘Hawaiian shirt’ was a term not coined until 1927, by Ellery Chun, a tailor and businessman who made it up simply as a marketing tactic, with ‘aloha shirt’ registered nine years later.

It worked. Such was the Hawaiian shirt’s appeal, to both natives and visitors, that within a decade Honolulu had 275 tailors making them, and these small Pacific islands were enjoying an unexpectedly vibrant trade in textiles from Japan — the only place with the know-how and willingness to make small runs of complex, handmade printed fabrics. This was, of course — with some bitter irony — before the Japanese attacked Hawaii’s Pearl Harbor naval base and saw the United States enter the second world war.

Come peace and the late 1940s, Americans were reminded of Al Jolson, John Barrymore, Douglas Fairbanks and Ronald Colman — the more avant-garde pre-war movie stars who first made the aloha shirt symbolic of weekend rest and relaxation when snapped wearing them at their beachfront homes. By 1947, employees of Hawaii’s city councils were allowed to wear a Hawaiian shirt to work. Duke Kahanamoku, regarded as the pioneer of surfing and one of Hawaii’s most famous sons, was brought in to promote the Hawaiian shirt. By 1958, its manufacture was the islands’ third biggest industry.

To the trained eye a shirt can be originated to its source by the style of its print, sometimes right down to the artist who designed it. American, native Hawaiian and Japanese motifs — typically florals and plants, landscapes and the ocean, birds, dragons, tigers and, yes, hula dancing girls — are the leading areas, with the likes of print designer Keiji Kawakami, for instance, responsible for introducing island and surf-related imagery.

“The art of the aloha shirt is just stunning,” Hope says. “It tells a story, unlike a white button-down Oxford. Back then everything was done in paint and by hand and the lifestyle was slower. The artists weren’t inundated with a mass of media influences and technology. As a shirtmaker I find I can’t get artists to convey the same sense of ease. But that’s not surprising. Now Hawaii is loaded with hotels and condominiums, too. But back then it was a paradise. You’d arrive by steamer in your wool three-piece suit, be greeted with garlands and end up surfing with the beach boys. Why would you go back to your suit? You got yourself an aloha shirt.” As Duke Kahanamoku puts it in one Hawaiian shirt ad of the early fifties: Hoomanau Nui — take it easy.