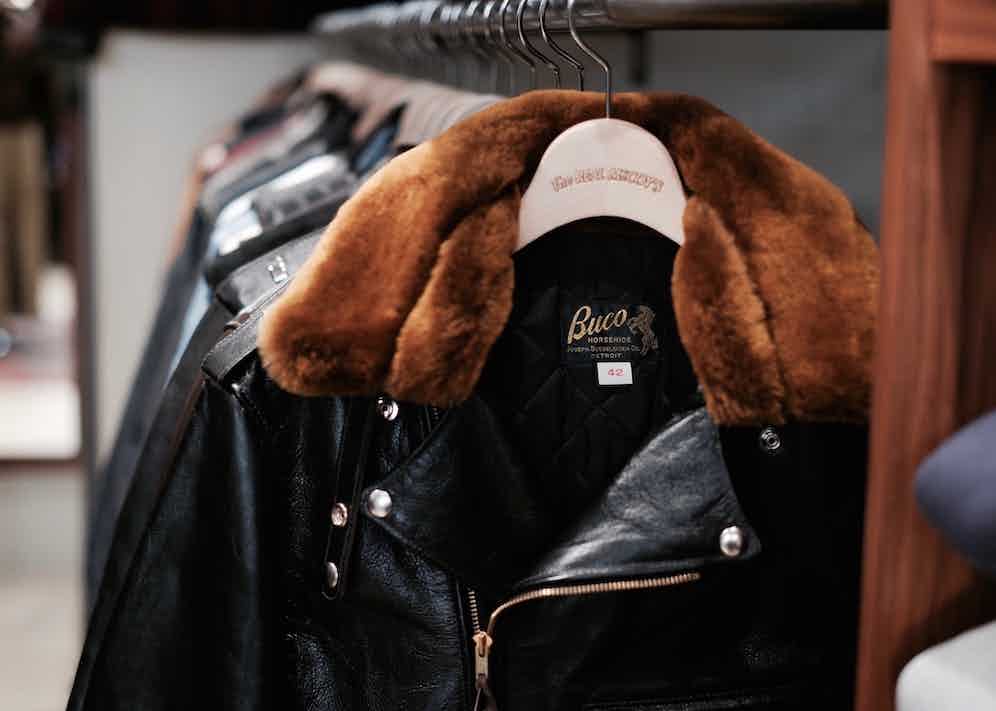 Japan and America certainly have a symbiotic relationship when it comes to classic styles and garments. This bond stretches as far back as WWII, when the influx of American GI’s patrolling the streets of Tokyo and other major cities in their military kit jump-started the Japanese vintage fashion market-come-craze, as well as the Japanese obsession with American style and culture. Then of course, classic Hollywood blew up in the 1950s. Icons such as James Dean, Steve McQueen and Marlon Brando graced television screens across the globe and caused a stir in Japan with their thoroughly rebellious and masculine looks. The following decade, Tokyo held the Olympic Games of 1964, with thousands of westerners flooding to the capital bringing with them an array of westernised styles. These three factors, as well as a handful more, are the reasons as to why Japan is so obsessed with American style — from military-wear, denim, workwear, sportswear and Ivy-league prep — and even though they are renowned for taking classic ‘Americana’ into higher sartorial realms, the humble Japanese won’t admit that they do ‘it’ better. There’s a remarkable mutual respect for American fashion between the two nations.

The Real McCoy’s (for those unaware of the term it translates as ‘the real deal’) is a Japanese-cult reproduction label founded by Hitoshi Tsujimoto around the turn of the millennium. An avid collector of vintage menswear since the 1970s, he realised that there was a huge market for vintage ‘Americana’ in Japan and has since catered to it magnificently. Located on Henrietta Street, a stone’s throw away from the hustle and bustle of London’s Covent Garden, The Real McCoy’s is a carefully curated space, packed with subtle cultural references and significant posters of American and Japanese culture. Yet, the real selling point is of course the products themselves, all of which are straight-up reproductions of classics that date back as far back as the 1920s. What’s more, The Real McCoy’s creations don’t conform to the notion of ‘trends’. Rather, they’re able to withstand the test of time, battle the elements and are produced to the absolute highest standards of construction and finishing — many by the painstakingly slow, yet utterly rakish methods of artisanal handcraftsmanship.

An element that can’t go unnoticed is the friendly environment of the store. The store’s manager Maxi Sardi, and his two assistants Elliot and Ben are all very much in the know with classic Americana, and getting them started on one of their iconic pieces could run the chance of you being late for your next appointment. They know it all, and as a result can guide you through the brand’s awesome heritage. In some ways it’s a true 20th century ‘east meets west’ cultural history lesson with the props-come-artefacts lining the store to illustrate it. As previously mentioned, The Real McCoy’s have reproduced iconic jackets out of the history books; the M-65 Field Jacket, A-1 Flight Jacket and the A-2 Flight Jacket to name a few, which are without a doubt better than the original model in each case. It’s said that the Japanese have a shared strand of DNA that runs through each generation that helps artisans to retain skills from their forefathers and master their craft, and in this case, it’s evident in the quality and feel of each and every jacket.

"Getting them started on one of their iconic pieces could run the chance of you being late for your next appointment."

Denim too is held in high regard by the Japanese, indeed they are without a doubt producing the finest raw denim on the planet right now and The Real McCoy’s denim is up there with the best (see our Invest piece on their Lot.003 selvedge jeans). I caught up with Tsujimoto to reflect on all the aspects of this symbiotic relationship. “I think it was in 1982 that we started producing high-quality denim. The reason why is because we could not find anything that was satisfying on the market, and there weren’t enough vintage jeans on the market for us to wear.” With this in mind, The Real McCoy’s in-house line of denim is quite spectacular. Back in his foremost collecting years, Tsujimoto amassed heaps of dead stock dry denim. He bought a small denim factory in order to produce high quality raw denim that is mostly unsanforized (denim that hasn't been stretched, fixed and/or shrunk in length) in 14 to 16.5oz weights, and that is exclusive to the brand. Keeping it old school, and fittingly so, their jeans are inspired by vintage Levi’s styles from the 30s through to the 60s.

Whilst their outerwear and denim is made to the highest standards, The Real McCoy’s also pay close attention to casual sporty style. Take for example, their Loop Wheel Sweatshirt that is named after the slow and archaic production method of loop-wheeling. Many modern manufacturers consider loop wheeling to be an ineffective and inefficient means of textile production and there are only a couple hundred traditional loop wheels left today. As a result, loop wheel sweatshirts are expensive, but make for a sure-fire investment. Those from The Real McCoy’s sporting range, called Joe McCoy’s, are the jersey equivalent to the brand’s high-end selvedge denim.

The Rake strongly recommends you pay a visit to The Real McCoy’s store. There’s something for every stylish individual — from sturdy boots to plain loop-wheeled T-shirts, imported Native American jewellery, plaid shirts and the large range of jackets and denim. But Rake readers be warned, you will almost certainly be hooked, destined to become a returning customer. But there are far worse things to be hooked on, don't you think? 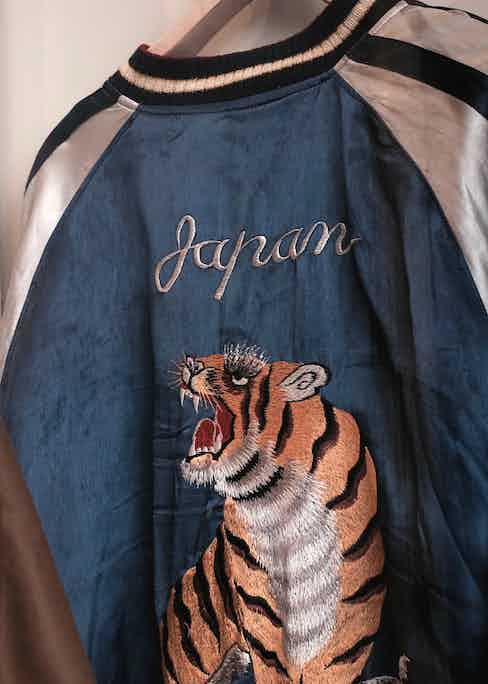 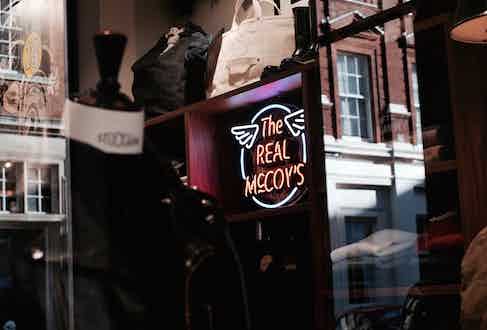 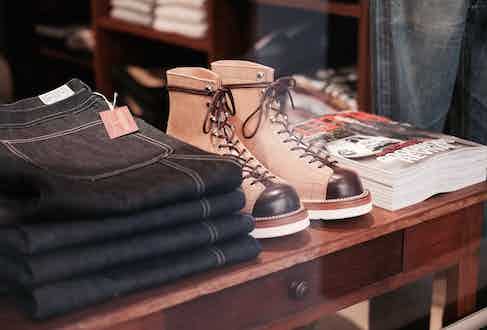 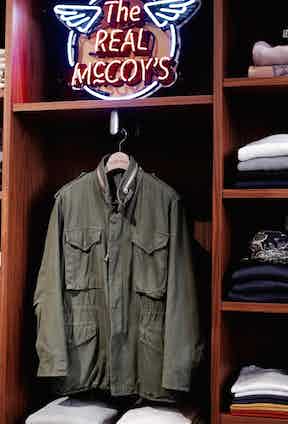 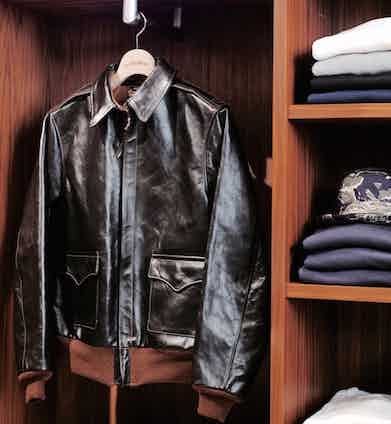 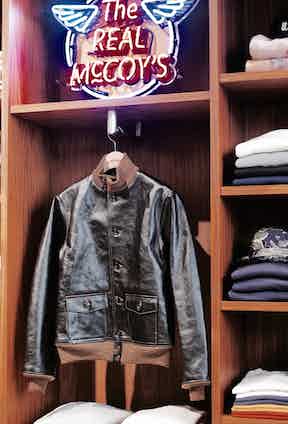 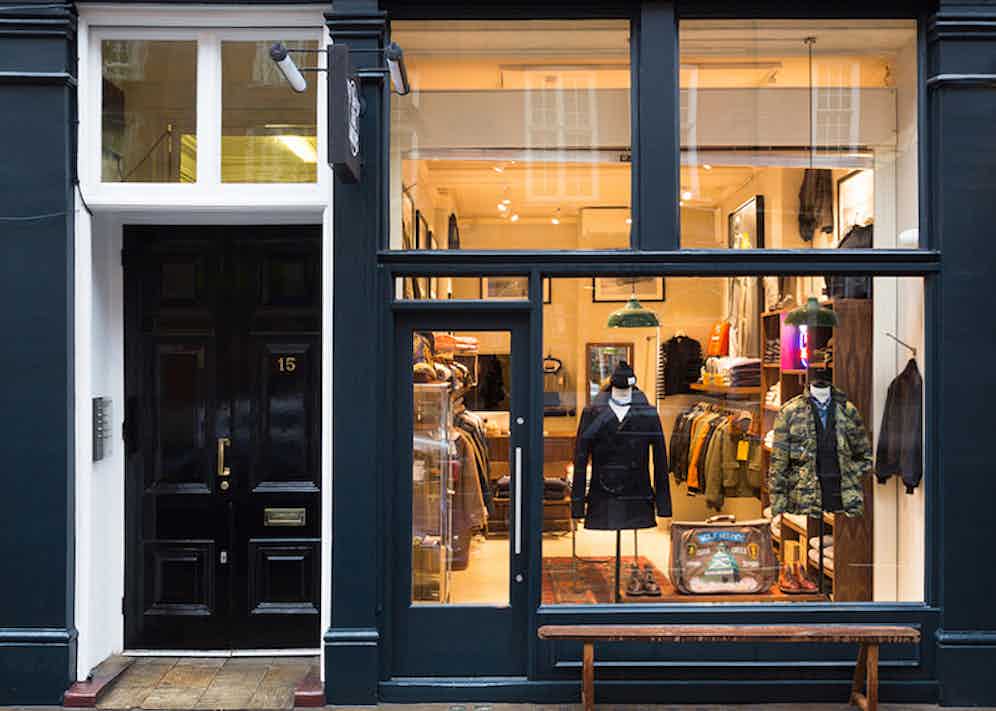 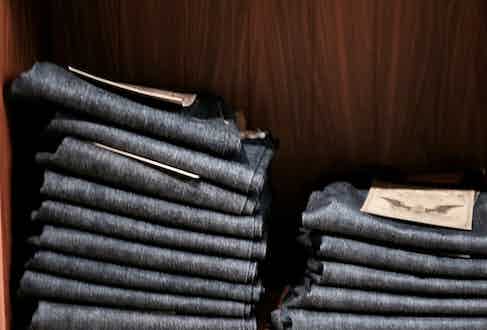 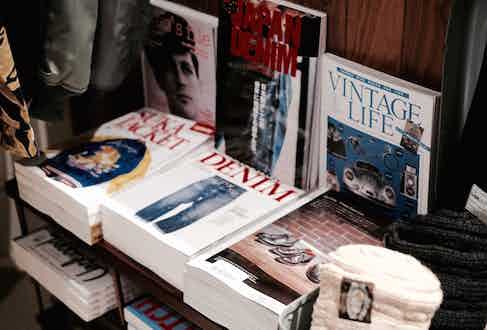 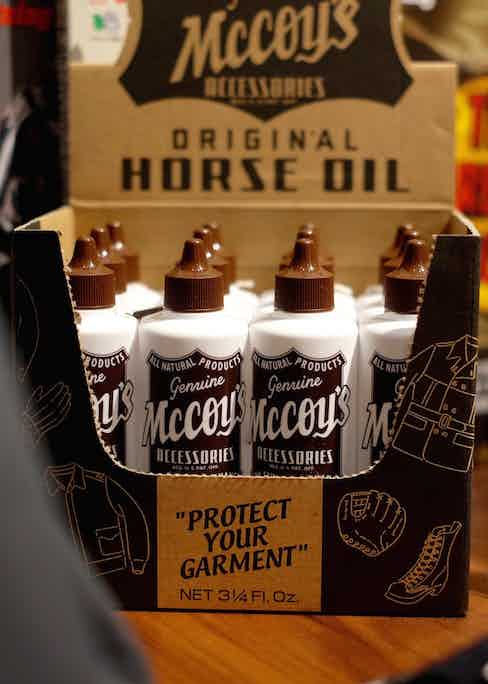 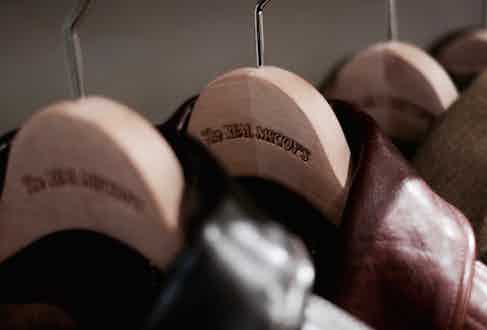 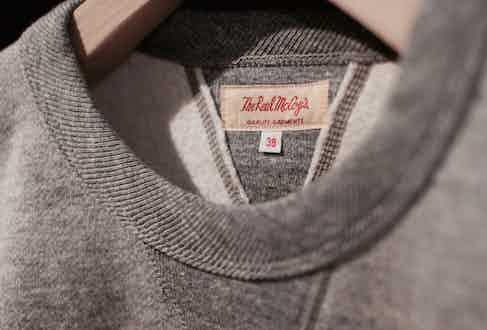 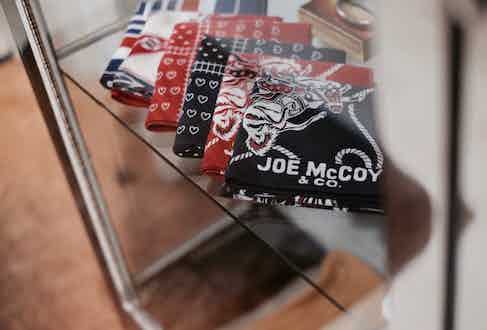 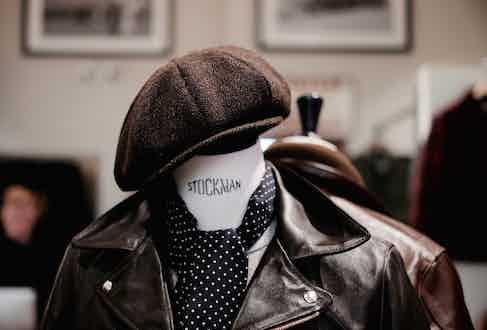