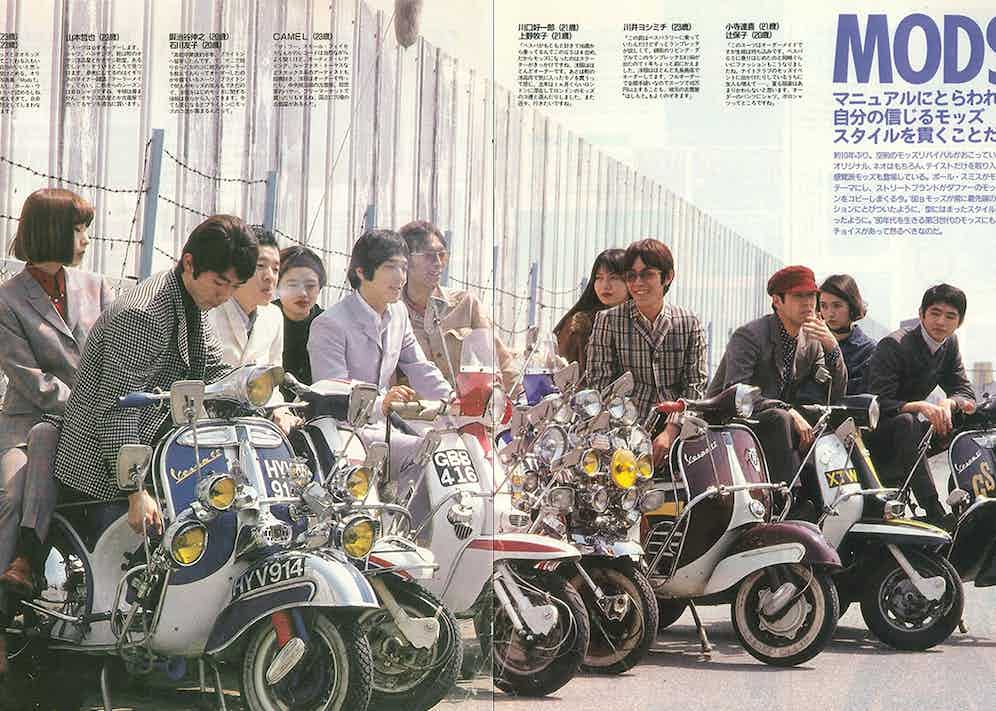 According to Japanese Mod Manabu Kuroda, the 1979 filmQuadrophenia(which charts the lives of their young London counterparts in the sixties heyday) was to ignite the movement. Although Kuroda had been following Mod culture before the seventies, the release of the movie was to gather new and old faces to independent cinemas to discuss their love for bands like The Who or The Jam. In fact, it was a dedicated The Jam fanclub who organised their own version of the Mods Mayday meetup in Tokyo, in 1981. With over two-hundred attendees, the gathering was considered the birth of the Japanese Mod scene. 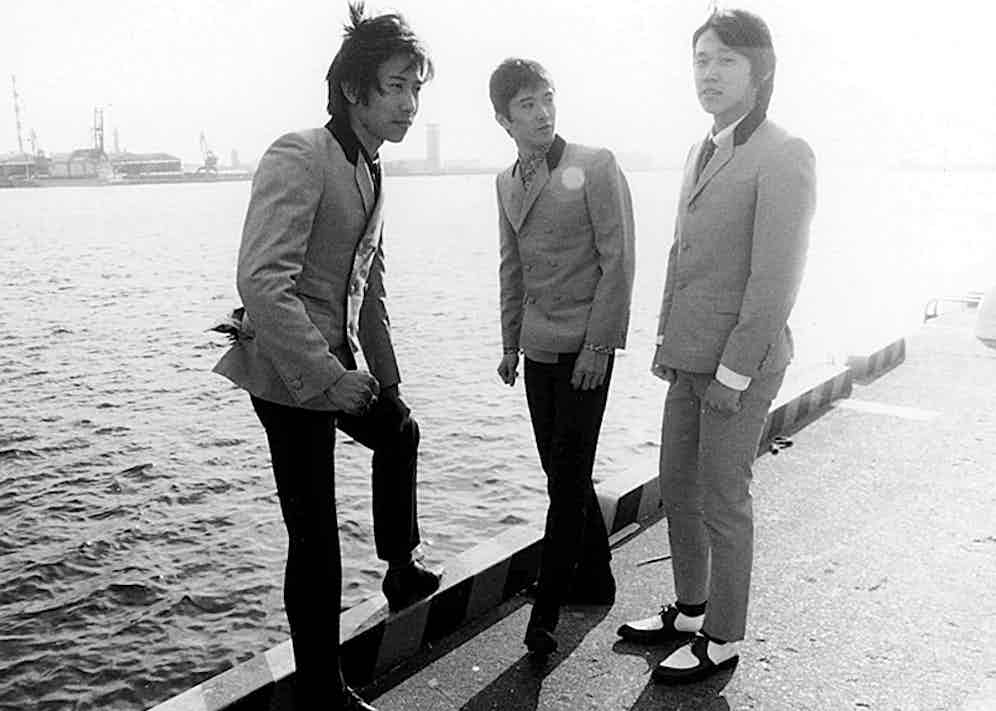 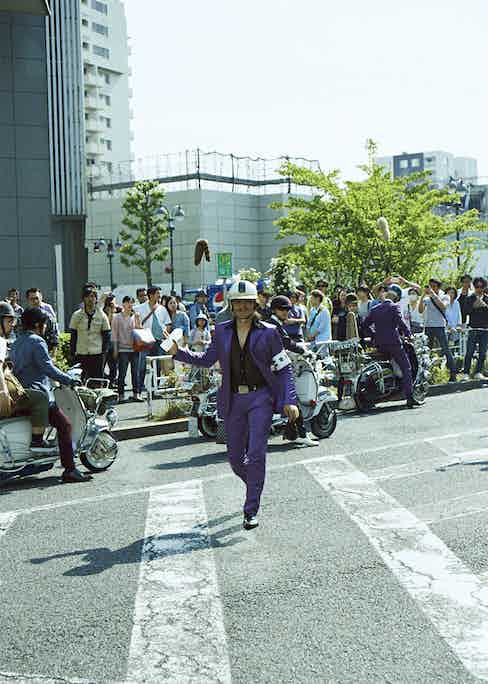 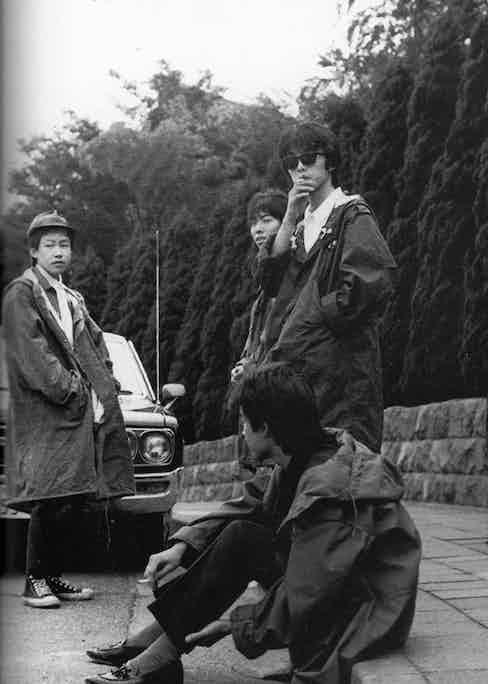 Two years later, Kuroda would take charge of the Mayday event at the age of twenty, and the scene would have its important figurehead. Japanese Mods followed the same lifestyle template as in Britain. They bought Lambretta and Vespa scooters, adding unnecessary headlights and mirrors—a bolshy characteristic of the early days—while wearing parka coats, slim tailoring (the ‘Zoot’ suit), loafers or Hush Puppy shoes. Some wore the classic trilby hat (more a feature of a contemporary ‘Rude Boys’ scene that splintered from Mod culture in the seventies) and dark shades. Because the Mods were experiencing a resurgence in Britain at that time, most notably by The Jam’s Paul Weller but also with The Specials, there was plenty of music and fashion inspiration to keep up with from overseas—especially after the introduction of Mod fanzines, or ‘Modzines’.

The team behind Tokyo’s Mayday decided to make their very own: 1983’s ‘Here, Today’ magazine became an important milestone in the subculture’s history. The photographs revealed the biggest contrast to Britain. Since the Japanese scenesters were from middle-class, university-student backgrounds, they could afford to mix the Mod staples with colourful Punk accessories. Their image was a lot more in line with Paul Weller’s style than the sixties Mods—with trainers and cowboy boots as prominent as loafers, and pink or powder blue tailoring in lieu of charcoal and black. ‘Here, Today’ was majorly influential. But after more publishers flooded the market, Kuroda would stop the project and begin the Radiate Records label. Switching to music, he used his connections to gather the most important groups in the Tokyo scene, like The Collectors, Mersey Beat, and Page Three (names that reference British culture). By this point, he was already the undisputed King of the Japanese Mods, but his biggest contribution was yet to arrive.

In 1984, Kuroda imitated the sixties British scenesters and established the Scooter Run tradition—a gathering of Mods riding the streets on their Lambrettas and Vespas. It still continues to this day.Indeed, the Scooter Run was only the beginning. The Mods in Japan outlived their British counterparts (who, by the eighties, had moved into the club scene) and became prominent DJs across Tokyo. The Collectors opened the legendary Shinjuku Jam club, in the Shinjuku party district, giving the scene a base to gather and dance. They are remembered today as the defining Japanese Mod band—embodying all the characteristics that made their version of the subculture so different. 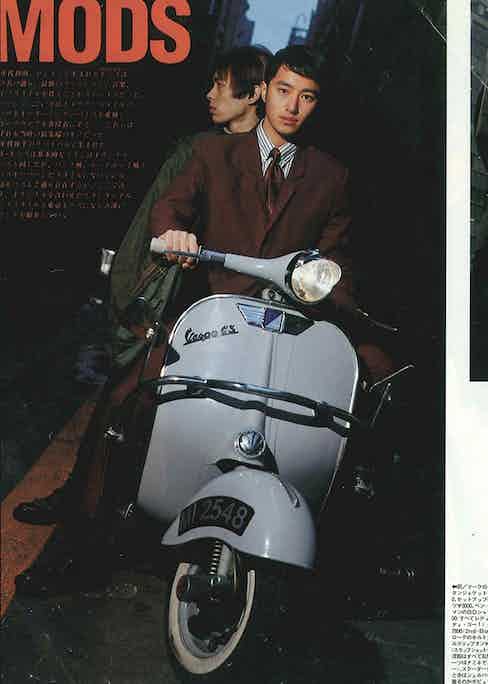 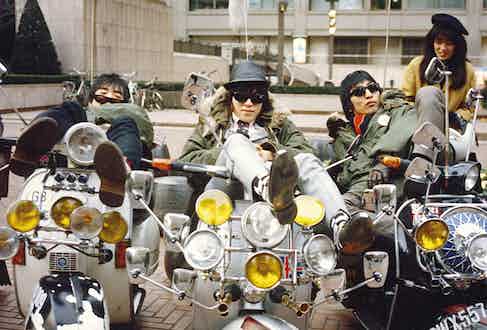 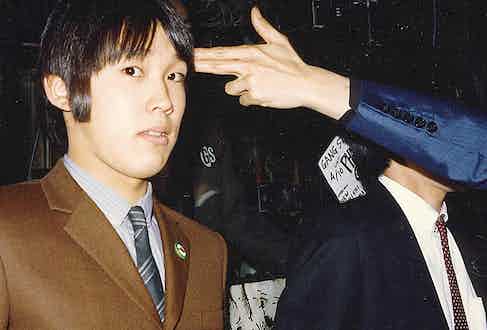 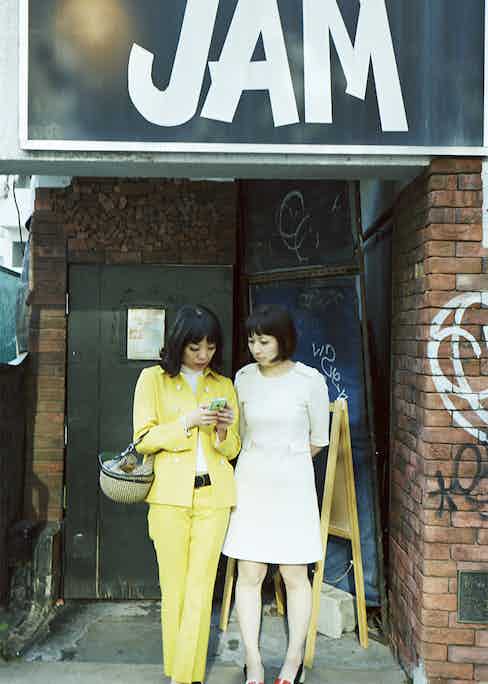 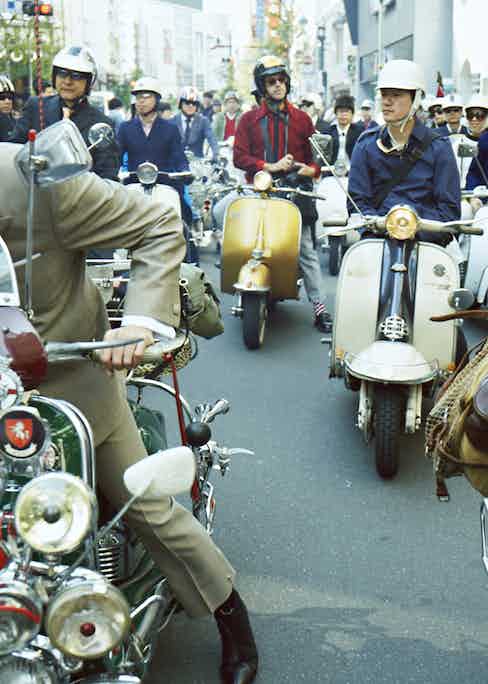 In Japan, the subculture was—and still is—more concerned with the music and fashions than the social tensions that produced the British Mods, who were working-class in origin. This meant that the scene flourished in Japan during the eighties and nineties simply thanks to the sounds and the styles that emerged from Shinjuku. Aside from The Collectors, special nights were organised around Tokyo where the Mods could come together and party. This culminated with the opening of Whisky A Go Go—a club that had a strict dress code: you could only enter if you wore Mod clothes.

With more clubs and record labels starting across Tokyo, the Japanese Mods peaked by the nineties. Mods Mayday reached over fifteen-hundred participants in 1991. Magazines would show colourful photographs of young people newly adopting the subculture’s fashions, sitting mischievously across their Lambrettas in their parka coats, with Union Jack patches emblazoned on the arms and shoulders.

Although they would slowly be replaced by streetwear trends and electronic music by the turn of the century, the Mods never really left Shinjuku. It has survived for more than forty years, inspiring Mayday Mod runs in Nagoya and Osaka. Sadly, the numbers have dwindled, as younger people have sought out newer, American trends. But social media (particularly the tag#中央線mods) has helped revitalise the scene; a subculture that is arguably more entrenched in Japan today than in Britain. According to present leaders likeMasana Mod, around the Chuo Line, a new generation is gathering—much like Kuroda and The Collectors did before them. They discuss their passion for music and suits, organise special DJ nights, and never fail to attend that resilient scooter run each May.