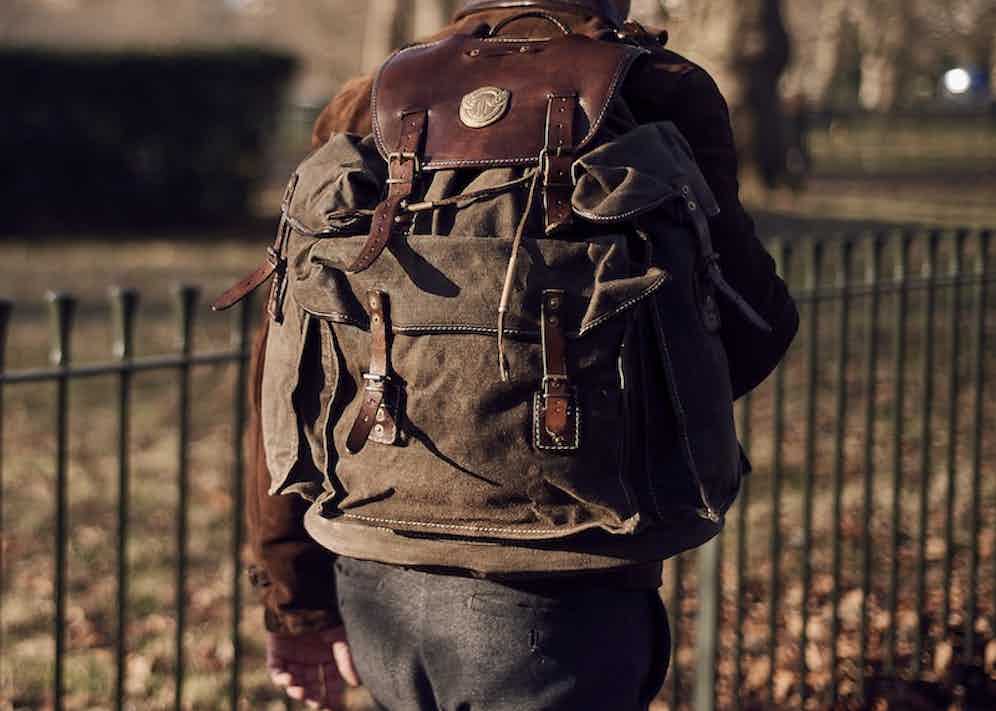 As lamentable as mankind’s propensity to kick the stuffing out of other nations is, we have military endeavour to thank for menswear staples such as trench coats, aviators, khakis, cardigans, cargo pants and chukka boots. Anyone who has browsed the mezzanine echelons of Gieves & Hawkes’ Number 1 Savile Row home will testify to the role of the military in men’s tailoring history.

But one of the unsung heroes of the military menswear pantheon is the humble backpack: the ultimate functional accessory, and one that has progressed from being the resourceful nomad’s animal-skin provision vessel to an essential part of the modern urban dandy’s arsenal of wardrobe finery.

This desirable backpack from Thedi Leathers, a company whose buffalo-hide jackets exude gritty Americana, draws from a military tradition that goes back to the appearance of backpacks among American militias as early as the mid 1800s (the first external-frame ‘knapsack’ with hip belt was patented in the U.S. by Major Henry C. Merriam in 1878).

Made from olive green military canvas — the words ‘government issue’ wouldn’t look out of place on this piece, in a parallel universe where form is as important in combat as function — and fastened by a vegetable-tanned cowhide leather flap with two brass buckle fastenings, it’s as ruggedly elegant as the rest of the company’s output, as well as purposeful thanks to two large side buckle-fronted pockets and another at the front that call to mind the ‘field packs’ used in the latter stages of World War II and through the Vietnam War (although, this being Thedi Leathers, the hides sourced for the piece will be supple and tactile as well as hardy).

In peacetime, the piece is best described as an uber-utilitarian style statement for the gent who sees an active lifestyle as no excuse for scrimping on elegance. “It’s a piece that the rakish gentleman should have some enjoyable moments with, whether he rides a motorcycle or enjoys an occasional mountain excursion, and prefers wearing something more relaxed for those pastimes,” says Theodoros Pampoukas, who founded Thedi Leathers with his wife, Dimitra (the company name is a portmanteau of their names) in 1979 in Thessaloniki, Greece. “Perhaps the strongest draw, though, is that it’s hand-made, by people who are extremely passionate about what they do.” 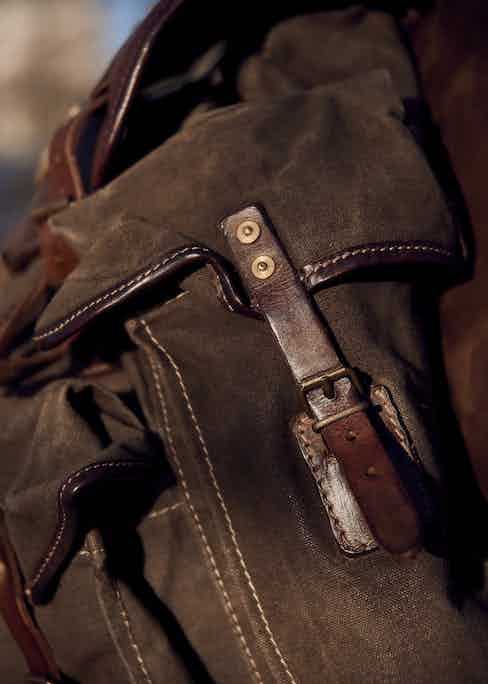 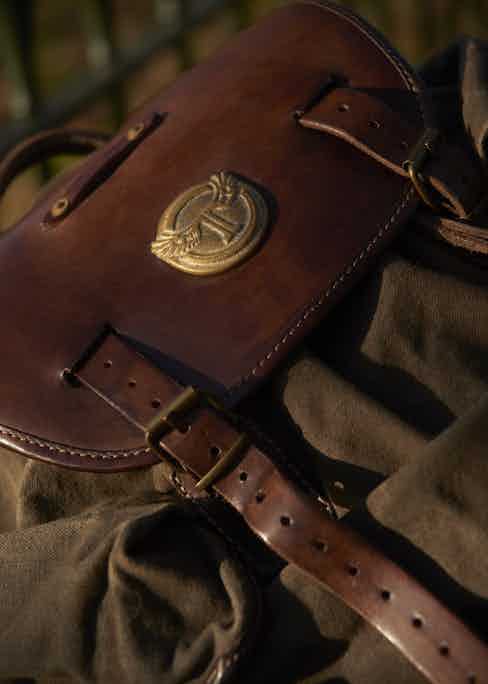