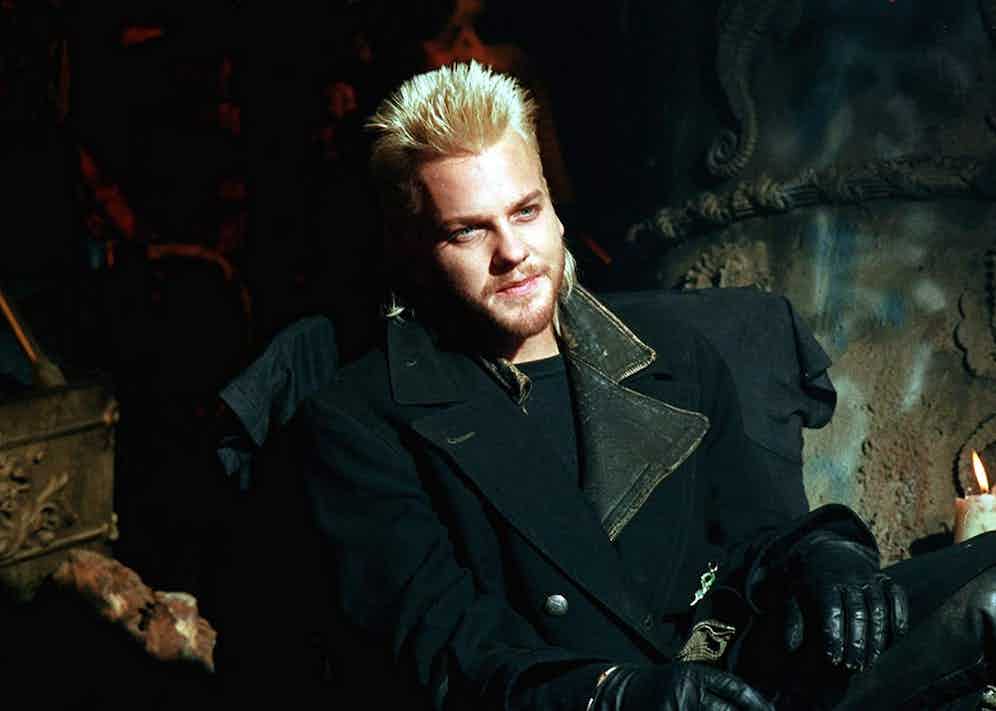 Vampire films are in no short supply: over the years there have been countless iterations of the horror sub-genre, many of which rely heavily on stuffy depictions of a cave-dwelling Dracula type, and simply aren’t worth your time. Watch enough cheesy, B-grade vampire flicks, however and you’ll occasionally encounter a cinematic gem. Case in point:The Lost Boys, Joel Schumacher’s 1987 cult classic about a gang of teen vampires running rampant in the semi-fictional northern Californian town of Santa Carla. Through the subversion of traditional themes, the film managed to reinvigorate the vampire genre: in place of tired folkloric notions of coffins and bats, there’s high energy, humour, sex and bucketloads of style.

Whilst the general styling of the film’s characters is well thought-out and expertly executed (Schumacher originally worked as a costume designer before turning his hand to directing), it’s vampire leader David whose sartorial identity we’re particularly homing in on. Played by a 22-year-old Kiefer Sutherland, David is dangerous, darkly funny and painfully cool - attributes conveyed through his all-black uniform, the effect of which is heightened through its stark juxtaposition against the bright colours of a Californian summer. Costume designer Susan Becker opted for a gothic-inspired New Romantic aesthetic, dressing Sutherland in layers of leather and heavy metals. As he bikes around town with his posse drinking blood, he sports a sweeping long black coat over a leather jacket with leather trousers and - you guessed it - leather gloves. With his peroxide blonde mullet, single silver earring and cigarette tucked nonchalantly behind the ear, he is a poster boy for 80s teen rebellion - an archetypal emulation of the ever-enduring ‘bad boy’ trope. 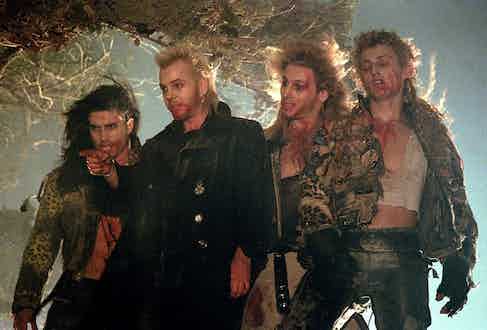 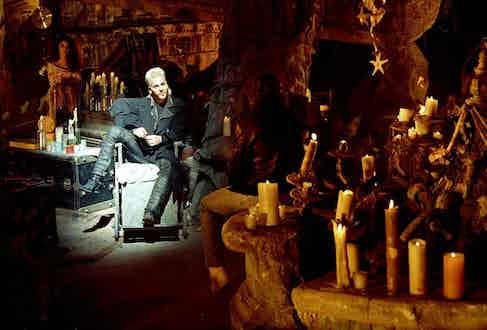 When it comes to channelling such a look for everyday wear, it pays to not take it too literally: subtlety and simplicity are key in this instance. Opt for hero pieces rather than head-to-toe leather adornment to avoid tipping too far into teen vampire territory. For the winter months, we’ll be investing in luxurious leather pieces by the likes of Schott, Omega Srland Edward Green and replacing David’s 80s-style leather trousers with a considerably more wearablealternative: a versatile pair of jeans in dark Japanese selvedge denim from The Worker’s Club. Inventive Italian brandDoppiaa has us covered when it comes to outerwear: its woollen double-breasted overcoat is perfect for throwing over a mono-tonal ensemble. Top it all off with an air of rakish rebellion and you’re set to go gliding into the night.