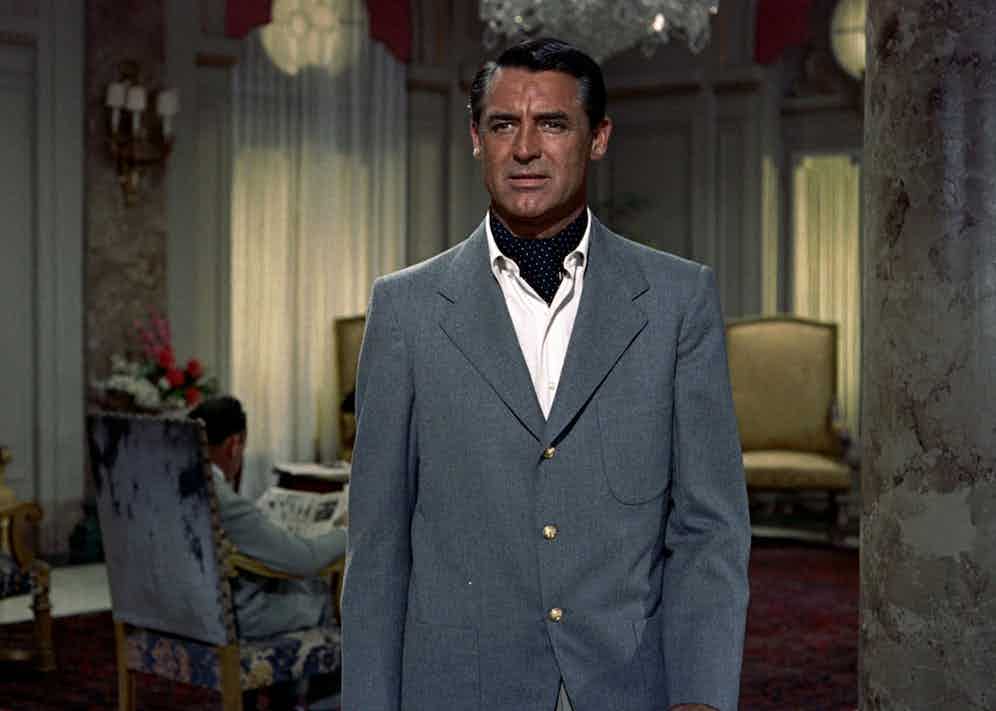 The sights and sounds of the French Riviera act as the backdrop for To Catch a Thief (1955), Alfred Hitchcock's romantic thriller about retired cat burglar John Robie. Played by Cary Grant, the film's protagonist is trying to prove himself innocent after a spate of robberies along the idyllic coast. Although he's competing with his polished co-star Grace Kelly in the style stakes, Grant's character manages to carve out his own sartorial identity, helped by a few key accessories and nautical style influences. Renowned costume designer Edith Head was responsible for The Cat's sharp looks, including his grey single-breasted blazer, which is accented with gold buttons and generous patch pockets, and paired with a white collared shirt and navy polka dot cravat.

Grant's ensembles in To Catch a Thief range from casual grey sweatshirts to sleek black eveningwear in the film, but one of the most memorable is directly influenced by his surrounds: a long-sleeved Breton shirt, also worn with a cravat, paired with grey, wide-cut trousers and slip-on espadrilles. Given the ostentatious context in which the film is set, this outfit is not only incredibly practical (he manages to negotiate a tiled rooftop in it), but it's also extremely accessible and paired back in comparison to some of the other pieces in the film. Which is perhaps also why, despite the film being shot more than half a century ago, Grant's costumes still feel relevant for today.