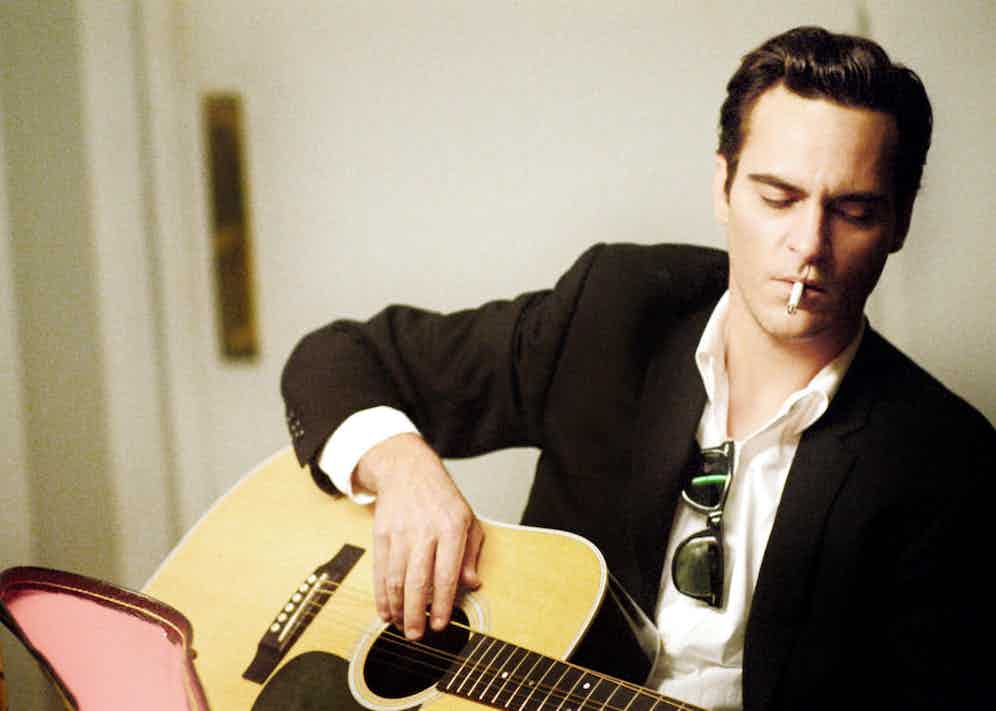 “Hello, I’m Johnny Cash,” says Joaquin Phoenix, emulating the country singer’s smooth, southern baritone drawl in the 2005 biographical film, Walk the Line. Along with noting his trademark introduction at concerts, the film convincingly depicts the singer’s inclination for rebellion. Performing in prisons, battling with drug addiction and speaking out against the Vietnam war, the film is an honest portrayal of Cash in real life, heightened by its exceptional wardrobe. Like Cash, Phoenix is more often than not wearing all black, a trait that the musician said was part of his political protest and a revolt against the status quo.

On stage, Phoenix sports an array of all-black ensembles, some of which are questionable (we say ditch the shiny waistcoat), however, here the look is simple and sophisticated. His black single-breasted jacket has notch lapels, a three-button cuff and is paired with a white shirt, resulting in an informed yet casual aesthetic. To relax the look further, swap his padded jacket for a finer, more louche option such as this blazer from Barena. With two front patch pockets, a partial lining and raw cut edges, it is a contemporary piece that will work well with jeans and a T-shirt. Add a pair of black Ray-Ban Wayfarer sunglasses, hung over the shirt opening, and you’re well on your way to channelling The Man in Black’s relaxed nonchalance.