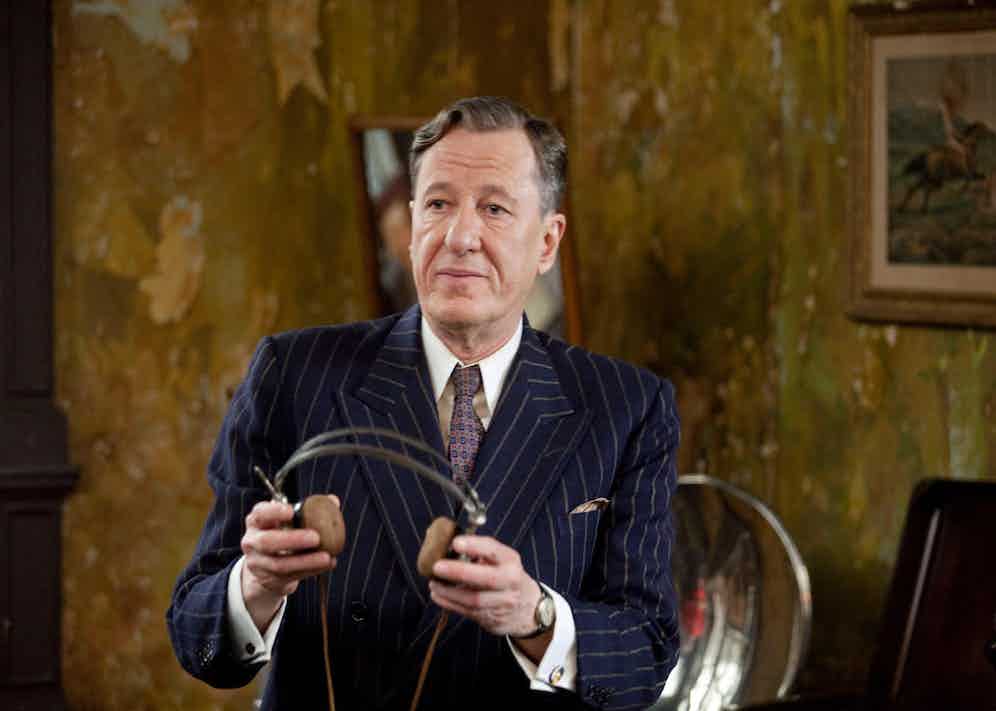 Geoffrey Rush as Lionel Logue in The King's Speech, 2010.

The royals have a habit of being just the right amount of stylish, which makes them irresistible subjects for film-makers, but as a result of their elevated position, the people around them often get overlooked. In The King’s Speech, speech therapist Lionel Logue is as integral a character as Colin Firth’s King George VI, and the film explores the relationship between the two. Portrayed by Geoffrey Rush, whose perfectly-timed humour, relaxed attitude and Australian patriotism balances Firth’s tightly-wound British stuffiness, Logue appears to be as committed to his clothes as he is to the seemingly impossible task at hand. Despite his unorthodox approach to therapy, his tailoring is traditional and distinguished; costume designer Jenny Beavan intentionally gave him a “working wardrobe” of four suits, typical of a professional gentleman in the 1930s, and used photographs from the Logue family archives.

A pinstriped navy double-breasted two-piece lends extra authority and authenticity to his character, with generous belly, roped shoulders, a high gorge and no vents. Considering the era restrictions, the suit is cut well for Rush’s figure, but an updated version would include more flair in the skirt and more definition in the silhouette. Cifonelli’s sweeping lapels sit a few inches higher, and a narrower pinstripe is easier to wear. Pair it with a tall pointed collar and motif-printed tie in vintage silk, elegant cufflinks and a perfectly curled silver cowlick. More importantly, conduct yourself with Logue’s empathy, kindness and good humour, and you’ll be channelling him whatever you wear.