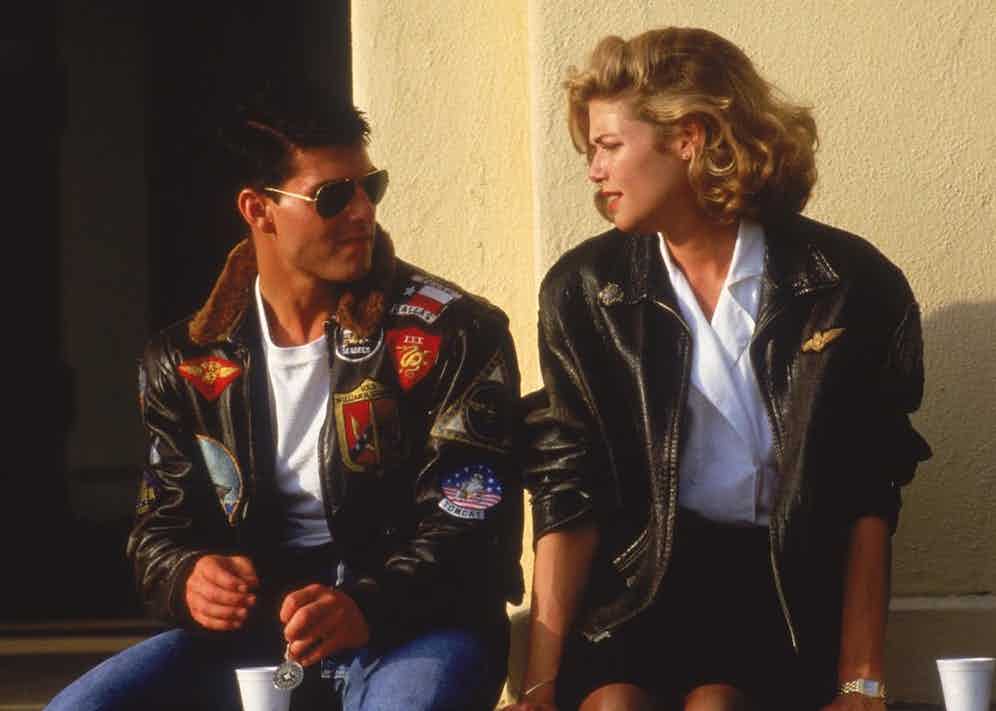 Earlier this year, Tom Cruise confirmed his involvement in a long-awaitedTop Gunsequel. Thirty years after Tony Scott’s full-throttle film took flight and Cruise’s character Pete ‘Maverick’ Mitchell tore across runways and cinema screens, the pressure is undoubtedly on. It’s likely that the 2018 movie will kick it up a gear, as big things are expected of the cast, stuntmen, screenplay and production. But particularly high expectations will also be pinned on Maverick’s wardrobe, which has long outlived the padded shoulders and permed hair of his female counterpart and love interest Charlie (played by Kelly McGillis).

Top Gun might be rich in 1980s music, Hollywood clichés and painfully memorable one-liners, but it’s also surprisingly abundant in a certain kind of timeless style. Leather jackets, vintage denim, white T-shirts? Still cool. Military clothing, aviator sunglasses and Kawasaki Ninja bikes? Still cool. It’s a formula that’s worked for three decades, so inspiration is easy to find throughout the film; the scene in which Charlie chases Maverick through the streets of San Diego is packed with cultural icons, from Charlie’s 1957 Porsche 356 Speedster, to Maverick’s 1980s hell-for-leather look. But it’s important to note that it’s not without its flaws. In channelling a fearless master of flight, you don’t want to look like you’re in fancy dress, and while Maverick’s overall style really wasn’t that maverick at all, some of his accessories would be more than a little questionable today. Unless you’re a) in the military or b) working on a ranch, avoid dog-tag necklaces, cowboy boots and army patches. Stick with simple flight jackets, properly fitted denim and hard-wearing leather boots, and all three will age as well as Tom Cruise has (with a few nips and tucks along the way).