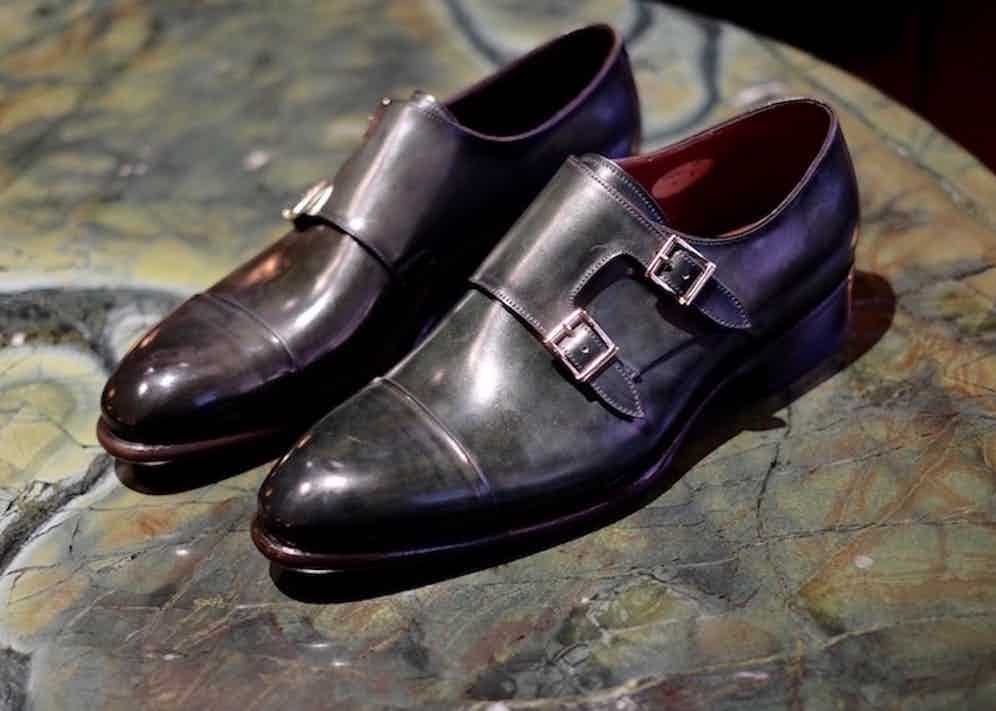 Three pieces of leather, one or two straps and a sole doesn’t sound like much on paper and yet, in the hands of an expert craftsman, those things can become something truly special. As one might correctly ascertain from the name, the monk strap shoe doesn’t just have a natty strap adorning it - it also has an ancient and decidedly monastic heritage. Although initially more of a leather sock with a buckle fastening, the monk strap has existed in a recognisable form since around 1500 BC, and was indeed the favoured footwear of many monks throughout central Europe during the late Middle Ages. The style evolved out of the monk’s work sandals, with the lower straps mostly being replaced by whole-cut leather to better protect the foot; the upper straps were retained to prevent movement during wear. Legend has it that an English gentleman visiting a monastery in the Swiss Alps in the Nineteenth Century was gifted a pair and brought them back to London with him. The design swiftly proved to have far-reaching appeal; by 1901 a monk strap design almost identical to that of today was officially registered.

And thus a hard-wearing, versatile and provably timeless shoe was born. That single, titular strap, finished typically with one or two buckles and fastening across the instep, offers a distinctly different feel to a lace-up. Dressy? Yes. Elegant? Yes, but perhaps little hardier as well, and a little tougher, in keeping with the shoe’s origins.

That duality allows the monk strap to occupy a rarified position in the gentleman’s wardrobe as a true master of all. Positioned somewhere between an Oxford and a Derby on the scale, the monk strap’s fluid level of formality is arguably its greatest strength. A dusty cinnamon suede pair will feel as at home with Japanese indigo denim, cotton drill or corduroy as an oxblood pebble grain would with a grey flannel suit, or anopulent blue pairwould with some indulgent eveningwear.

A few house rules, for those new to the shoe. Start with abrown pair- they’ll be your new best friends in no time. Unlike an Oxford, they can be smartly wornsanssocks in the summertime. Don’t underestimate the single monk strap either; its elegant, understated and currently underappreciated - a perfect storm for those looking for a smart new addition. And strongly consider doing your buckles up. Lino Ieluzzi doesn’t have to, though. 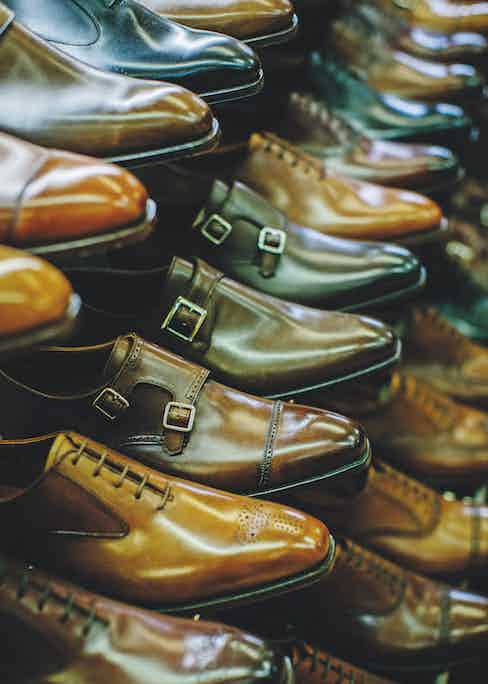 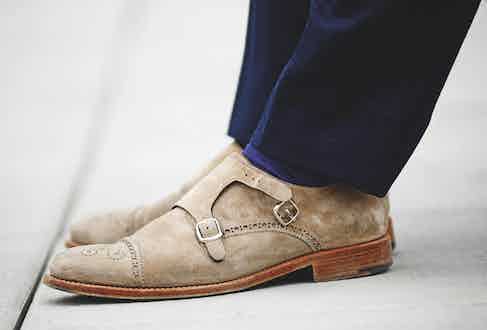 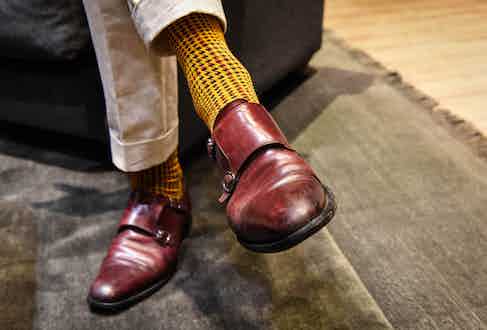 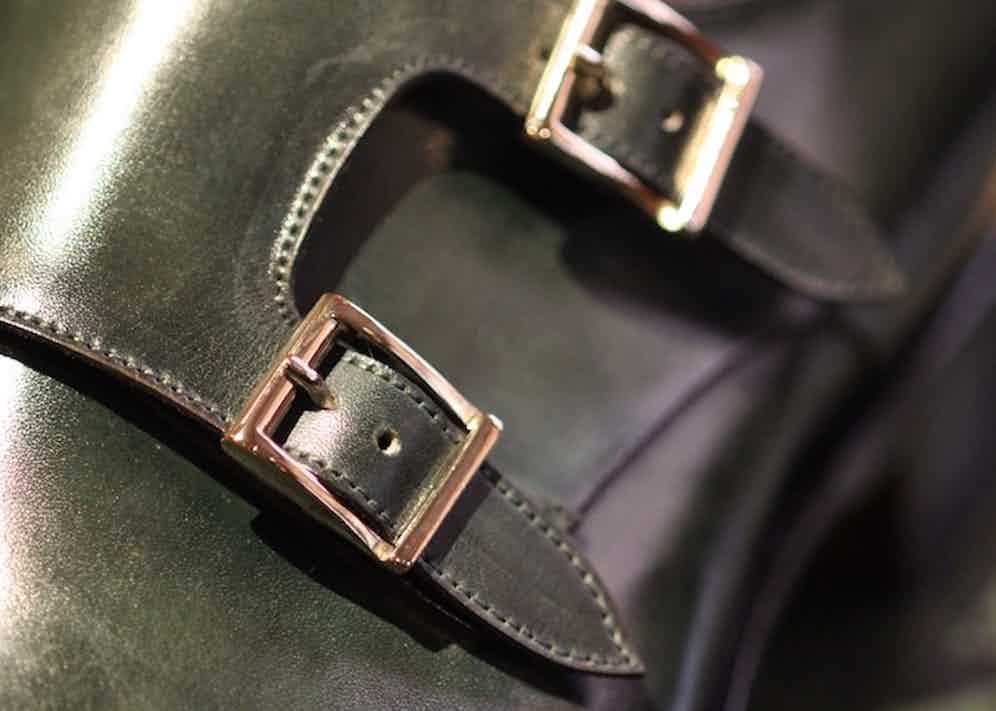 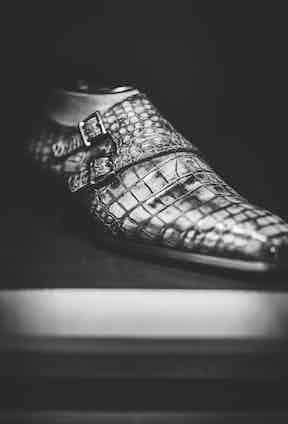 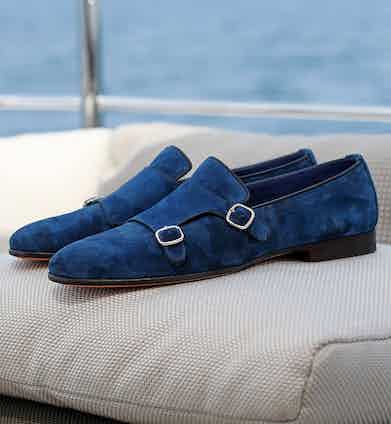 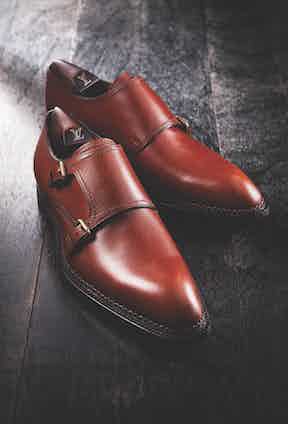 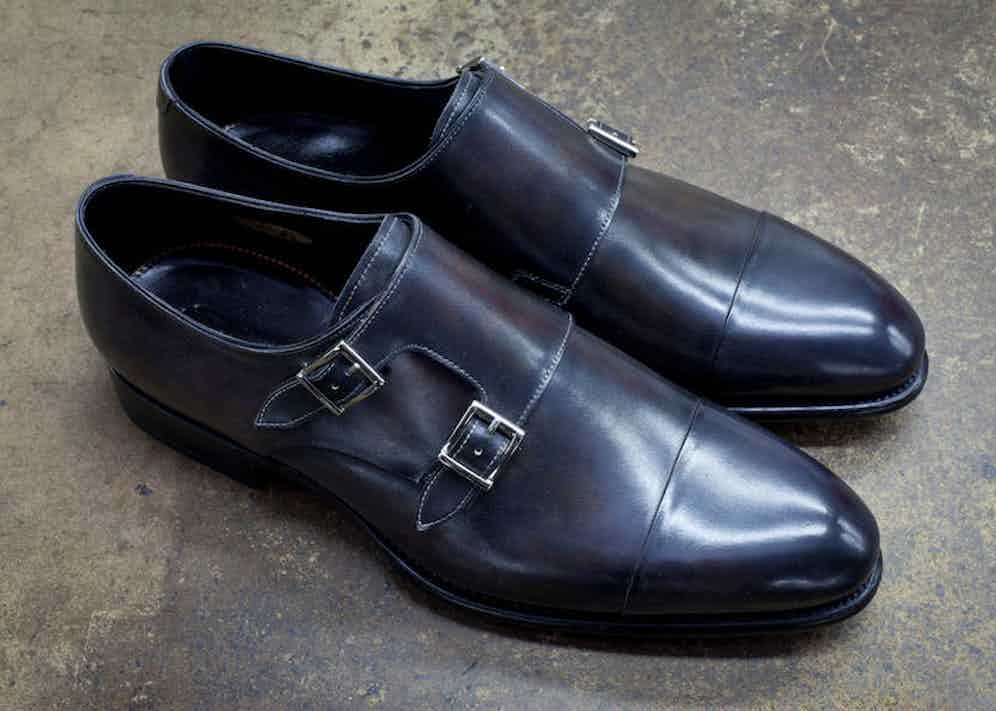