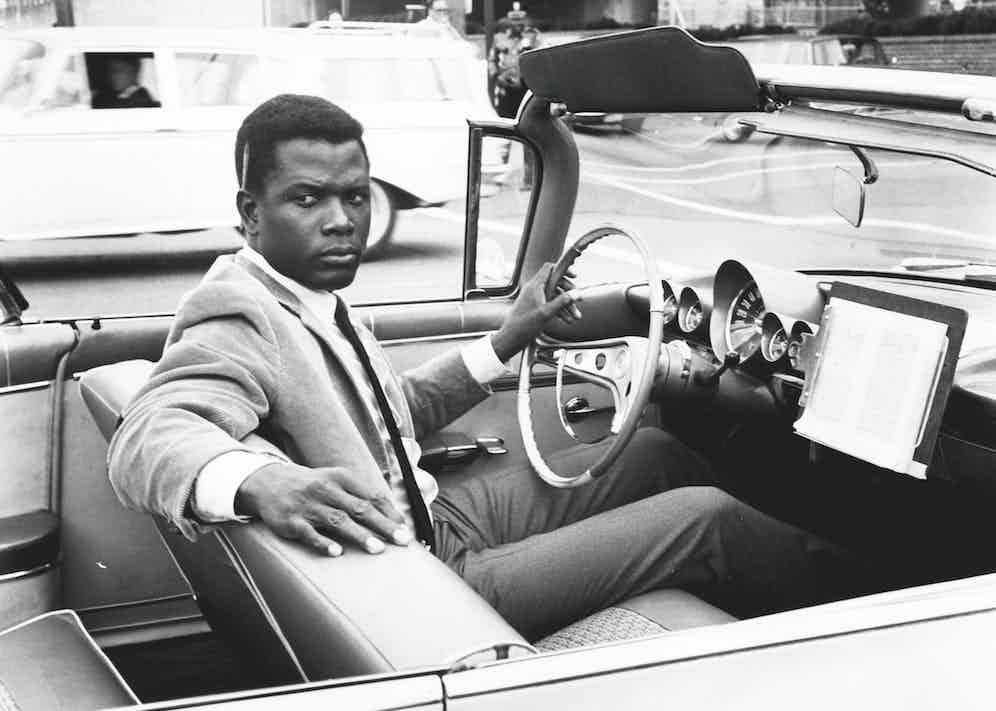 Sidney Poitier in The Slender Thread, 1965

The most important American film of 2017, and the worthiest successor to Moonlight’s best picture Oscar, is Get Out, a psychological horror-satire about a white woman who brings her black boyfriend home to meet her parents. It is a masterpiece: immaculately paced, queasily perceptive to the hypocrisies of white elites, a rise-through-the-octaves howl against semi-camouflaged prejudice.

The plot could also be read as a Trump-era riff on Guess Who’s Coming To Dinner, a landmark film released 50 years before it with a similarly symbolic representation of the generation above. If Get Out cleverly cast actors with progressive associations (indie darling Catherine Keener and The West Wing’s Bradley Whitford), Guess Who’s Coming To Dinner chose holy cows Katharine Hepburn and Spencer Tracy as emblems of a Hollywood establishment charmed by the courtesy, intelligence and restraint of the leading black actor of the time. That actor, of course, was Sidney Poitier.

Since he was born two months premature, at only three pounds, in February 1927, Poitier was a stoical early starter. The youngest of eight children, he grew up between the Bahamas and Miami, where his farmer parents sold tomatoes. At 13, he was punched by a cyclist and always vowed to track him down. At 16, Poitier moved to New York, where he worked as a dishwasher and lied about his age to get into he army, but soon faked insanity to be discharged. Having taught himself to read, he won a place at the American Negro Theatre. Tone deaf, he focused on his elocution and modulated his Bahamian accent to a slow, crisp delivery based on newsreaders. 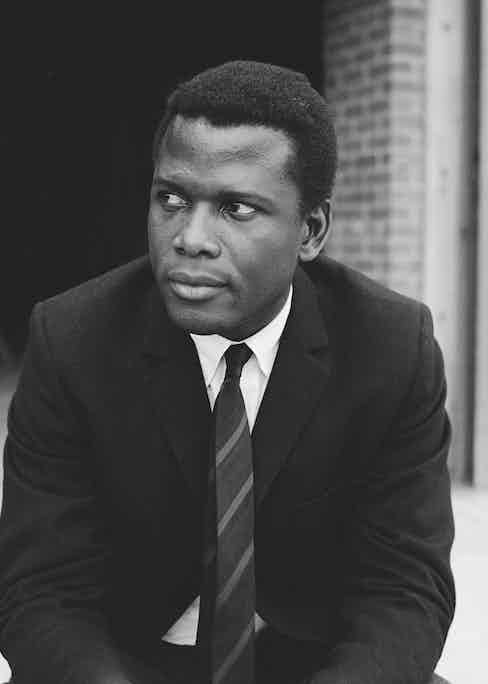 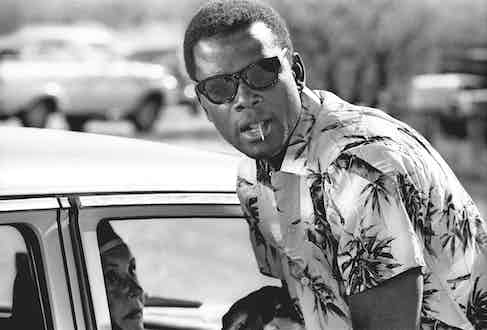 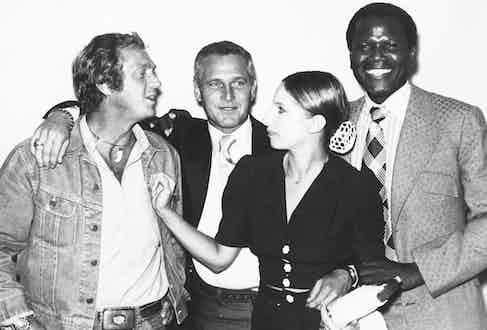 A couple of prominent theatre roles caught the eye of Joseph L. Mankiewicz, the venerable director of All About Eve and Guys and Dolls. Mankiewicz gave Poitier his first notable screen role, as a tolerant doctor who tends to a racist thug in No Way Out (1950), a film that climaxes with the line, “Don’t cry, white boy. You’re gonna live.” In Blackboard Jungle (1955), the best of Poitier’s early films, he played a rebellious pupil who defends the liberal teacher in a knife-fight against a violent pupil, an unusually gritty scene and an omen of his own teacher role to come.

A figure of charismatic reassurance, Poitier pioneered the on-screen interracial friendship. In Edge of the City (1957), he befriends John Cassavetes’s drifter. He saves the life of Tony Curtis, the racist prisoner to whom he is chained, in Stanley Kramer’s The Defiant Ones, a role for which he won a BAFTA and a Berlin Silver Bear. In his most stylish film, the nouvelle vague-infused, Duke Ellington-scored Paris Blues (1961), Poitier double-dates with Paul Newman and plays jazz with Louis Armstrong.

Poitier lamented that, when he started out, the roles for black actors were “always negative, buffoons, clowns, shuffling butlers, really misfits. This was the background when I came along 20 years ago and I chose not to be a party to the stereotyping… I have four children… They go to the movies all the time but they rarely see themselves reflected there.”

Close to his heart was his role as the morally conflicted limousine driver Walter in Lorraine Hansberry’s A Raisin in the Sun (1961). He really didn’t want to do Porgy and Bess (1959), a film whose characters perpetuated the stereotypes he deplored, but he worried his refusal might jeopardise his role in The Defiant Ones. To appease the studio, he reluctantly agreed to take the part, a justifiable compromise given the progress to come.

His handyman-hero Homer builds a chapel for five nuns in Lilies of the Field (1963), a film that seems a little twee now, but for which Poitier became the first black winner of the Oscar for best actor, beating Rex Harrison, Richard Harris, Albert Finney and Paul Newman. Collecting his award from a delighted Anne Bancroft, he graciously stated his debt to “countless numbers of people”. Cut from a similar well-meaning, if over-literal, cloth was A Patch of Blue (1965), in which a blind woman falls in love with Poitier, unaware he’s black, despite the outrage of her mother. 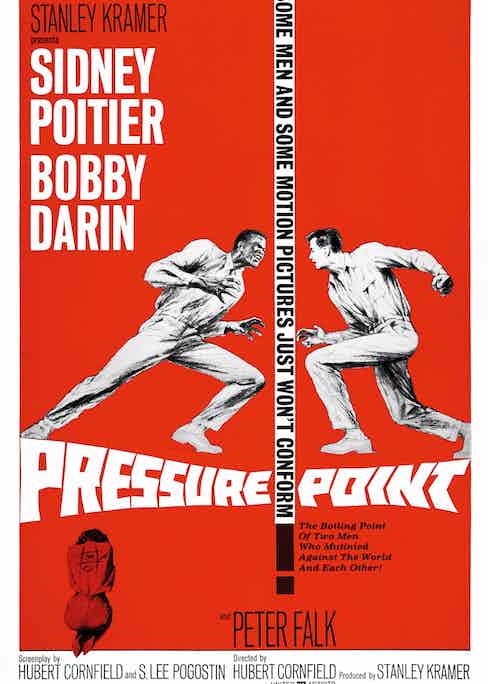 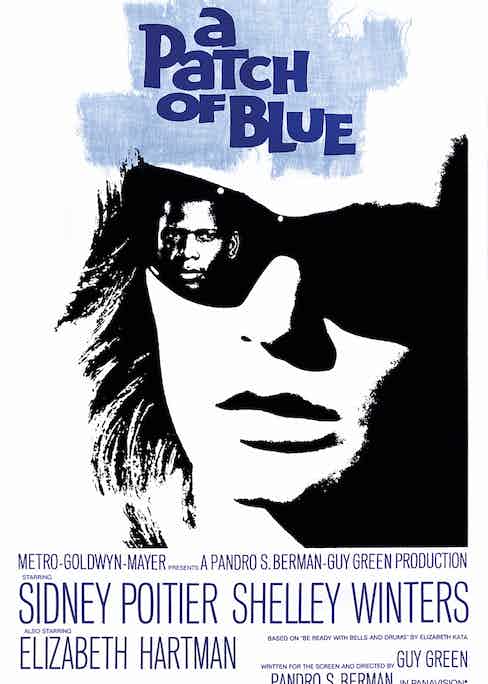 1967 was a monumental year for American cinema in general, and Poitier in particular. Against the anti-heroic upheavals of Bonnie and Clyde and The Graduate, Poitier appeared in three of the highest-grossing films of the year, each rather different. To Sir,with Love was an inspirational-teacher novel, very English and very sixties, St.Trinian’s meets Dead Poets Society, saucy and jokey one minute, moral and melancholy the next. In his farewell scene, after Lulu has sung the title track that went straight to No.1, Poitier’s teacher, Mr. Thackeray, creates an unexpectedly arresting use of silence, a trademark of his. As Poitier once told Oprah Winfrey, “I learned to hear silence”.

Guess Who’s Coming To Dinnerwas a tasteful play for today, in which Spencer Tracy’s starchy patriarch softens and gives a famous monologue about love, which made his real-life wife, Hepburn, cry because she knew he was dying at the time. Criticised since for its neatness and idealism, it is a film more important for its existence in the mainstream than as a complicated work of avant-garde artistry.

In the Heat of the Night gives Poitier an even tougher time. Scored by Quincy Jones and edited by Harold and Maude director Hal Ashby, its steamy, seamy palate links the social-realism of the fifties to the seventies kineticism of Sidney Lumet. Poitier plays Virgil Tibbs, a detective partnered with Rod Steiger’s bigoted police chief. Two iconic moments still reverberate. When Steiger slaps Poitier, Poitier slaps back (a vicarious riposte to the boy on the bicycle from Poitier’s youth). Then, after Steiger asks him what they call him where he’s from, Poitier baritones: “They call me Mister Tibbs!”

At the time and since, the latter two films have been dismissed in certain quarters for their sense of white liberal self-congratulation. But they were still first-time breakthroughs, unprecedented depictions of certain acts and attitudes in mainstream film, in a year when the U.S. Supreme Court had only just ruled that anti-miscegenation laws were unconstitutional.

Teacher, doctor, policeman, Poitier himself was accused of being an Uncle Tom. The contemporary black film critic Donald Bogle said that his characters “spoke proper English, dressed conservatively” and were “non-funky, almost sexless and sterile… The perfect dream for white liberals anxious to have a coloured man in for lunch or dinner.” Admittedly, the films had none of the verve or swagger of, say, Richard Roundtree’s Shaft (1971). But as Poitier said: “I’m the only Negro actor who works with any degree of regularity. Wait till there are six of us, then one of us can play villains all the time.” 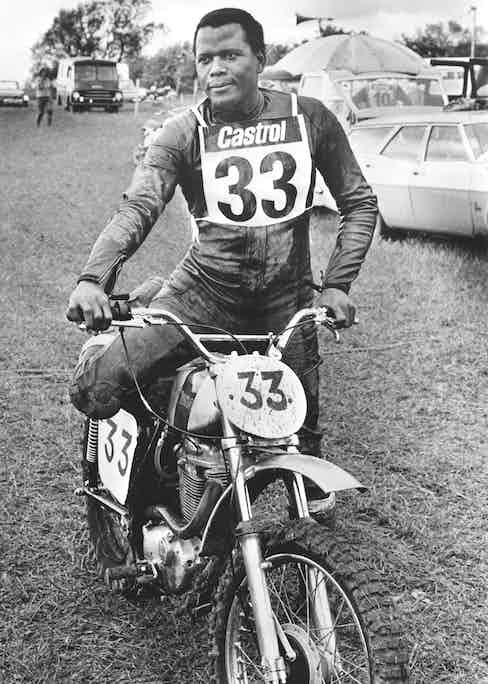 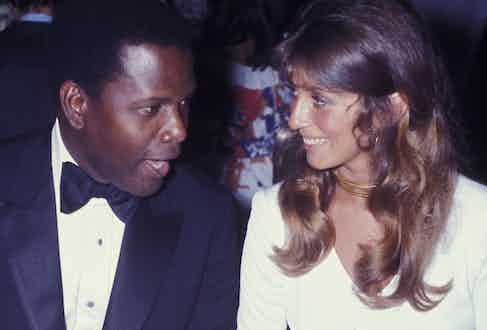 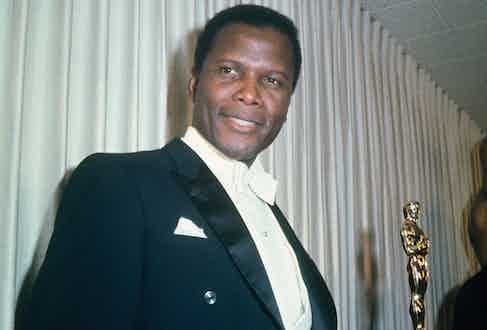 Poitier was bruised by the criticism. “A shift in the tide had taken place, so I bought a boat and a lot of books and just went down to the Caribbean and cooled it for about a year,” he said. He read a lot of James Baldwin and Plato. When he returned to films, he focused on directing, mostly breezy capers like Buck and the Preacher (1972), in which he starred with Harry Belafonte. But, as ever, Poitier smuggled in a populist radicalism that broke records: his Gene Wilder and Richard Pryor comedy Stir Crazy (1980), for example, was the first movie by a black director to make more than $100 million at the box office (in another echo, Get Out’s writer-director Jordan Peele became the first black writer-director to have a $100 million debut).

Poitier still had a couple of hefty roles left. At the age of 70 he starred in The Jackal opposite Bruce Willis and, quite rightly, played Mandela to Michael Caine’s de Klerk.

Beyond the screen, he was knighted in 1974 and used his diplomacy skills as the Bahamas’ ambassador to Japan. He was considered for the role of President Bartlett in The West Wing, a glorious escapist fantasy to rhyme with his own sixties prime. Married twice, he has four children and eight grandchildren. In a story that inspired a Will Smith film, con artist David Hampton inveigled his way into New York high-society by claiming to be his son. Everyone wants a piece of him.

In 2002, Denzel Washington presented Poitier with the Honorary Oscar for lifetime achievement, fittingly the same year Washington won for best actor and Halle Berry for best actress. In his speech, Washington praised the way Poitier re-centred black characters on screen: “You couldn’t cut Sidney Poitier out of a Sidney Poitier film.” Gracious as ever, Poitier shared the award with his directors. Still going strong at 90, in 2016 he won the BAFTA Fellowship.

Poitier has a peaceful authority, perhaps more Martin Luther King than Malcolm X. His films may seem a bit old fashioned now. But in this overdue age of male introspection, and in light of Bill Cosby and O.J. Simpson, now-disgraced figures originally appropriated by white liberals, his uncomplicated heroism reassures more than ever. Incorruptible even when he’s physically chained to people who hate him, he’s become an almost mythological figure. Stan Lee modelled the look of the Black Panther on him; HBO named their Dr Dre documentary after The Defiant Ones. His patience, decency, gravitas and clarity have paved the way for so many, from Morgan Freeman to Chiwetel Ejiofor, Oprah to Barack Obama. To end with a subtly potent piece of advice from Poitier’s memoir, The Measure of A Man, a prescient reflection on masculine self-improvement: “You don’t have to become something you’re not to become better than you were.”

This article originally appeared in Issue 56 of The Rake.