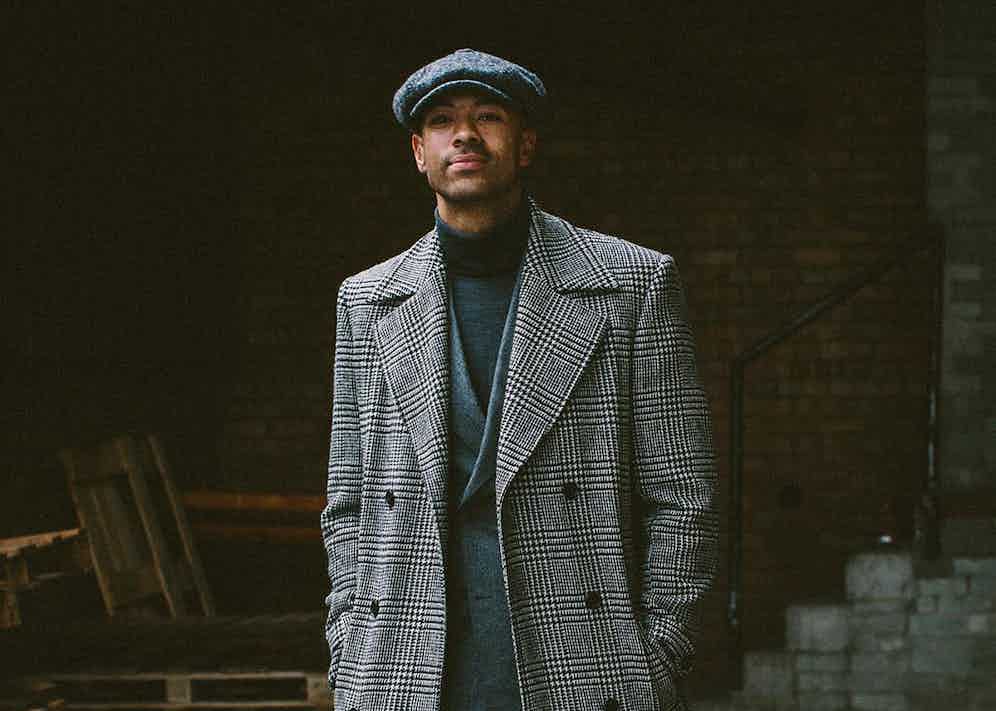 Jonathan Edwards is the founder of milanstyle.com and a charming, omni-present figure around sartorial menswear circles. He's always one of the most photographed men at Pitti Uomo for his elegant and sophisticated take of classical menswear, while also being one of the most humble guys you could ever have the pleasure of talking to. A veritable encyclopedia of sartorial wisdom, here's Joanthan's favourite pieces from The Rake's current AW collection...

I’ve been a big fan of De Petrillo since I first saw the products in person and also through knowing some of the team there. Their products are made in Naples and with very handsome traditionally inspired fabrics, often exclusive to them.Some say blazers with brass / gold buttons are old-fashioned, possibly true, but I’d wear this with a white button down shirt, no tie, and some old Levis 501s finished with some tassel loafers and I think it would look superb for business meetings where maybe the full suit ofarmourfeels too much.

OnInstagram, I’d call their burgundy cotton-velvet dinner jacket a “no caption necessary” piece. Everyone’s looking for pieces that they can integrate in different ways across their wardrobe these days, rightly so, and I see this as being one of those. It could work as a black-tie jacket with bow tie and all of the festive trimmings, but also just with a simple blackrollneckunderneath and maybe charcoal trousers.

I have a bespoke version of these same Hollywood top trousers made by Edward Sexton and they have done a wonderful job of patterning them for RTW. With a plain merino wool jumper of your choice tucked underneath: job done.

Often as aficionados we can over-analysemenswearwhen we start out- discussions about ‘style’, ‘trend’, ‘fashion’ - then, through time, you learn to focus on simply: ‘what looks good’. I love a good plain navy jumper, with grey trousers and white shirt underneath. I made a joke onInstagramthat this is basically my old primary school uniform and I’m still wearing it all these years later - and I think that sentiment will resonate with anyone who is British. But the school policy makers had the right idea - when it fits properly, everyone looks great in it.It’s egalitarian.And just like then, you don’t have to think about it.

A lighter coloured jumper is fantastic for tonal dressing. This Inis Meain one with white jeans and mushroomcolouredsuede footwear underneath and you’ve stepped into a Brunello Cucinelli look book andthat can only be a good thing.

I’ve seen a few friends of mine in the industry wear these 'Aleks' trousers by Kit Blake. ChrisModoohas done a fantastic job creating an affordable RTW sartorially minded trouser with all of the classically English detailing you’d expect from bespoke. Not everything need be bespoke to qualify as properly ’sartorial’ and these are the living proof of that.

You could be blindfolded and pick any Private White V.C piece laid out in front of you and be confident you’d be dressed smartly with your resultant choice. That’s rare for a menswear brand today in all honesty. James Eden and his team are flying the flag for Made In Britain and it’s very fairly priced. The word ‘authentic’ is often ruthlessly misappropriated in the fashion industry, buthaving visited the factory several times, I know that this companyis absolutelythe real deal. This coat is one of those fabled ‘hero pieces’, where again, simple jumper and jeans underneath during winter’s dark days and you feel good.

I love collarless shirts, or granddad shirts as I always refer to them. It’s that ode to another era that they invoke, without going fullcos-play.Andaand Audie have wonderful taste in classical menswear.

I’m kind of addicted toBarbanerashoes. I have four pairs now, including these most recently, and it’s weird, as compared to othergentsI knowand followin the industry, I am not really a ‘shoe guy’ - I’d struggle to explain what Goodyear weltvsBlake stitching meant for example - but there’s something about this brand’s footwear - the proportions, and day I say it, the silhouette, that just makes me get that credit card out.

Double denim is one of myfavouritestyles to wear. Generally, I believe if the denims are variants of the same blue, (one lighter, one darker) it looks fantastic. So I’d wear this with lightercolouredjeans.

Maciej Zarembais averygood friend and has been one of my tailors for a number of years now. I have this particular jacket in the green version, but the navy blue version allows for it to transition to an ‘also-evening’ piecedue to it’s smartness.