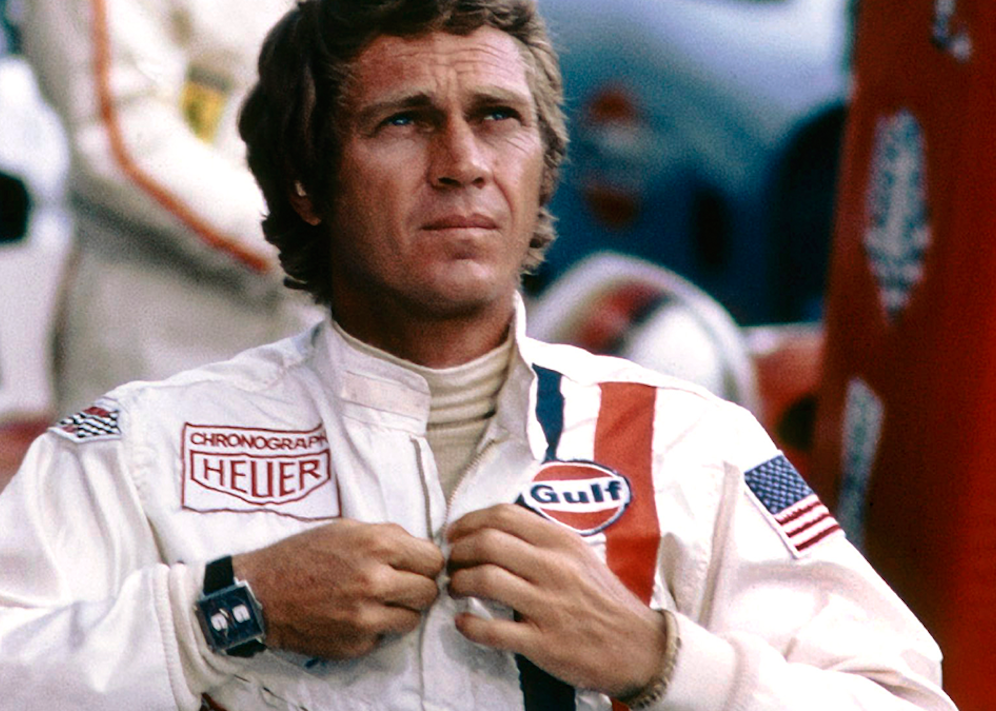 The worlds of watches and motorsports have often overlapped, whether it is on the wrists of daredevil F1 drivers, swerving at blistering pace through Silverstone, or the classic utility timepieces that accompany us on our Sunday drive in the Range Rover. They are as synonymous to classic motorsport as racing gloves; a chic piece of kit whose celebrity associations have become the stuff of legends. Sure, your dashboard and phone timer will do a fine job of explaining your lap time, but if you were ever going to do it in style, you would do well to have one of these on your wrist too. 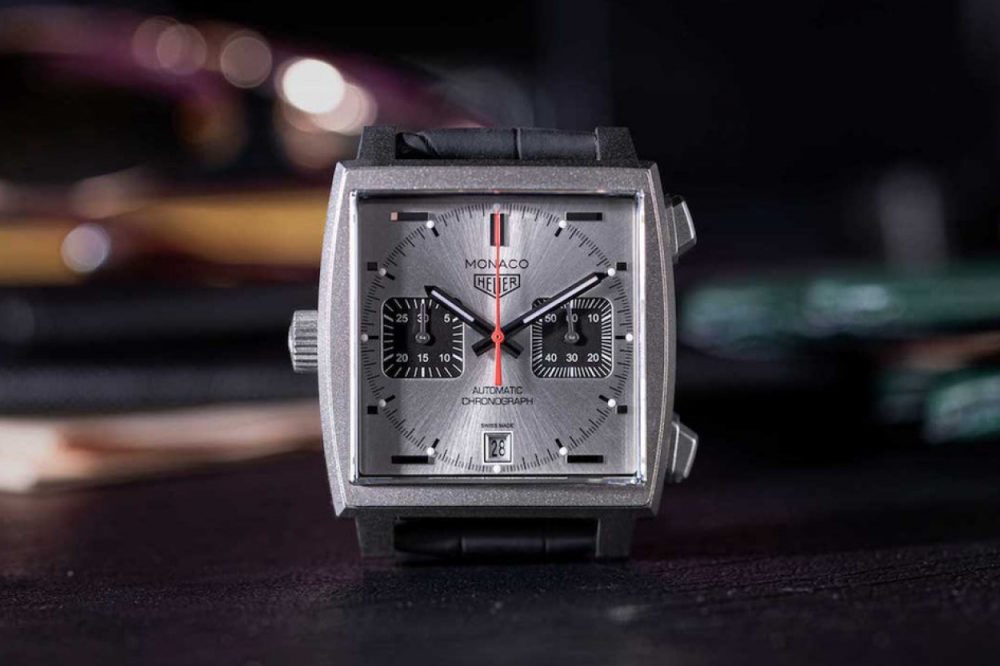 One gets the impression that Steve McQueen was a racing driver with an acting problem. Photographs of him off-duty in a Jaguar or on a Triumph were as prominent as those from his films, and his efforts to merge both worlds finally happened in 1971’s Le Mans. It was a passion project for McQueen, and the cameras turned to the actor for an iconic shot of him in a white Nomex racing suit with a Chronograph Heuer patch on the right shoulder. On his wrist? The Heuer Monaco, of course. Since then, the masculine square-shaped watch has become synonymous with McQueen, and sought after by fans who want to emulate his timeless sense of style. 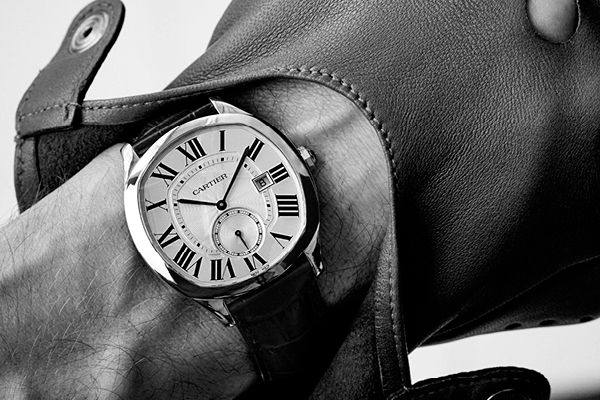 Although Cartier has a reputation as the dress watch, they also have strong racing pedigree. The Roadster model’s sleek metallic curves were inspired by cars from the 40s and 50s. But their Drive de Cartier watch is the more powerful, charismatic timepiece, with a stout shape and a guilloche dial that references a car’s radiator grille. Because it is a Cartier, the Drive would look as fitting with a tuxedo as with a racing suit—perhaps the ideal companion for days when you fancy a long leisurely drive, but also need to make an impression sometime later in the evening. 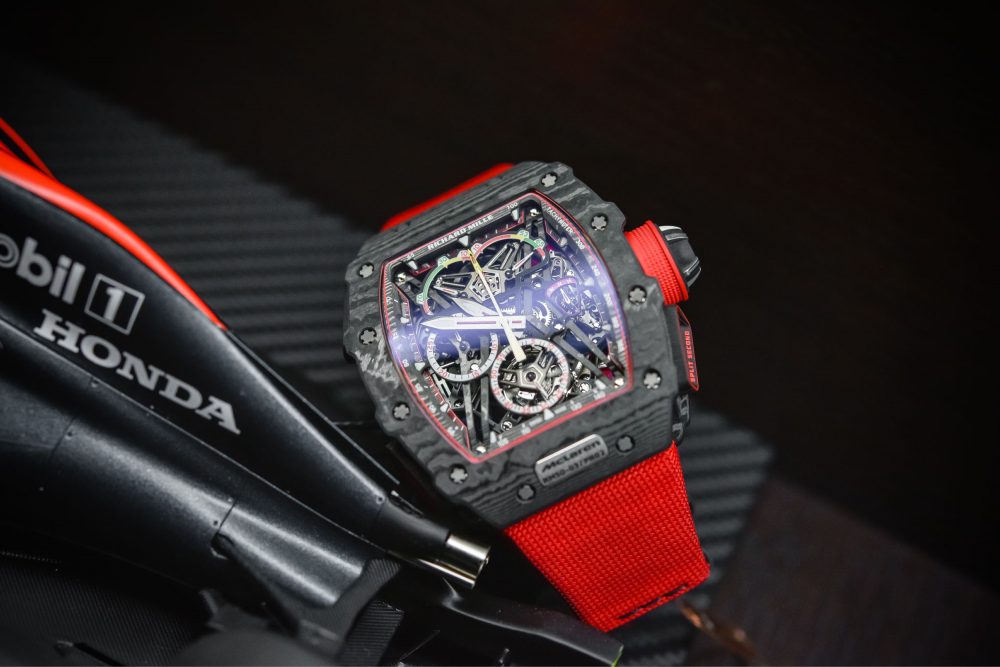 Many athletes choose Richard Mille, but none more so than Formula 1 drivers. From their sponsorship with Charles Leclerc and Daniel Riccardo, to the wrist of the newly retired Kimi Raikkonen, RM has become a part of the tournament’s glamorous culture. Their special McLaren (a Flygraph Chronograph) and Ferrari editions commemorate their relationship to the most prestigious teams in the sport. But Richard Mille isn’t restrained by the ideas of a classic driver’s watch. Their ethos is about being different, bolder, immediately confusing in its naked mechanical genius, and then addictive to stare at on the wrist—even if you are unable to find space for one of the F1 cars in your garage. 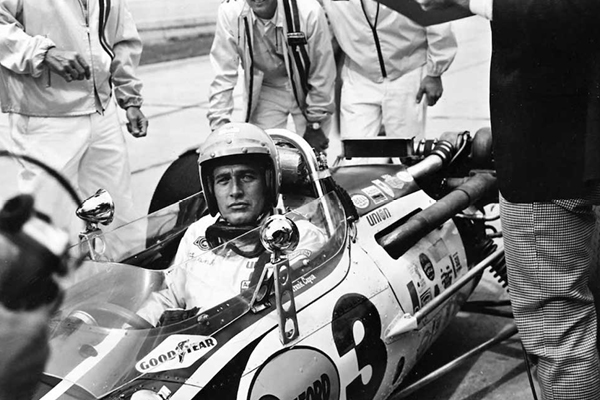 Such is the mythical association between Paul Newman and the Rolex Daytona, that his very own sold for $17.7 million at auction. Indeed, the watch goes by the nickname ‘Paul Newman Daytona’ now—a feat that even Steve McQueen couldn’t achieve with his Monaco. The film titan used it to measure elapsed times and calculate average speeds on the set of driving movie ‘Winning’. Not every Daytona is a ‘Paul Newman’, and it is said that only 2000 to 3000 were ever made with the panda-coloured ‘Exotic’ variant that characterises them. Exotic edition or not, the Daytona is driving watch royalty, and remains impressive to look at behind a steering wheel...if you can get hold of one. And if not, Sir Jackie Stuart always fancied himself a Date Just instead. 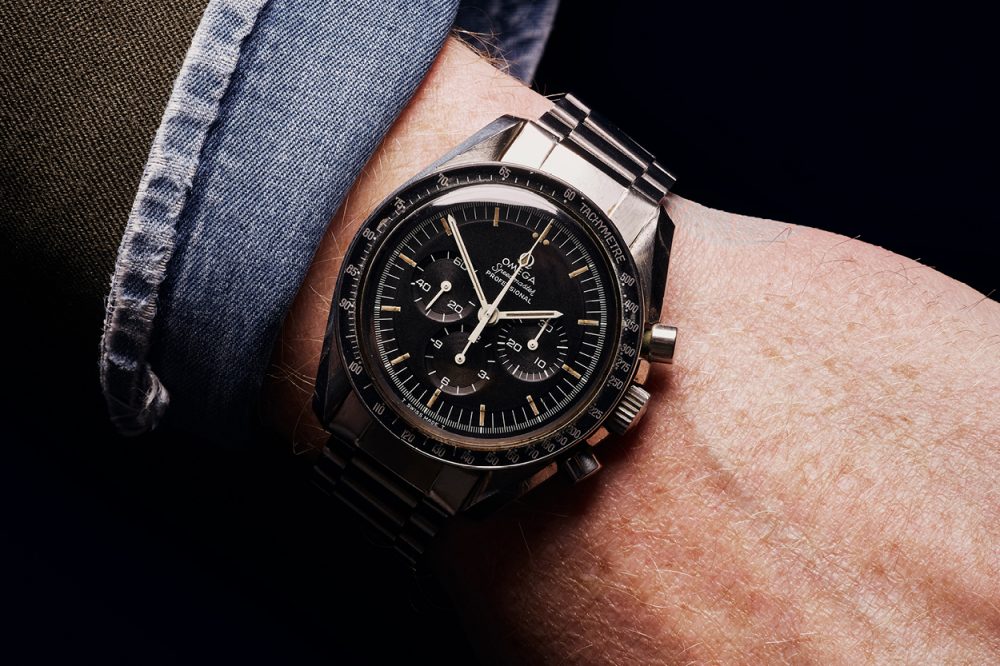 The Rake x Watches of Knightsbridge

You’re probably very aware that it took a trip to the moon, but the Speedmaster’s original purpose was to assist racing drivers. Michael Schumacher was one of the model’s key representatives in the 2000s, and the specialist ‘racing’ editions, with their slightly smaller case (although a more typical 42mm was released in 2003, with the exclusive Calibre 3301 movement) have become increasingly collectible. Whichever iteration of the Speedmaster you choose, the classic bezel, with its tools to measure speed and time, are as present today as they were on its 1957 release. The black-and-white make it very legible on the road, and at the very least, you’ll be able to partake in #SpeedyTuesdays. Which is a bonus in itself.