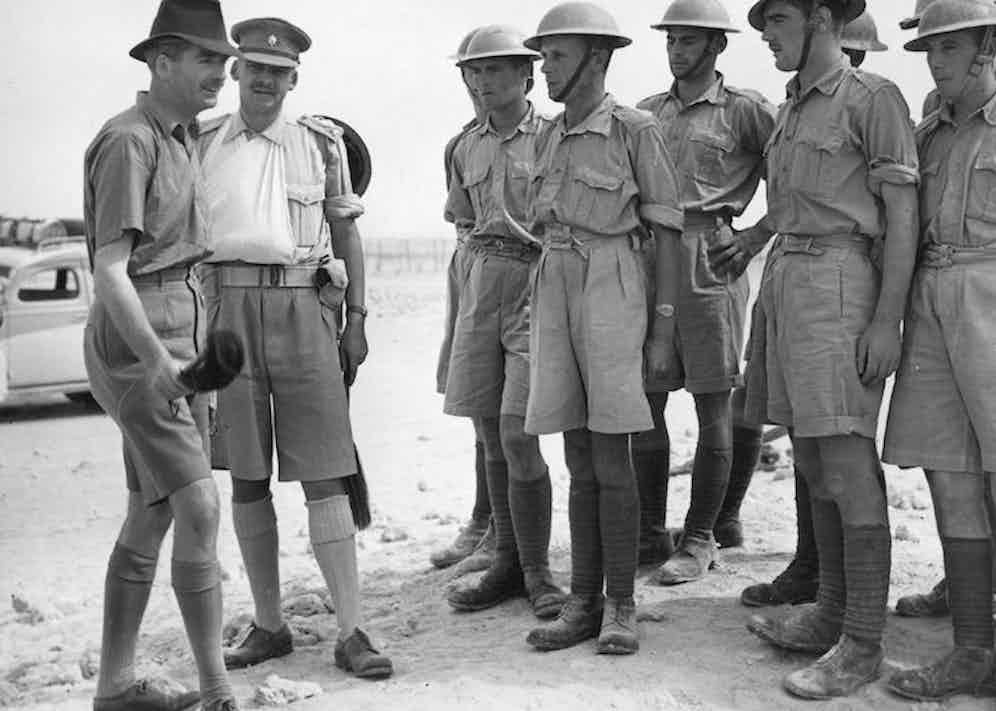 When delving into the origins of classical menswear, practically everything you single out will have its roots in military dress. A slew of stalwart garments have been forged in the crucible of battle. The Napoleonic Wars of 1803 to 1815, despite its purpose of stopping the advances of the First French Empire, was an exhibition of refined military attire. Monarchs of all four European superpowers were obsessed with how their soldiers dressed. However, as the Battle of Waterloo was in its pomp, the British Military in the form of the East India Company was occupied in a very different conflict – a less sophisticated battle, that became the bedrock for the popularization of the Gurkha pant – a recently revived design in ready-to-wear, thanks to Rubinacci’s creative and ingenious interpretation of the military style.

The Gurkha trouser takes its name from Nepal’s elite soldiers and the Gurkhas themselves in turn derive their name from the Nepalese kingdom of Ghorka. It was at the Gorkha military fort of Nalapani in 1914, that British forces first came into conflict with the Gurkhas. Despite the British far exceeding their opposition in terms of numbers and resources, they were shocked at their resistance. Fused by bravery, intricate knowledge of the terrain and superior stamina borne out of living most of their lives at high altitude, the Gurkhas held out at Nalapani. Undeterred by complete exhaustion of food, water and ammunition, they chose not to surrender, instead fighting their way out of the surrounded fort and escaping to the hills. 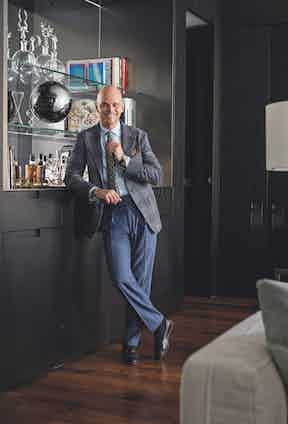 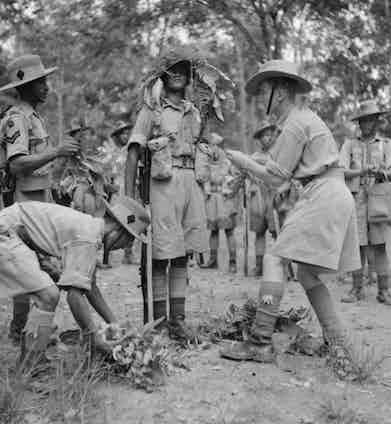 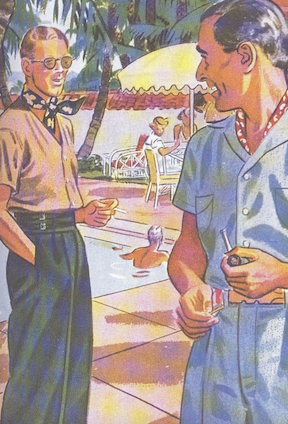 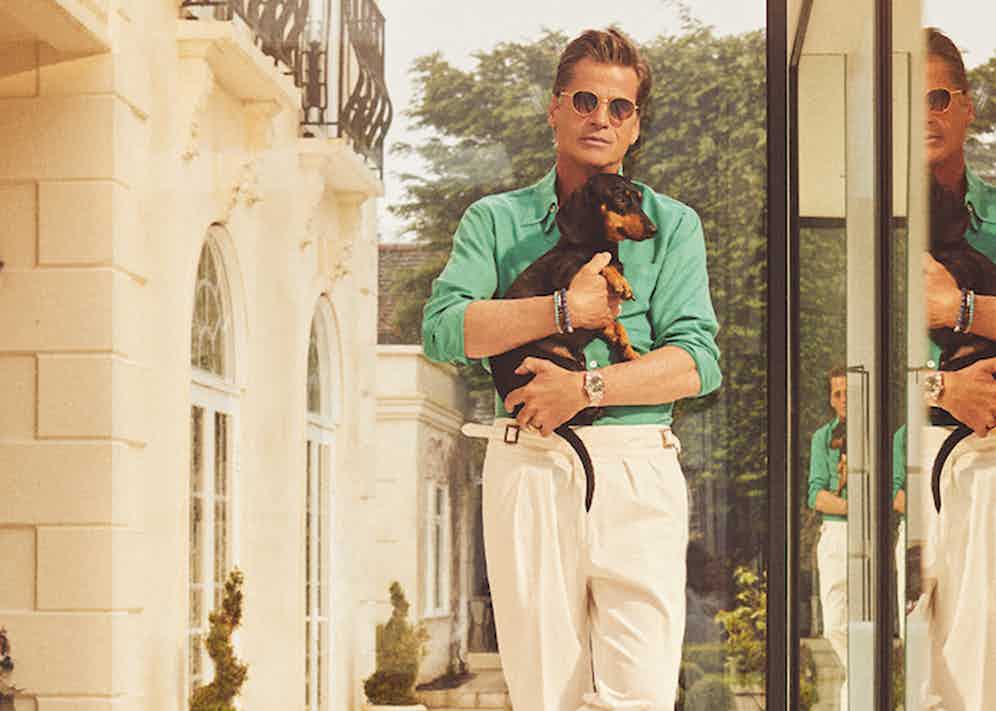 The British eventually overwhelmed the Gurkhas through sheer numbers, and the Nepalese were forced to settle for peace with them at the end of the war. However, the British were so inspired by their combat prowess that they created the highly unusual Treaty of Sugauli. Ratified on 4th March 1816, it permitted the British Army to recruit Gurkhas into their military affairs. The modern Gurkha recruitment programme is known for being one of the world’s most brutal, famously including a 5km uphill run which has to be completed with 25kg of sandbags strapped to the recruit’s head. Borne out of this alliance, the Gurkha pant has been rooted in British military tradition for over 200 years. 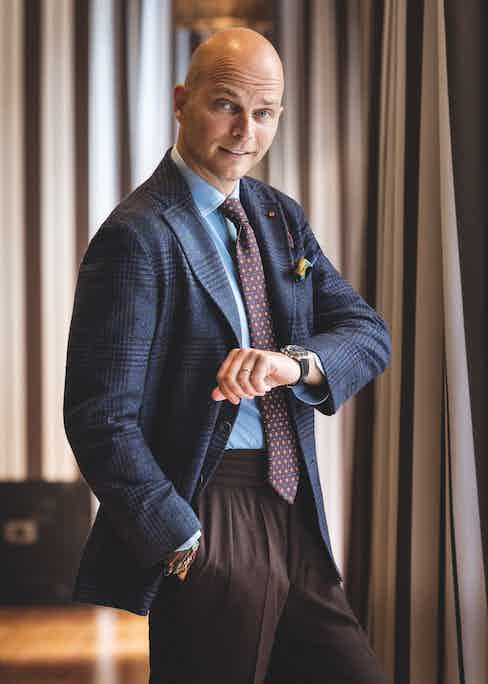 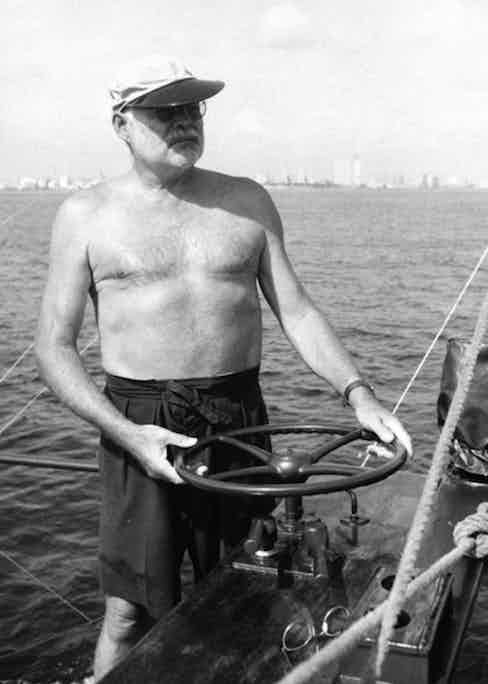 Today though, its adventurous spirit lives on through some of the most reputable brands in menswear, notably, Rubinacci, who head up this select band with their Manny trouser. Technical, sartorial, and practical, the resurgence of the Gurkha trouser, never seems to wane. It is largely thanks to Rubinacci who consistently produce innovative and attractive new versions. Gurkha trouser devotees usually have to wait twice a year for new renditions, but with the impending launch of the exclusive Luca Rubinacci for The Rake collection, one has a unique opportunity to add more Luca-designed Manny and Genny trousers to their wardrobe. 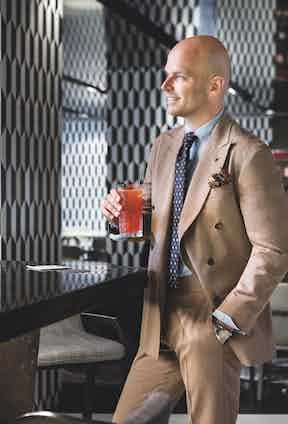 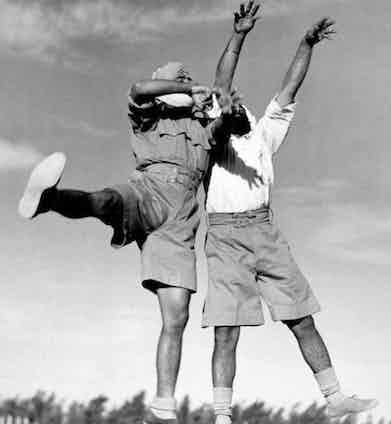 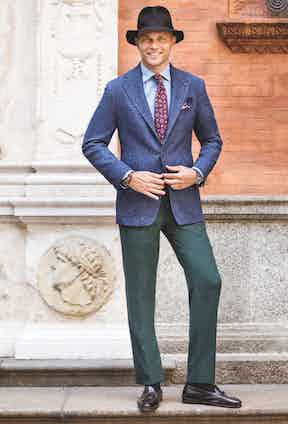 The Manny trouser comprises many of the traditional trimmings you expect with classic-cut trousers made by the most skilled artisans. Double-pleated, and strap side adjusters replicate the aforementioned classic details, but it is the Gurkha waistband which is the point of difference. One of the main virtues of this waistband is that it really accentuates the physical attributes of a man’s waist, compared to other low-rise trousers with belt loops. The distinctions of the Genny trouser are that it is made without pleats, and is cut for a slimmer profile. Both styles feature prominently in the collection, and can be bought as part of a suit or as separates.