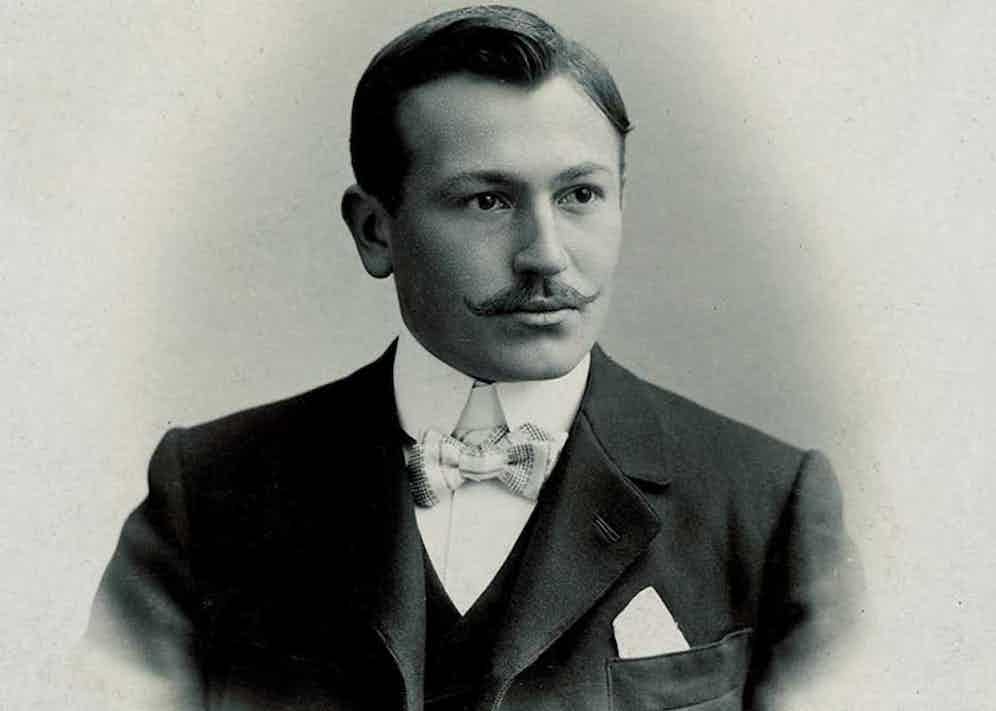 One can imagine Hans Wilsdorf arriving at this logical solution: Why not use Rolex cases, crowns and bracelets and combine them with the best outsourced movements in the Swiss watch industry? Since these movements were his own vision, and distinct from the Rolex movements, Wilsdorf could not call these watches Rolexes. So, he decided instead to create a new brand named ‘Tudor’.

To this day, Tudor has remained a brand for watches featuring all of Rolex’s iconic waterproof technology, in combination with some of the best-made, dependable movements in the industry. Over the years, because of their lower price, Tudor Submariners have become some of the most frequently adopted timepieces by armed forces around the world — in particular by France’s Marine Nationale — and there is documented evidence showing that the Argentine police have regularly issued Tudor Subs to their personnel.

One great advantage of their lower price point is this: While Rolex remained somewhat conservative in styling, and has been slow to evolve, the more youth-oriented Tudor has always been home to tremendous design innovation. From the famous ‘Home Plate’ chronographs to the iconic ‘Snowflake’ Submariners, Tudor has never been afraid to push watch designs forward, and in so doing has achieved some of the most memorable timepieces in history. 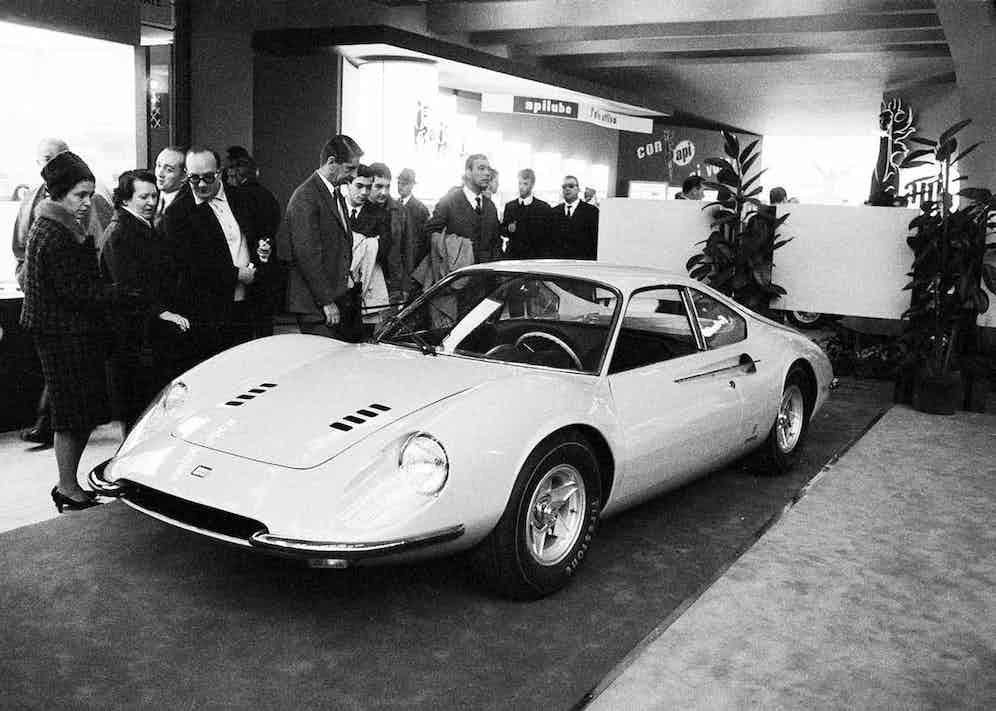 From 1954 to 1978, Tudor created some of the world’s most collectible diving watches. The first Tudor Submariner was the ref. 7922, which in terms of case and dial iconography was very similar to the Rolex ref. 6538 of that era. And, like the ref. 6538, it boasted a herculean 8mm crown. These watches exist with both 100-metre as well as 200-metre depth ratings. In the late ’50s, the ref. 7922 was also released in a version with a smaller 6mm crown, similar to that found on Rolex’s ref. 5508 Submariner. The caliber 390 automatic movement used for the ref. 7922 was manufactured for Tudor by a company named Fabrique d’Ébauches de Fleurier.

The model ref. 7923 is interesting, as it is the only manual-winding Submariner ever produced either by Rolex or Tudor. Its basic iconography closely resembles that of the smaller-crown ref. 7922 watches. The Tudor Submariner ref. 7924 is a subtle evolution of the ref. 7922, and was offered in a thicker case with a large crown, as well as a thinner case with small-crown configurations.

The second famous Tudor, the ref. 7928 Submariner, emerged around 1960 and was produced until 1968. It was distinguished by crown guards similar to those found on the Rolex ref. 5512/5513 watches. Early models boasted both square and pointed crown guards, as well as gilt dials, and are breathtakingly beautiful. The earliest of the ref. 7928 pieces feature a unique combination of gilt chapter ring, gilt writing and square crown guards — they’re among the most collectible Tudor Submariners of all time. 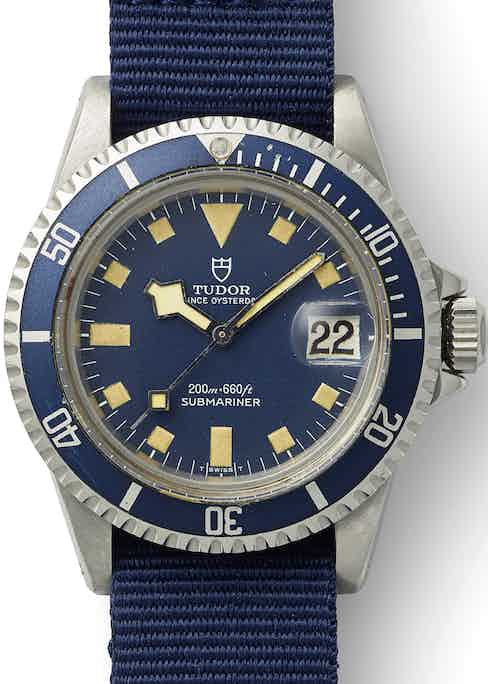 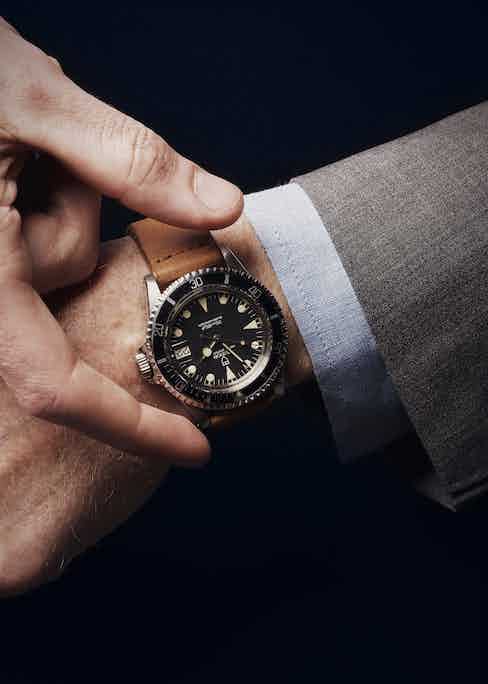 In 1968, Tudor created what is probably its most famous diving watch, the ref. 7016 Submariner with unique square markers and ‘Snowflake’ hands powered by reliable ETA 2483 movements. A second version, the ref. 7021, powered by the ETA 2484 — which was distinguished by a date feature — was also offered. These watches represented a paradigm shift in Tudor’s design identity as, for the very first time, it moved away from traditional Rolex iconography completely. It should be noted, however, that the vast majority of ref. 7016/7021 watches suffer some amount of dial discolouration over the years.

This was resolved in 1975 with the introduction of the Tudor ref. 9401 and ref. 9411 models, which looked very similar to the previous incarnation of the Snowflake Submariner, only now with much more stable dials. Amongst the most collectible of these were the ref. 9401 Marine Nationale watches issued to the French navy, which are distinguished by quartermaster markings on their casebacks. Just to keep things interesting, all varieties of the Snowflake Submariners were available with either blue or black dials. 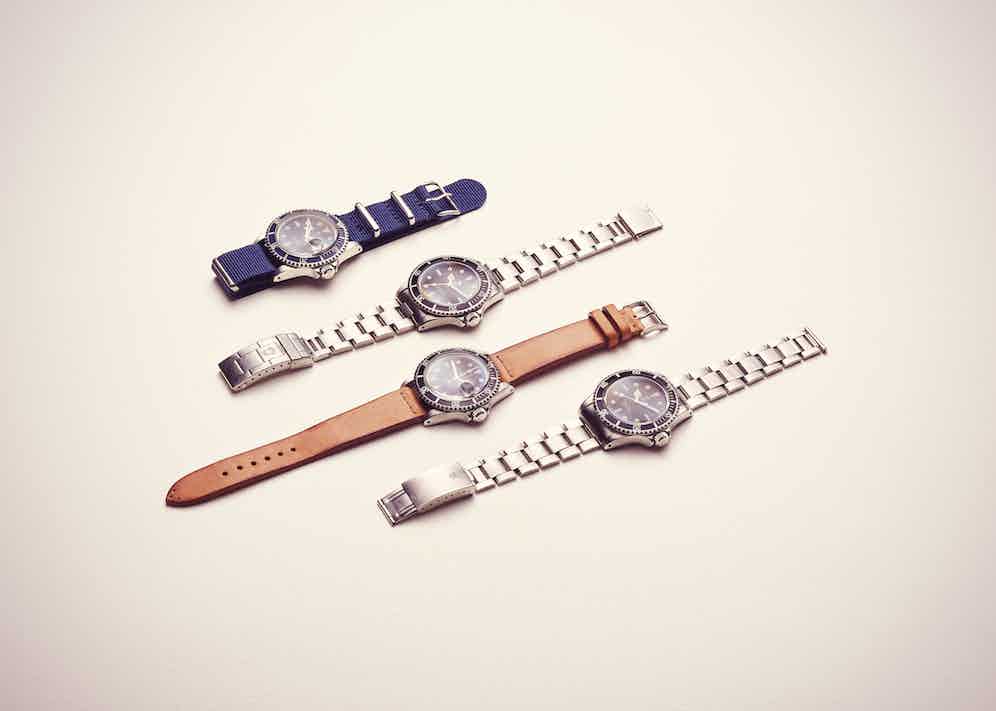 And included in Watches of Knightsbridge vintage timepiece collection is a magnificent Tudor Submariner “Snowflake” from 1981. This stunning example features the more sought-after blue dial and bezel, with the luminous showing a nice even patina. The watch is fitted with a blue NATO style strap.

Featuring the Tudor “Shield” logo on the dial with round “Maxi” luminous markers, the Tudor Submariner no-date from 1994 is a rare timepiece. These Tudor Subs are similar the Rolex 5513 Submariners produced at the same time, but made in far fewer numbers than the Rolex. This excellent example shows a nice patina and is fitted to a period correct Rolex Oyster bracelet.

And to our delight there’s a trio of Tudor Submariners on the Watches of Knightsbridge collection. This version from 1984 is referred to as the “Lollipop” Submariner due to the shape of the hour hand. This stunning example is the rarer Mk1 variant and is fitted with one of our quality leather straps.