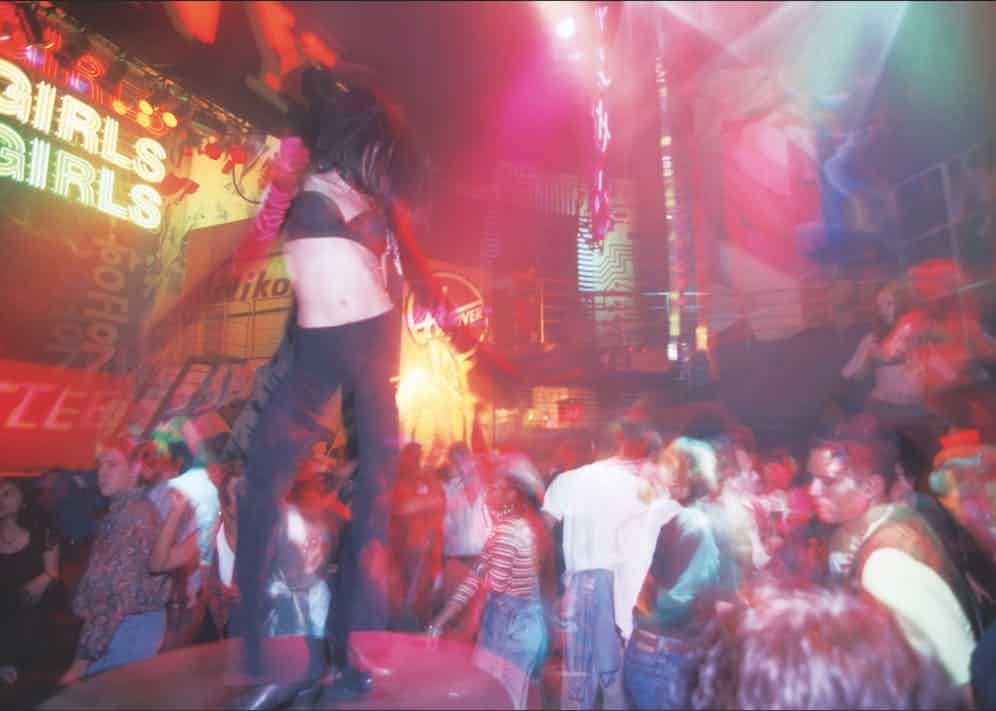 In the late autumn of 1994, a New Yorker magazine article caused a bit of a stir. An icon of eighties Manhattan — the author Jay McInerney — had profiled an icon-in-the-making of nineties Manhattan: Chloë Sevigny, “the It Girl with a street-smart style and a down-low attitude”, as the magazine had it. The author of Bright Lights, Big City accompanied the 19-year-old model-actress-designer-whatever on her downtown peregrinations, hanging with the skater kids in Washington Square Park, showcasing a forties-style brown suit for Martin Margiela in the window of the Charivari boutique, presiding over the avant-garde clothing store/techno emporium Liquid Sky on Lafayette Street, and star-turning at the Tunnel nightclub in the company of her then boyfriend, the filmmaker Harmony Korine. “She’s definitely the girl of the moment,” Walter Cessna, of Paper magazine, told McInerney. “All the kids think she’s the shit, all the store owners think she’s the shit. What’s interesting about Chloë is she spans both scenes, the whole grunge thing and the whole rave thing.” 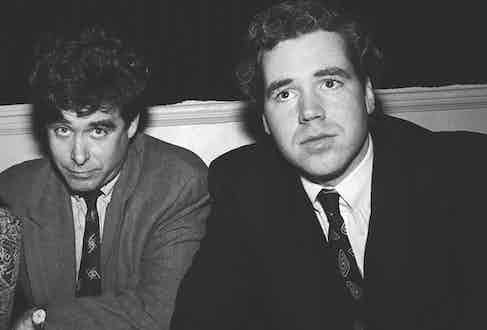 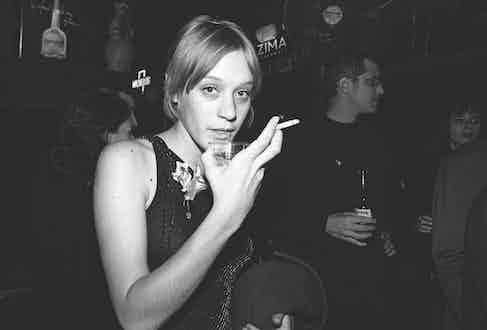 The whole grunge thing and the whole rave thing — right there, you had the two poles around which the nineties New York City social whirl spun. Like Connecticut native Sevigny, both were transplants — grunge from Washington state, personified by Nirvana; rave from the U.K., personified by legions of saucer-eyed kids festooned with glowsticks circling the M25 in search of nirvana — given an emphatic New York twist. For the apotheosis of the former, look no further than Larry Clark’s 1995 film Kids, written by Korine and starring Sevigny alongside a young Rosario Dawson. “It centres on a cabal of broken New York teenagers who spend 24 hours boozing, rolling blunts, fighting and indulging in unsafe, emotionally vacant sex,” wrote The New York Times of the film. “It is Lord of the Flies with skateboards, nitrous oxide and hip-hop.” For the encapsulation of the latter, look no further than the rave parties known as N.A.S.A. (Nocturnal Audio Sensory Awakening), referenced in Kids, where, as Jill Di Donato wrote on Culture Trip, “D.I.Y. fashion replaced designer labels” and a bunch of misfits known collectively as the Club Kids, with names like Angel or Junkie Jonathan, set the pace in their glitter make-up, platform Mary Janes, slave collars, lip plugs and Elmo T-shirts, while, according to Di Donato, “experimenting with sex, drugs and breakbeat”. “The rave scene is a reaction to the elitist, corporate nightclub scene of the eighties,” Liquid Sky owner Mary Frey told McInerney. “They were doing that picking-and-choosing thing, that exclusionary thing. The raves are more democratic.” 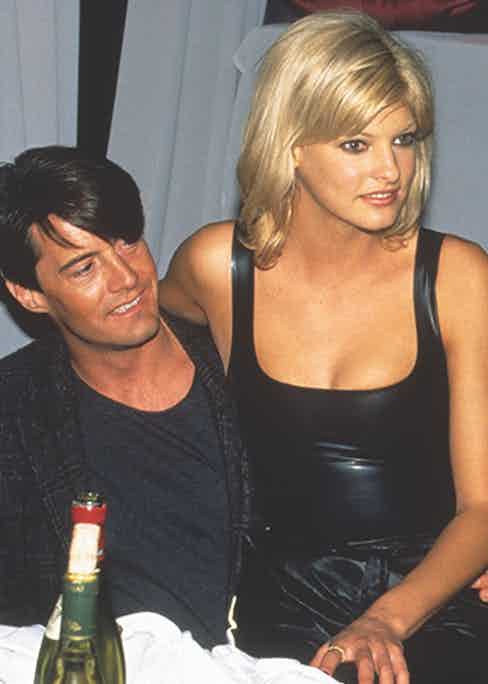 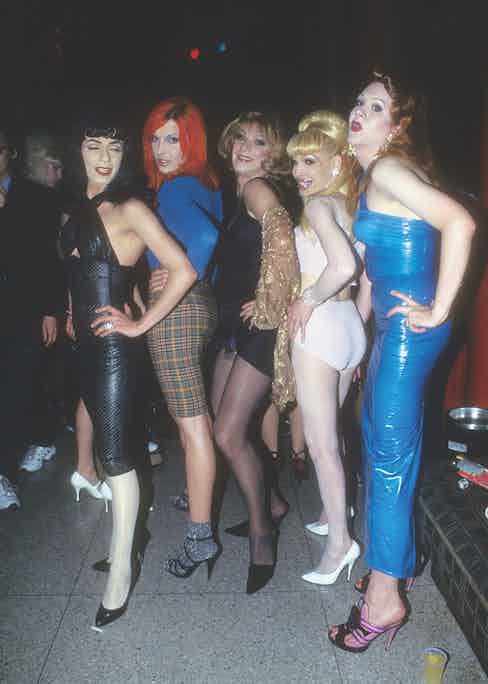 If there was a palpable sense of possibility in the air — fuelled by the presence of Bill Clinton, the first boomer president, who arrived in the White House in 1992, and an economy that grew by an average of four per cent a year between 1992 and 1999 — it was in the shadow of a pandemic that had decimated downtown’s denizens. “By 1988 AIDS had taken half my Rolodex,” Susanne Bartsch, the queen of New York nightlife, told Simon Doonan, who had turned the department store Barneys into a cultural touchstone thanks to his window displays featuring effigies of Karl Lagerfeld, Tina Brown, et al. This fuelled a carpe diem-style spirit that spread through music, fashion and art. “It felt like there was so much going on,” says the photographer Catherine McGann, who documented the city’s frenetic nightlife for The Village Voice. “There was this spirit of freedom, from one’s self, from society’s expectations, from the politics and anxieties beyond the club walls. Every breed of New Yorker came together, from candy-eyed ravers to rappers and their entourages and Wall Street suits. A whole generation had been lost, which just seemed to make the next generation determined to fight harder to make its mark.” 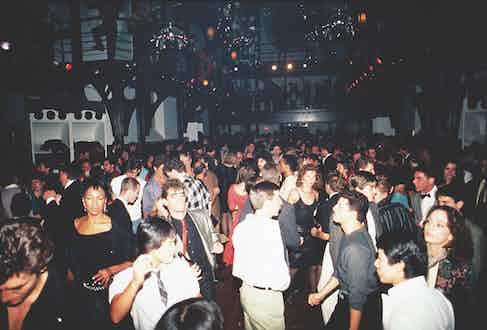 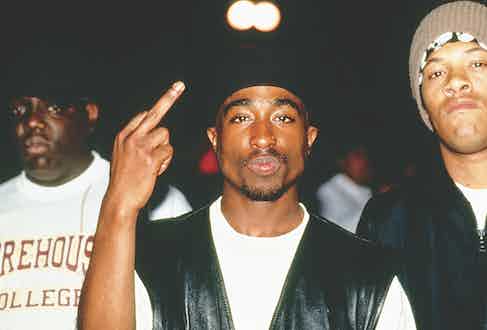